Ever since I saw this toy breakfast set on Olimomok, I've been obsessed with Mother Garden. The toys are insanely cute and intricate right down to a tee! I was ecstatic when I discovered that Bebe Lollitots warehouse clearance sale was having Mother Garden at 25% off but it was hard work persuading Hubs that we NEED a masak masak (pretend play cooking) set for Bubs.

Hubs: "He's a boy! Boys don't play masak masak"
Me: "Lots of famous chefs are male, Gordon Ramsey, Jamie Oliver ..."
Hubs: "But but but ... it's all pink! And there are strawberries everywhere!"

I kept insisting that we had to get at least one toy cooking set and brought both Hubs and Bubs to the sale. I went berserk - there were piles of lovingly detailed toy sets, from ovens with moveable dials to eggs that break into half with little yolks inside. I kept dithering until I finally narrowed my choices down to two: the picnic set and the takoyaki stall. 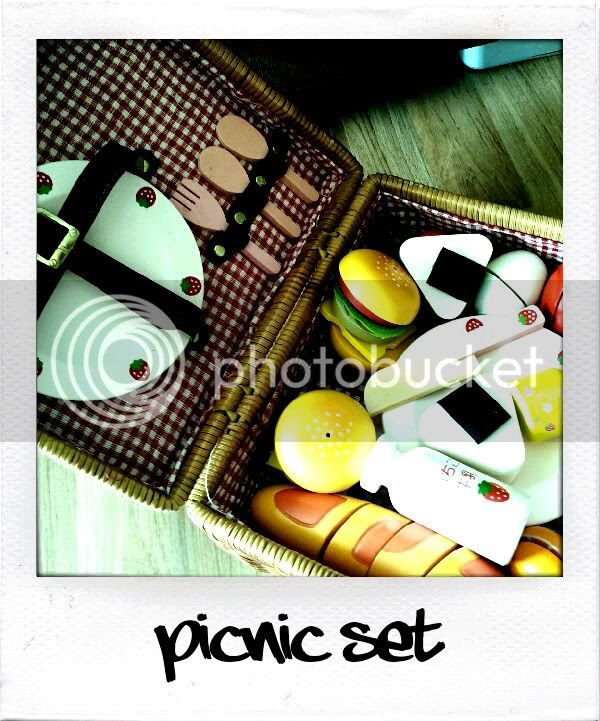 Can you believe that every single thing here is made from wood, including the plates? Wooden plates! Such a novelty for me, I mean Bubs, since these are supposed to be Bub's toys, not mine. The onigiri is so detailed that you can actually remove the "seaweed" velcro and remove the halves to reveal a circular/triangular filling inside and the wooden rice halves have concealed magnets inside so they snap together easily when you put them back. 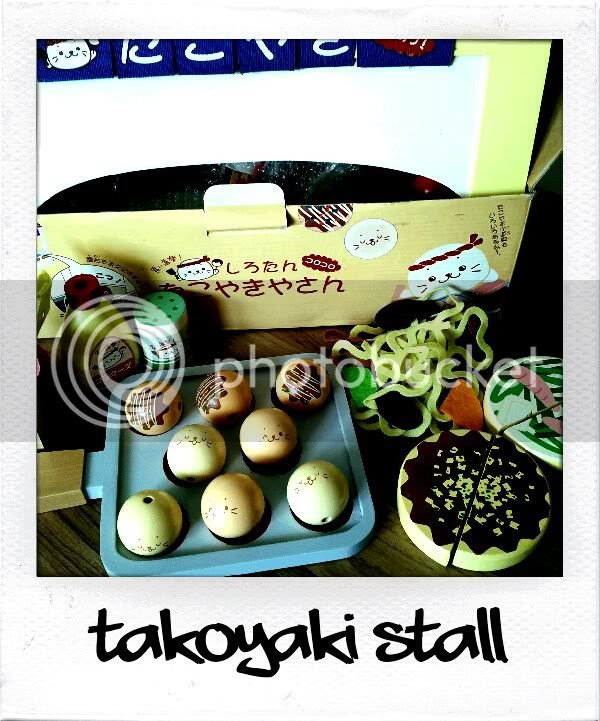