A Glimpse of Being Parents of 2

A and A had a steamboat potluck at her place and I was eager for Bubs to play with Little M who's about 2 years older than him. Things went well at first, Little M and Bubs seemed to get along. Until disaster struck. Little M was showing Bubs his toy car when Bubs insisted on riding it and refused to share with Little M. All hell broke lose when I tried to make Bubs share and both were crying. I felt so bad that Bubs made another little boy cry :( 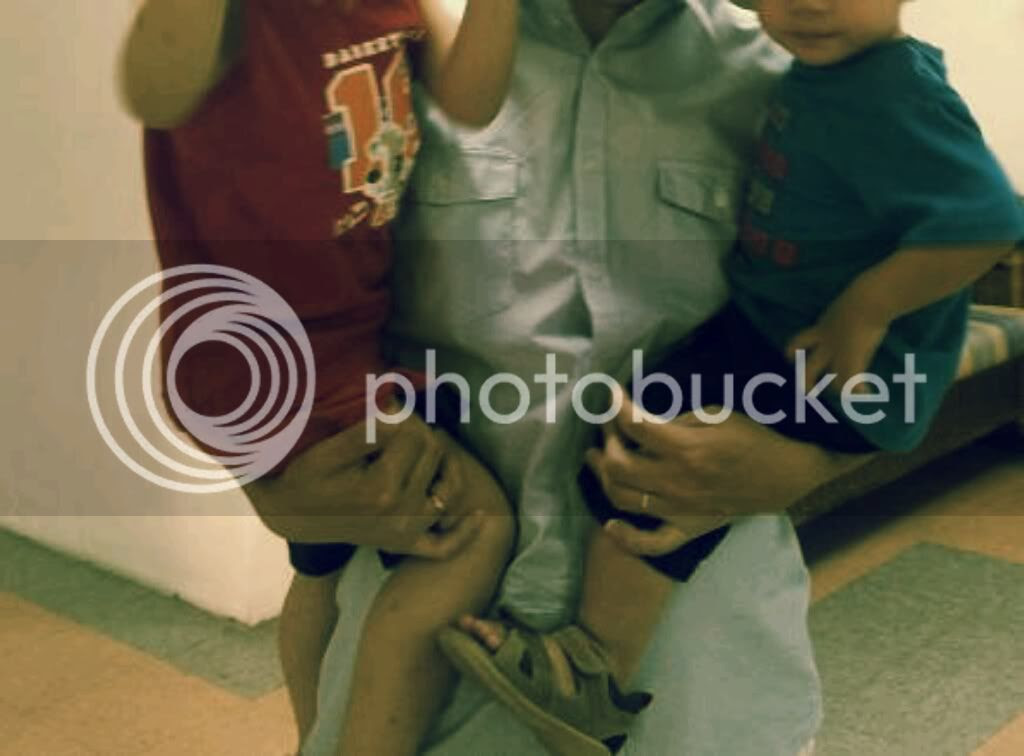 It got further downhill. I was surprised that Bubs had an insanely jealous streak. He protested loudly whenever Hubs or I tried to carry Little M. Hubs ended up having to carry both of them together! My finest moment was feeding Bubs and having to tell Little M a story at the same time; at any time when I slowed down in any aspect, either one of them would protest and fearing another tantrum, 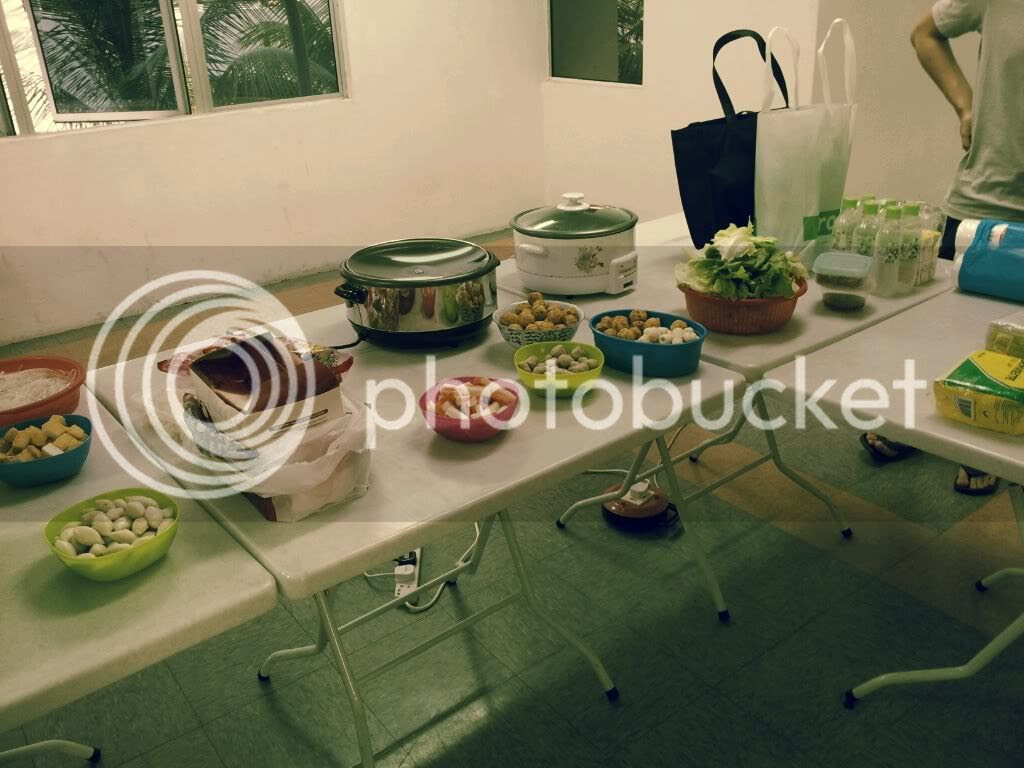 Look at the oodles and oodles of steamboat choices. 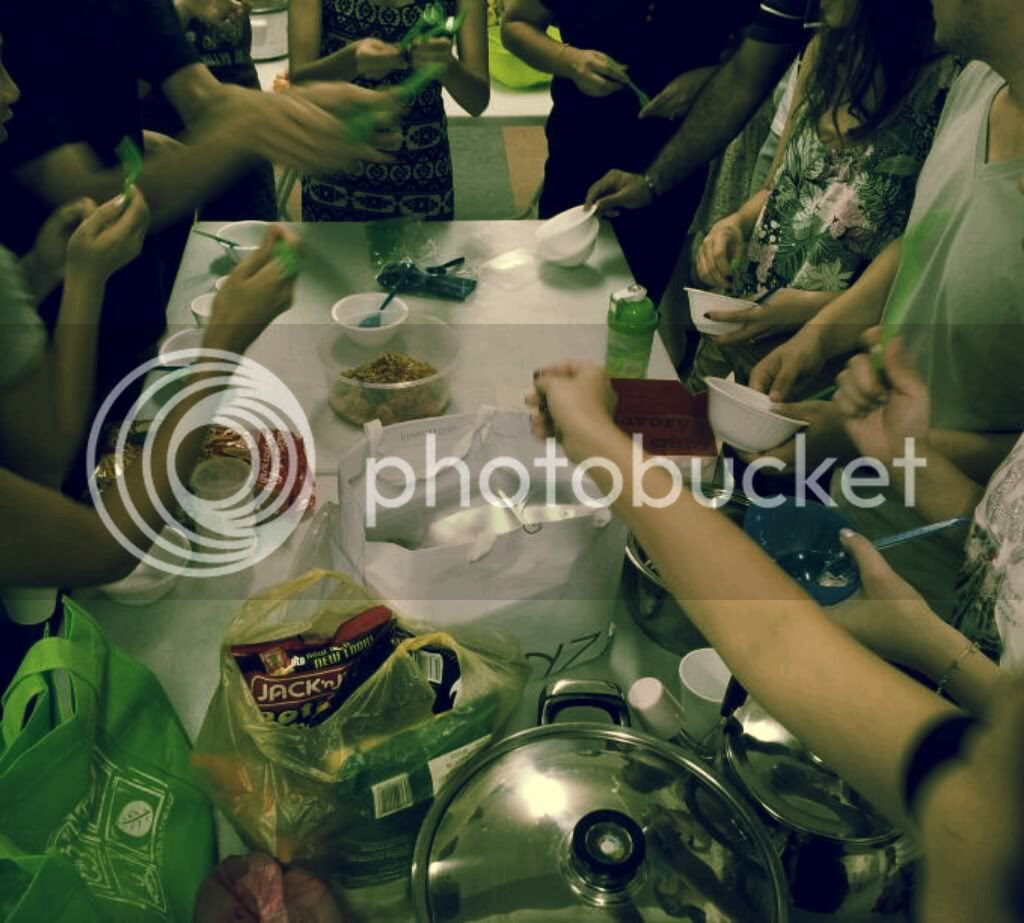 Everyone getting ready to lou sang. There were a lot of unfamiliar faces around which probably explained why Bubs looked so freaked out and kept insisting on us carrying him.

A & A - thanks so much for having us over - we'll be back for a play date when Bubs is a little bigger!
Posted by The Nonya at 8:03 AM

Email ThisBlogThis!Share to TwitterShare to FacebookShare to Pinterest
Labels: CNY