It's been a couple of weeks of huge milestones for us lately.

Bubs FINALLY had a loose tooth after enviously watching his friends loosing their milk teeth. We waited for a a bit, encouraging him to shake it with his tongue but we could see the new tooth creeping up behind. Hubs was concerned about Bub's front teeth getting misaligned so I took him to the dentist who agreed that it's best to have it extracted.

The dentist was so patient and Bubs was enthralled with the screen overhead that was playing cartoons so much that he only realised what was going on when she asked him to close his eyes while she deftly pulled it out after an anaesthetic spray. He cried a little then perked up after she said that he could have icy desserts to make up for the pain. 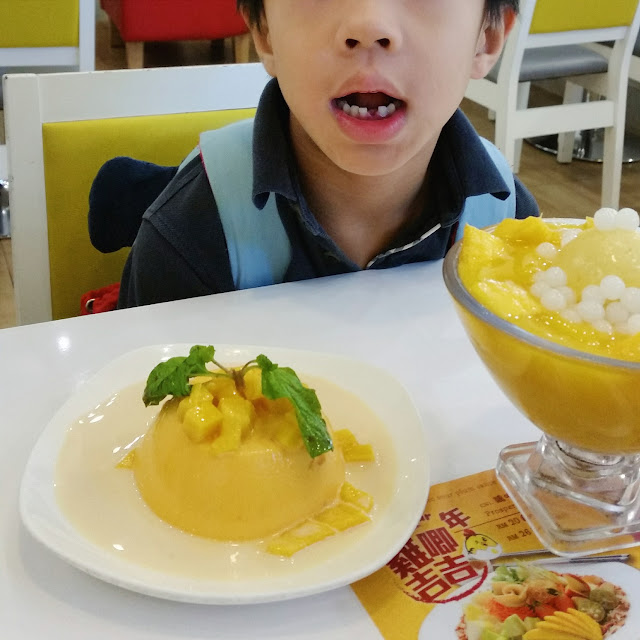 I can't believe that Bubs is now in primary school! He was teary-eyed during the first week and there was even a point where I think I saw Hub's eyes getting suspiciously wet too ;) 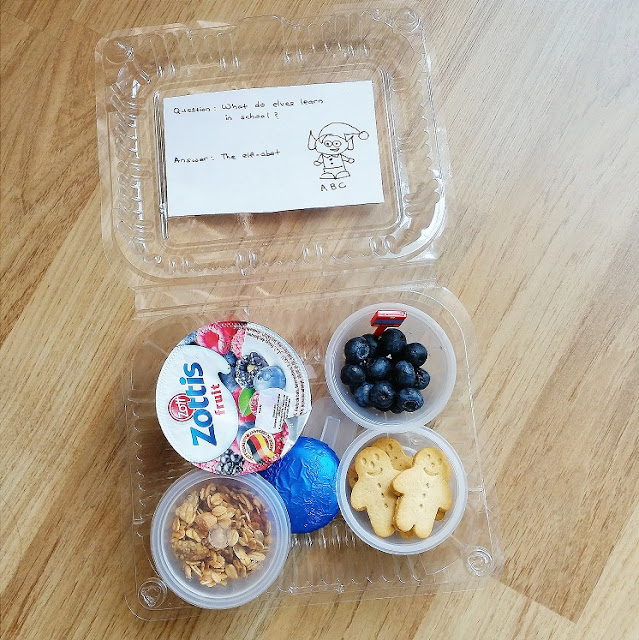 I've to admit, it's been quite a mad rush getting Bub's recess lunchbox prepared at 6am each weekday so I do it the night before. I find it challenging trying to add food that doesn't require heating up whilst trying to keep it balanced with a mix of protein, carbs and a serve of fruit, in addition to nagging him to please-for-the-love-of-God to remember to bring back his lunchbox. This is a variation of his lunchbox: yoghurt, muesli, blueberries, biscuits and a small chocolate button. I've also started adding cutesy lunch notes. 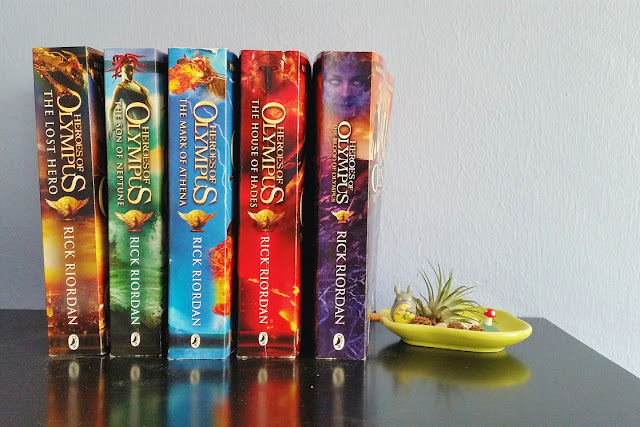 On the reading front, I got hooked onto Rick Riordan's books after borrowing a copy of the Kane Chronicles. Bubs and I find Percy Jackson really entertaining and it's gotten Bubs interested in Greek and Roman myths.
Posted by The Nonya at 1:34 PM 0 comments