Counting Down to the Chinese New Year 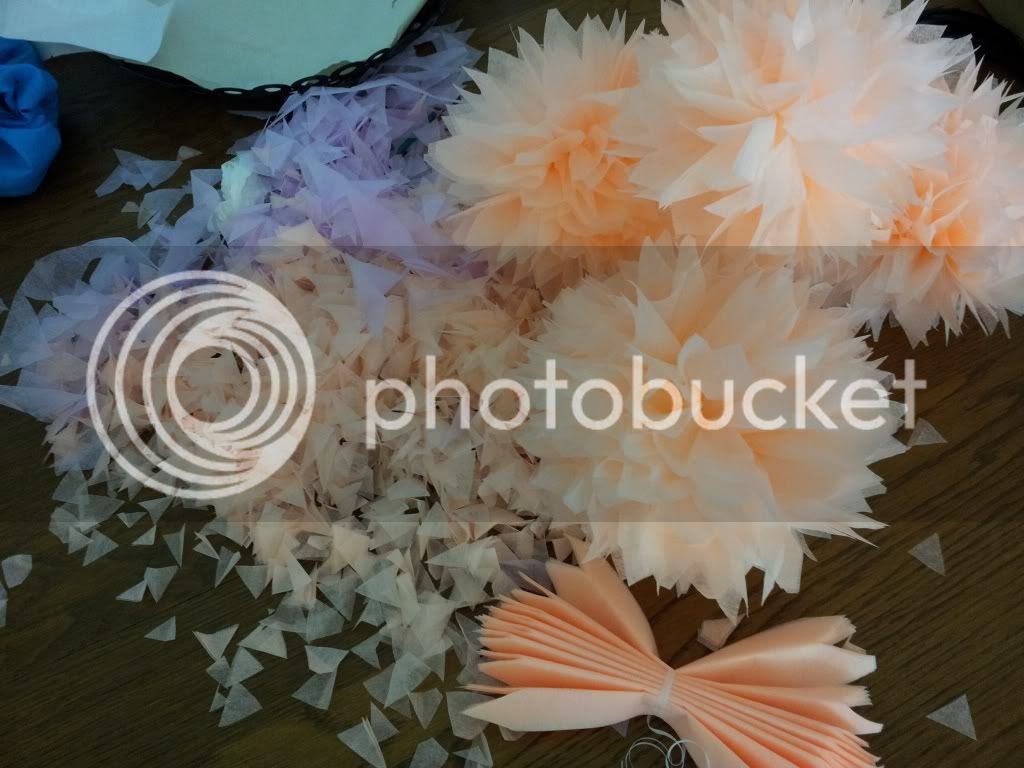 Are you as excited as I am about Chinese New Year? Just a week more to go! I've been making these paper pom poms and leaving behind a mess of colourful confetti all over the dining table. 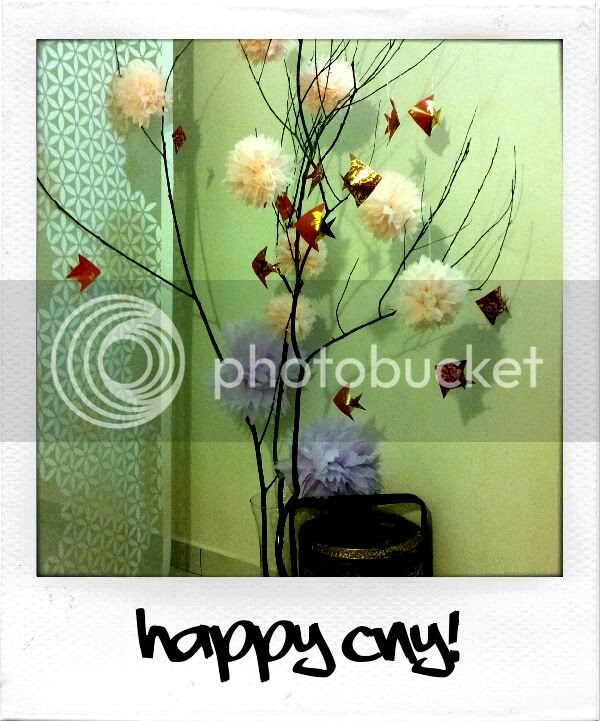 It's evident that I've been hard at work. Scouting for tree branches wasn't as easy as I thought, especially when carrying Bubs in tow. Some were covered with webs and other creepy crawlies. Others were still high up on the tree. Folks, don't believe anyone that tells you it's easy carrying a toddler in one arm and jumping madly while trying to yank down a branch with your other arm. Bubs was giggling hysterically as dried leaves scattered down on us. Hubs took the easy way out by asking the gardeners if they could find us some. Hmmmmph. 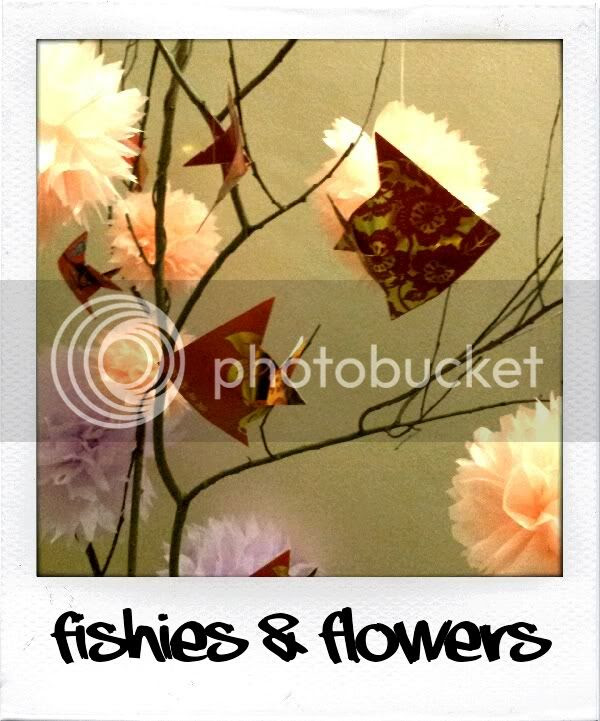 I first spotted these tissue paper pom poms on Martha Stewart's site but still got lost trying to figure these out. It's clear that a genius with handicraft I am not. Thankfully, Styleberry had more detailed step by step instructions and a video.

After 14 pom poms later, I learnt that: dental floss works great when you can't find florist wire anywhere, the bigger the pom poms the more sheets of paper you need, if you find it impossible to snip through the paper for the edges just cut them a few layers at a time.

And if all fails, you can just get them gorgeously ready made from this Etsy seller.
Posted by The Nonya at 9:01 AM