I'd fond memories of my parents taking my sister and I to the Butterfly Farm when we were younger so I was keen on recreating the memory for Bubs. It was a nice, long drive to Teluk Bahang and Bubs slept all the way through.

The entry fees were steep - RM18 per person for locals! And extra for foreign tourists! At least they stopped charging for people to bring in cameras. Dad said when we were little, the price was only like RM3 or so. Yikes. 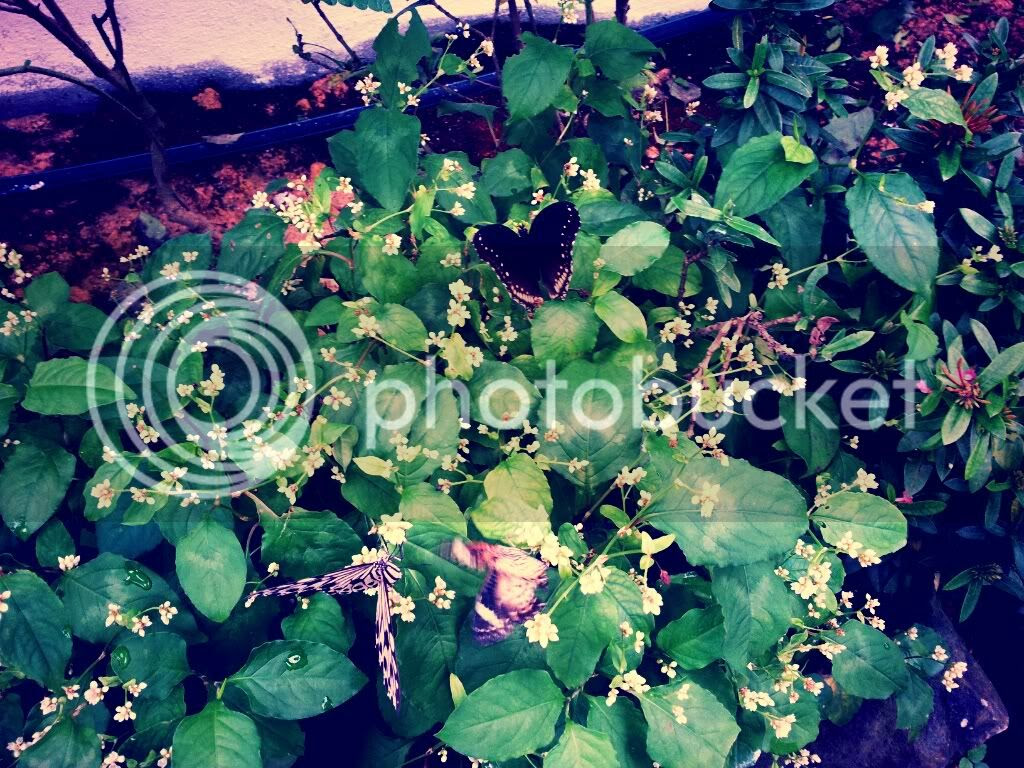 We took one step in and it was awfully mesmerising to say the least, butterflies were everywhere. The small garden had lush greenery, colourful flowers and dotted with butterflies. If you're lucky, the butterflies would even rest a while on your fingers or shoulders. 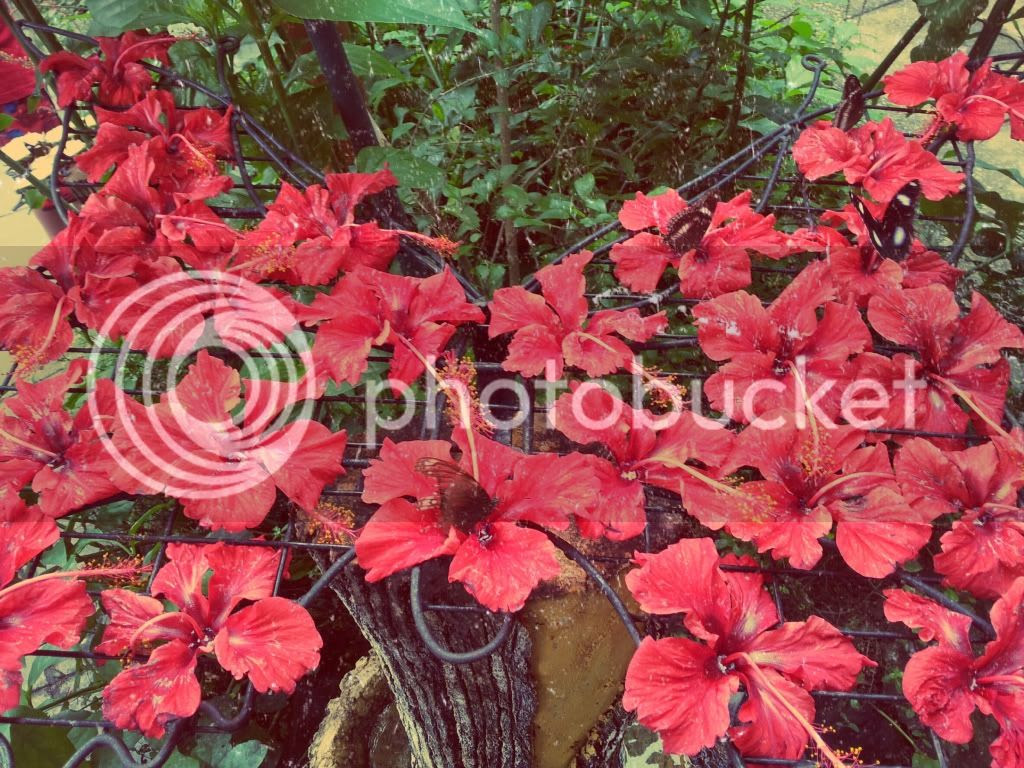 I found the butterfly feeding station fascinating, they had wire platters in the shapes of giant butterflies (what else) covered with either hibiscus or pineapples for butterflies to feast on 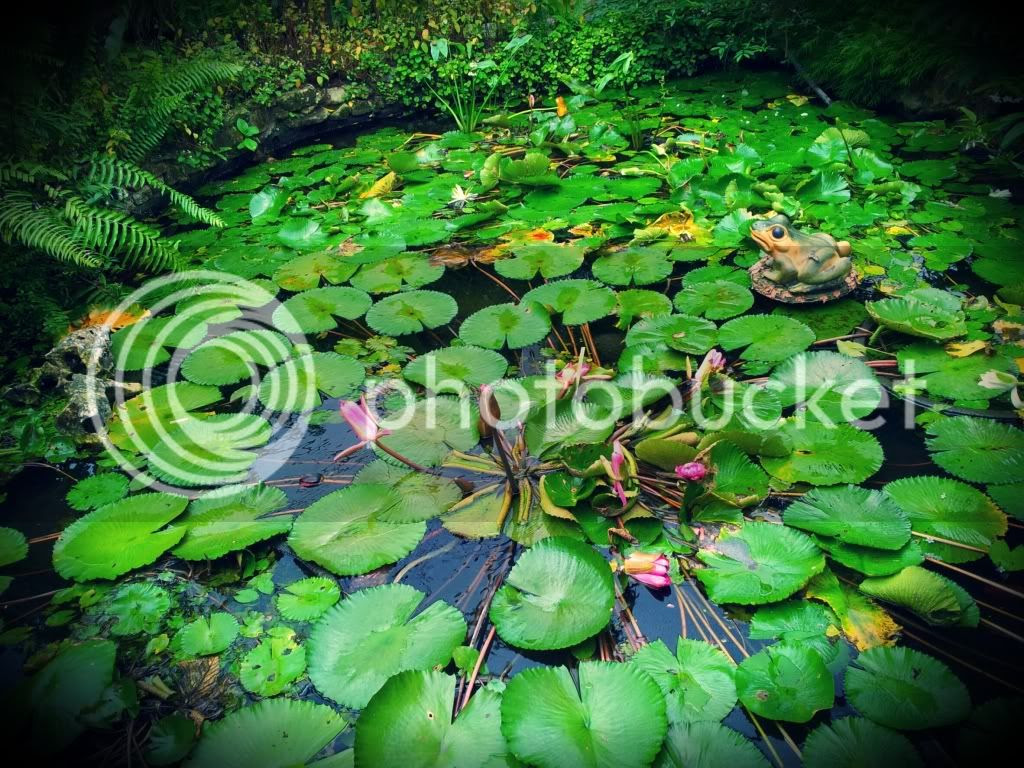 There was a waterlily covered pond that Bubs found fascinating. I was terrified he'd jump in. 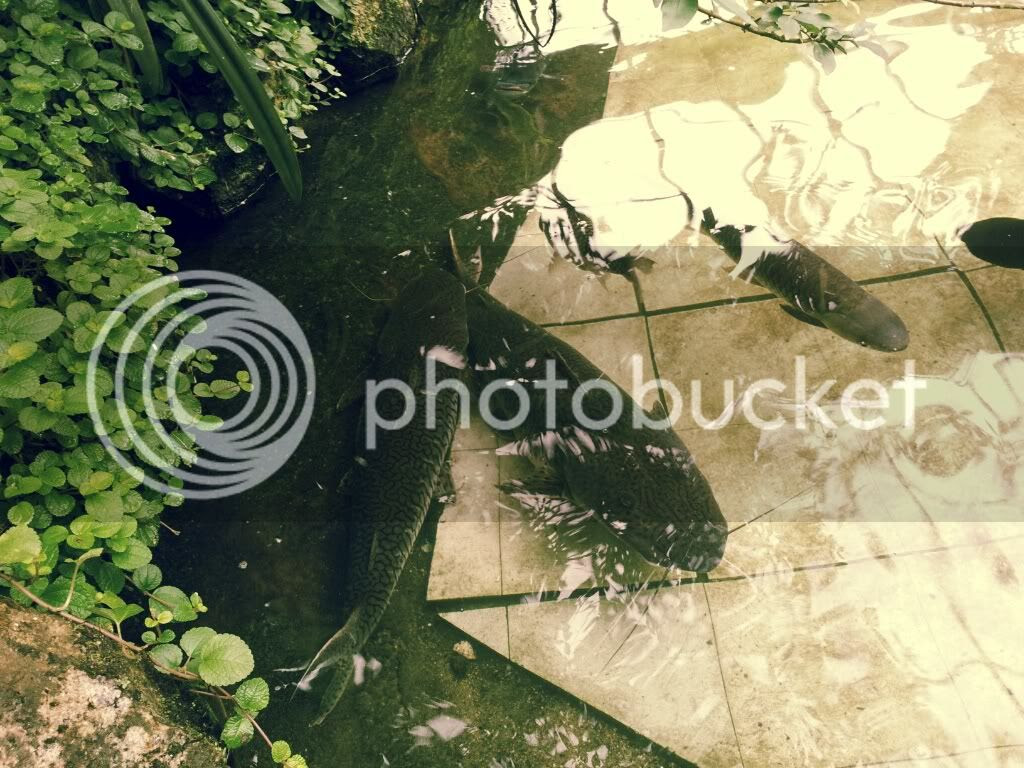 And another pond filled with the largest catfish I'd ever seen. They didn't look very friendly. I wouldn't want to be wading through that place alone in pitch darkness. 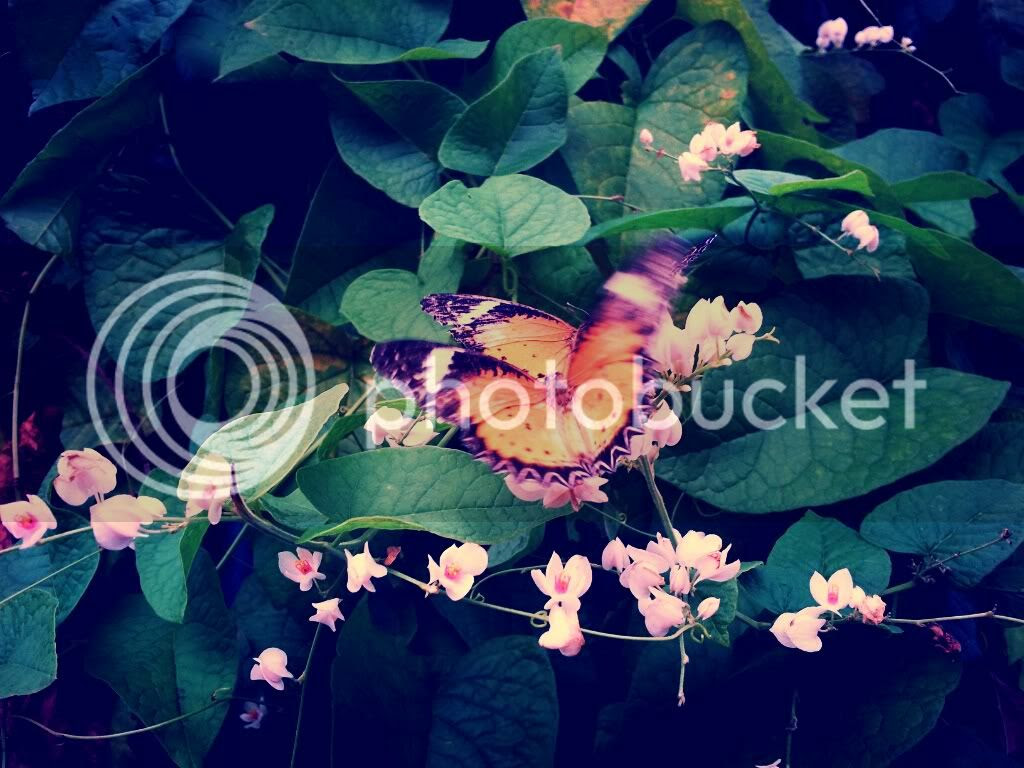 The Butterfly Farm was pretty small and we covered the whole garden area in less than 30 minutes. Hubs was complaining that it was a bit of a let down and I told him it was an educational field trip for Bubs. Hubs then asked "Bubs, where's the butterfly?" Bubs promptly pointed to the display case of beetles.
Posted by The Nonya at 1:39 PM