The Swollen Eye and Elmo

Bubs had a bit of a swollen eye, it didn't look that serious but Hubs insisted we had it checked out. We went to the doctor's first thing that morning so there wasn't too long of a wait. Thankfully, the doctor said it looked like it's probably just a bit of an allergy to maybe dust mites and told us to give him some Aerius. 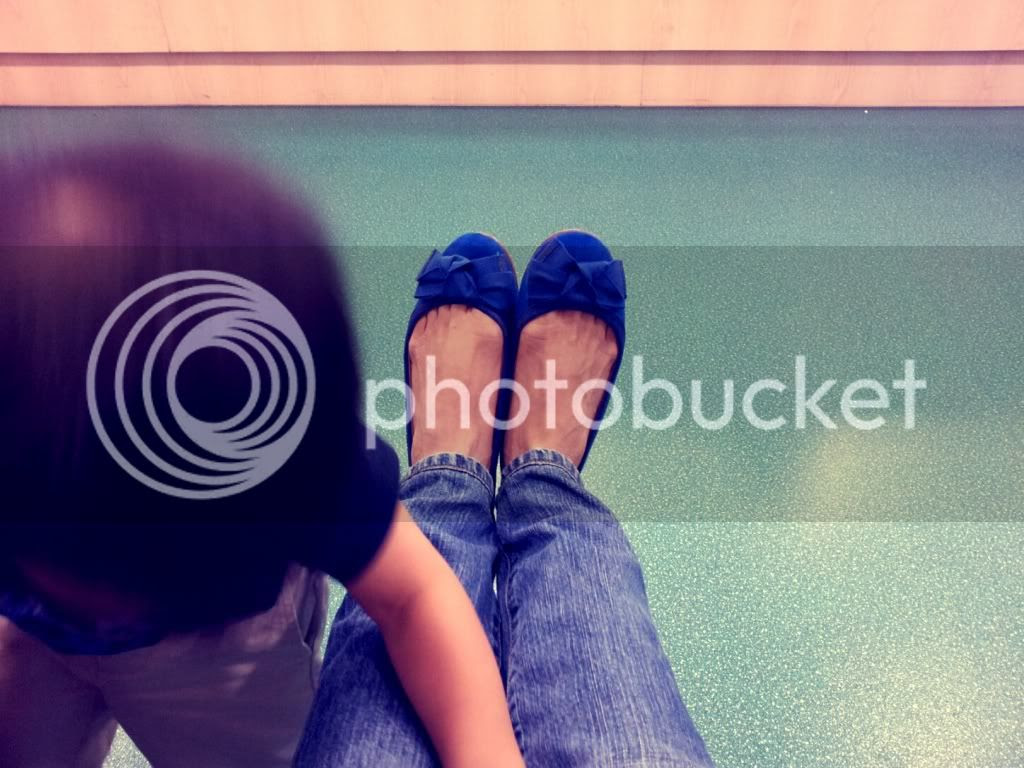 I got bored waiting for our turn and snapped a photo of my electric blue ballet flats. Bubs got impatient and decided he wanted to be in the photo. 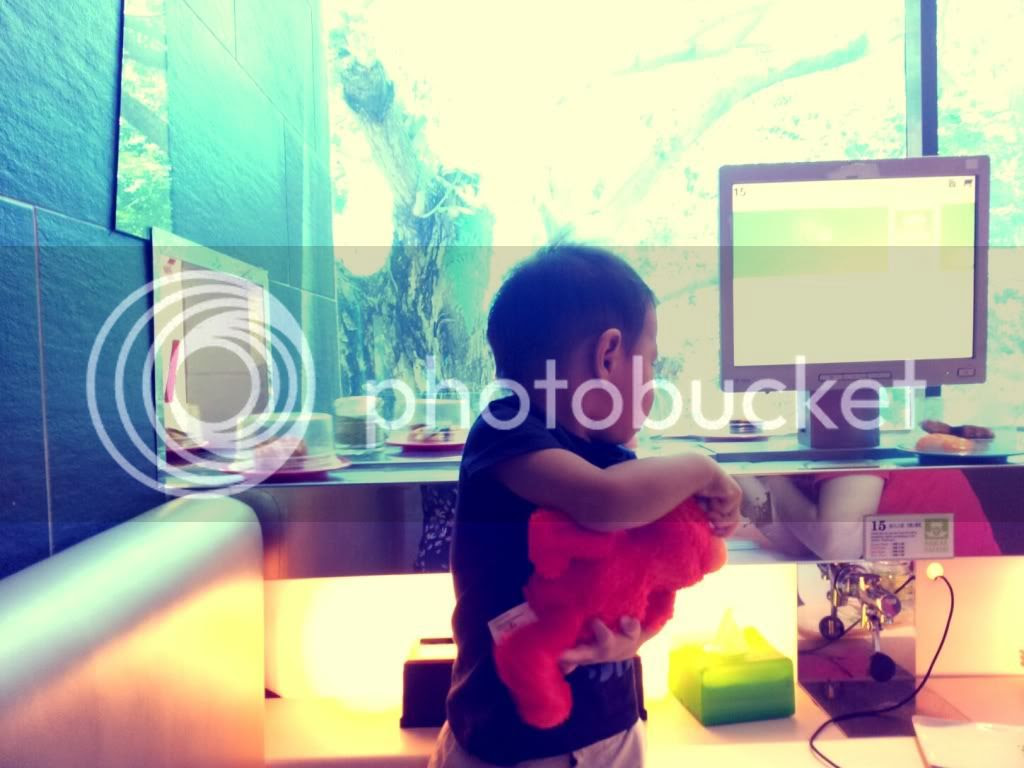 After that, we went mall trawling again *grins* We'd a gift voucher so we took Bubs to the toy department and watch him go nuts there. He's in this Sesame Street phase and he seemed to really like Elmo so we got him a talking Elmo which he adored to bits. I was actually looking for a Tickle Me Elmo which used to be really popular a whole back but I think they stopped selling it here? It was kind of cute watching Bubs carry Elmo everywhere he went, hugging and petting it. 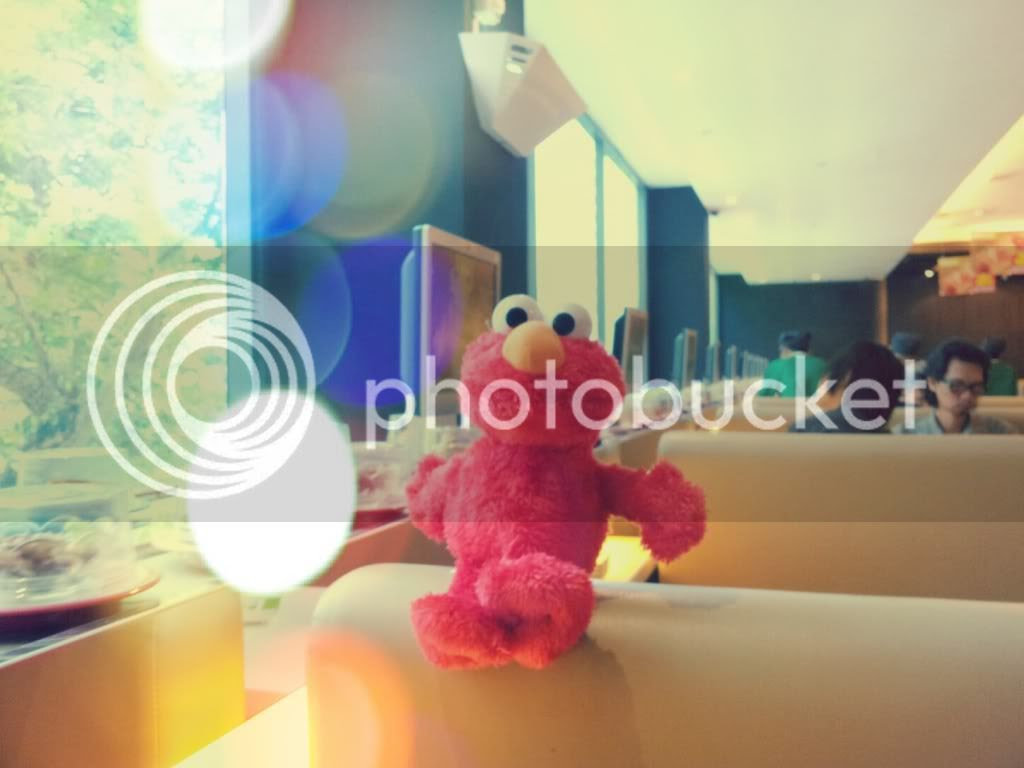 Elmo tagged along with us everywhere we went. 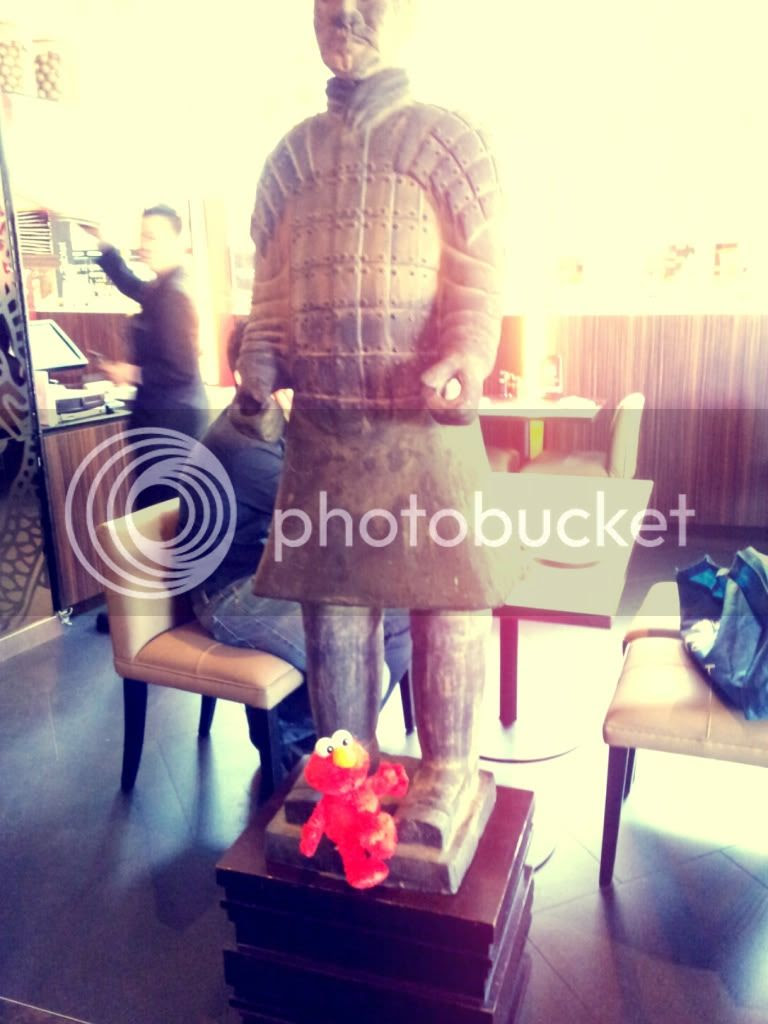 This is Elmo right before the Incident, Elmo's fur is still plush and has that new toy smell. If you look at the blue shopping bag on the chair, it contained a bottle of apple cider vinegar. Moral of the story: never put a glass bottle full of strong smelling liquid on a restaurant chair and forget about it. I knocked it over, the bottle shattered and the whole restaurant was filled with the tangy smell of apple cider vinegar *blushes* Elmo's fur got soaked and Bubs was wailing because we wouldn't let him hold Emo. Lets just say we left a generous tip along with the bill and couldn't leave the restaurant fast enough.
Posted by The Nonya at 9:19 AM