The Banana Bag, Cadburyland and Dinner with Friends 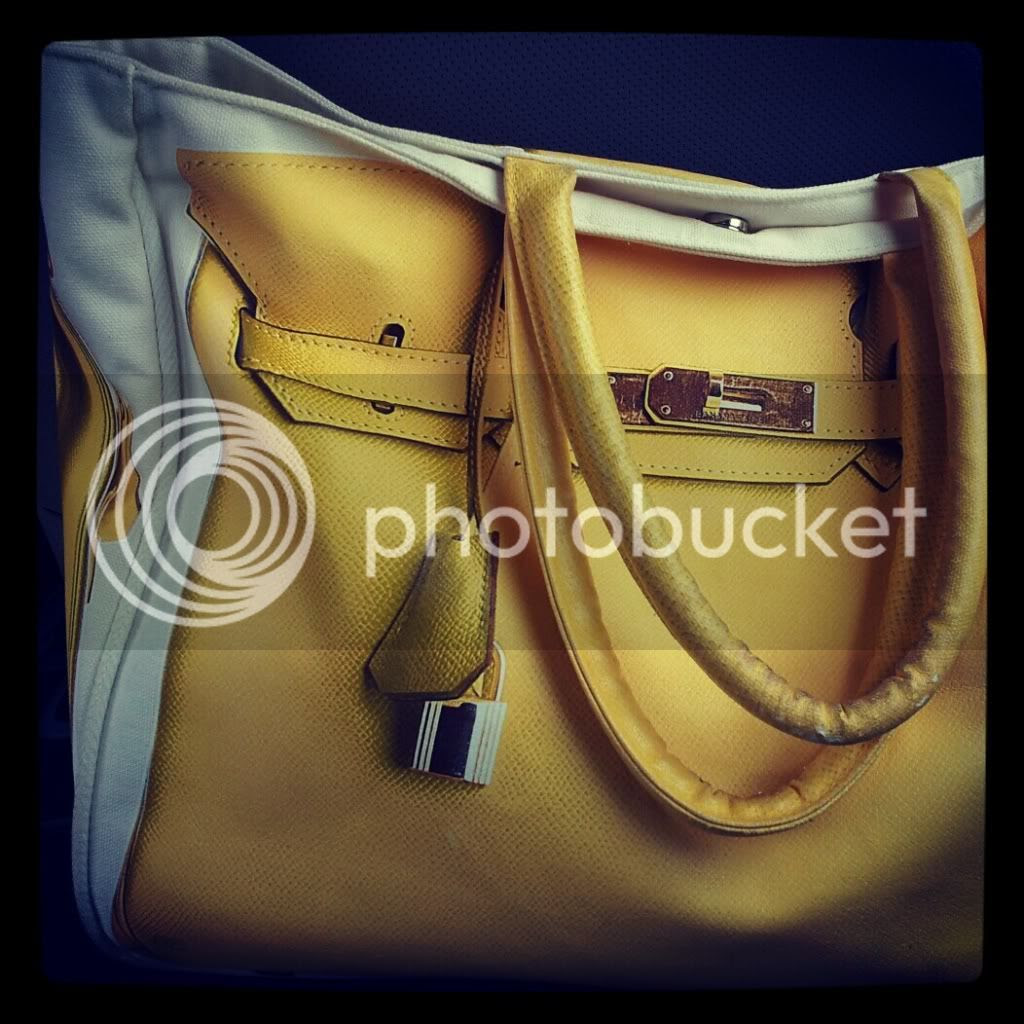 Check out the wonder that is the Glamazon's Banane Taipei bag. When she first told us the price and how much it'd cost for her friend to courier it here, we told her that she was nuts. The Glamazon was so in love with the bag, we all received a crash course in how to authentic a Banane Taipei bag (they come with certificates of authenticity) and how the yellow one is a special edition. It does look cute and fashionistas have been asking her about it whenever she carries it out! 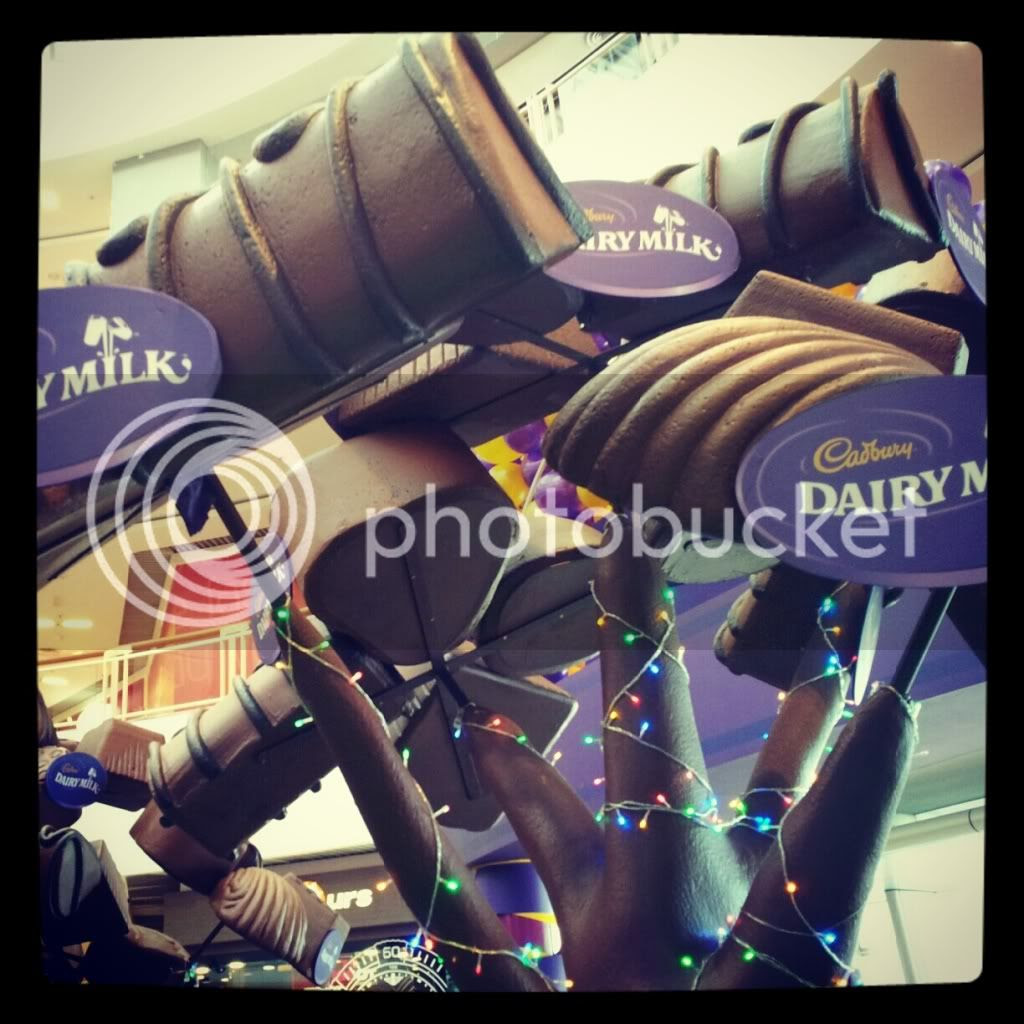 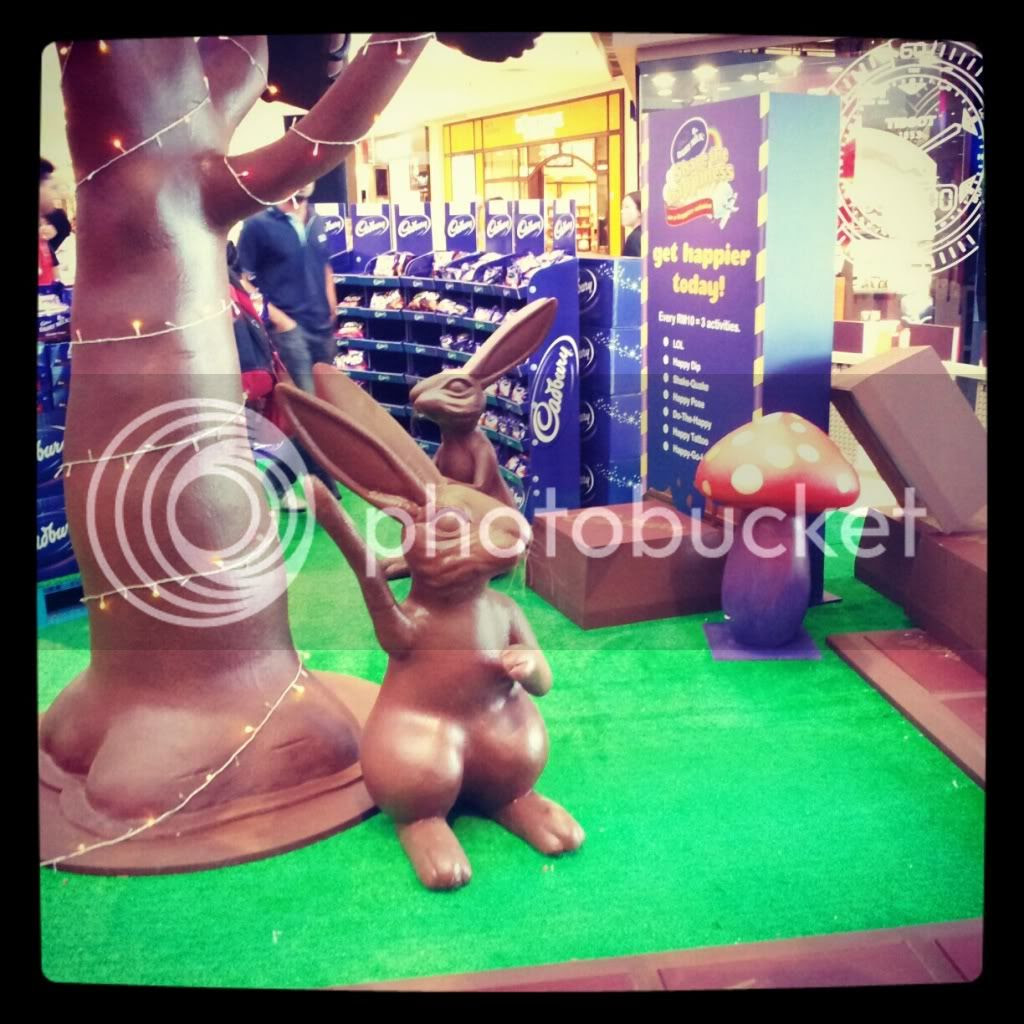 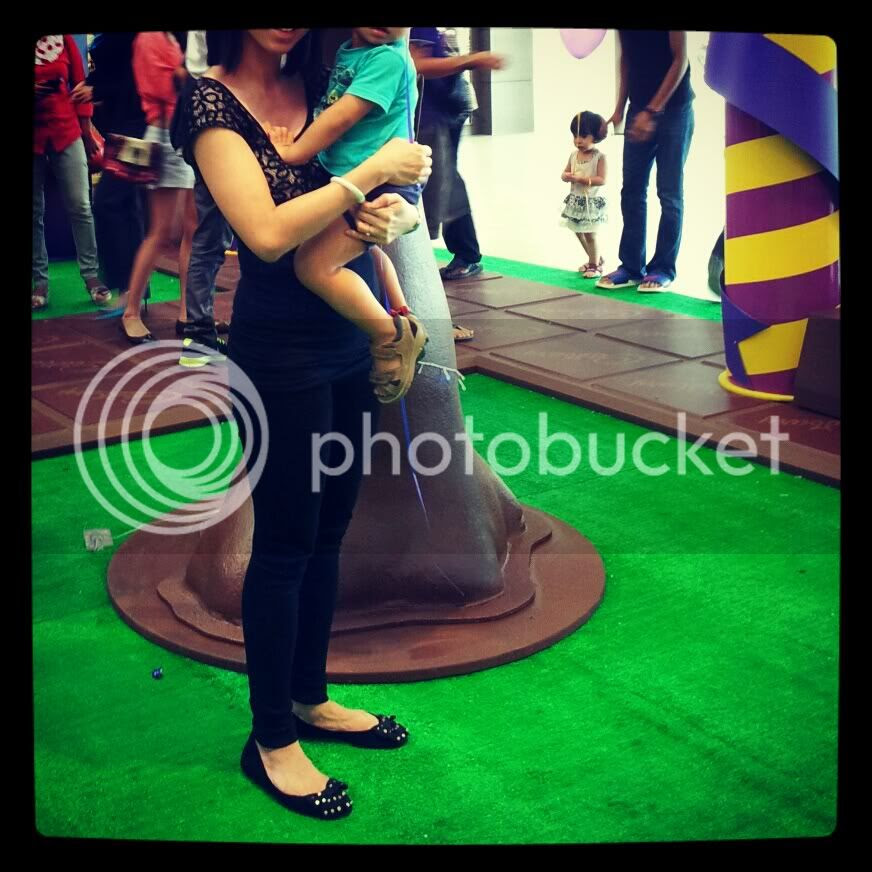 If you've ever tried to imagine how Willy Wonka's chocolate factory in the book would look like without watching the movie, head down to the Cadbury promo booths at Queensbay this weekend. It's easily one of the best decorated promo booths I've seen in a long while. There are trees sprouting chocolate truffles, larger than life sized chocolate bunnies and toadstools along with paving made from the iconic Cadbury chocolate squares. They are incredibly generous with samples and balloons to keep the little ones happy. I also spotted a photo booth and chocolate fountains with marshmallow skewers. 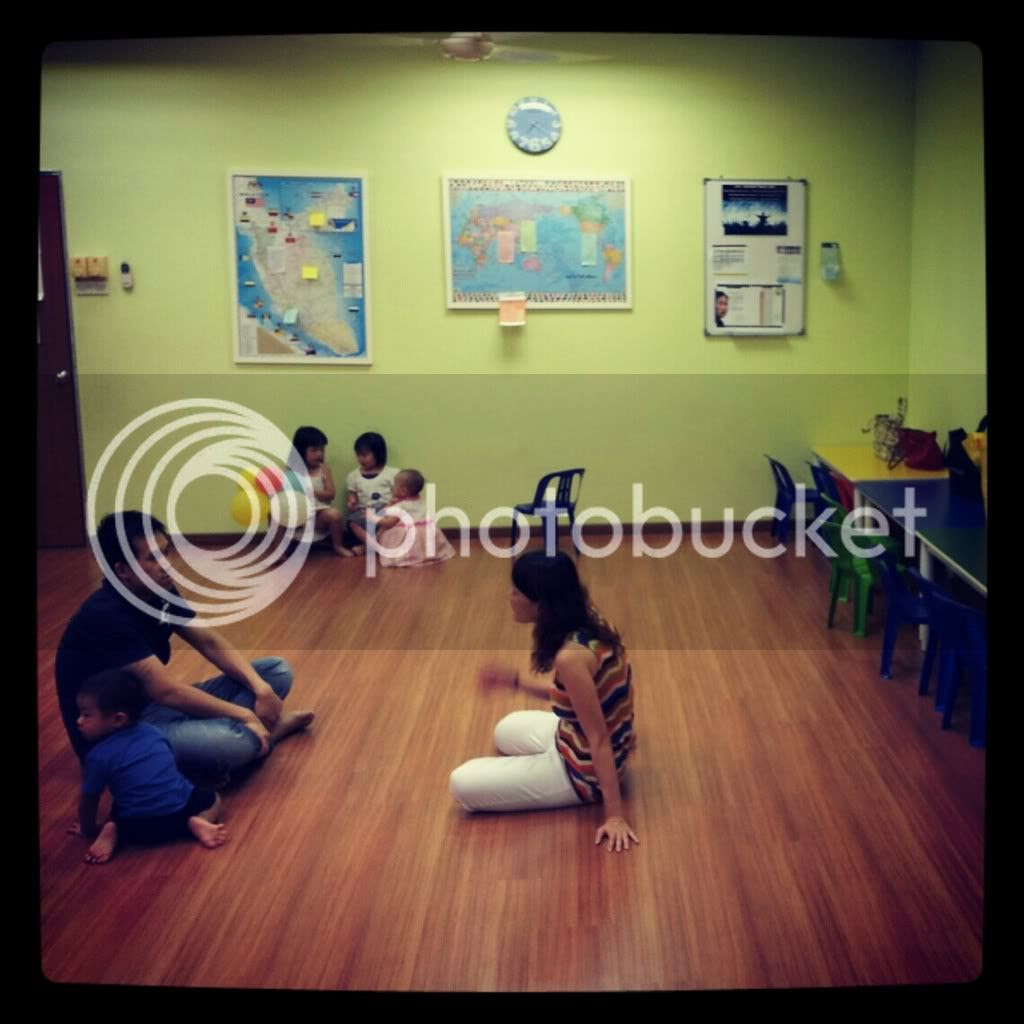 Emm invited us to her church's dinner and again, Bubs was incredibly shy whenever they were other children around, he clung to us tightly and didn't really want to mingle with the bigger kids. I did spot him shyly approaching girls that were much younger than him and tried to take their hands to shake, hehe, it was kind of cute! It went a bit pear shape when I was carrying him out from a room and his finger got caught at the door. Poor Bubs cried so hard and his squished finger was such an angry shade of red :( It took so much cajoling and ice cubes on his finger back home to get him to calm down.
Posted by The Nonya at 10:05 AM