Our dining out and mall trawling has gotten to a point where each time we drive past a mall, Bubs points at it and says happily "walk walk!", even at malls where he's never been before, making me wonder how does he even know that those are malls? Is it based on some kind of shopaholic gene that I've passed down to him in his DNA blueprint?

Contrary to popular belief, yes, we are capable of spending time at home without going out ... well, sometimes, that is :) 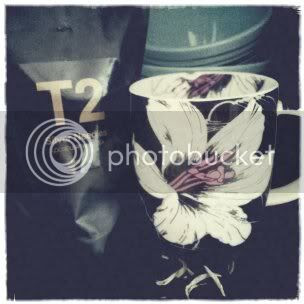 The best thing to do at home is to make a hot cup of tea and slowly sip it while curling up in bed, enjoying the brief silence and peace while Bubs is asleep during his afternoon nap. It may sound like a terribly old lady habit but the British have got it right that there's nothing a nice hot cup of tea won't fix. I'm currently fixated on silver needle white tea which is supposed to have the highest amount of anti oxidants, surpassing even green tea. It has a very light and clean taste, making it an excellent cuppa to relax with. 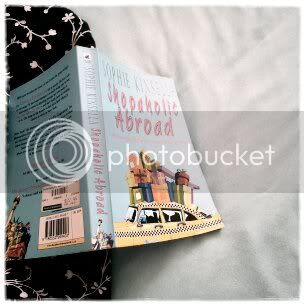 I love chick lit but don't really want to splurge on it, though I always make an exception for my favourite chick lit author, Sophie Kinsella. Her books often have me in stitches and is the thing ever to cheer anyone up. The Shopaholic series were brilliant and I think there's a little Becky Bloomwood in all of us! 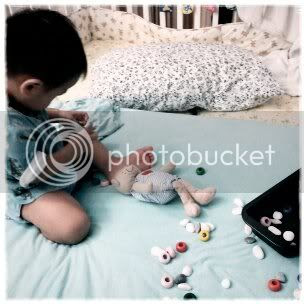 Mum gave me an old abacus but the frame broke so I kept the colourful wooden beads and it's now one of Bubs's favourite toys. I mixed the wooden beads with some clean pebbles, gave him some plastic spoons, ladles, an old loaf tin and a bunch of assorted bowls and voila! He can sit there for ages, happily pouring the beads and pebbles from small containers to big containers, scooping with the ladles and pretending to feed Teddy Bear, going "UMMM". It's funny how the best things in life are often the simplest :)
Posted by The Nonya at 9:33 AM