Unexpected public holidays (King's Coronation) are a bonus and and having a day off is perfect to just recharge myself for a while. 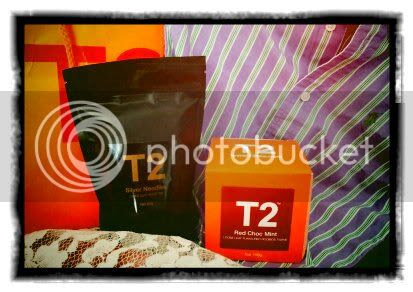 Aussie Godma's parents were back in town and passed to us a bunch of presents from her. Thanks Godma and again, you are spoiling him! :) There were boxes of T2 tea which I'd been wanting to try for the longest time, a purple and green long sleeve shirt for Bubs who'll easily be the chic-est toddler in the room with it on and a dreamy lace and satin skirt for me *heart* 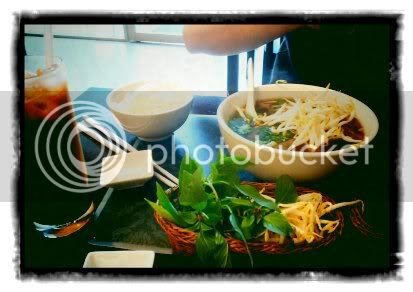 We had Sukhothai beef noodles (which unfortunately had a slight price increase) and tried their mango sticky rice which is easily one of the best ones I've ever had. The sweet and luscious mango chunks went perfectly with the warm, creamy glutinous rice. Hubs and I were debating over if there was a taste difference between the white and black sticky rice. He said the black one tasted a bit more fragrant ... I couldn't really tell.

There was a major earthquake in Indonesia in the late afternoon but we didn't feel a thing. I didn't even realise that there was one until my brother texted me. I thought it was some kind of joke and checked Facebook (yes, it's sad that I use social media for updates instead of news websites) and apparently the quake was felt so bad in certain areas that people were evacuated. Glamazon and BFF were at the 7th floor of Gurney Plaza and could feel the tremors very strongly, car alarms even went off though my dad was coincidentally at the ground floor and didn't feel a thing.

Shopping centres were closed for the rest of the day and there were fire and rescue personnel stationed along the coastal areas of Penang. Hoping everyone stays safe and that there are no casualties.
Posted by The Nonya at 9:27 AM