Our little family usually sleep in on weekends, it's our thing. After a long, hard week of school and work, weekends are meant for ignoring the alarm clock, reluctantly dragging ourselves out from bed only when Bubs demand breakfast and groggily shuffling around until close to lunch.

So when we uncharacteristically woke up at 6.30am on a Sunday morning - Bubs drew open the curtains and exclaimed "It's still night!" - we could only be headed to one place: the first Penang Hot Air Balloon festival held at the polo grounds. 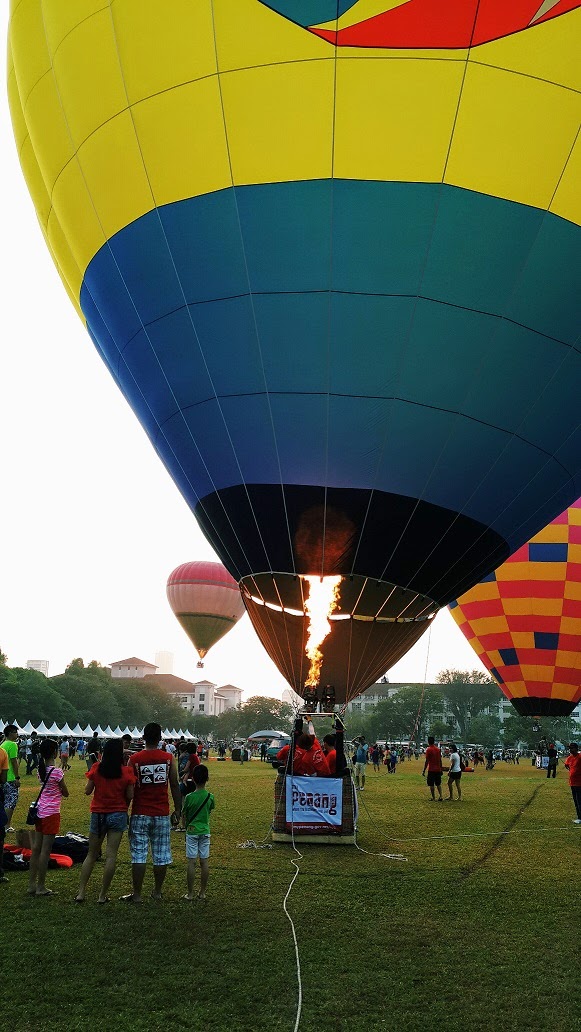 We had so much fun! We were surprised at how everyone was given unrestricted access to stand right next to the balloons and could see them being inflated and deflated right in front of us. Most of the balloons carried 3 tall gas tanks which were used to power up huge flames so hot that we could feel the heat. Just next to the polo ground was a giant Petronas gas tanker and also, very prudently, a fire engine just next to it. City council wagons were used to ferry refilled gas tanks and also anchor the hot air balloons down.

The RM25 tickets to go up in a 5 minute (tethered to the ground though) hot air balloon ride sold like hot cakes. Ticket sales were supposed to start at 7.15am but apparently sold out even before 7am, all 180 of them even though each person was restricted to a ticket each. Penang lang definitely know that the early bird always catches the worm ;) 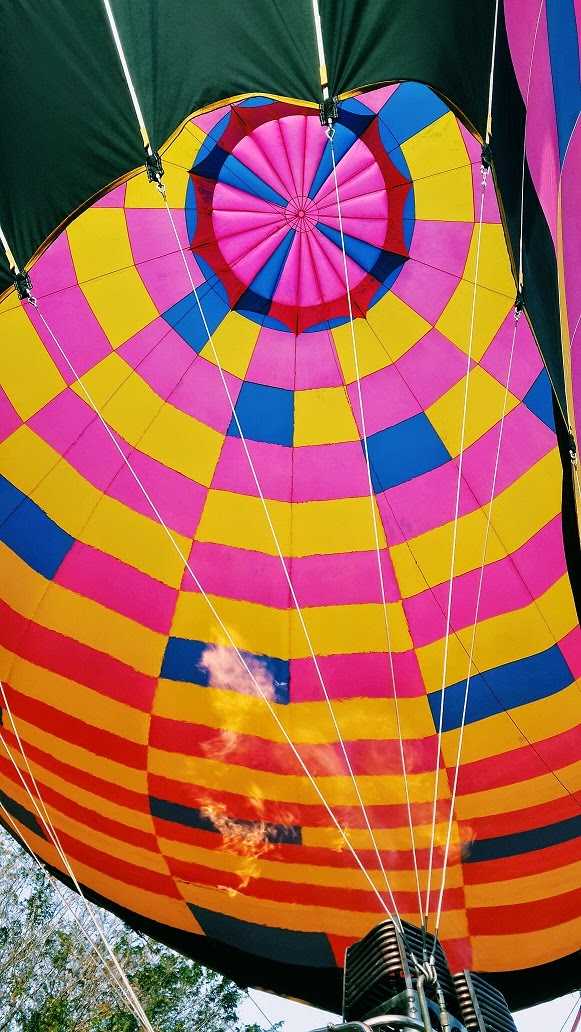 Bubs was torn between his curiousity and fear of the giant jets of flame that roared to get a closer look at the hot air balloons. I loved the perfect symmetry, the bright colours and the overall vibe. As the field was wide and spacious, it wasn't too crowded yet and we enjoyed walking around, goggle eyed with amazement. 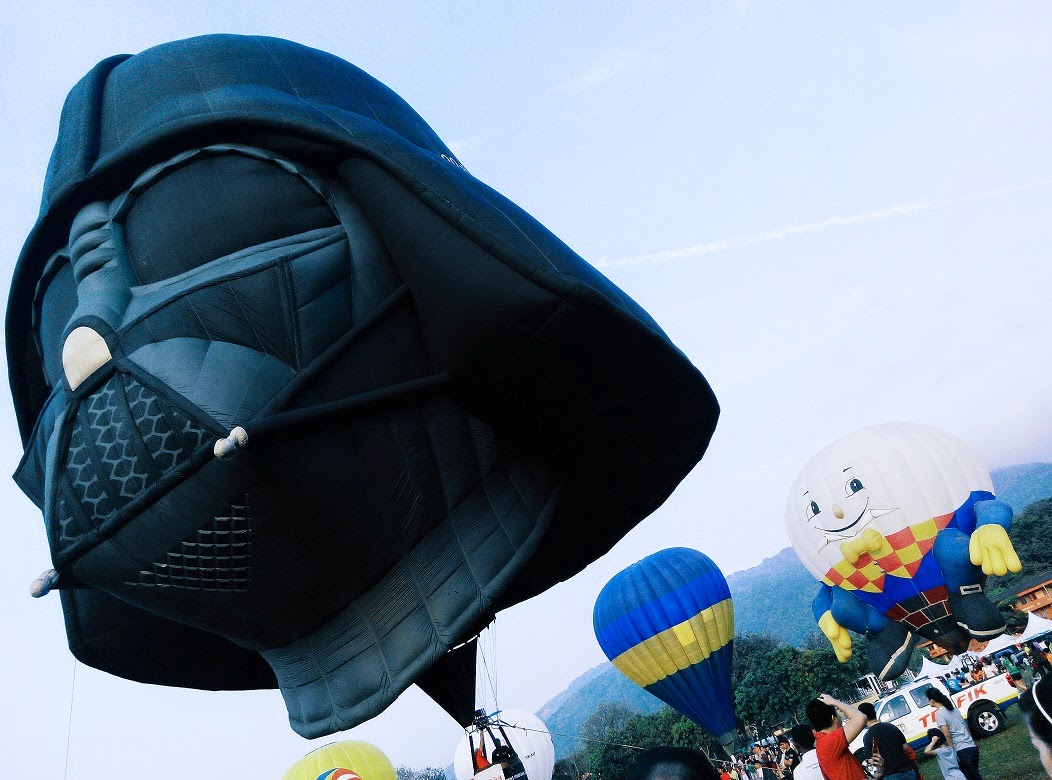 The Darth Vader balloon was the highlight of the event and drew a flock of admirers. Even Bubs overcame his fear to go have a closer look at it. 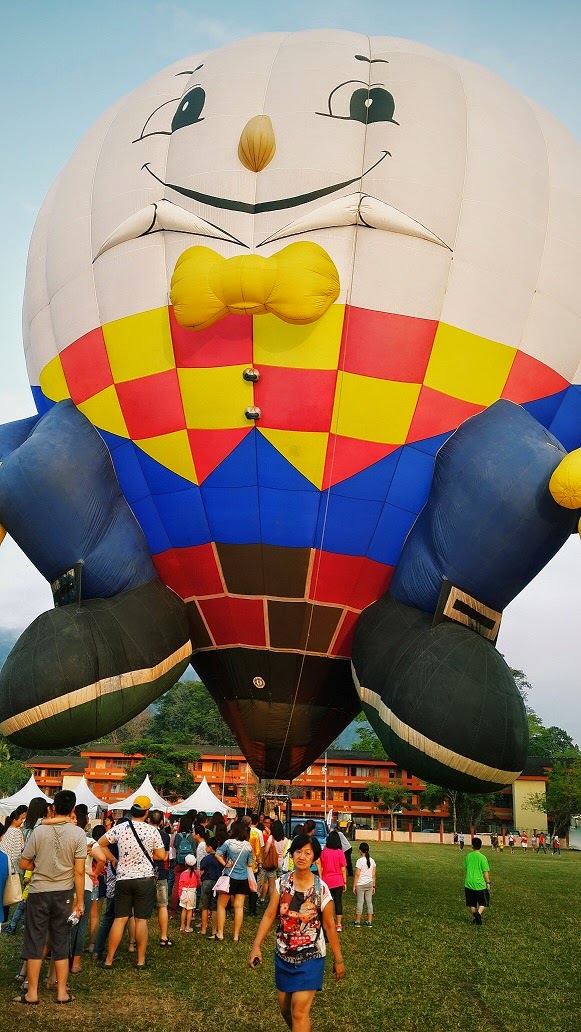 The crew of Humpty Dumpty were so nice. They allowed the members of the public to form a line and climb into the basket to take a photo with the pilot. 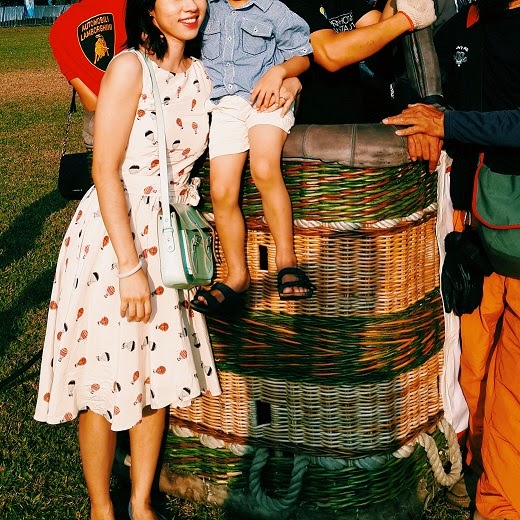 There were other friendly balloonists around as well that did the same. Here's a pic of Bubs and me to a hot air balloon in my well, hot air balloon print dress :D It was a lovely gift from Aussie Godma and I couldn't think of a more appropriate place to wear it to. 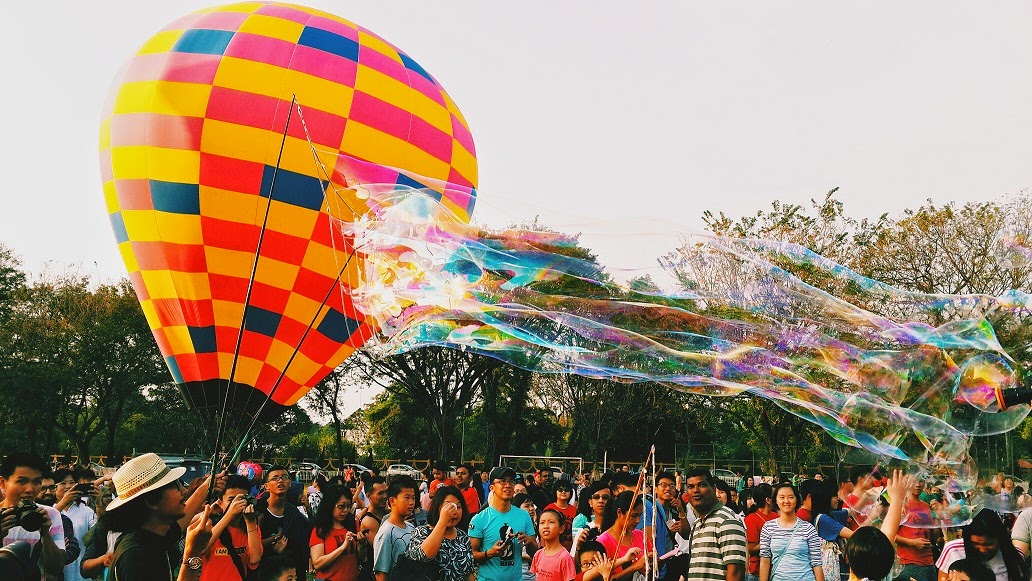 A guy was making the most ginormous bubbles ever with a pair of sticks and some string. It was a lovely, windy day so the bubbles flew out with such ease that the crowd went wild for them. People of all ages, young and old, chased the bubbles and raised their fingers to the air, trying to pop them.
Posted by The Nonya at 10:26 AM