Just some random peeks into our Chinese New Year for 2015. This year's celebrations were especially good: Hubs' grandma (in her 90s) recovered from her hip replacement enough to be mobile on her walking frame. It was so heart warming to see Bubs rush over without prompting to help her lift the heavy metal walker patiently, step by step, that everyone kept quiet for a moment. A few of my closest friends whom I haven't seen literally in years flew back from abroad. All of Bubs' cousins came back just in time as well. 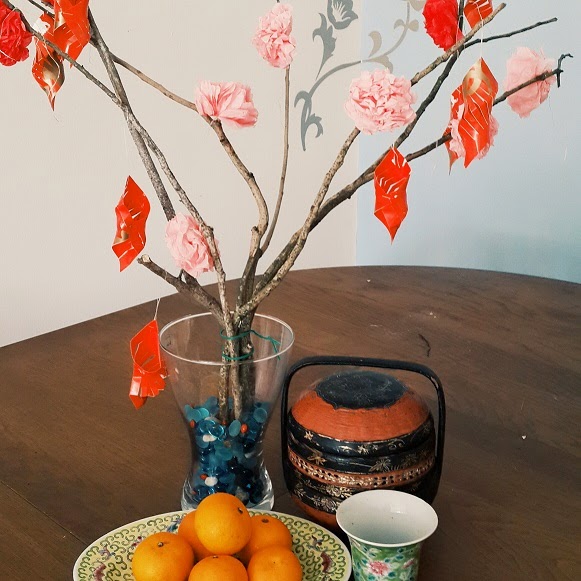 I'm stuck in a rut when it comes to decorating for festivals and I admit, I do it more for Bubs than for ourselves just so he'd feel happy. Bubs and I went around collecting fallen twigs and branches around our area for the centrepiece. 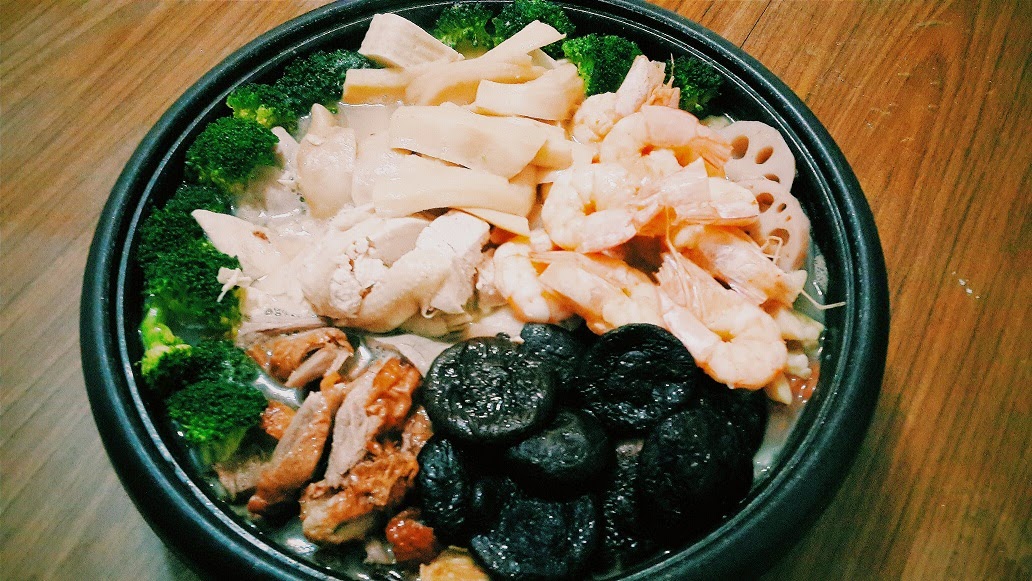 Poon Choy seems to be all the rage this year and MIL gave it a go this year for the reunion dinner. It was my first time eating it and I'd describe it as a high class claypot rice - but without the rice. Layers of broccoli, lotus root (my favourite), Chinese mushrooms, duck, prawns and random shell fish all braised in a stew. 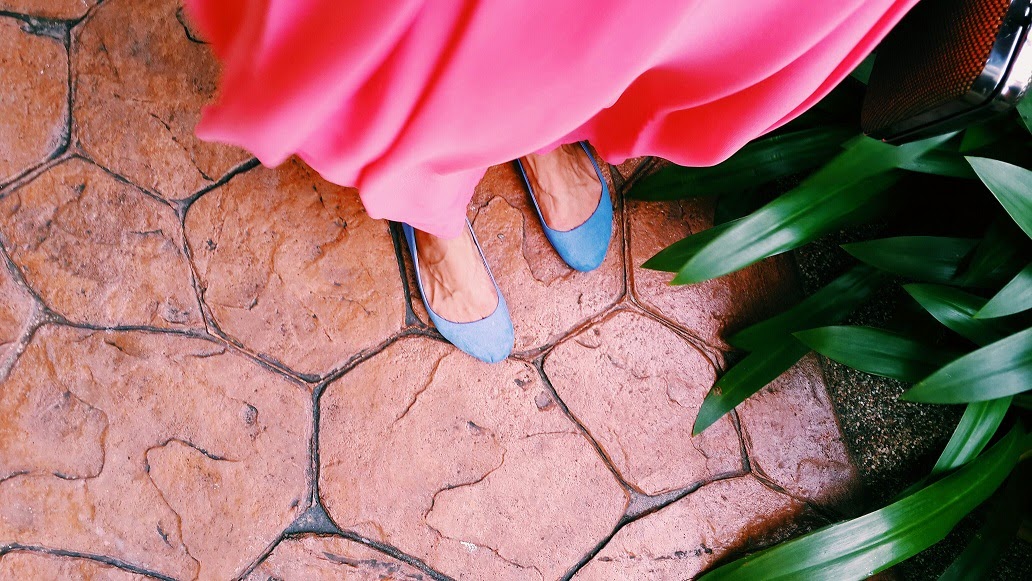 Ever year, it gets blazing hot during Chinese New Year and this year was no exception. I ditched skinnies and pencil skirts in favour of this coral flowy maxi skirt, a white singlet and sky blue H&M fabric flats. Effortlessly cool - literally! 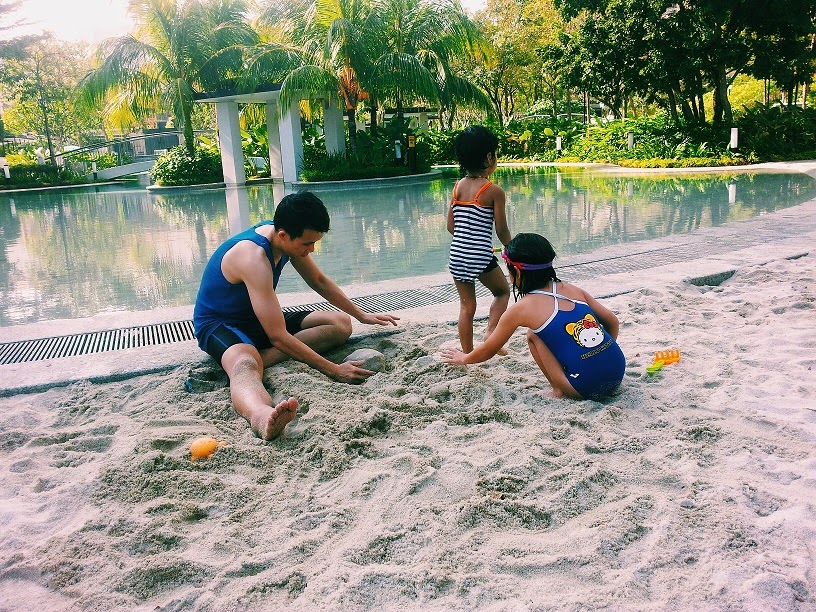 My aunt's friend invited us over to enjoy her apartment's pool and Bubs along with his cousins went bananas there. They loved the tiny stretch of sand along the kiddies pool and spent ages there building sand castles. 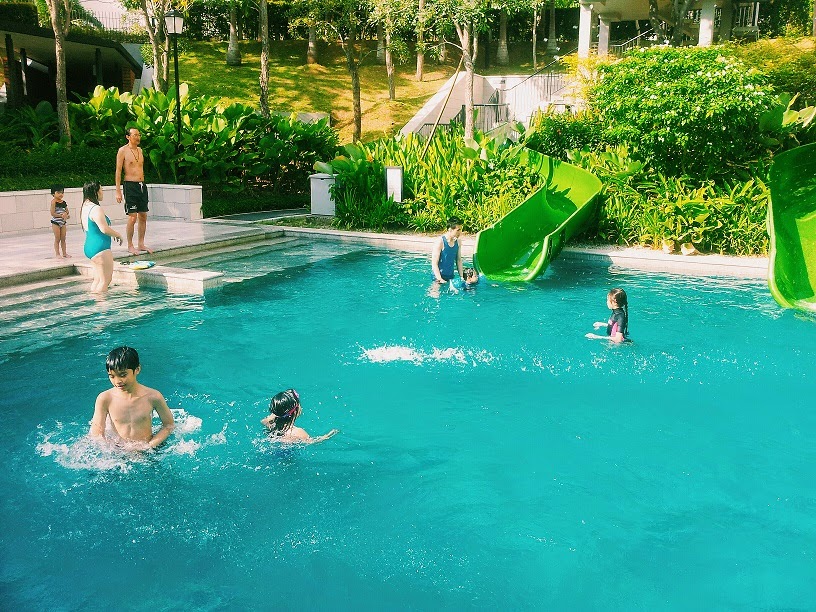 Bubs overcame his water phobia enough to be coaxed down the baby slide. Sun, sand and shallow water ... what more could we ask for? ;) 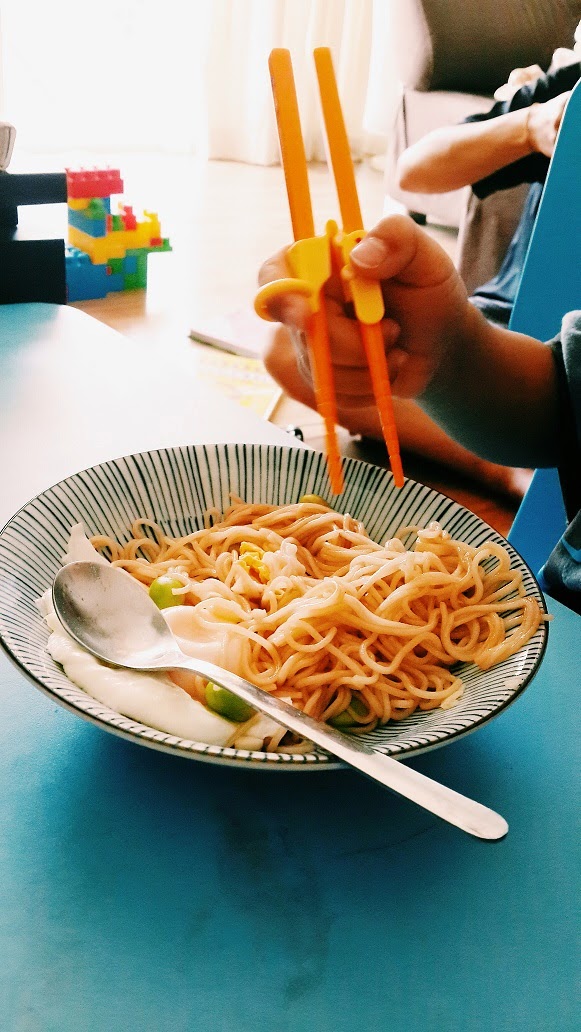 I got a Daiso chopstick training set for Bubs after he saw his cousin who's just a year older than him using chopsticks with ease. Bubs was thrilled to bits and used them a bit like tweezers to pick up his food, LOL. 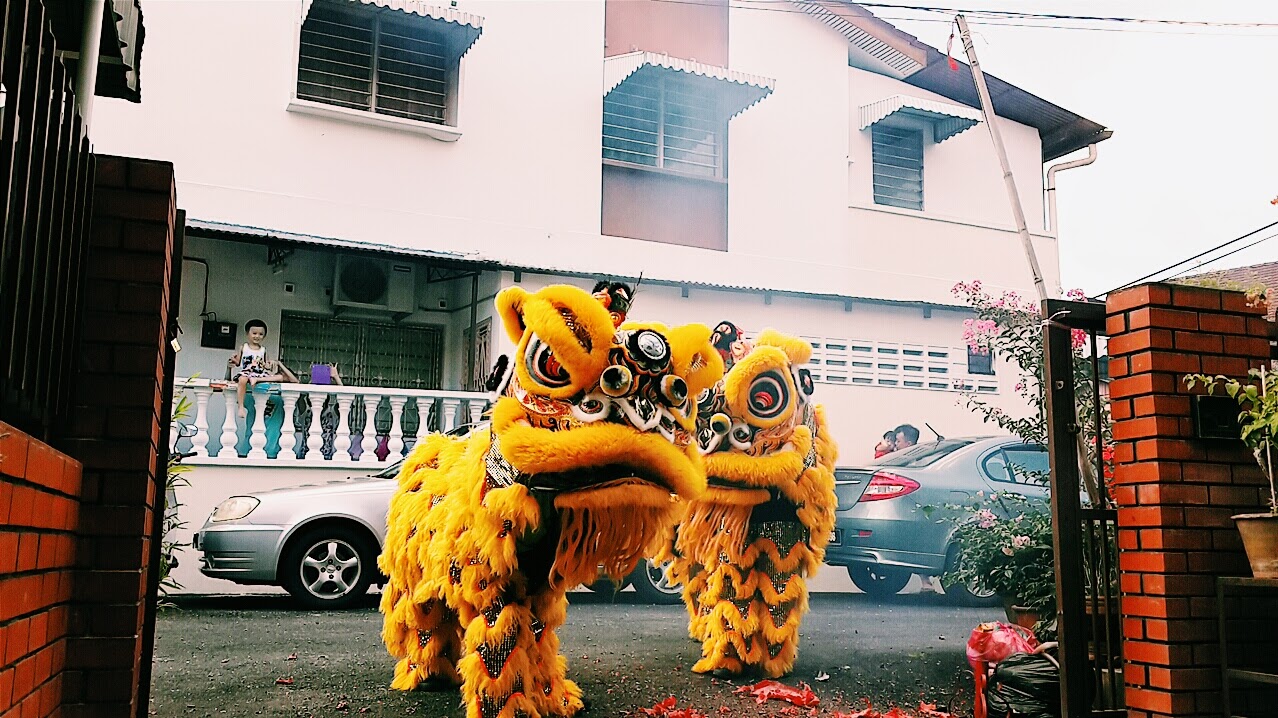 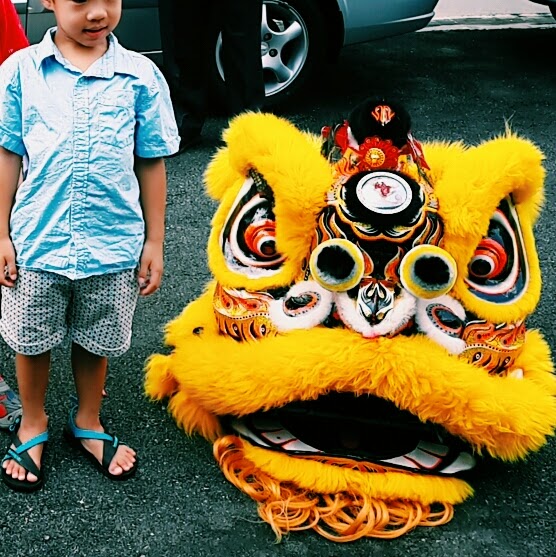 Kelly had a lion dance at her place so we jumped at the chance for Bubs to watch one up close and personal. He's a lot braver than me at his age - I can still remember being petrified of the lions and refusing to even stand next them for a photo. Bubs gamely stood close to them and even petted their rump, LOL. He went through a growth spurt so he shot up quite a bit in height, becoming longer and leaner. His cheeks still wobble a lil when he runs so I hope he doesn't outgrow that too soon.
Posted by The Nonya at 4:49 PM