Ladies and gentlemen, boys and girls, let me tell you a story. Once upon a time, there were no smartphones and only very few people had GPS devices. Back then, we relied on ... maps! *gasp shock horror* We'd actually download maps from Google, print them out and squint at them in the car so that pretty much limited the number of places that Hubs and I would venture to.

To the inventor of Waze, thank you very much. We'd never found Ong Cheng Huat Seafood on the mainland without it. It received so many rave reviews that we invited MIL and SIL to join us on this food hunt so we could order more dishes to share. 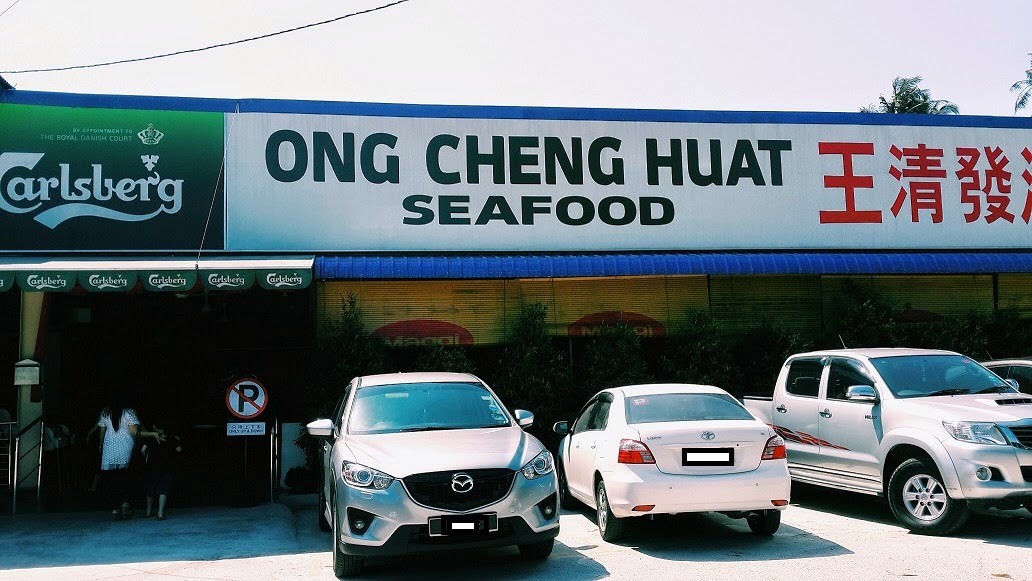 Ong Cheng Huat has recently moved to a building just right next to the old location. As with all good food places in Penang, it gets packed very fast so try to reach there before 12 noon. 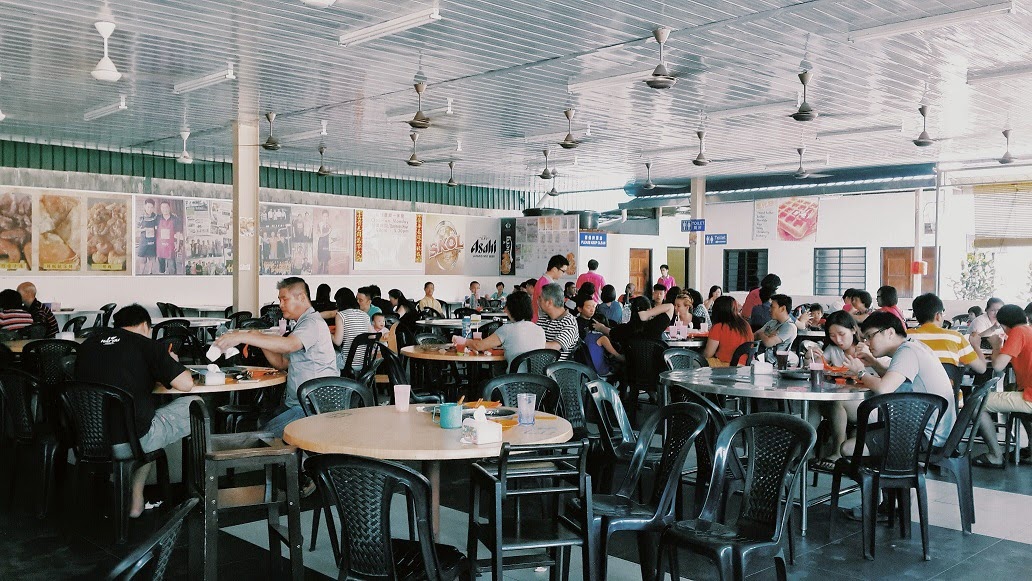 The new building is a lot cleaner, spacious and better ventilated with lots of ceiling fans. The wait staff that took orders were equipped with tablets, I kid you not. 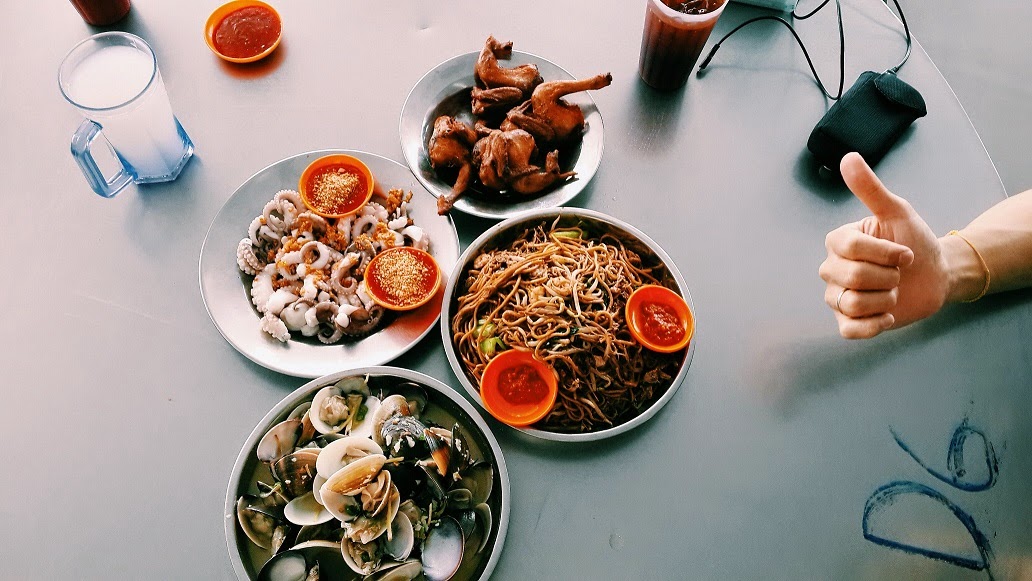 We went with all of the dishes that everyone else was ordering. Clockwise from the top: spring chicken, stir fried noodles, clams in a sour-ish gravy, steamed octopus garnished with fried garlic. And of course, Hub's thumbs up. The food were served almost at lightning speed.

Take a look at that tall mug of milky goodness at the top left corner, it's actually tuak, aka coconut toddy (palm wine). It's a bit hard to find these days and since it was a specialty of theirs, SIL agreed to share with me a cup of it. It tasted deceptively mild, almost like fizzy coconut-flavoured cider. I didn't realise how potent it was until later in the day, I ended up with a bad hangover :( The prawn fritters were nice and crunchy, most of an appetizer or a light snack than an actual main dish by itself. 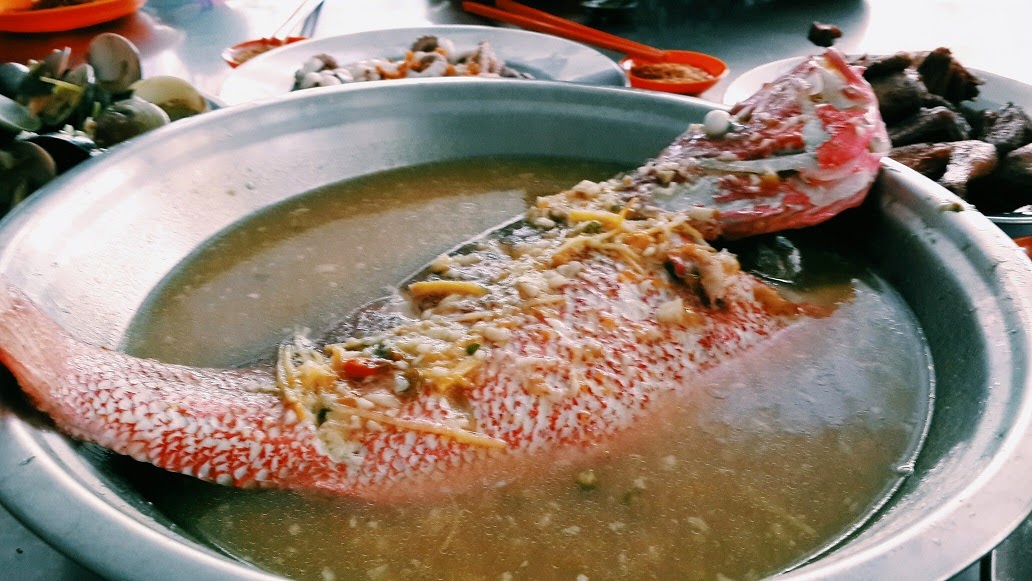 The piece de resistance: steamed fish in a mildly spicy and sour broth. The ang sai (snapper) was fresh and so tender that Bubs got over his fear of all things spicy and asked for more helpings of this. The only downside to this magnificent dish was that Ong Cheng Huat does not, I repeat again, does NOT serve steamed rice at its restaurant :( The gravy was too good to be wasted that we just drank it straight from the dish as a soup.