Cup of Jo's post about being initially disappointed on having a boy resonated with me. To those that know me, I'm such a girly girl, I can't stop shopping for pretty things and thought it would be incredibly fun to dress a little girl up in little tutus and play with Barbies. I remember confiding my fears in Hubs when we found out that Bubs was a boy.

All that changed when we met Bubs for the very first time. He's a little bundle of energy, even from the very first day - he'd cry lustily whenever displeased, gulp his milk down hungrily like it was the best thing he'd ever had and kick his little legs around.

At 19 months old now, it's like having a mini whirlwind in the house. He fidgets when sitting down, runs around non stop, swings open the fridge and never fails to rush to Hubs or me screaming "ma-meee, da-deeee!", demanding a bao bao.

Like Joanna, I view the world now through his little boy's eyes. Things that were mundane before, such as soap suds, strays or stones, become objects of wonder. What do you do with little boys? There's nothing you can't do! Everyday is a new learning experience and constant activity for Bubs. Here are a few things we do together: 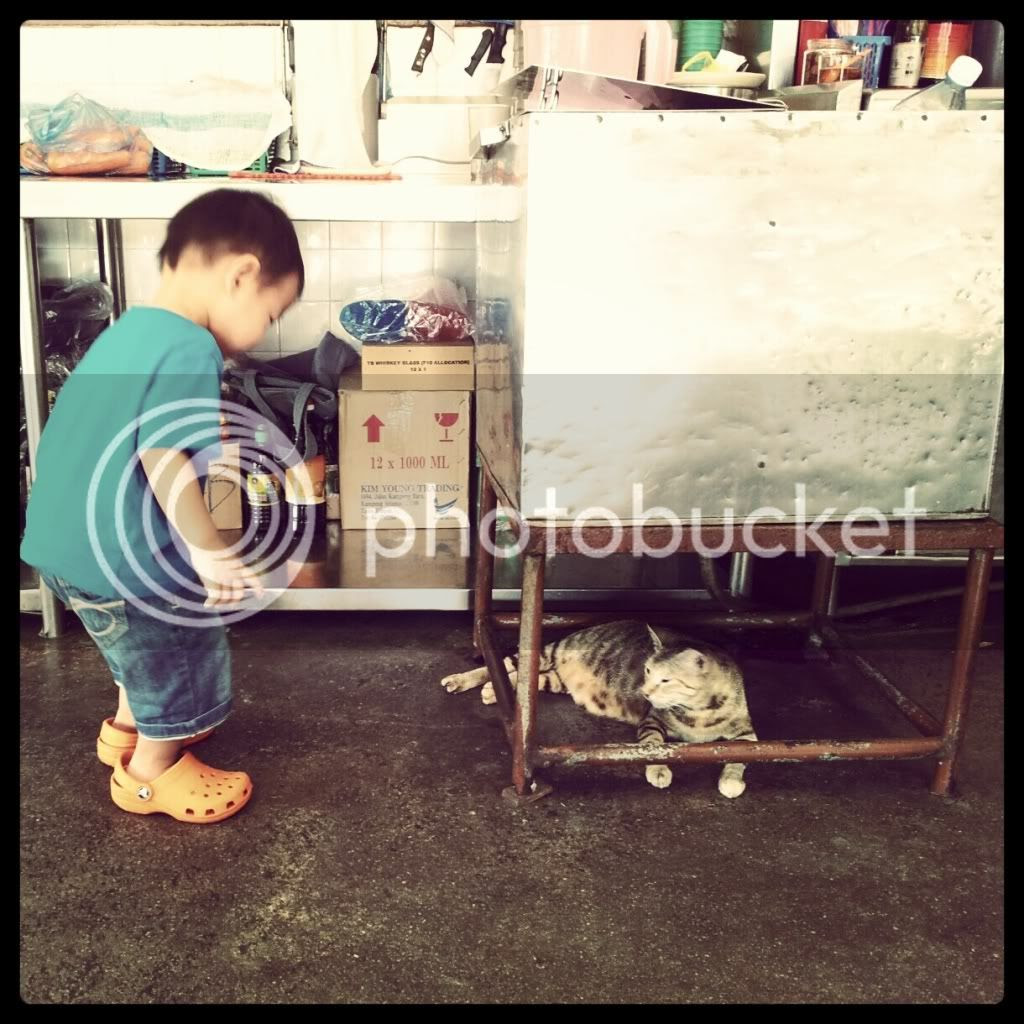 Bubs is at the stage where he's fascinated with wovvs wovvs (dogs) and miaooo (cats). Every time we go on walks, he tries to spot strays and waves frantically to them. This photo was taken at a kopitiam where he was fixated with the cat there. 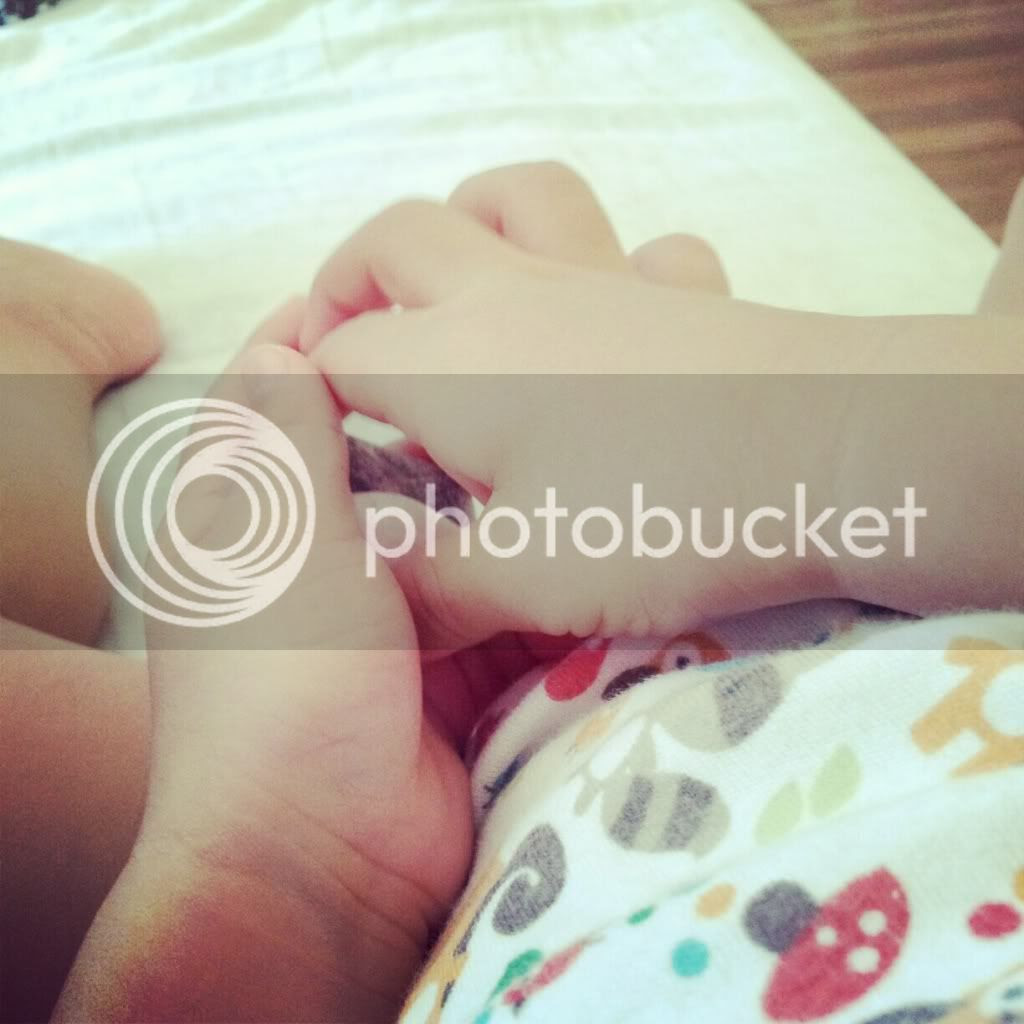 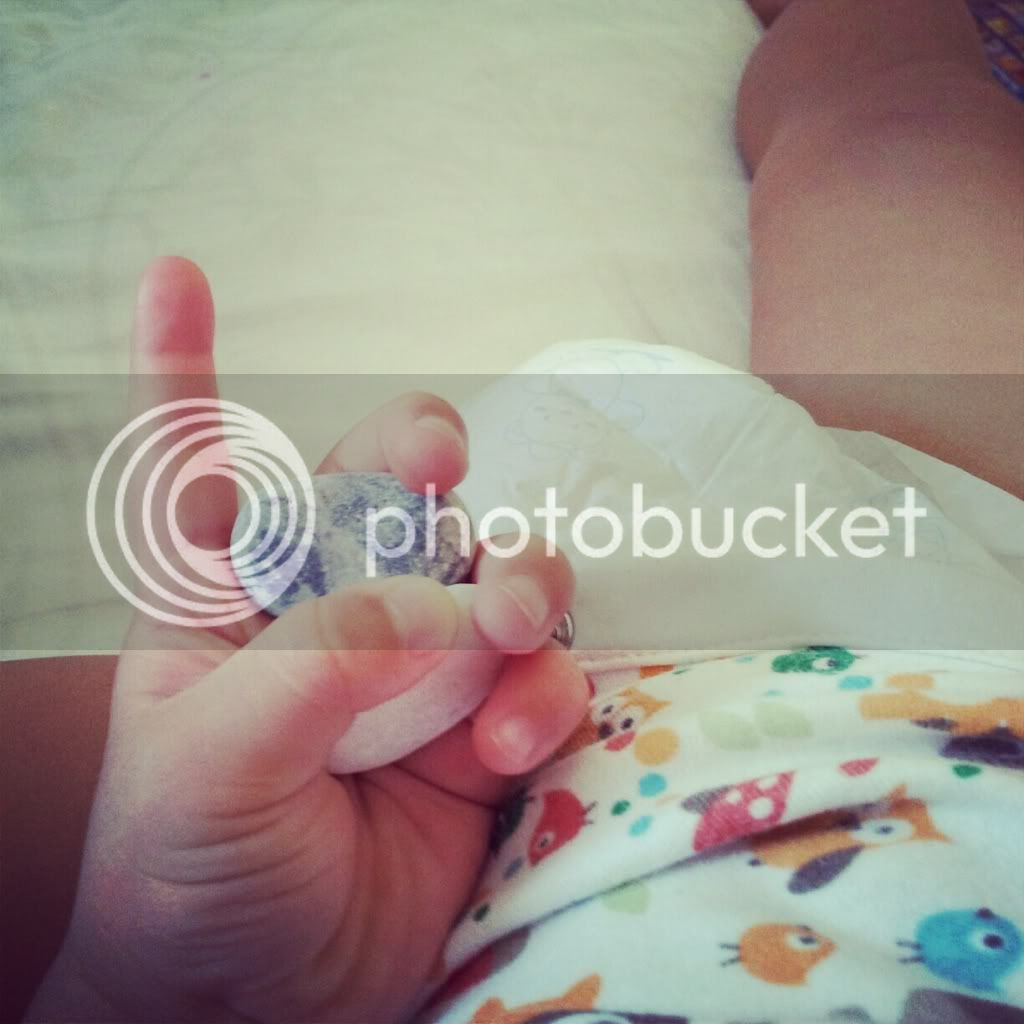 I'm ashamed to say that Hubs and Bubs are both early risers and they mercifully let me have 1 - 2 hours extra in bed on weekends. When Bubs decides that I've had enough sleep, he bounces on the bed excitedly to show me his latest discovery of the day hidden in his hands: pebbles 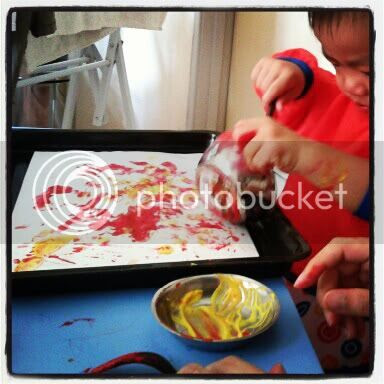 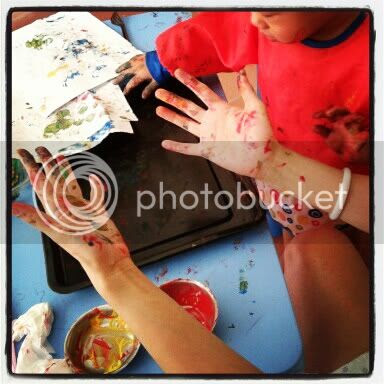 It was our first time exploring poster paints together and we made such a mess. We didn't have any brushes so we improvised with a spoon, a fork and our hands. 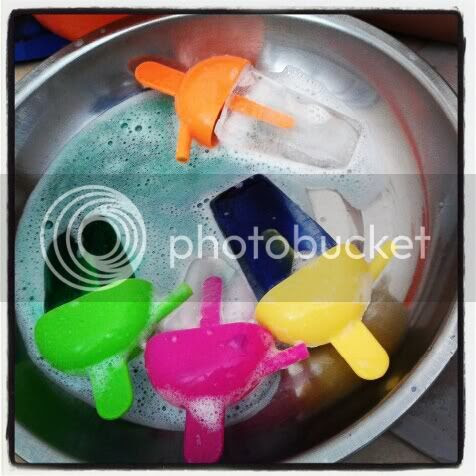 I got cheap Popsicle makers but the plastic looked really flimsy so I didn't really want to eat anything from it and put it to good use by making colourful ice blocks for Bubs to play with during bath time. Bubbles and other kitchen utensils are his favourite thing right now. We've an assortment of bowls and spoons kept in the shower and Hubs said "so anytime I can't find something from the kitchen, I can find it here?"

Can't wait to create more fun memories and see the look of wonder and amazement on his face :)
Posted by The Nonya at 9:37 AM