Have you been loving stripes lately? There's something nautical and fresh about stripes and they're such a wardrobe staple as they seem to come back in season often. 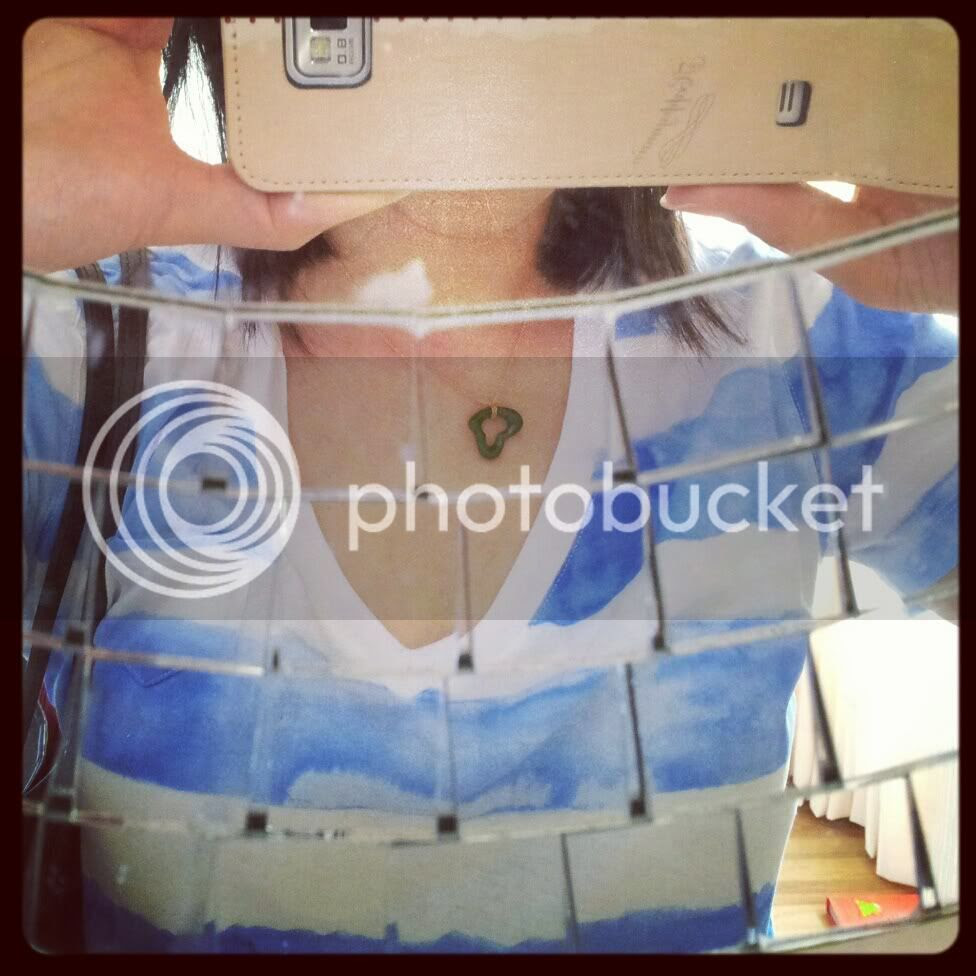 I was attracted to the watercolour-ish look of these chunky stripes. The blurry shades of blue popped beautifully with a necklace my Mum gave me. 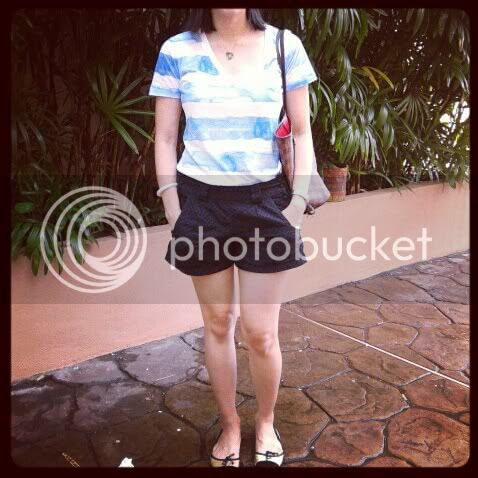 This is my baby step into mixing stripes with dots. The black shorts have tiny little swiss dots on them and to add on chaos to the clashing prints, I added gold glittery flats.

We got a Micro scooter for Bubs, it's designed to be used from age 1 - 7 (or approx 20kg, I think). It comes with a little attached seat for when they're still small to push with both legs and you can remove the seat and change it to a handle bar when they get better coordinated or taller. 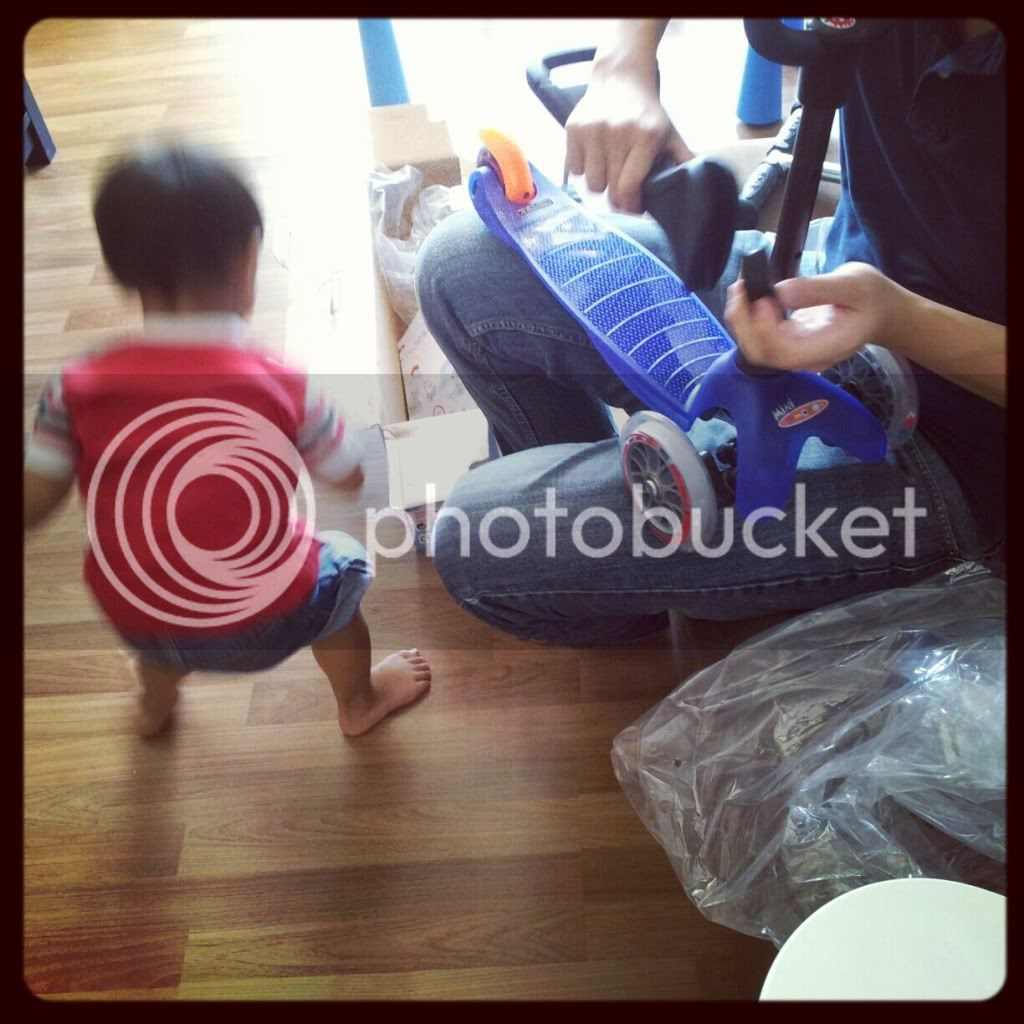 Bubs was doing a happy little dance while waiting for Hubs to fix it. He kept calling it a bicycle and was sooo excited because he's seen Elmo on his tricycle. 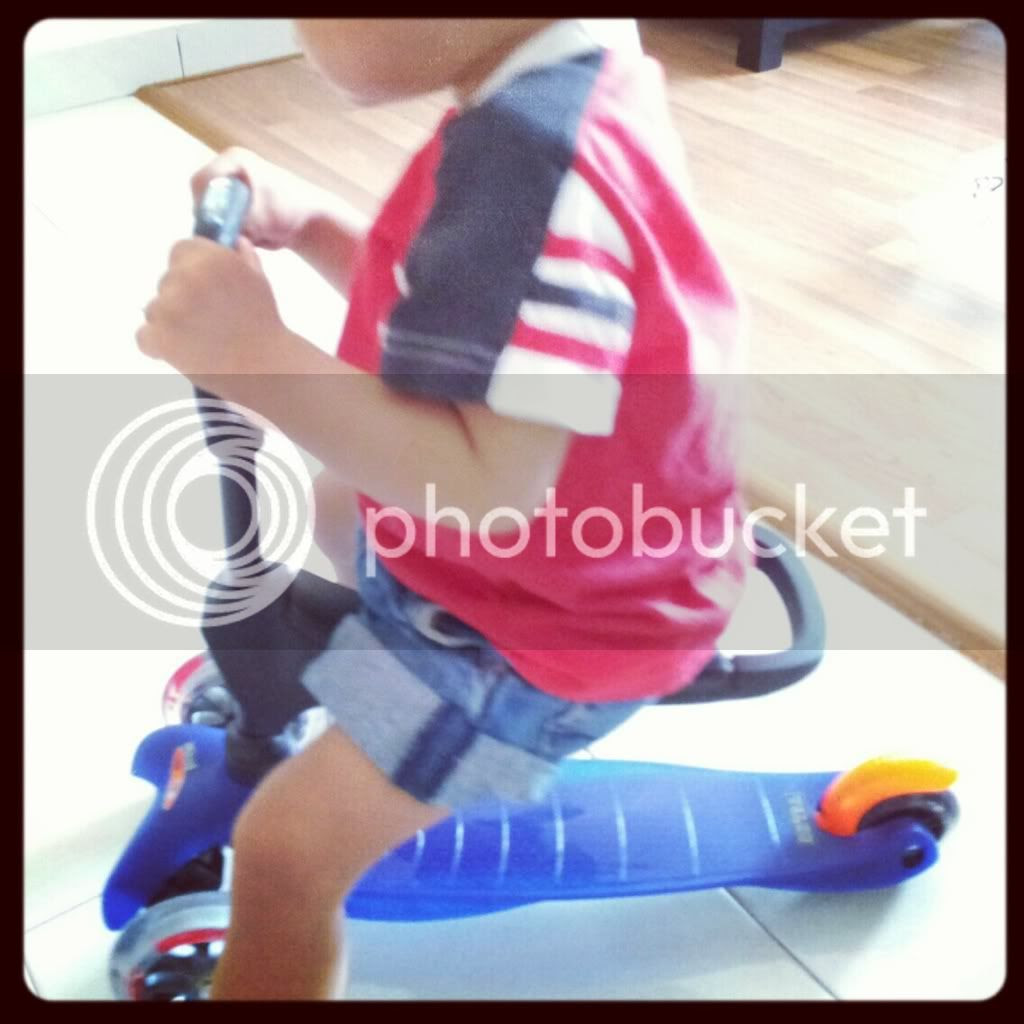 Off we go! This was just seconds before he fell over, LOL. I'd no idea how he could fall over from something that had 3 wheels and was pretty stable. He got this freaked out look and kept saying "pom pom (fall down) ah!" It took us a lot of coaxing for him to get back on the scooter. 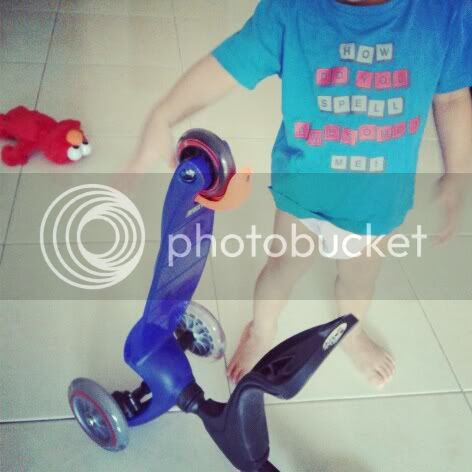 And after a few days, he refused to sit on it by himself unless we're hoovering behind him to get ready to catch him if he falls. He decided it'd be far more fun to put Elmo on it and push Elmo along.
Posted by The Nonya at 11:00 PM