The conference I was at was held at the same hotel we were staying at so that made commuting a whole lot easier. 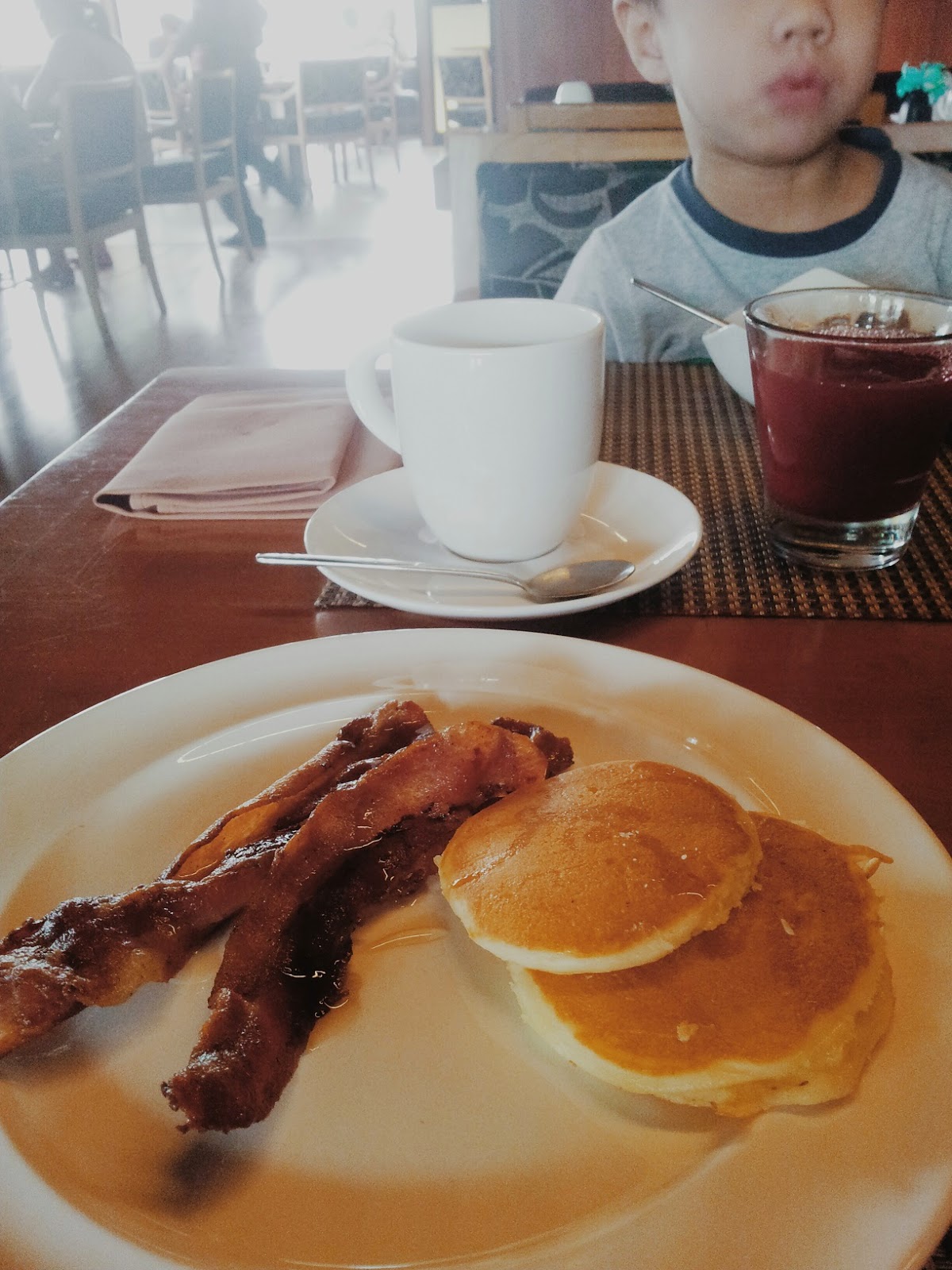 We had a lavish breakfast spread at the hotel every morning. I sneaked All Bran into Bub's Koko Crunch while I tried the most amazing pairing since peanut butter and chocolate: crispy bacon drizzled with maple syrup and fluffy pancakes. Oh mannnnnn ... 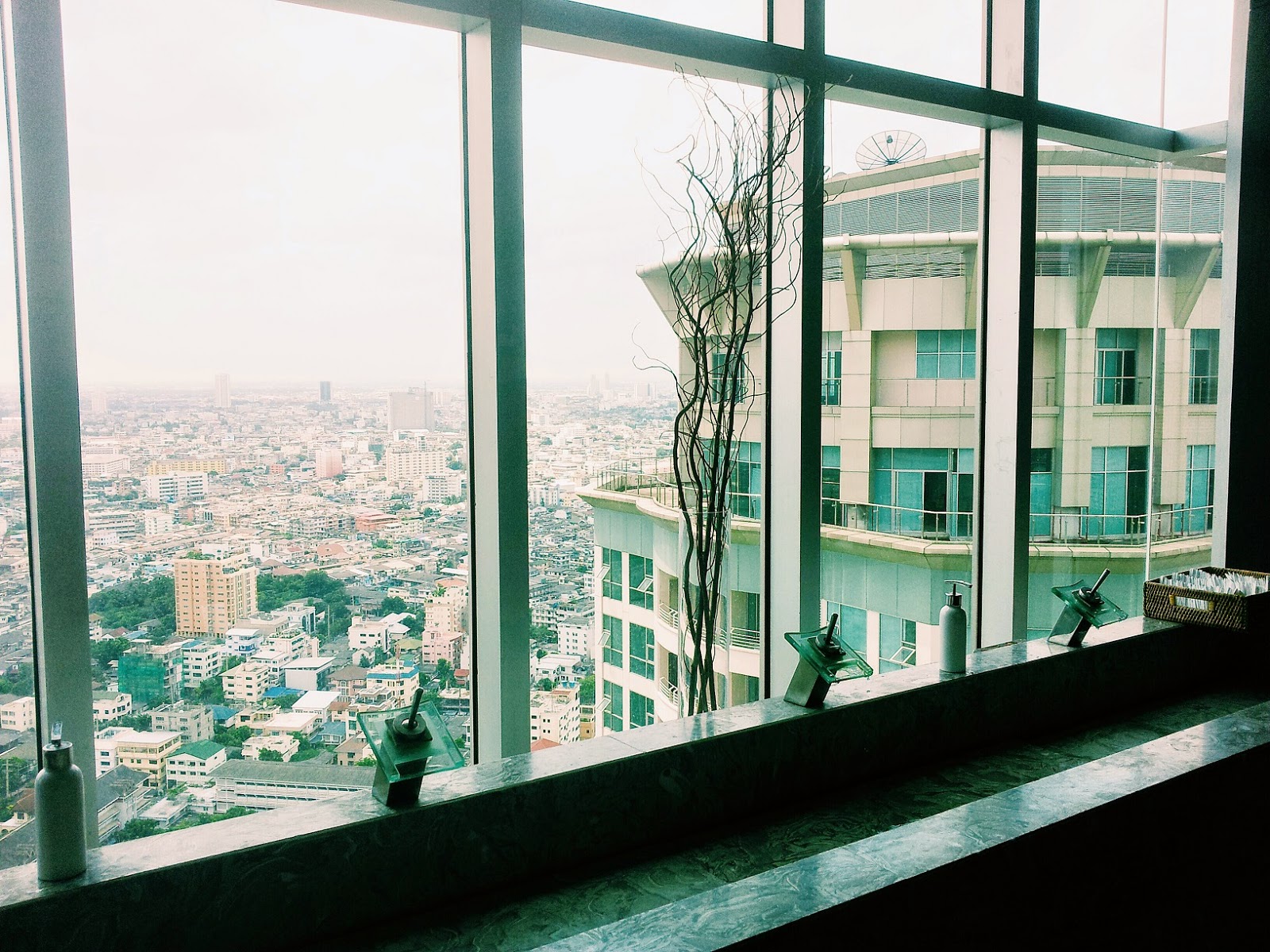 The views at the conference room were stunning, just take a look at the wash area.

While I was hard at work, Hubs took Bubs to the aquarium at Siam Paragon. He took the late savers discount package (be sure to pay online 24 hours in advance) which was a pretty good deal so you could just have dinner directly after the aquarium. 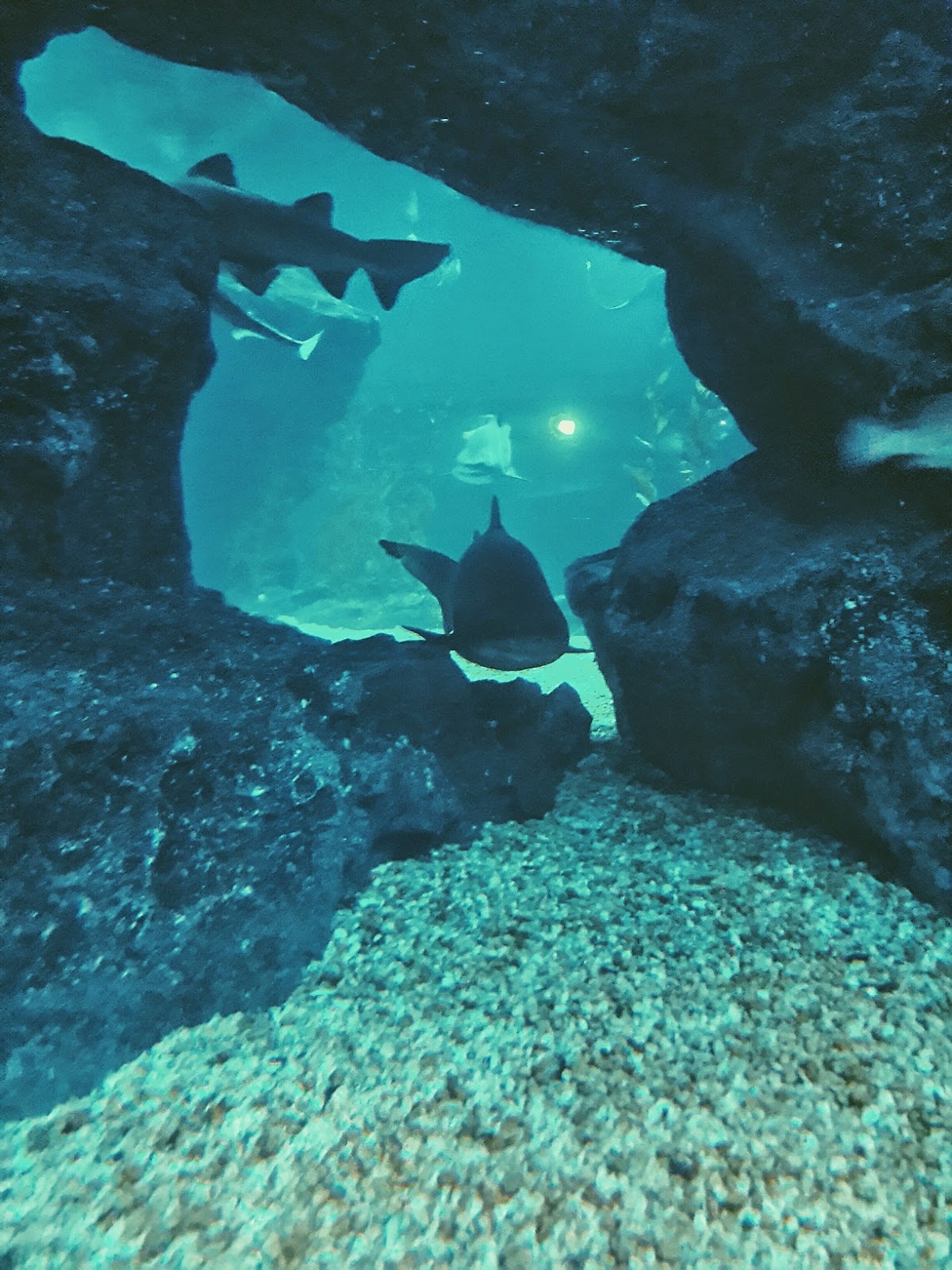 Bubs freaked out when he saw this gigantic shark heading towards them. Hubs had to explain the concept of glass and aquariums to him. 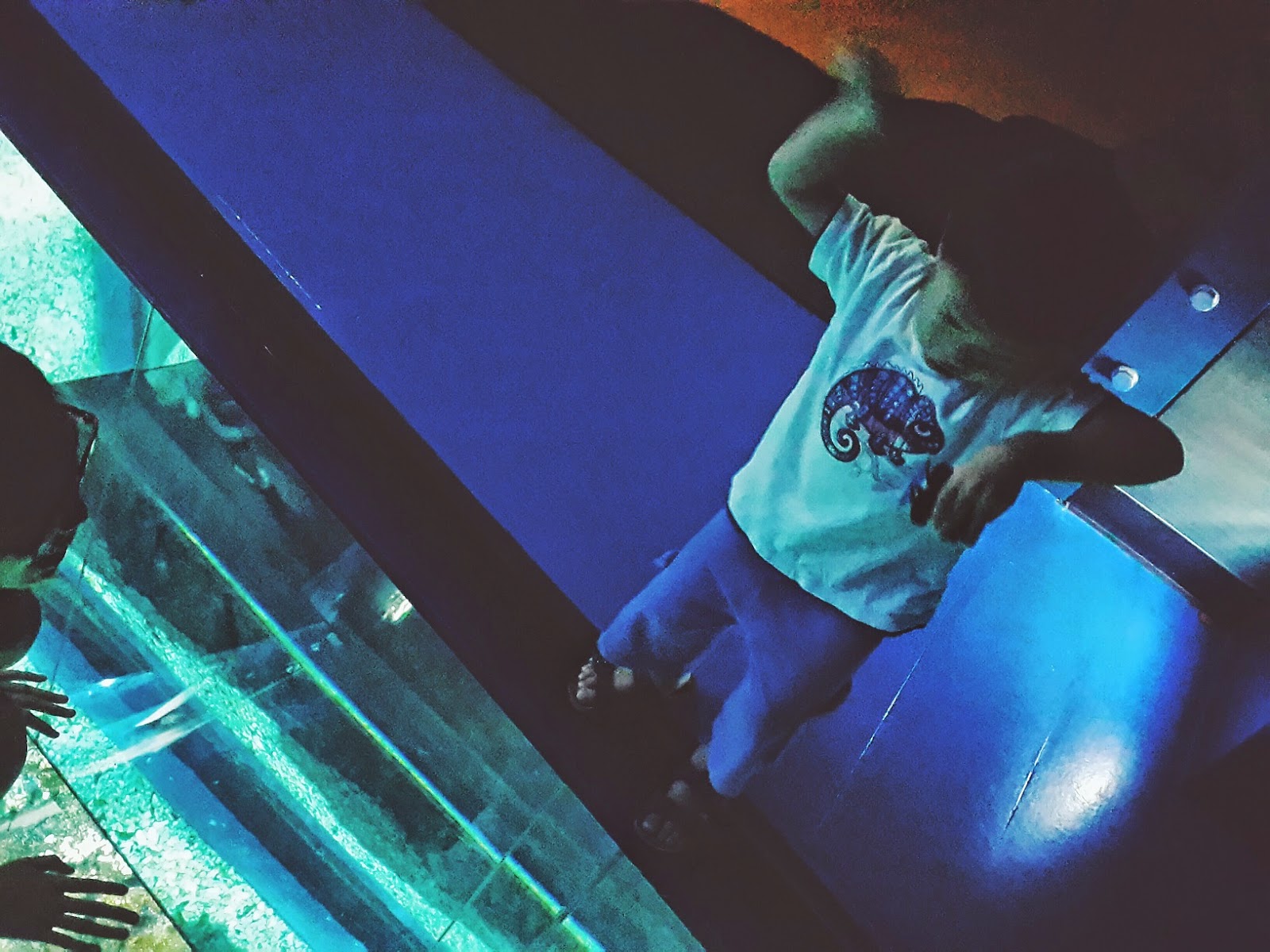 He freaked out again when he had to step onto the glass walkway with sea creatures swimming below. Hubs coaxed Bubs onto it with an ice cream bribe. 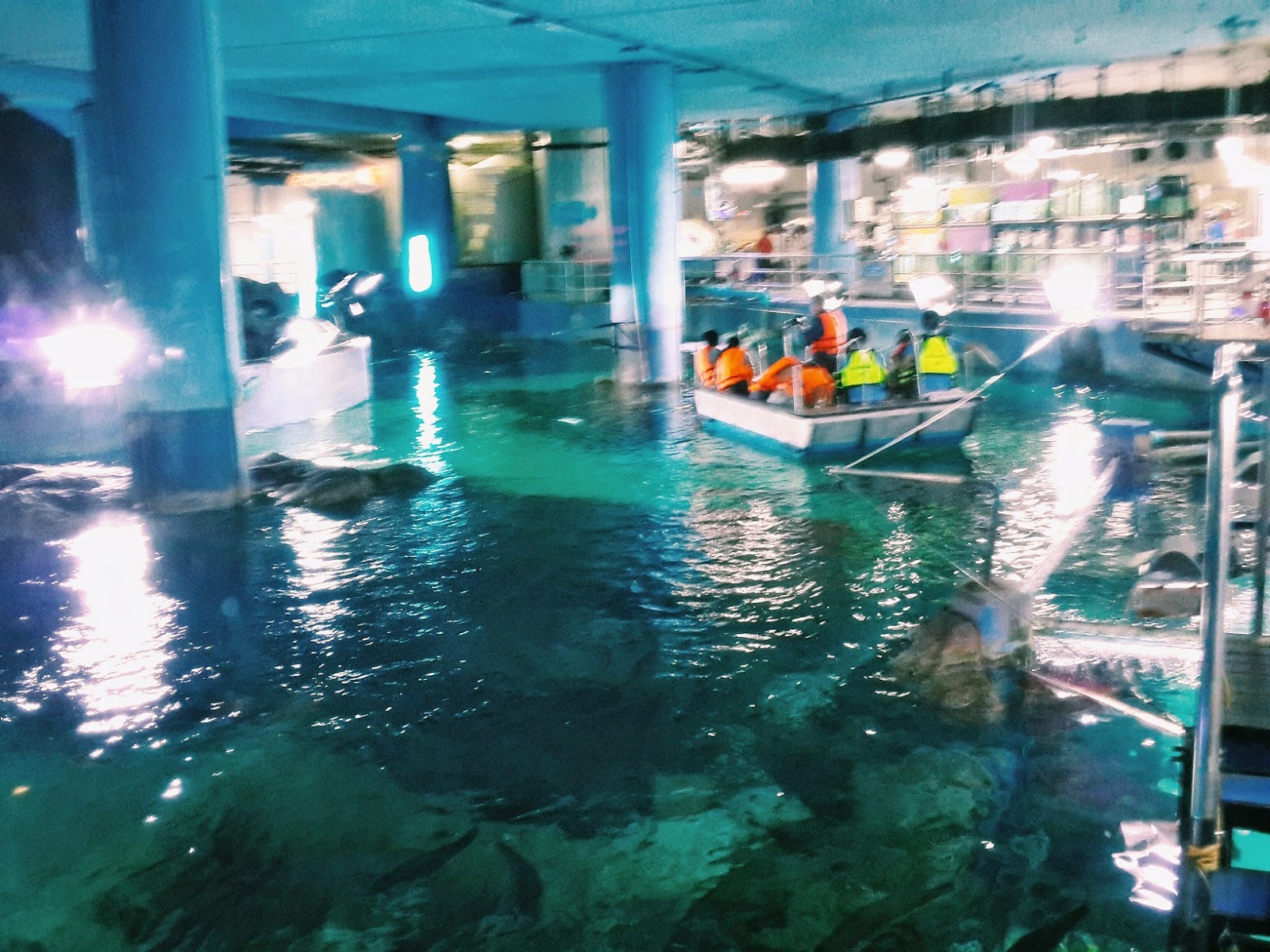 There was a glass-bottomed boat ride which Hubs declined once he heard that there were sharks. Lily livered, both of them ;) 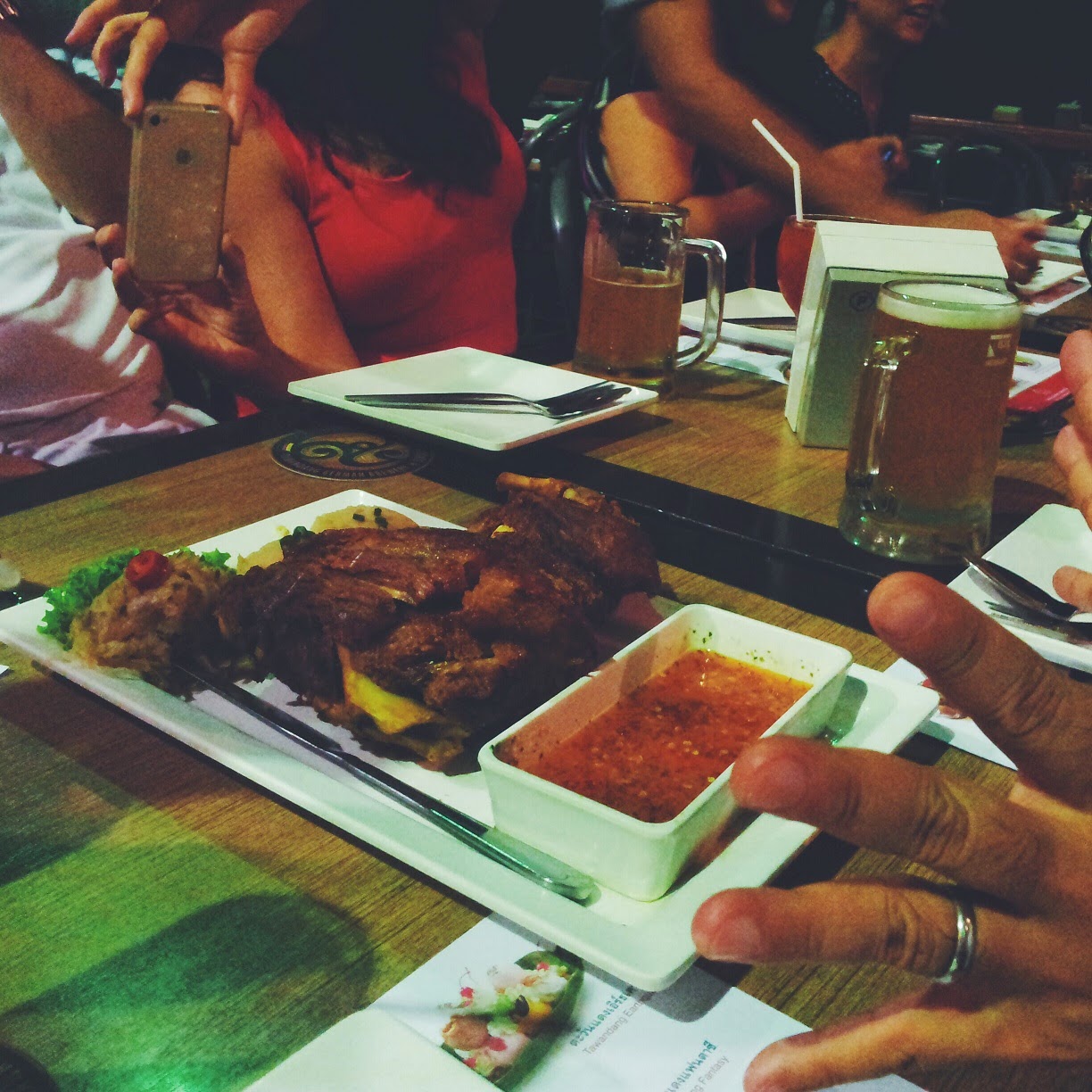 We had a work dinner at the Tawandang German Brewery which was a massive beer hall filled with a mixture of locals and tourists. The German-Thai fusion food was really good. That was one of the best pork knuckles I've ever had. I may or may not have had several generous helpings of the crackling *shifty eyes* 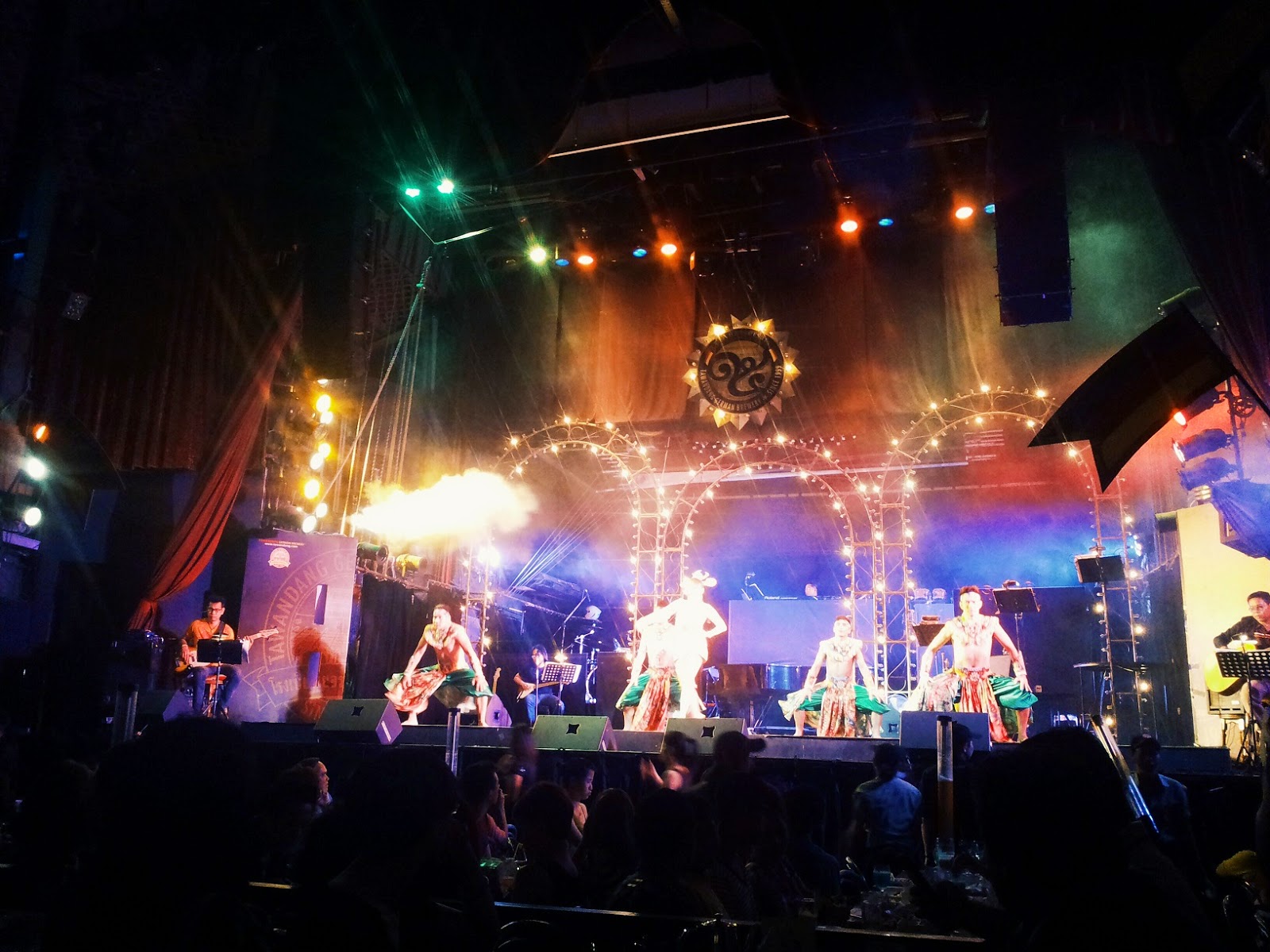 The place has live performances throughout dinner, from Thai dances to American love songs. The performance of the night was a live musical of the romantic horror Nang Nak. All of the girls at our table had shivers down our spines and mumbled something about sleeping with the lights on that night! 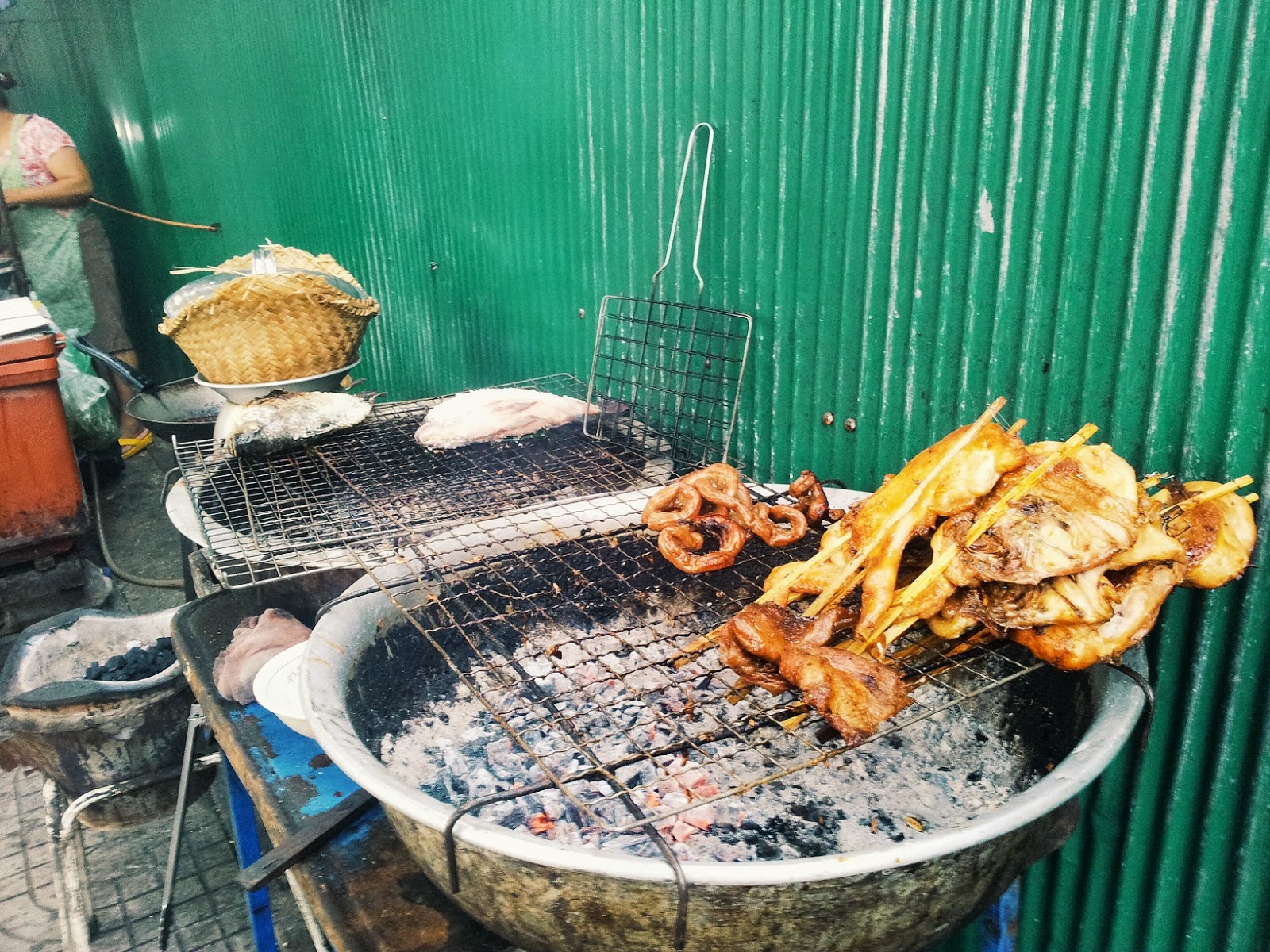 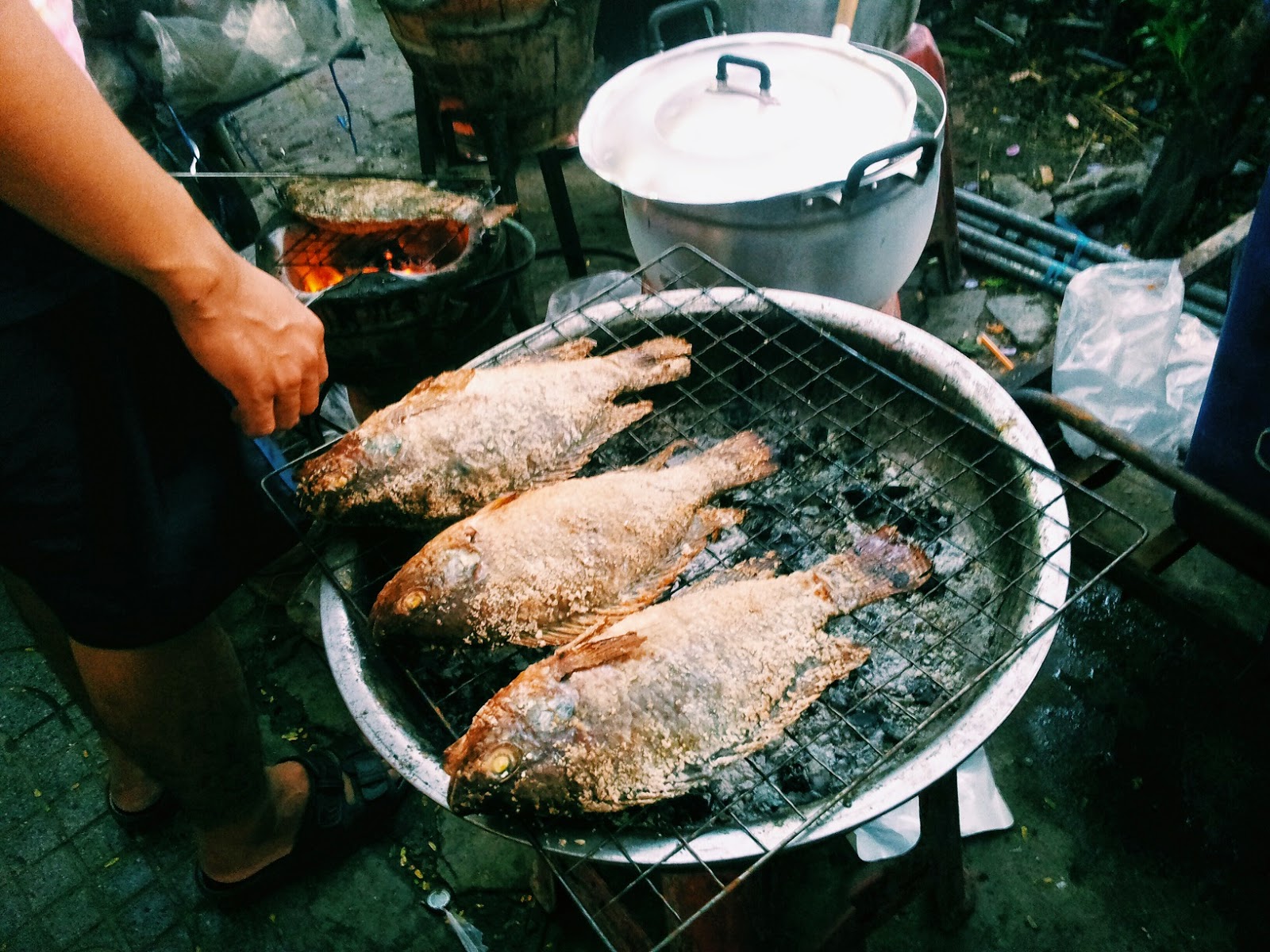 Bangkok has heaps of street food on all street corners. What surprised me was that all of the vendors used charcoal to cook which is a dying art in Penang. I also love how bottled water and soft drinks were sold in glass bottles. 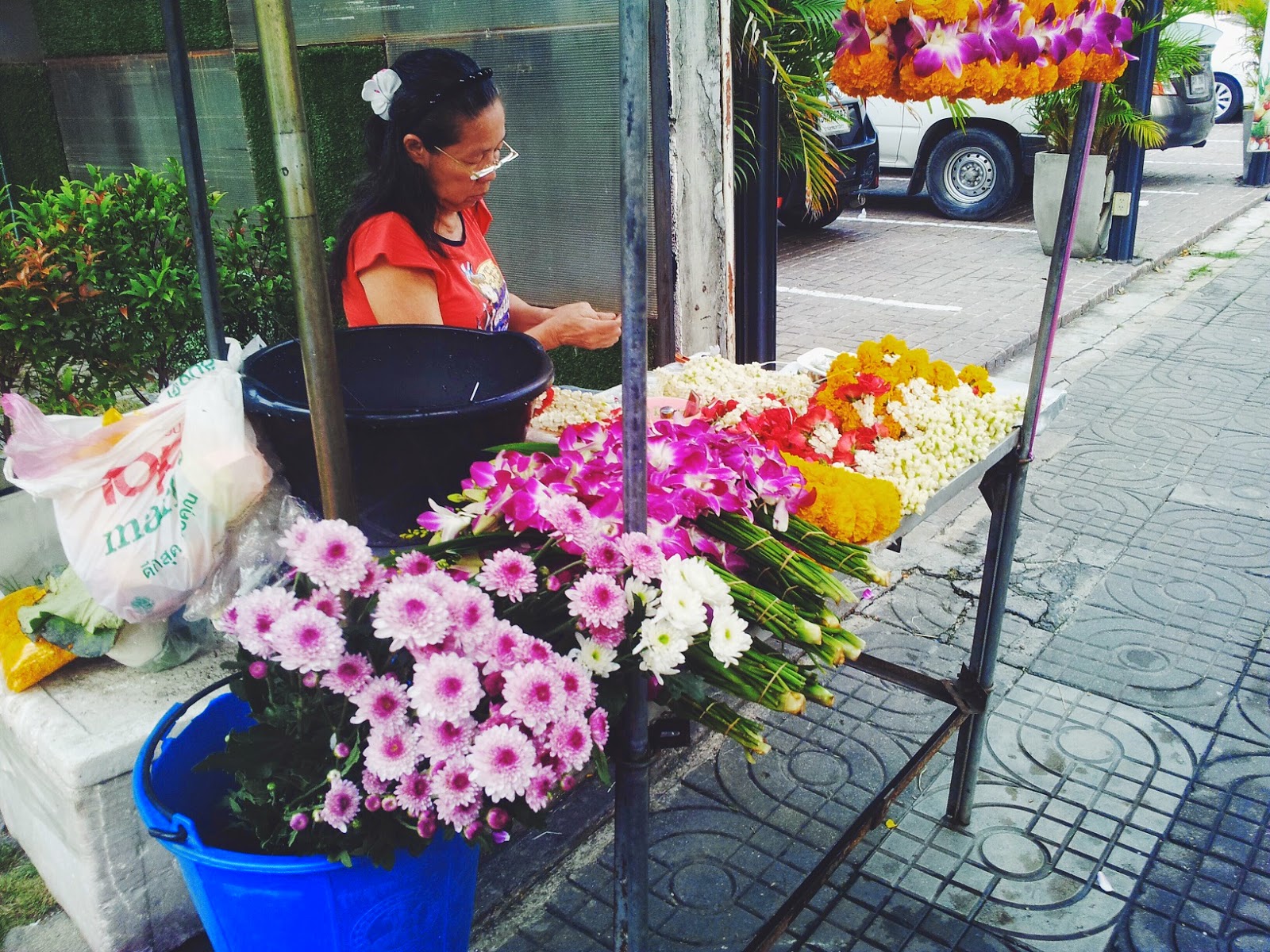 There were fresh flowers sold everywhere. 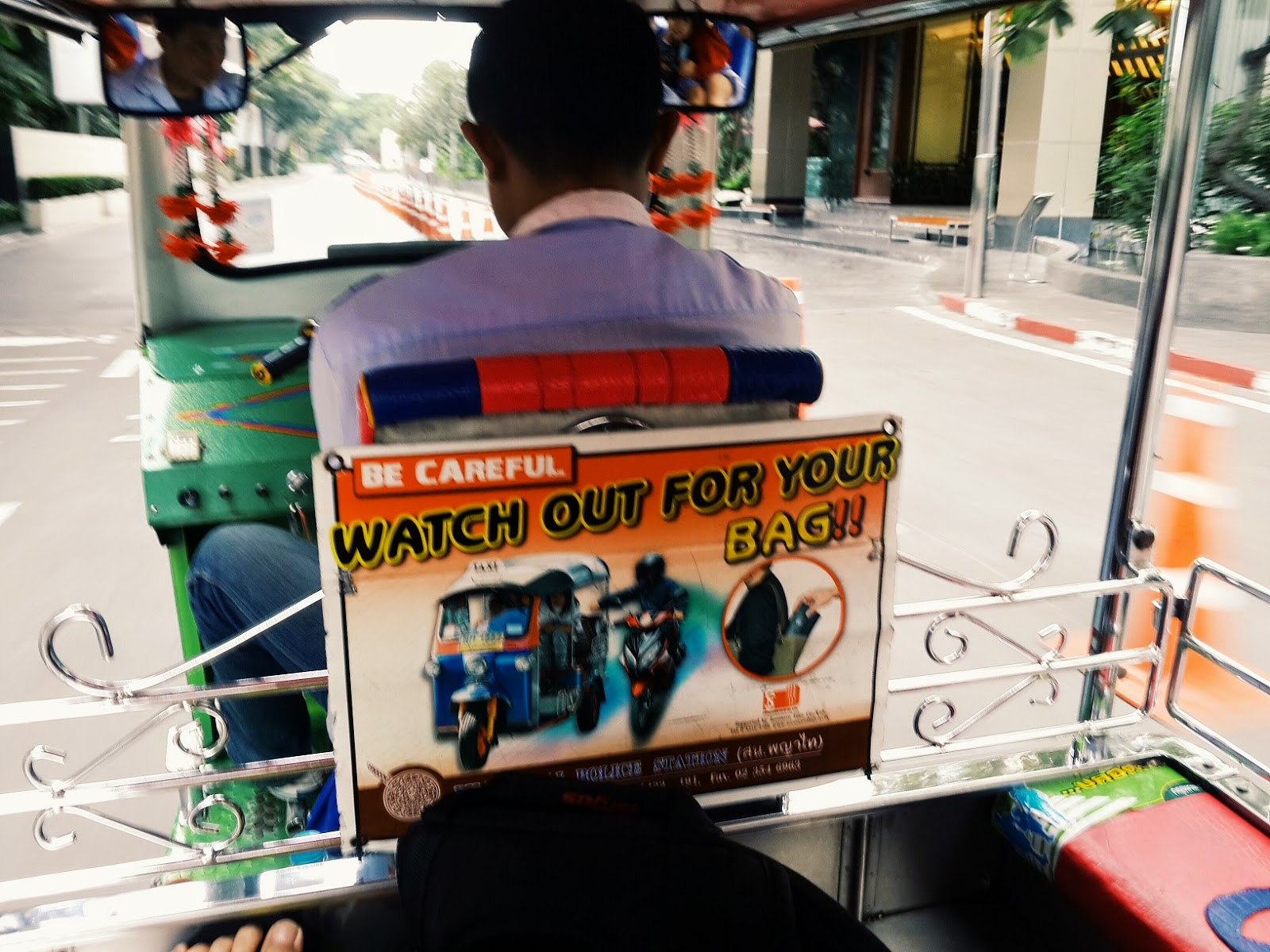 We even managed a tuk tuk ride on a small side road that didn't have much traffic. I gripped tightly on to Bubs, my bag and the handrail - all in that order. 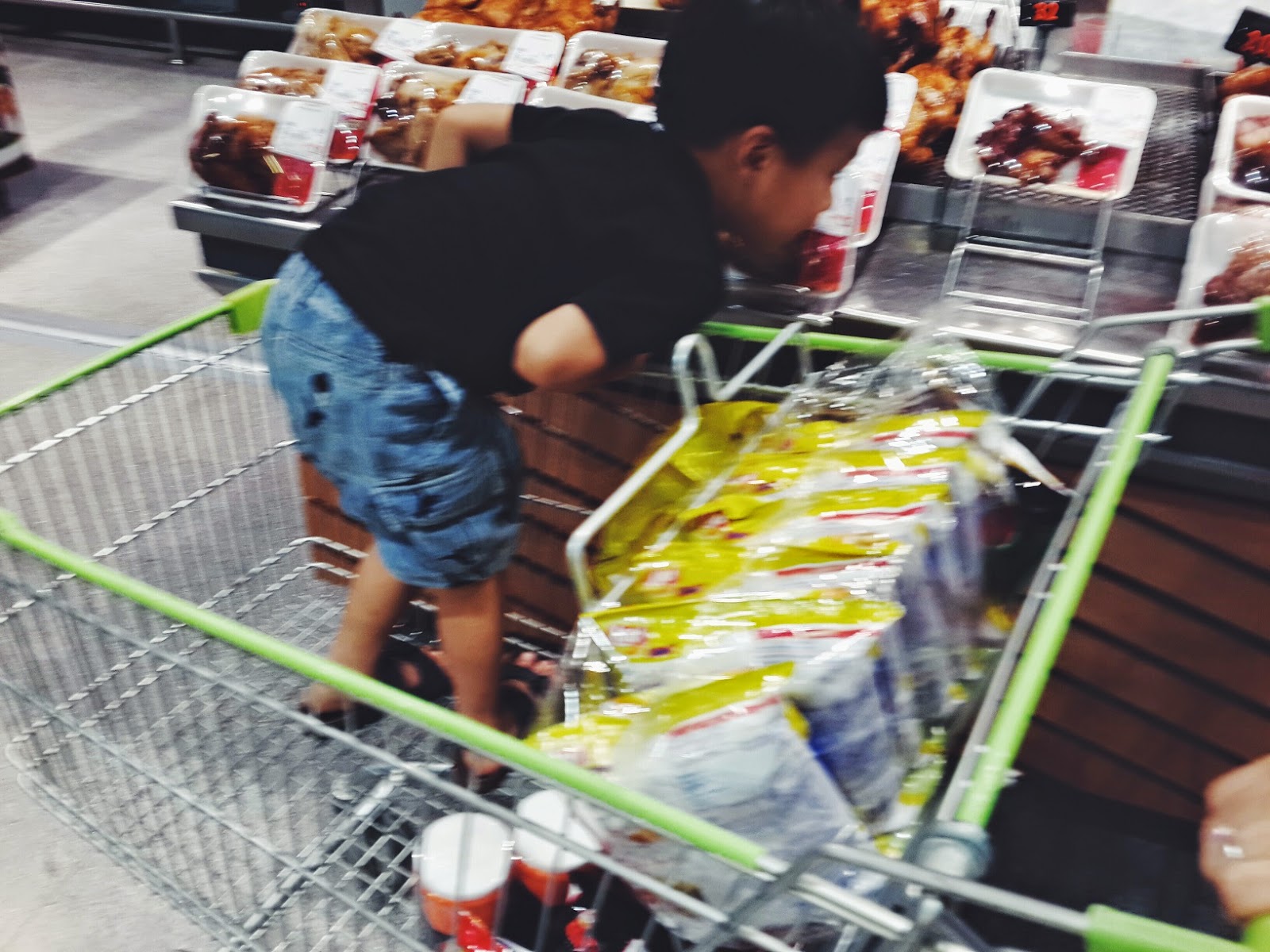 It was fun going shopping for snacks. We filled our cart with lots of Thai Lays in exotic flavours while Bubs couldn't resist taking a closer peek at roasted pork belly on display.

And a quick roundup of our loot included: 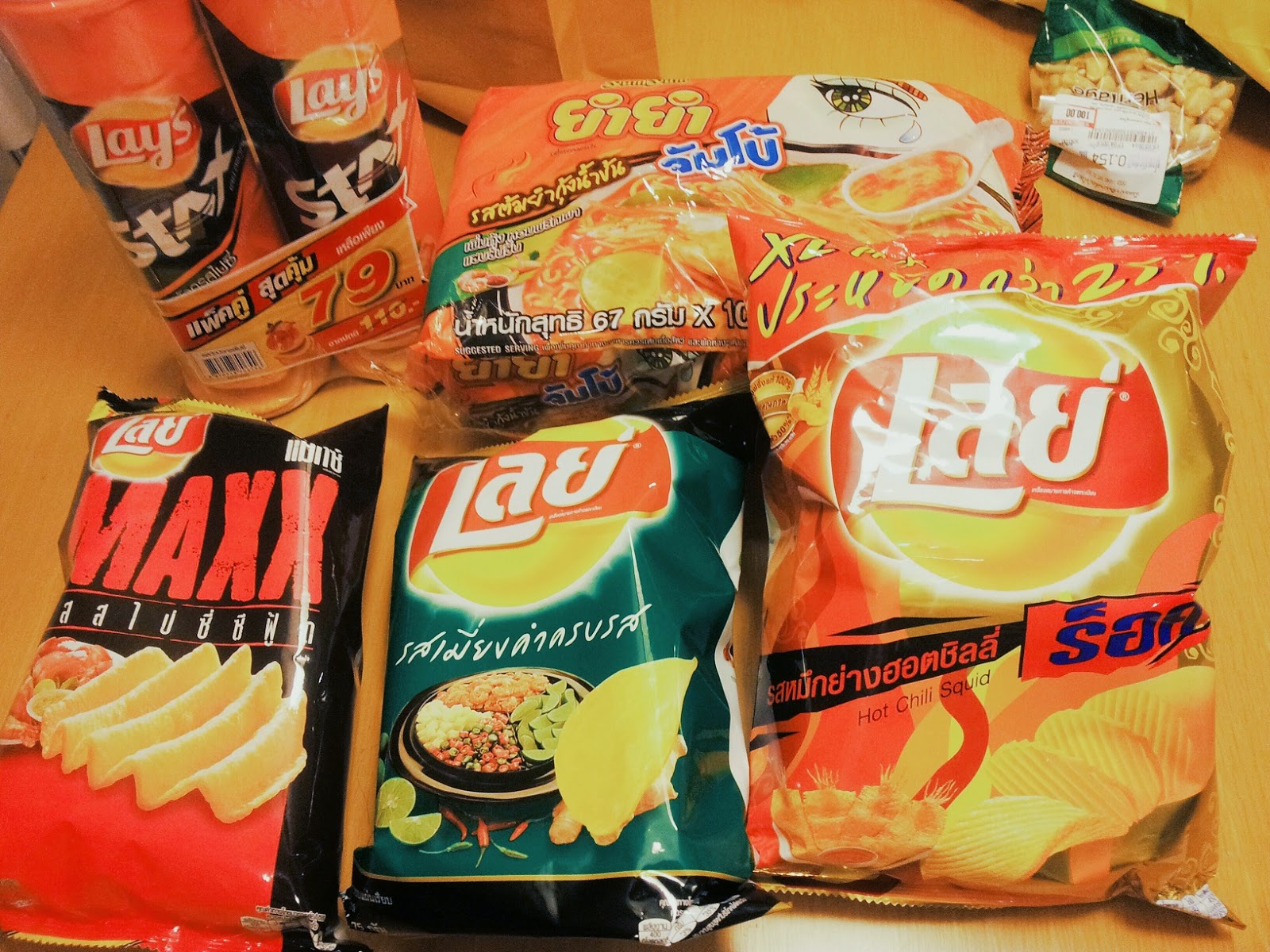 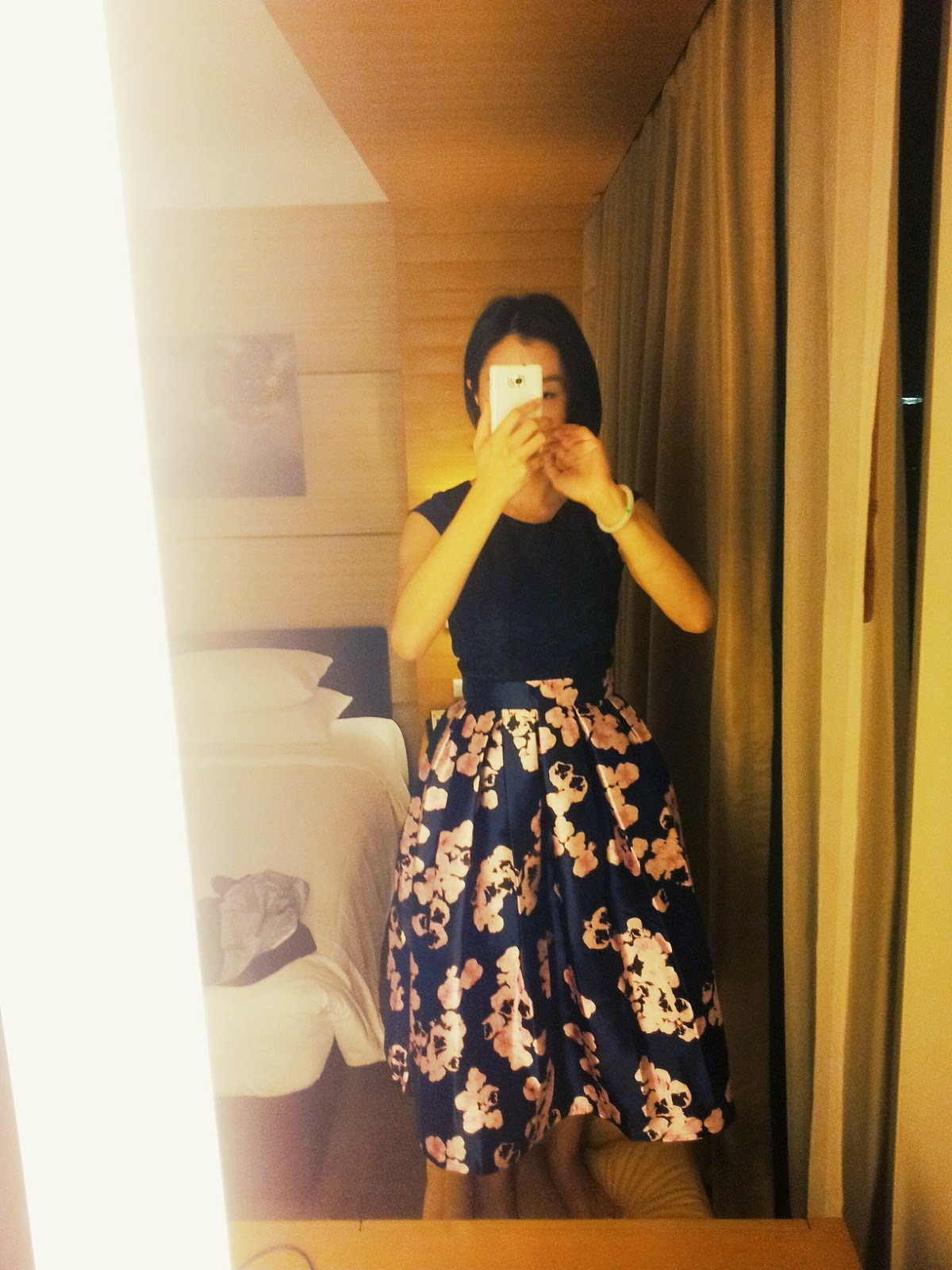