Bubs has been on a couple of play dates but the other day when my friend Kelly had to run some errands, she asked if we would mind watching Nat for a few hours at our place. Nat's a couple of years older than Bubs and Kelly repeatedly assured me that he's totally independent and would be tear-free at her absence.

With fingers crossed, we gave it a try at being parents of 2 for a while. 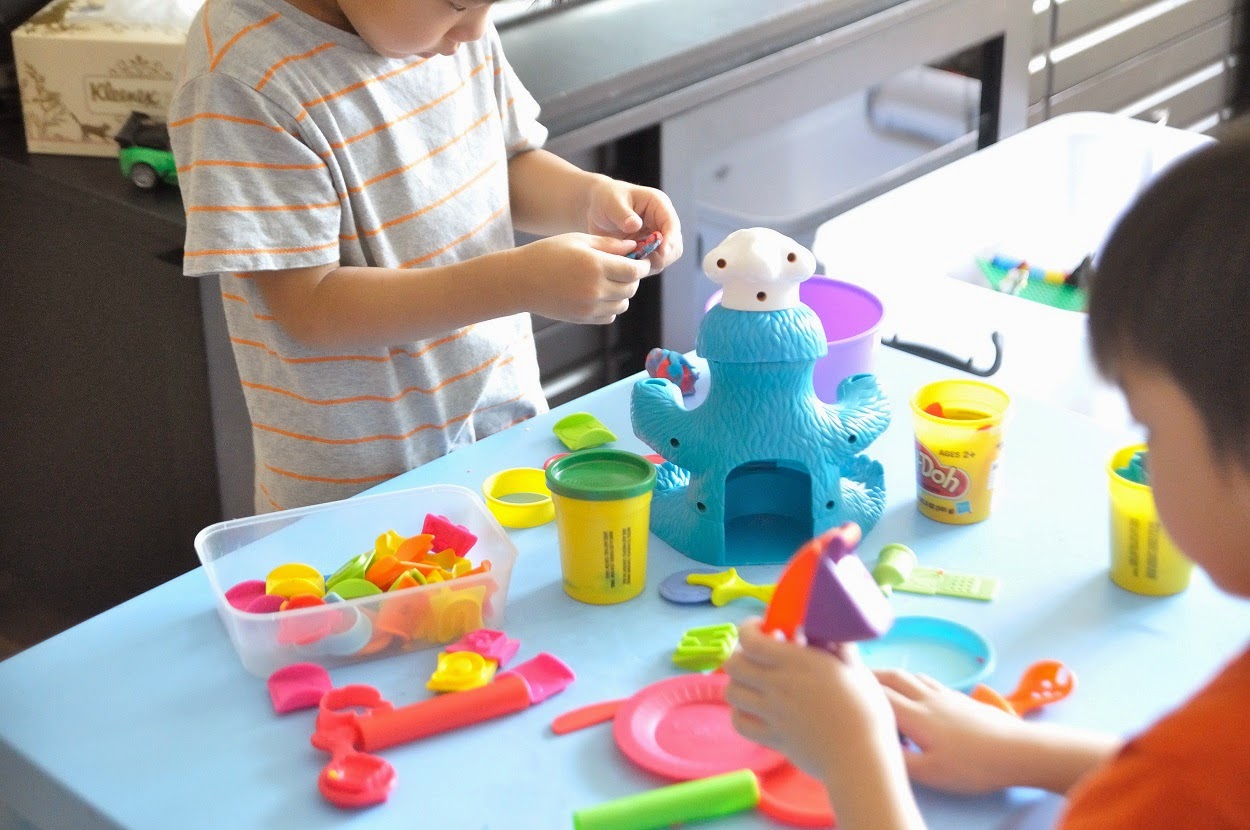 The 2 boys started out with Play Doh which easily kept them occupied for at least an hour. They rolled, moulded and sliced out food to feed Cookie Monster.

After they got bored, we left to them their own devices, figuring that they could entertain themselves with the amount of toys that they had on hand.

The 2 of them could power an entire nuclear plant with the sheer amount of energy they had. They chased each other around shrieking at the top of their voices, they bounced on the sofa so hard that I worried more for their knee joints than the sofa springs, LOL. 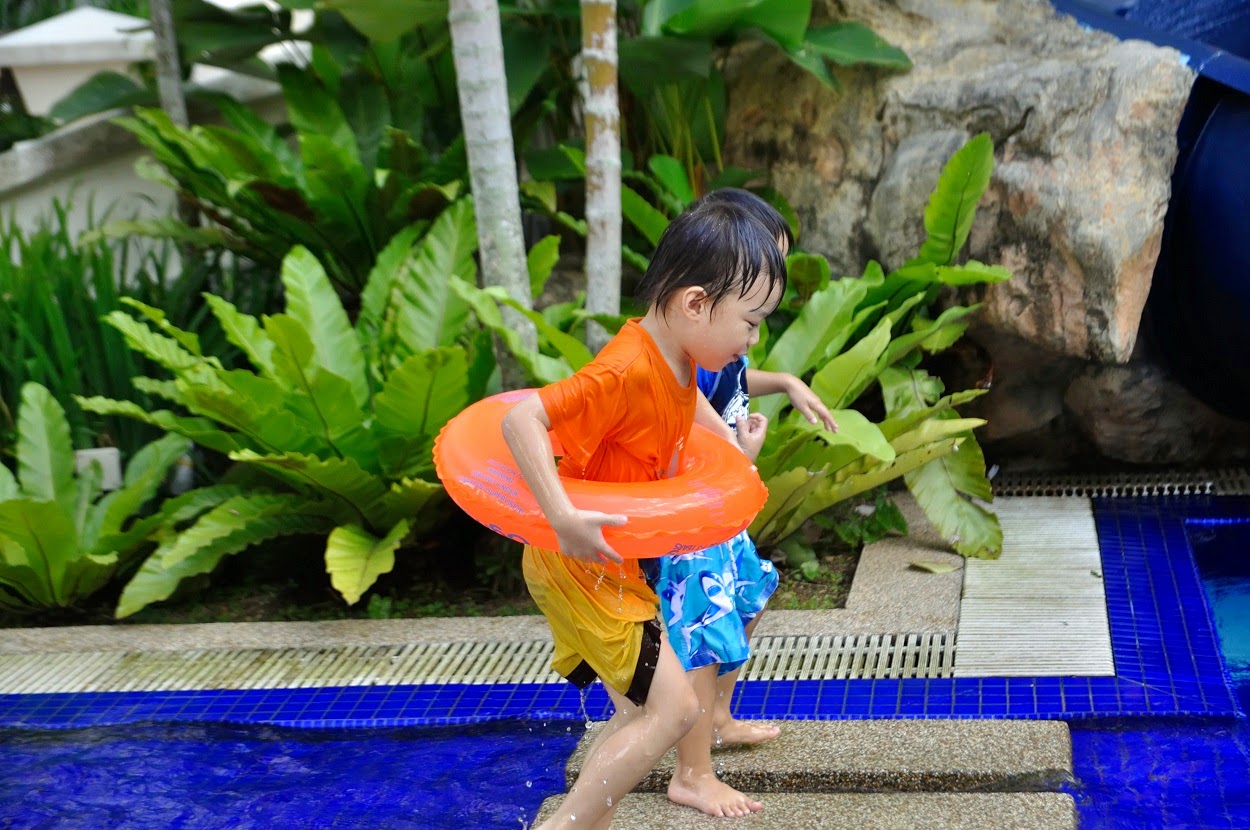 Hubs figured the best way to let them burn off their energy was to pop floaties on them and bring them down to the kids' pool since it was an exceptionally beautiful day. It was a brilliant idea, they were such water babies! Nats and Bubs splashed at each other, ran in and out of the pool since it was relatively empty. 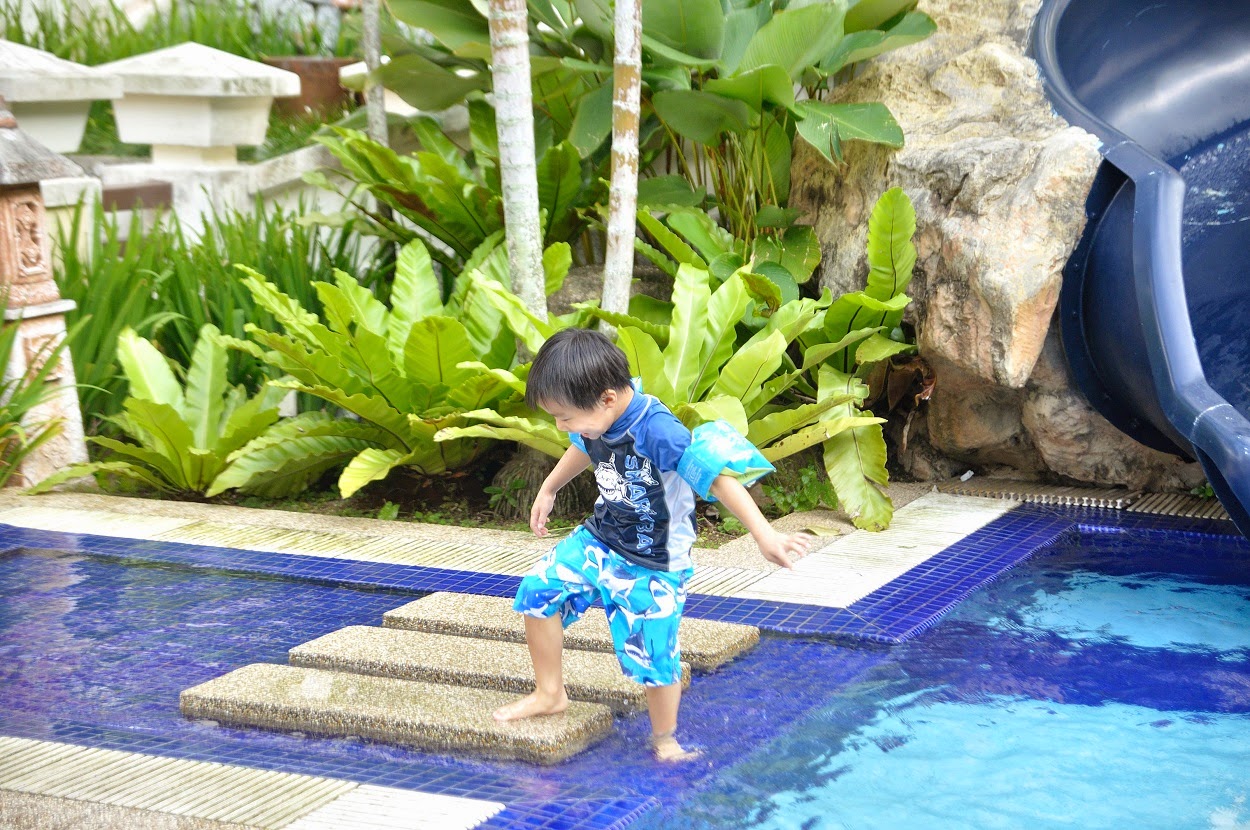 Bubs very proud of his transition to arm floaties instead of the doughnut float and kept pumping his arms up and down - almost like a chicken flapping its wings - each time he ran out of the pool.

We were sooo exhausted when Nat's uncle came to pick him up. Bubs loved having a playmate around and kept asking when is the next visit. For those of you that have 2 boys or more, I salute you!
Posted by The Nonya at 9:20 AM