I saw a couple of ideas around on Christmas Cards simple enough for young children to do and Bubs was so excited about crafting these. 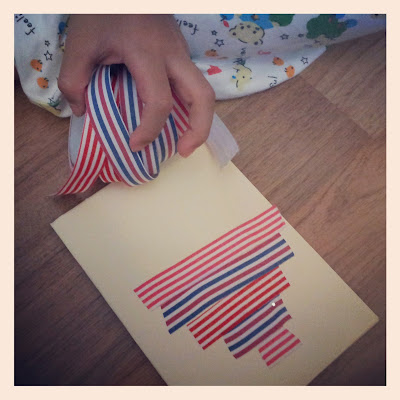 We got a couple of coloured fabric tape from Daiso and cut out different lengths of the tape. Bubs helped me remove the sticky backs from the tape and as I steadied the tape over the card, he pressed down firmly on it. 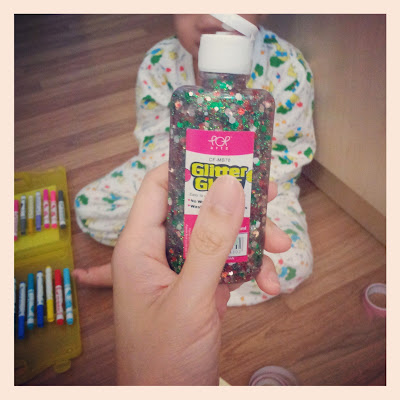 I helped him draw a star on the top and a tree trunk at the bottom. To add a pop of sparkle to the card, we used glitter glue that came in a pretty mix of red, green and silver chunks. Bubs then carefully squeezed the glue over the card and added some drawings of his own. 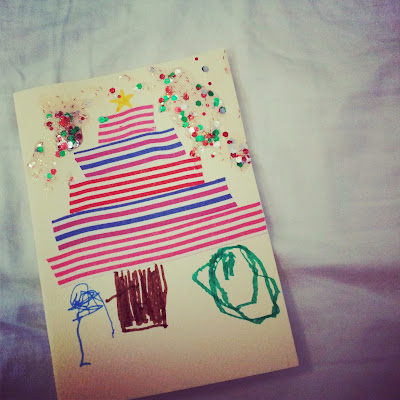 According to him, these were presents under the tree. The green object is a ball and the blue one a spaceship. A not so subtle hint for Christmas presents from him? ;) 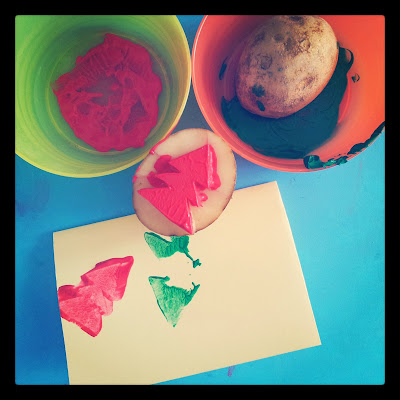 We also did potato stamping - thank you Hubs for carving out the trees. I'd have prob sliced off my fingers if I attempted to do that. 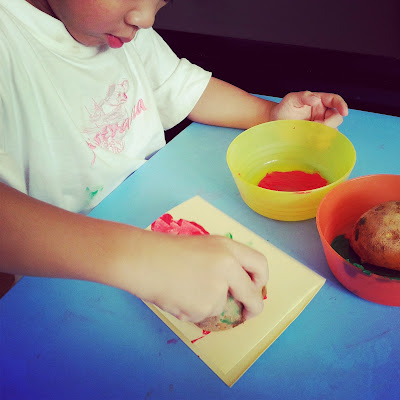 Bubs hard at work, concentrating where to to stamp the red and green trees on. He then added his favourite: glitter glue. I swear that kid would prob cover himself with it if I let him. 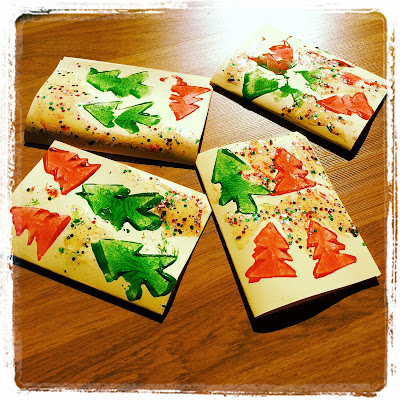 There you have it: easy Christmas cards :)
Posted by The Nonya at 9:48 PM