When I was waaaaay younger (along with a much better waistline), I never understood why people said love takes a lot of hard work. I was thinking along the lines of working out at the gym or spending over time in the office. Holding hands, murmuring sweet nothings, gazing lovingly into each others' eyes? Pffffffft ... yeah right, sounds like a lot of hard work to me. 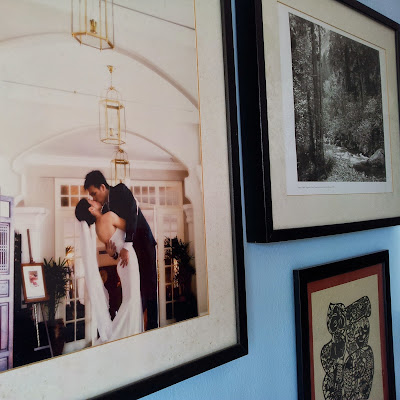 Then came the wedding. I can still remember a part of my speech confidently telling everyone that we'll be seeing them at our 50th wedding anniversary with the same toasts. The first year of living together was easy peasy. We had an agreement: Hub would do all the housework and to ensure that he doesn't run out, I'd mess up the place to keep him busy ;) 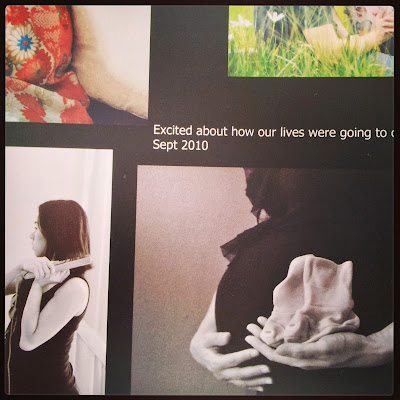 During pregnancy, I thought I thought I hit the jackpot. Hubs prepared at least 5 Tupperwares of fruit for me each day to bring to work (heck, he even made me pancakes at 7am!), I got back rubs and foot massages right before bedtime and he gave in completely to my shopaholic cravings ...... I'm still wondering what to do with the designer baby change mat that I only used once before we realised that the best place to change dirty diapers is on top of a piece of kain lampin (muslin nappy) and a rubber mat.

When Bubs came onto the scene, we fell in love with him over and over again. Awww, look at that cute itty bitty pouty lips, those trusting eyes that would melt any parent's heart, how contently he sleeps on  ... Ahem. That was before the months of sleepless nights and major upheaval to our lives.

Sleep deprivation isn't something I wouldn't wish onto my worst enemy. We were cranky, grouchy and upset with each other all the freakin' time. There were nights where we painstakingly rocked Bubs to sleep, then hurriedly tried to grab some shut eye for ourselves, only to hear Bub's upset wails because he'd soiled his diaper yet again. We argued over whose turn it was to rock him back to sleep, our choice of parenting styles, who should do the housework ...

And all this just a couple of years after the wedding ;)

I won't mince my words. Infatuation is blind and fleeting. Real love requires a lot of hard work, knowing when to hold back that sharp retort and to give rather than to criticize.

This year, we had a very low key celebration by focusing on the one thing that is important to us: good food, lol! We just realised that now is the best time to bring Bubs along to hotel buffets. He gets to eat for free and he loves trying a little bit of everything. 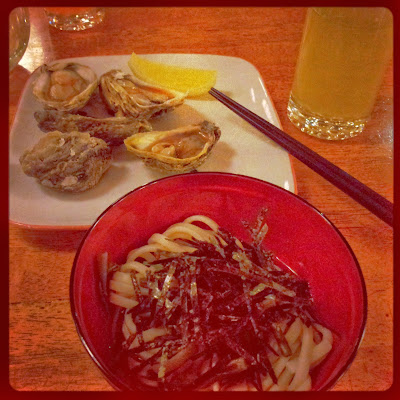 Kampachi at the Equatorial Hotel serves a nice Japanese spread and I gorged myself on oysters most of the night. I'm also a fan of cold udon and very few places get such a simple dish right. I liked how all the ingredients for the cold udon were self serve so I could adjust quantities to my preference. 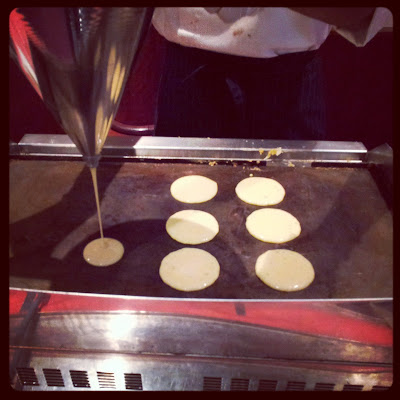 One of the nicest thing about Kampachi that I've never seen served in any other Japanese restaurants in Penang has to be the freshly made dorayaki (Doraemon pancake) that they do on the spot. Bubs was hooked after one and kept asking for more. It was that good. 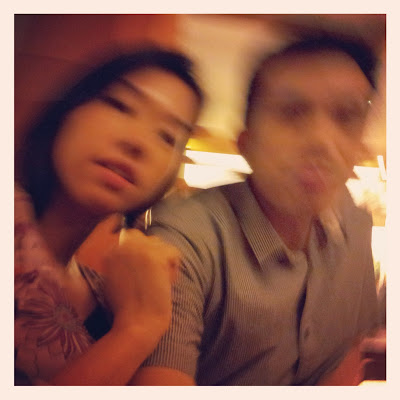 I couldn't think of a better way to end the night then with Bubs taking a photo of us. Swirly, blurred, it's a perfect snapshot of love.

Welllllll ... the icing on the cake would be ... Hubs still does most of the housework ;) 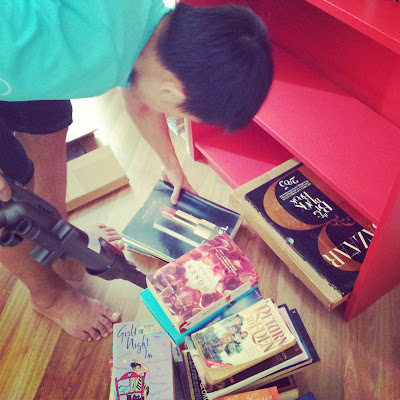 Happy vacuuming, darling!
Posted by The Nonya at 9:04 AM