Occupy Beach Street is a brilliant concept to take No Car Day in Penang a step further. Every Sunday from 7am - 1pm, Beach Street is barricaded off to traffic and for that glorious step of time, pedestrians, cyclists, inline skaters are allowed to wander down the wide stretch of road freely. 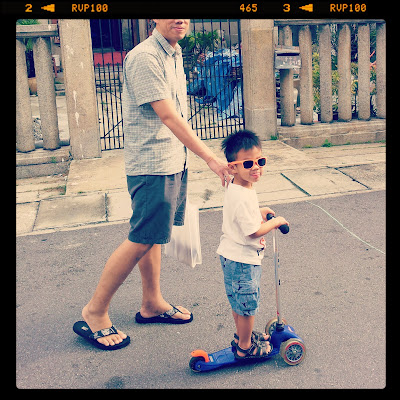 Bubs looked bewildered when he was told he could scoot down the road and said "No, a car will hit me!" Glad to see that my repeated nagging warning on road safety made an impact on him. When he saw that there were 0 moving vehicles around to be seen, he was really excited about being able to scoot on the giant tarred road.It only lasted for a while though, he got lazy and demanded that we push him along on his scooter ;) 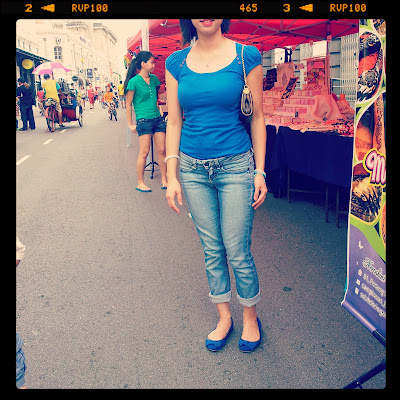 There was a happy vibe in the air. People were either browsing through the stalls, walking leisurely or cycling along. Some were playing badminton at the little streets adjacent to Beach Street. I love how communal it felt and I was so happy that Bubs could experience a little slice of how life used to be like before all the massive development. 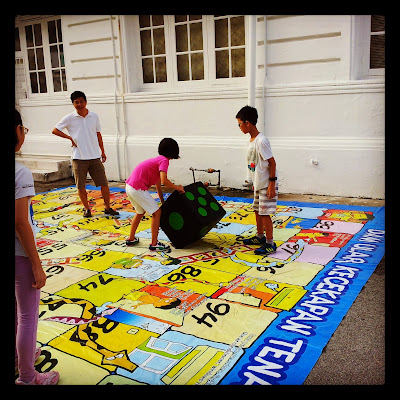 Check out the giant snakes and ladder set up on the road. There were also other old fashioned games set up at the same area, there was a chalked on hopscotch grid, marbles and I spotted a fishing game as well. Volunteers were distributing free bubble solution to children too. 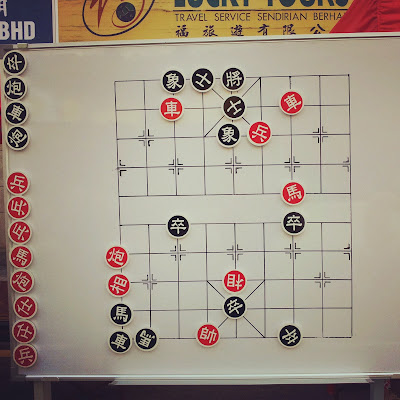 Chinese chess pieces laid out on a whiteboard. A couple of people walking by couldn't resist making a few quick moves on it. 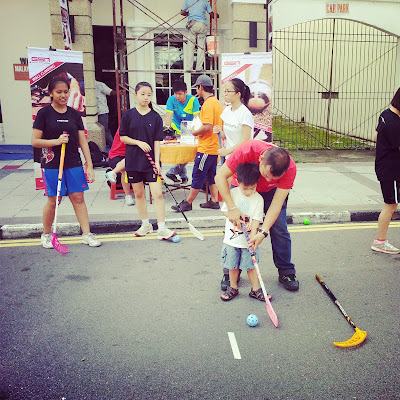 We saw a couple of unique games that we'd never heard of before. There was woodball (the mallet and the ball were made from wood) and we also found floor ball. Bubs was delighted when the coach let him have a trial game of floor ball. Tee hee ... the pink stick he was holding was adorable! Hubs wagered that Bubs wouldn't be able to hit the ball on his own without the coach guiding him. Hah! Guess who paid for my free lunch that day? ;) Thank you Bubs for proving Daddy wrong. 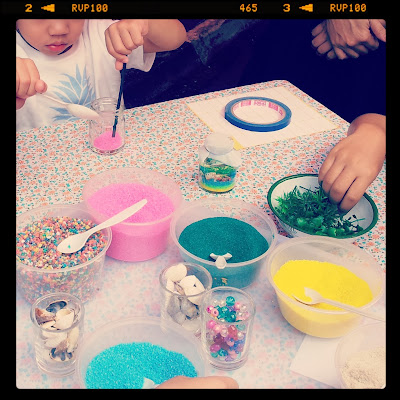 There was a stall where you could make a mini ocean scene was a hit with Bubs. You start out with an empty glass jar which you then fill with layers of coloured sand, multi-coloured gravel, mini seashells, pearlescent beads and tiny snippings of seaweed. I think Bub's favourite part was filling the sand, using the coffee stirrer to push it around in the jar and shaking it. When you're done, the art teacher then seals it off with a layer of clear gel wax, similar to what people use to make gel wax candles. 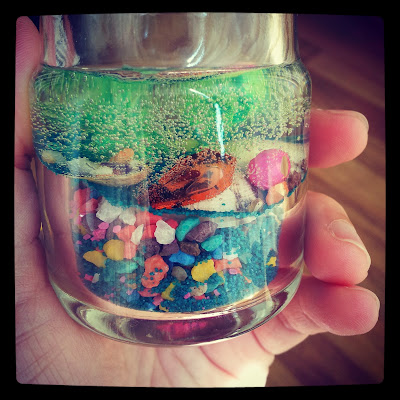 The end result: wellllllll ... it's certainly very colourful to say the least! 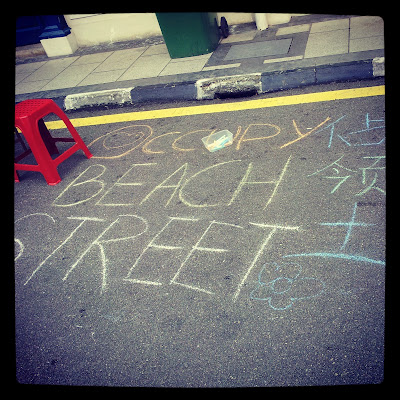 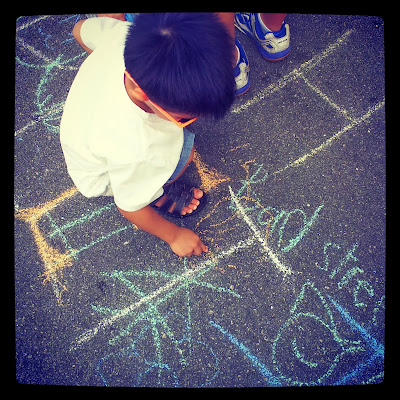 Who could say no to chalking on the road? I've always wanted to do this with Bubs but terrified of annoying our neighbours so when we saw a box of coloured chalk and an invitation to scribble all over the road, Bubs and I snapped right to it.

Can't wait for more Occupy Beach Street fun!
Posted by The Nonya at 12:41 AM