The crazy night I had.

Pre Bubs, this statement would usually be tied to wild exploits of the night before and loads of one upmanship.

Post Bubs, this usually involves a combination of in the middle of the night wailing, having to rock or pat him back to sleep or goodness knows what he has has in store for us. But last night really took the cake.

He was having a cold for the past few days, nothing too serious apart from a snuffly nose and a chesty cough. So he decided it would be fun to stay up waaaaay past his bedtime until midnight. At least I think it was midnight. Somewhere between his going up and down the bed for the Nth time, talking to himself and bouncing all over the bed, I know for a fact I passed out before he did.

At 3.30am, Bubs woke up wailing again, this time with a mild fever. It was a nightmare trying to get him to take the paracetamol, he was crying, kicking around, turning his head from left to right to avoid having to swallow it.

When we'd gotten him to finally choke down all of it, he flat out refused to go back to sleep. He ran to the living room and kept pointing at the front door. There was so much fussing and teary protests from him that Hubs and I took him down to the garden for a walk. Yes, at 4am in the wee hours of the morning. After (what seemed like a) long stroll, we went back indoors again.

Again, Bubs didn't want to go anywhere near his bed, screaming at the top of his little lungs that we were debating if we should bring him to the emergency department. So Hubs again had the brilliant idea of taking him out for a drive. Never mind that it was already close to 4.30am and no one was around on the roads. After a few minutes of driving around, he gave a little yawn. We waited with bated breath. His head started to nod down and his lashes swept his chubby cheeks. Success! 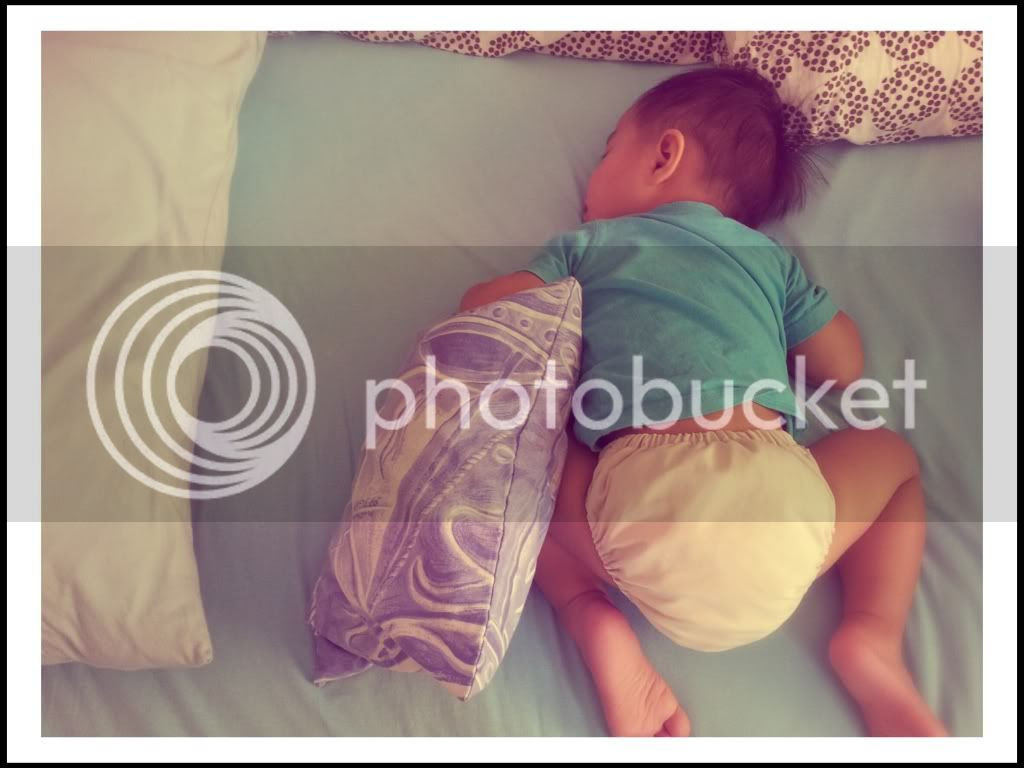 As expected, the next day he was still sleepy and slept and extra long afternoon nap. All's well again.
Posted by The Nonya at 8:47 AM