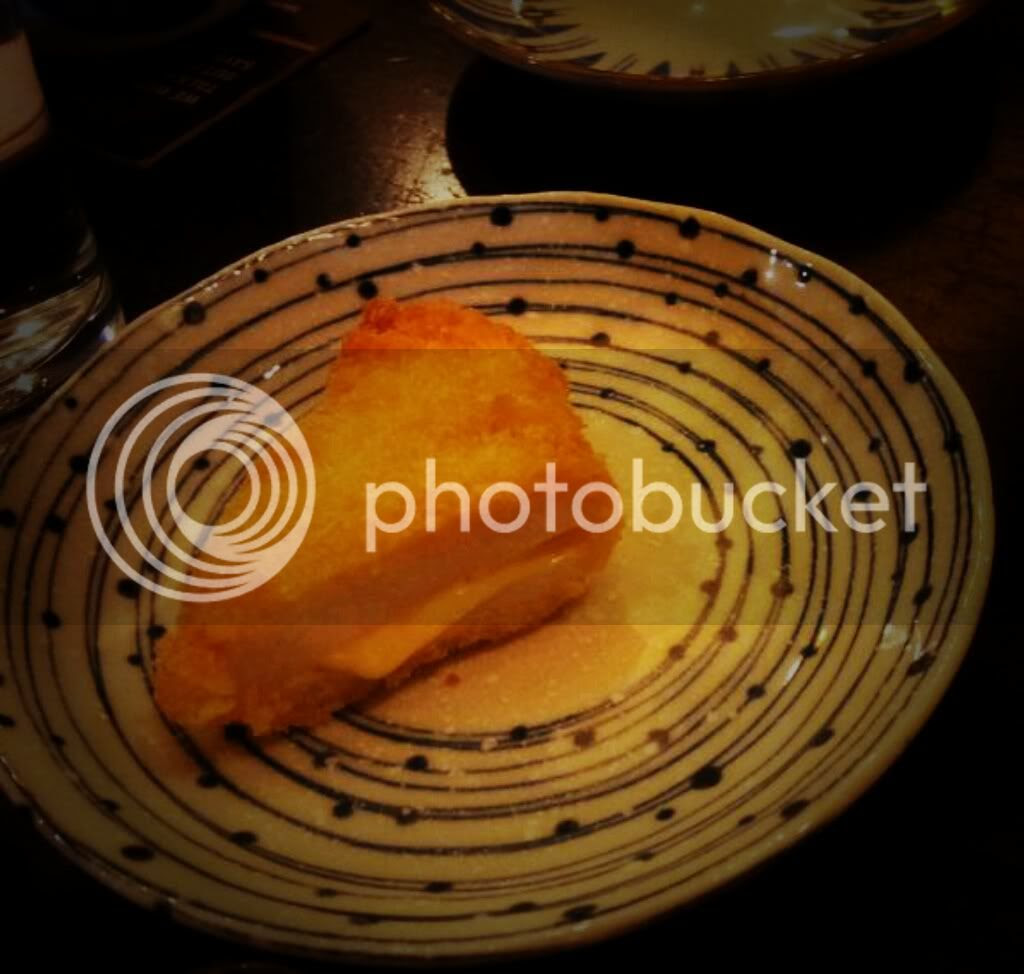 Have you ever tried hanpen cheese? Tsuruya (i Avenue, E Gate) and Aji Noren (Prima Tanjung) make the best ones ever. Don't scoff at the idea of breaded fish cakes stuffed with cheese and deep fried. These are so yummylicious, I could eat a whole plate of them at a single sitting. 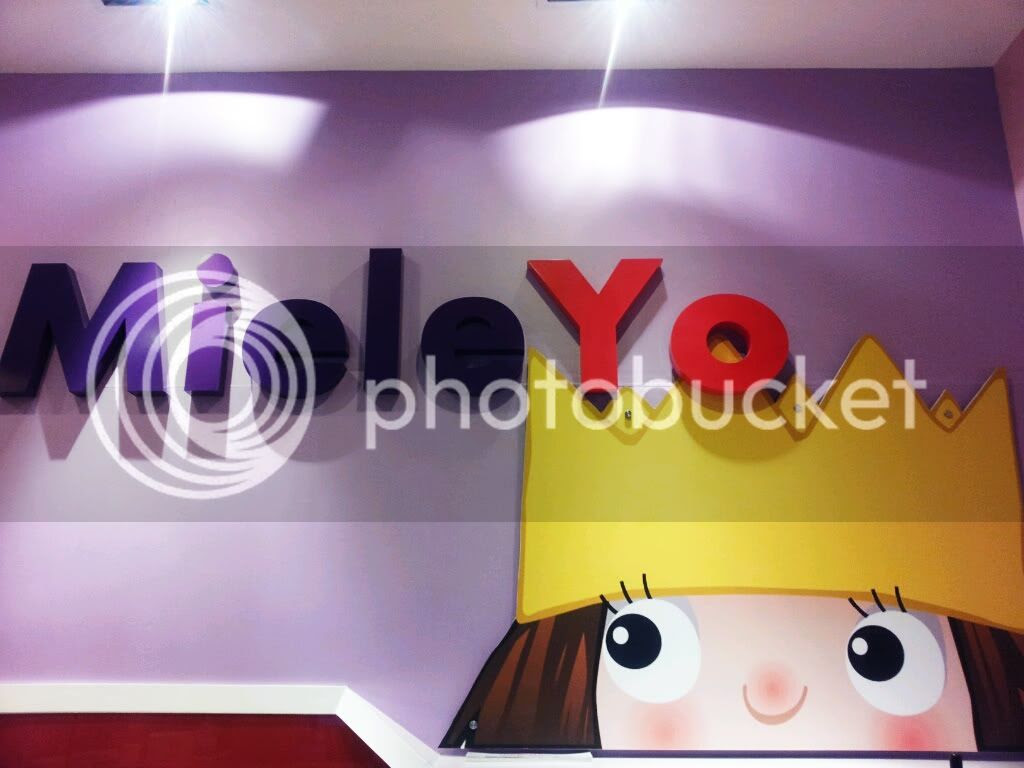 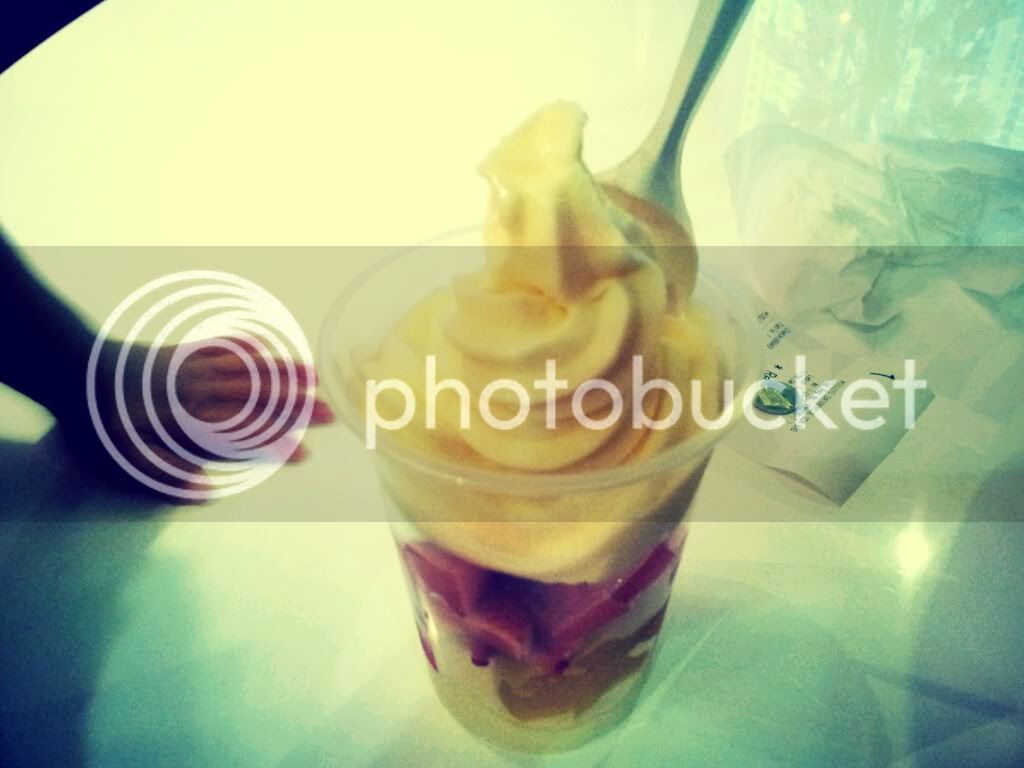 Part of the reason why I stepped into MieleYo was because of the cutesiness. The frozen yogurt was decent though they only had 3 flavours: plain, peach (this is good!) and tangerine (flavour of the month). Before I could even snap a pic, Bubs decided I was taking too long and licked the top! The price is quite reasonable though you could argue that because it's not priced based on weight (a popular concept with frozen yoghurt stores here), the toppings are all kept behind the counter and the wait staff will add the toppings for you. 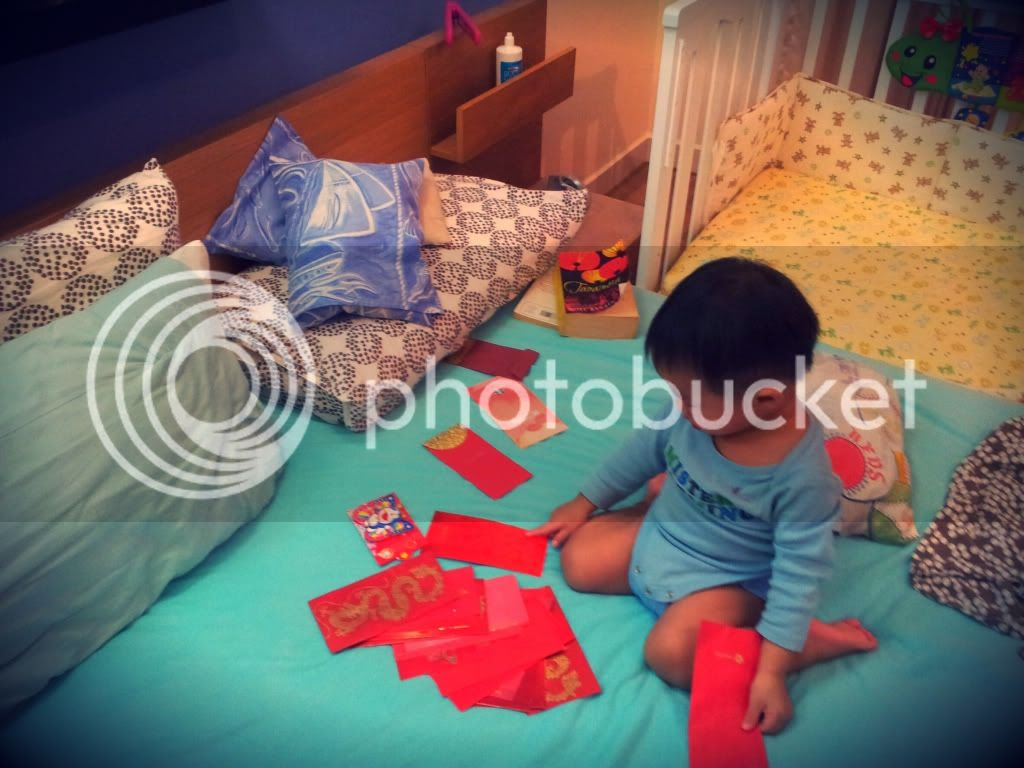 Getting giggles from Bubs. He was fascinated when I drew an eyeliner tattoo on his arm and tried to lick it! He surprised us by shouting "ang pow" when we showed him all the red packets he'd received. He was contented to play with them, bouncing up and down the bed as he scattered them all over.
Posted by The Nonya at 9:20 AM