I still can't believe that a complete klutz like me managed to pull off DIY-ing a couple of elements for Bub's birthday party. It helped to cut down on a lot of costs and being the control freak I was, it was fun to make it more personal. Even though Bubs is a huge fiend for Lego and super heroes, he couldn't care less about the theme - it was just an excuse for me to go all wild with it ;) There are sooo many cool ideas for a Batman Lego theme and the more I looked at blogs and Pinterest, the more I wanted everything. Hubs repeatedly warned me not to go overboard with party planning and to stick to a budget. 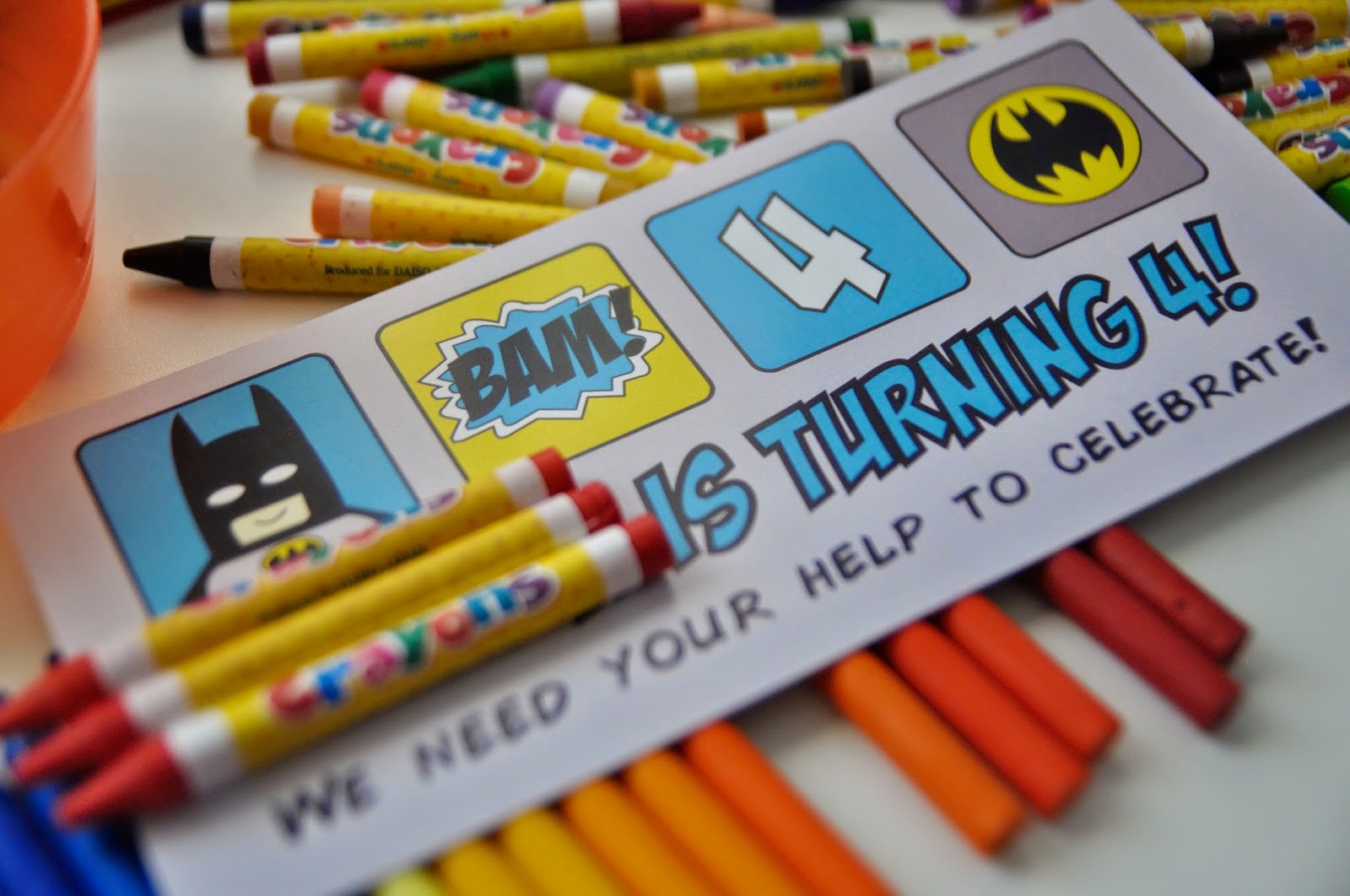 Hubs designed the invites and got it sent off to the printers. Bubs was so chuffed to see his name printed on the card along with Batman. 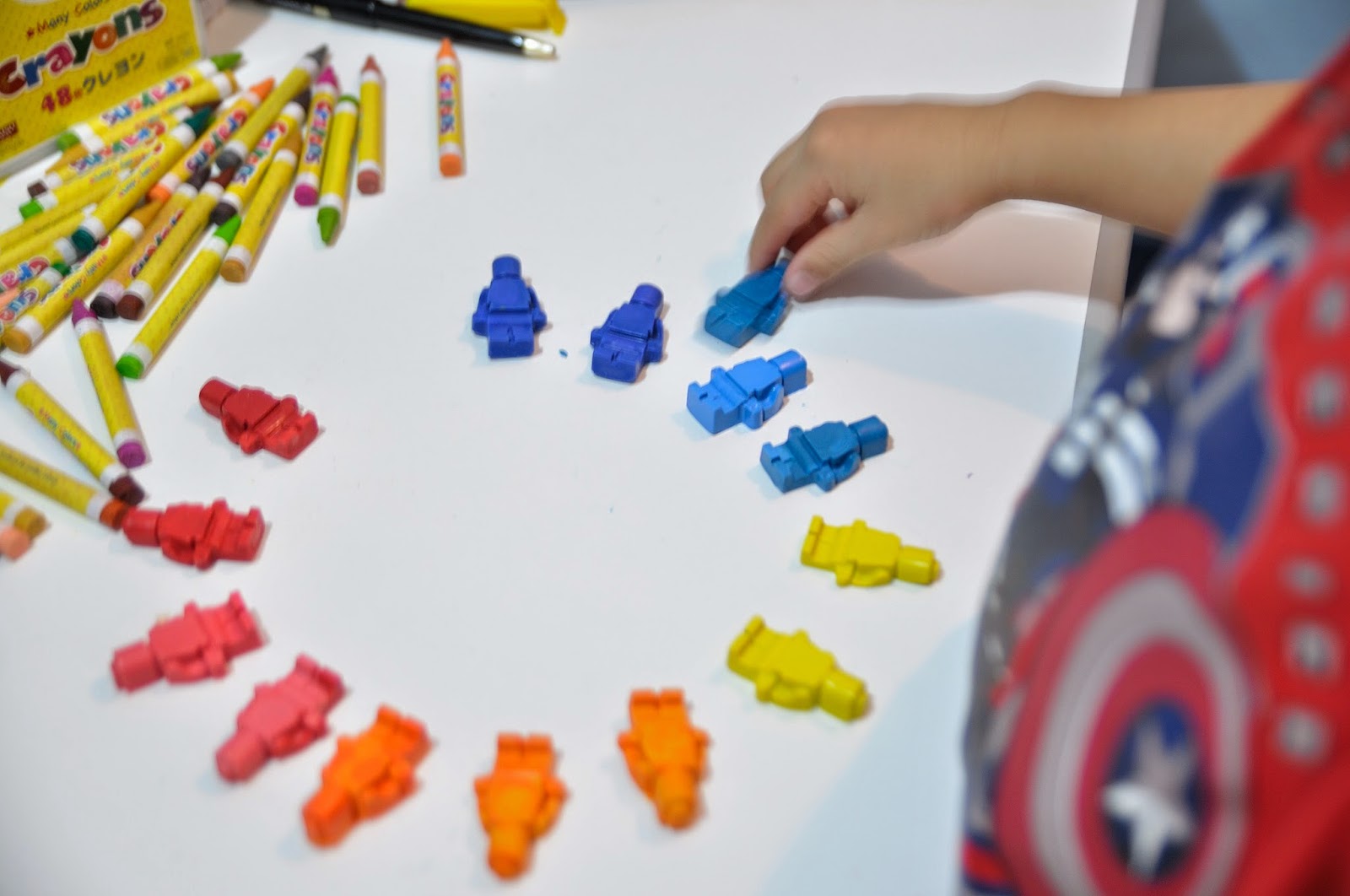 We did our own Lego figurine crayons as part of the goodie bags' contents. 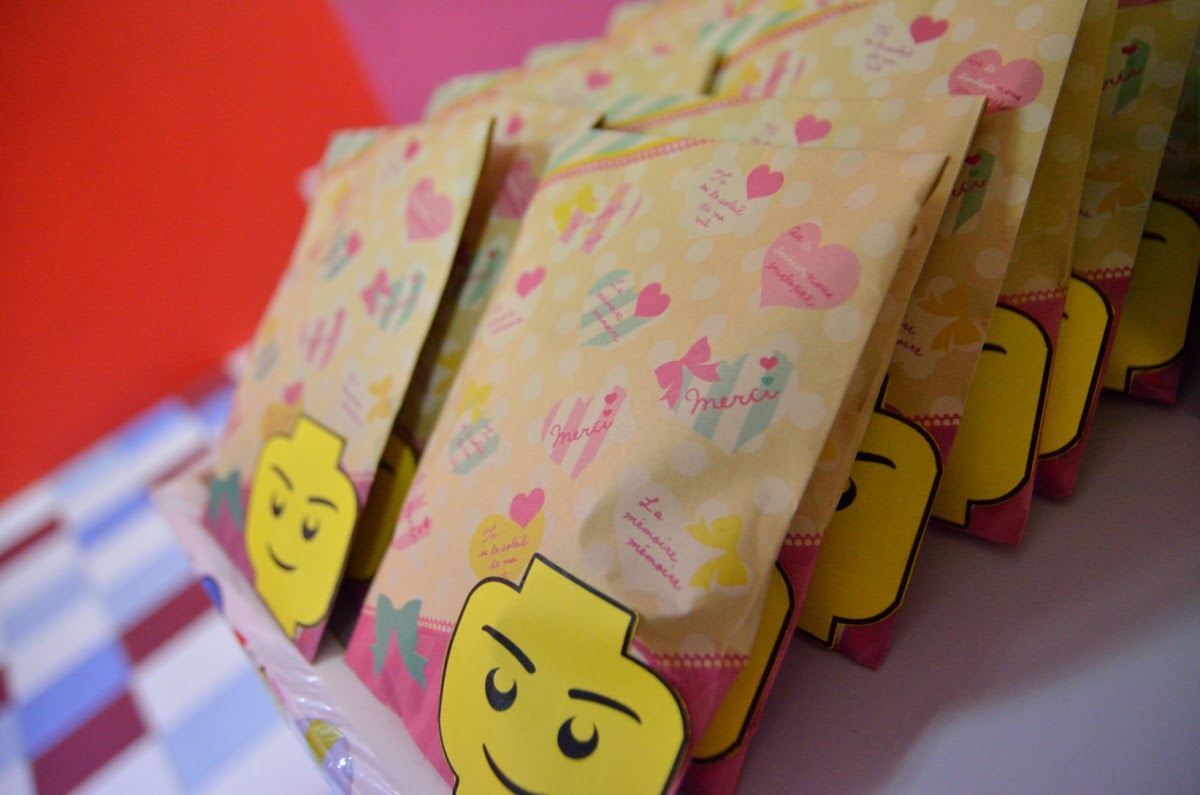 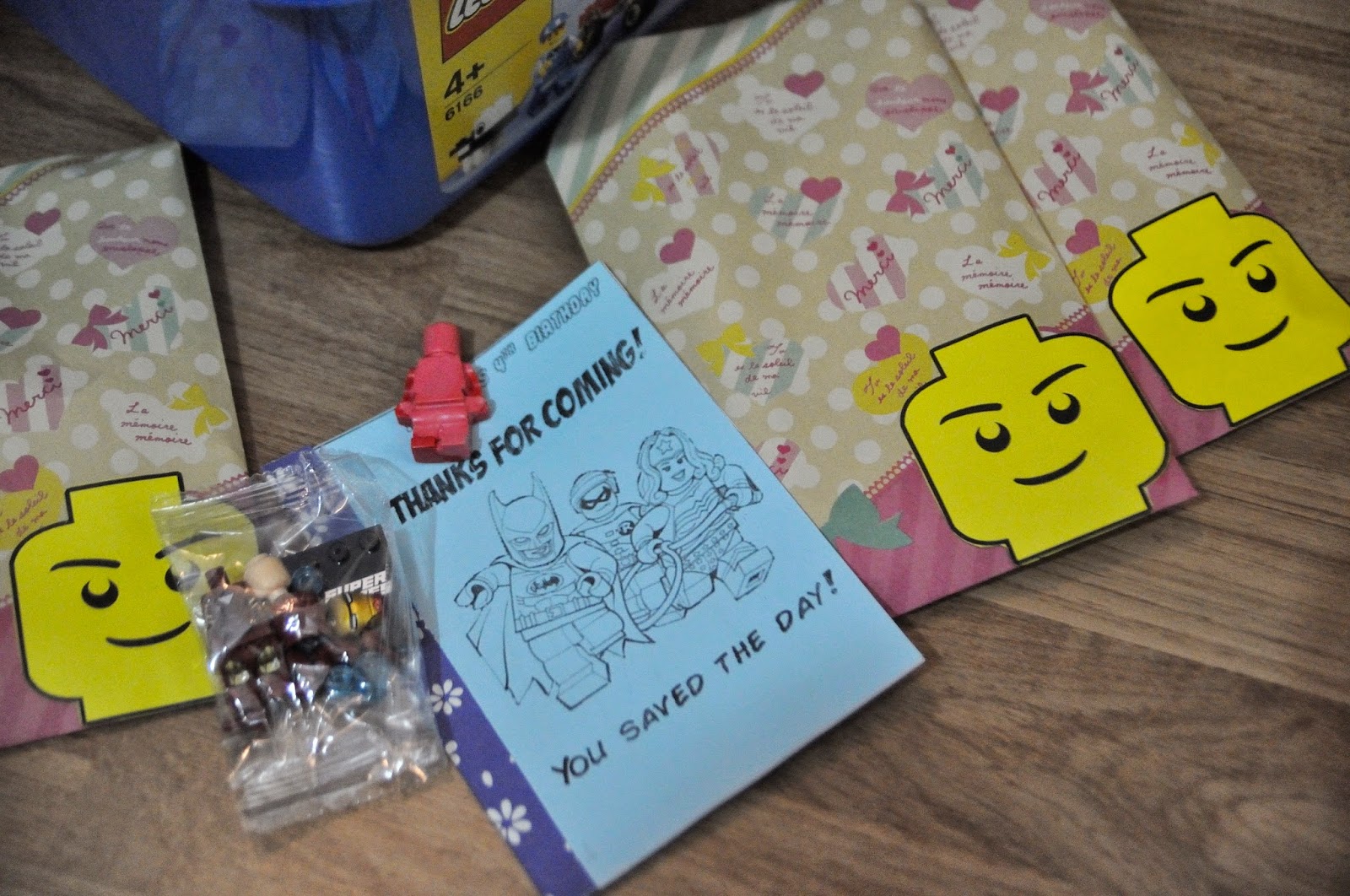 It was surprisingly hard to find a plain ol' paper bag to be used as a goodie bag. Most of the places I went to were charging about RM1 a bag. It didn't help that most of the goodie bags carried by Daiso were girly ones in pink and white lace. Siew put her foot down by pointing out that kids wouldn't even care about what the bags look like, they'd happily rip it open to get to the loot inside.

In the end, I went with some Daiso paper bags, printed, cut out and pasted little yellow Lego heads on the side of the bags to make them slightly more boyish. We popped in a Lego figurine crayon, a DIY colouring book that I stapled and stuck on washi tape, a Loacker wafer and a Lego-inspired super hero figurine. 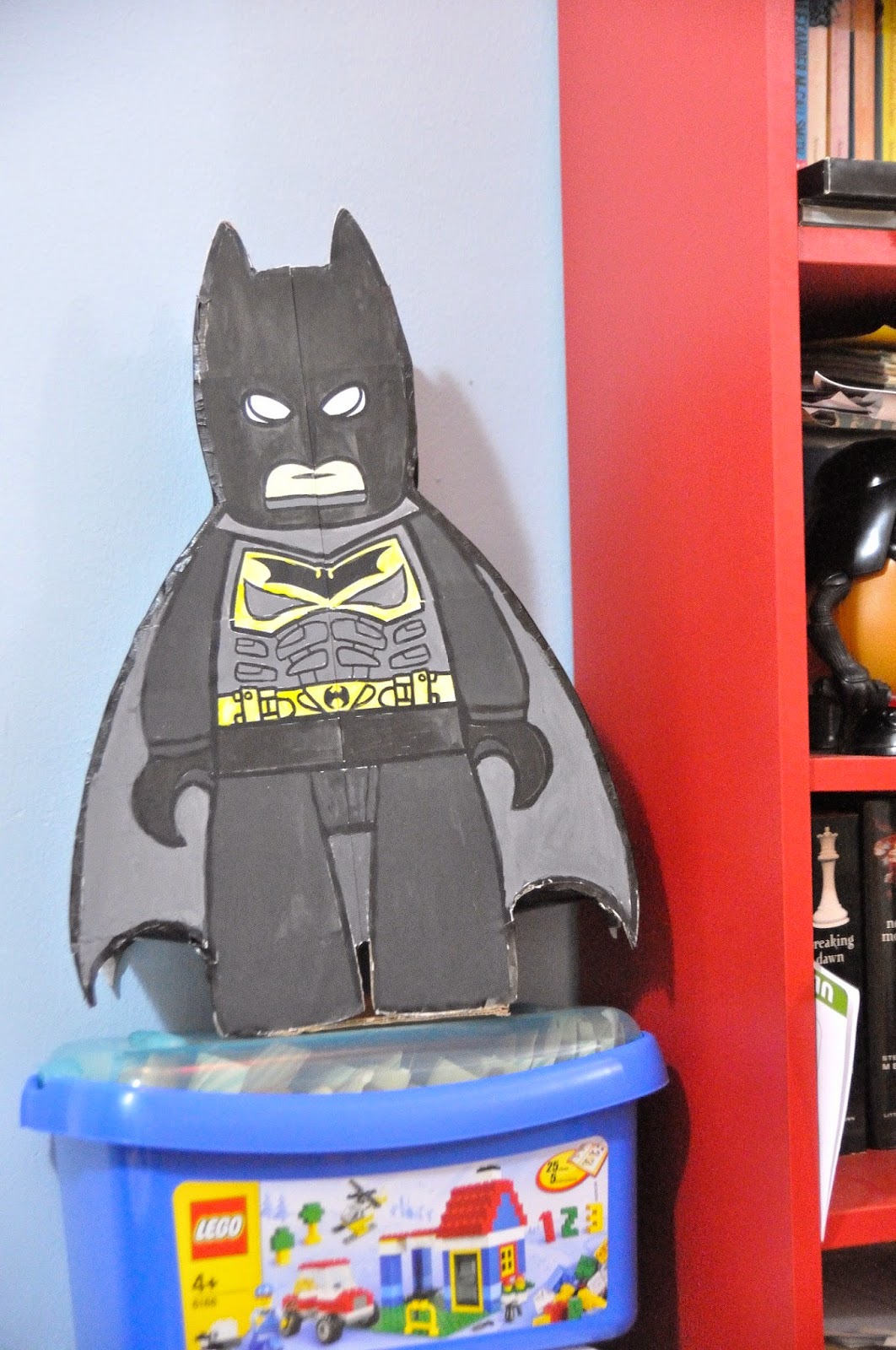 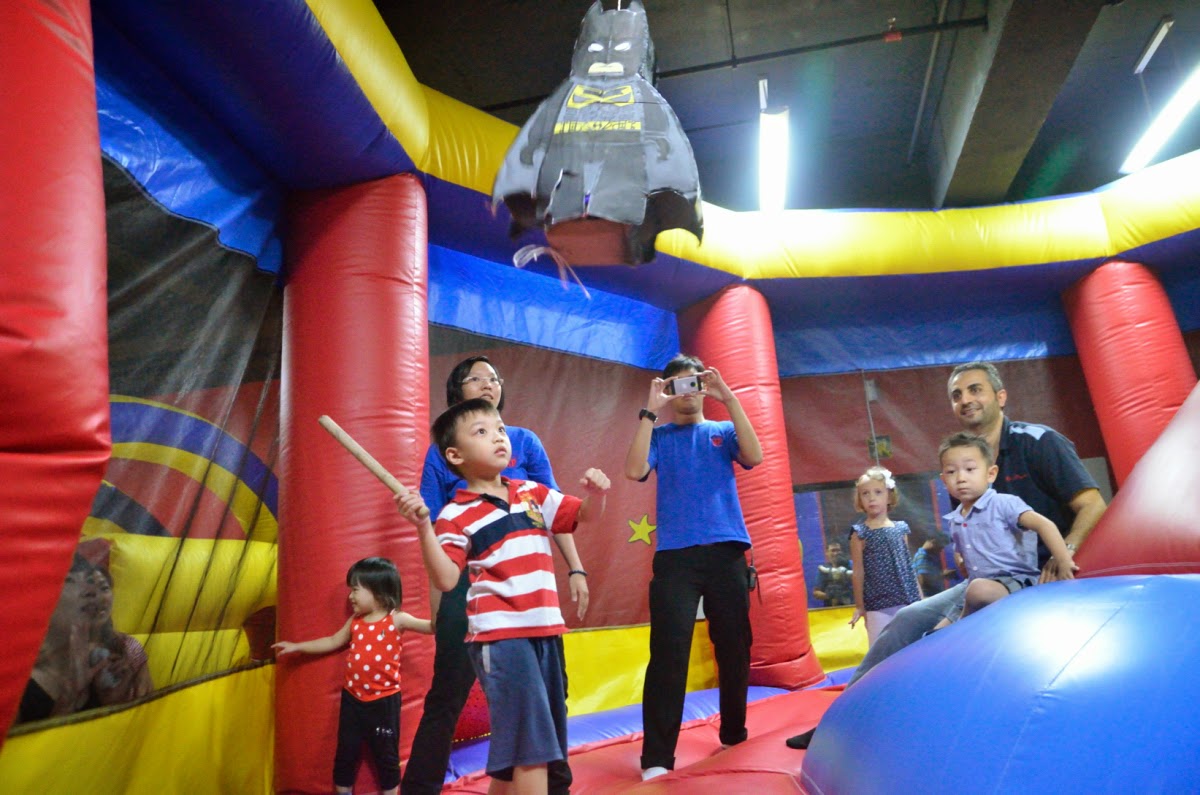 Thankfully Siew talked me into including a pinata for the party. I was put off at first by the sheer amount of effort required (did I not already mention that I'm the klutzy kid whose parents had to do her art homework for her) and they aren't cheap at toy stores either. I found an easy pinata tutorial. Siew found a Batman Lego picture and enlarged it for me to about 4 pieces of A4. I used cardboard from the free boxes they leave outside at grocery shops.

I was contemplating between making it a pull string pinata but Siew said it'd be boring for the kids - and again, I'm so glad I listened to her. It was the highlight of the party to watch them whack poor Batman to get candy to shower down! I used a Daiso rolling pin (yes - it was a rolling pin at the baking aisle!) as the pinata stick. Hubs pointed out that even for adults, it takes a lot of brute strength to smash it open - so he added a pull string trap door at the bottom of the pinata - which we did use at the end! 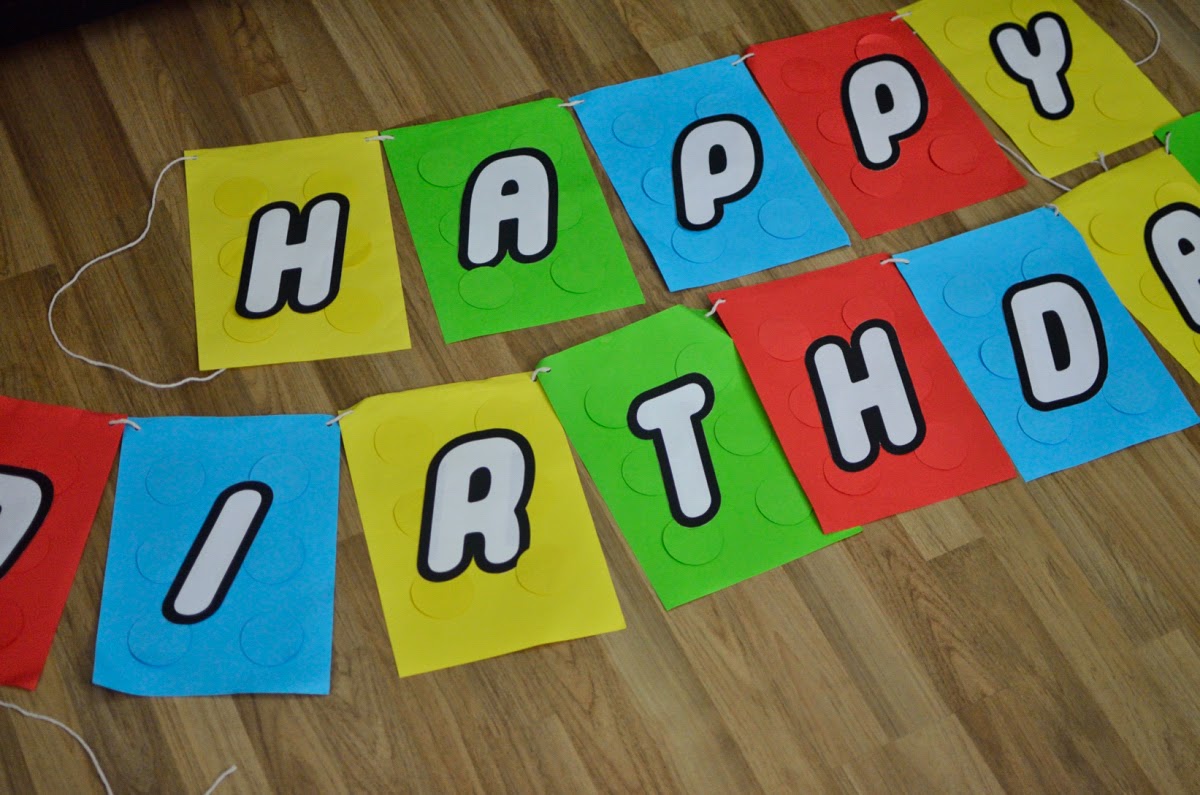 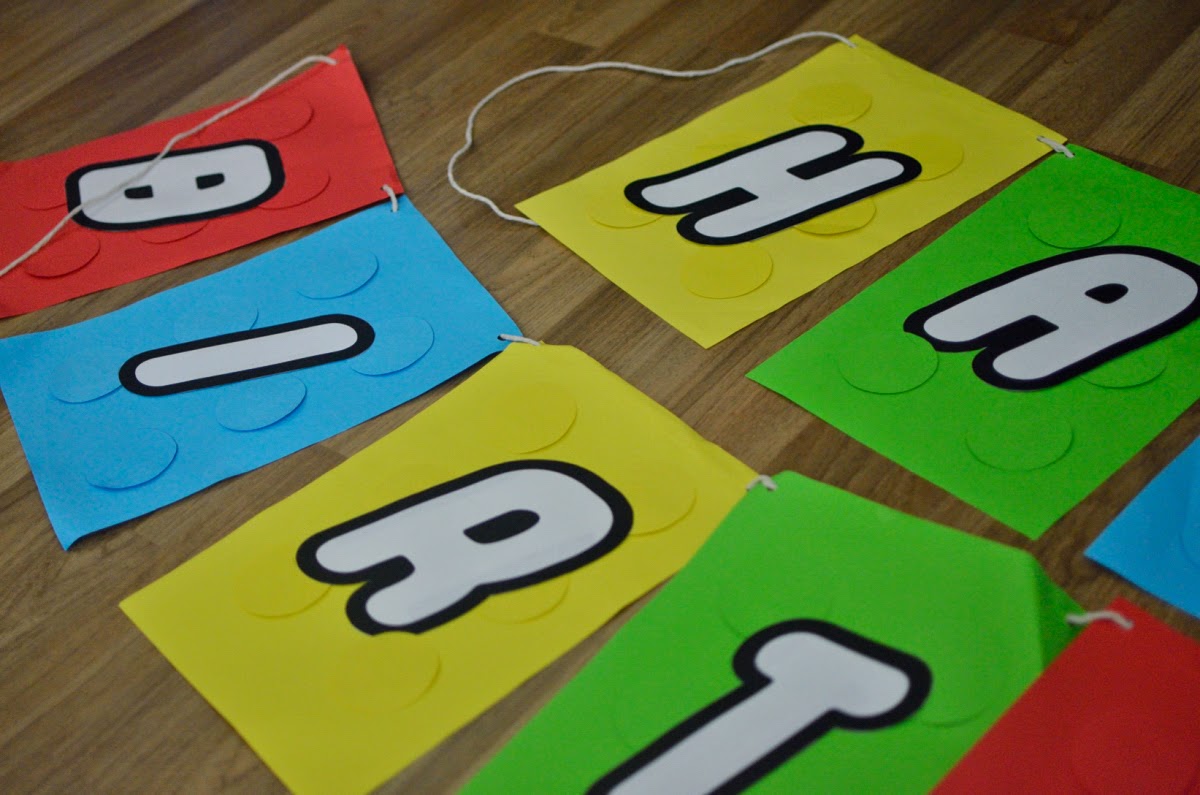 For the birthday banner, I installed a Lego font and cut out the words Happy Birthday Bubs. I wanted the banner to look like colourful Lego bricks so Siew cut out circles for me while I stuck them on using craft foam tape. 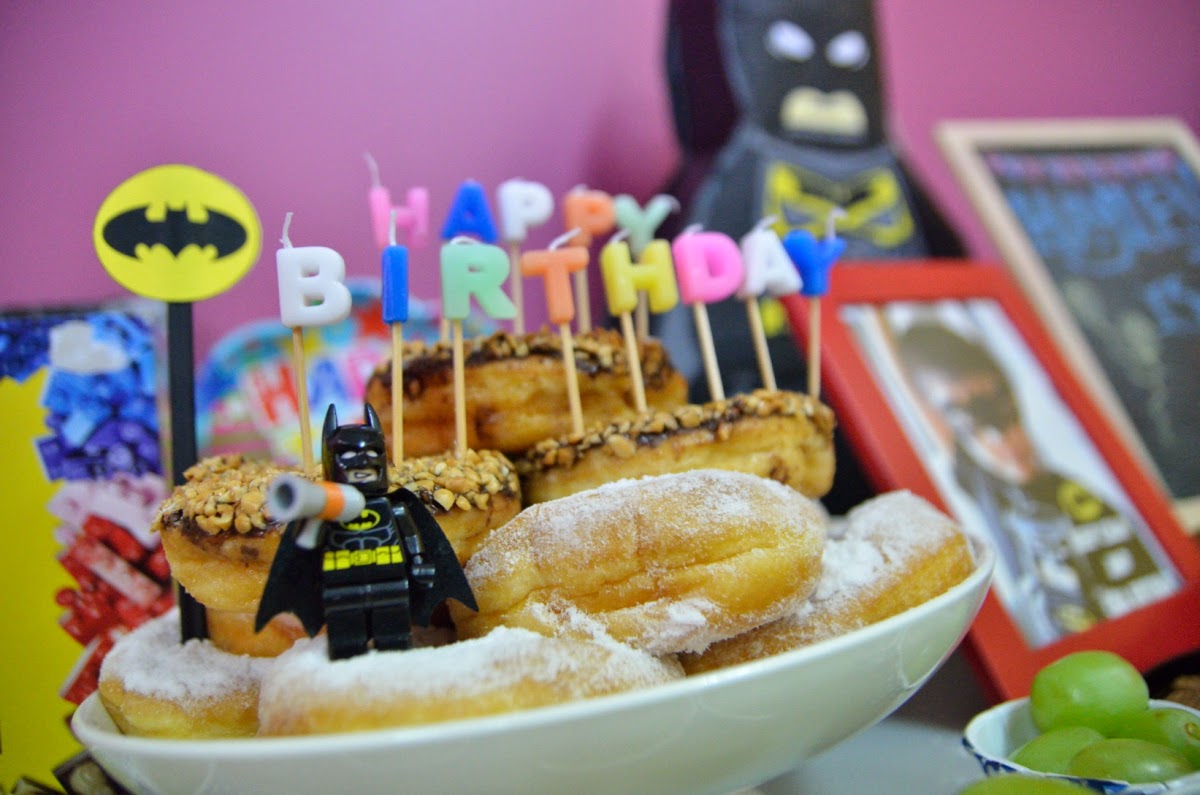 I bought some donuts, stacked them onto a cake stand and stuck pretty birthday candles from Daiso, plonked a Batman Lego and a bat signal (made from yellow paper and a coffee stirrer!) in lieu of a fancy cake and it was a hit with Bubs.
Posted by The Nonya at 10:06 AM