For Bub's birthday, we were invited for a mini celebration at his school. We were sooo excited that we were finally able to take a peek in what he's up to at school. Bubs was equally chuffed that from 0 birthday parties, he got 2 in a year! 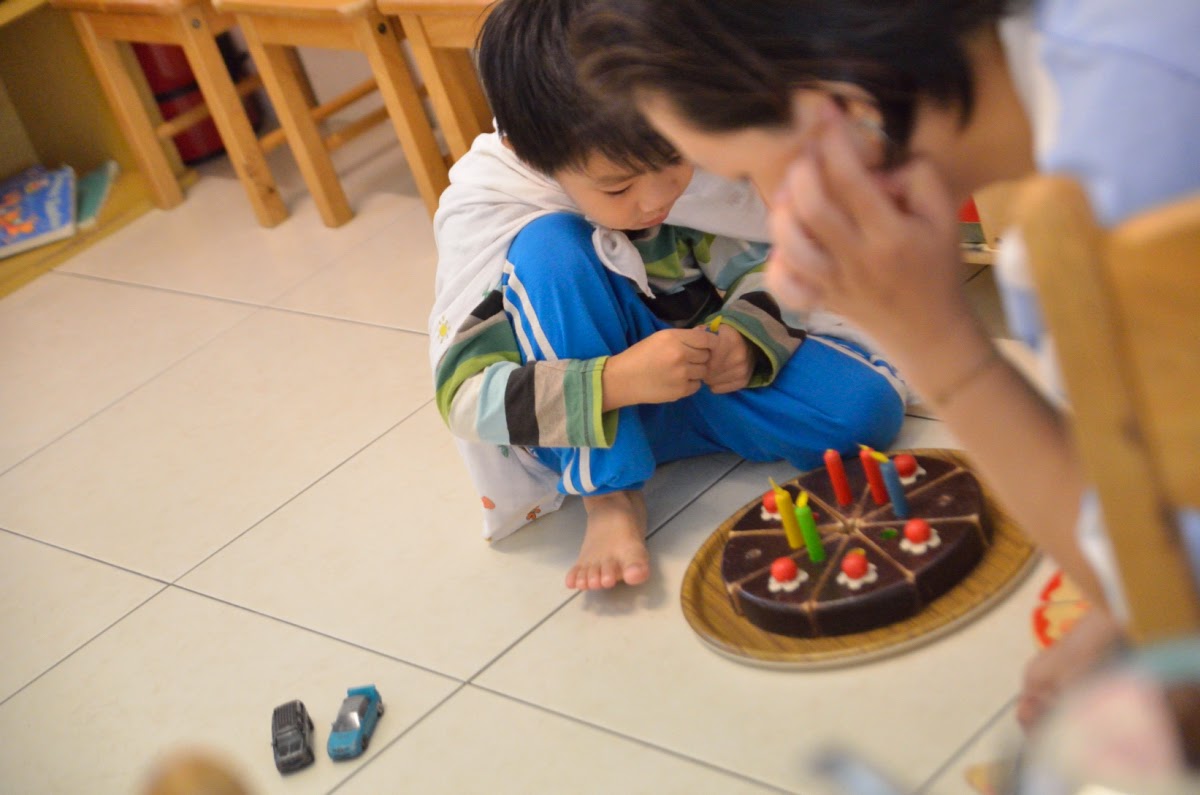 Bubs rehearsed what he was going to do with his actual cake later. When he brought out a linen nappy cloth, I thought awww, how sweet, he's probably going to swaddle a doll .... until he tied it around his shoulders and proclaimed himself a super hero ... I should have known *face palm moment* 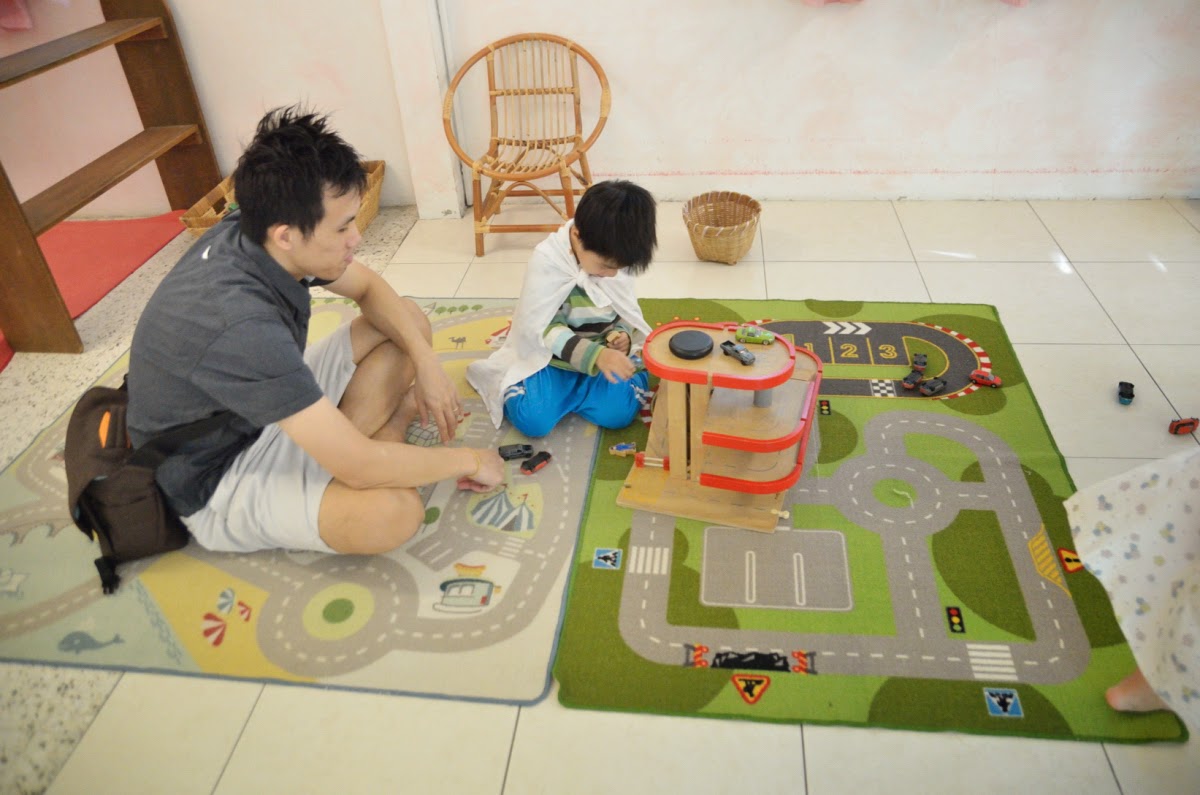 I adored all of the toys they had at the school, they are mostly from natural materials: wood, rattan, cloth. We sat there, observed Bubs interacting with his chums and listened in on his chats. It felt like such a revelation to me that my lil baby is an individual of his own, has friends of his own choosing and can carry on a conversation with them *sniff sniff* 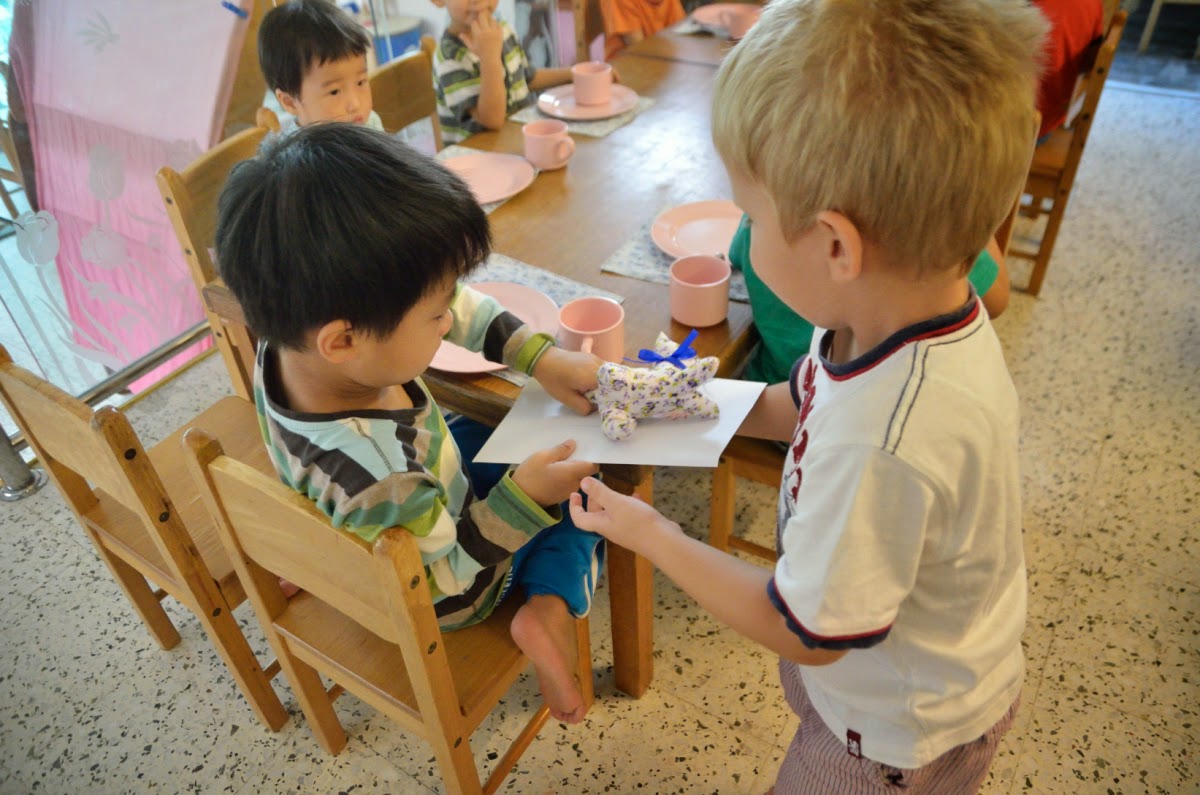 During morning tea, we sat with the children, watched them sing their songs while making the cutest hand movements to accompany the lyrics. Bubs was presented with a toy stuffed cat and a mini book with his photos at school in it. 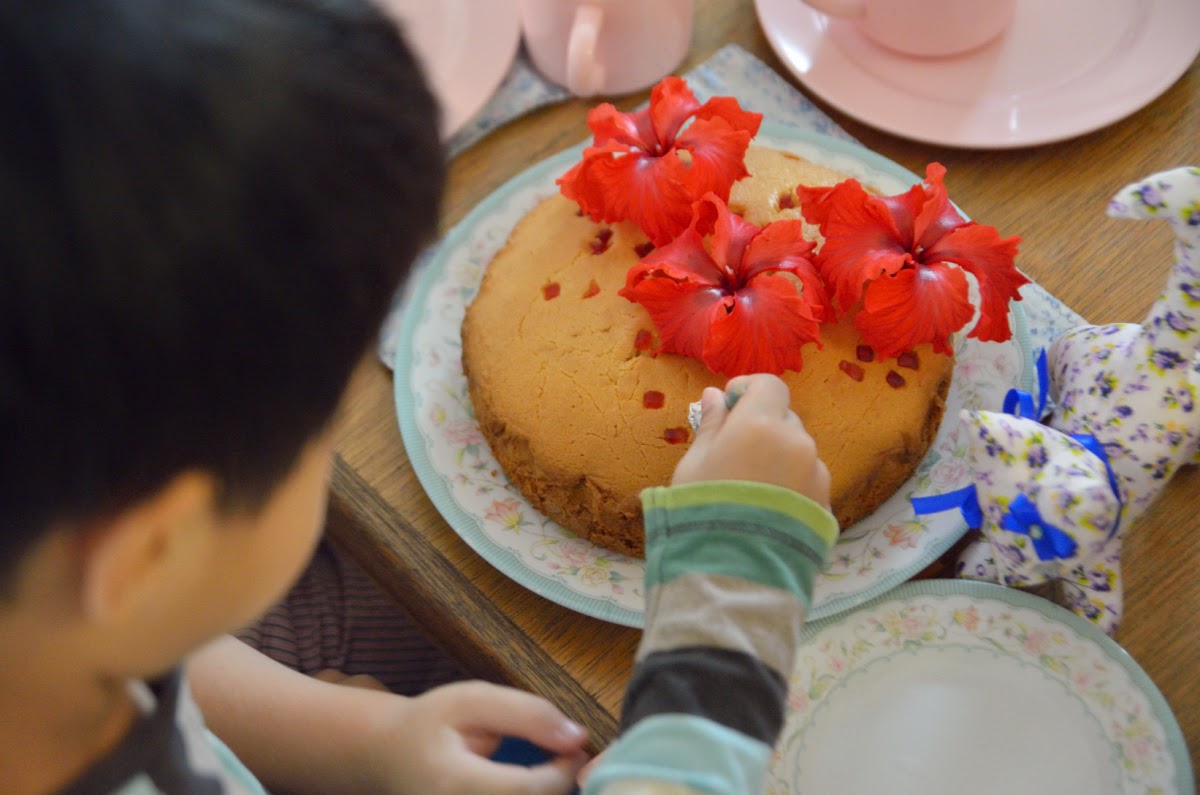 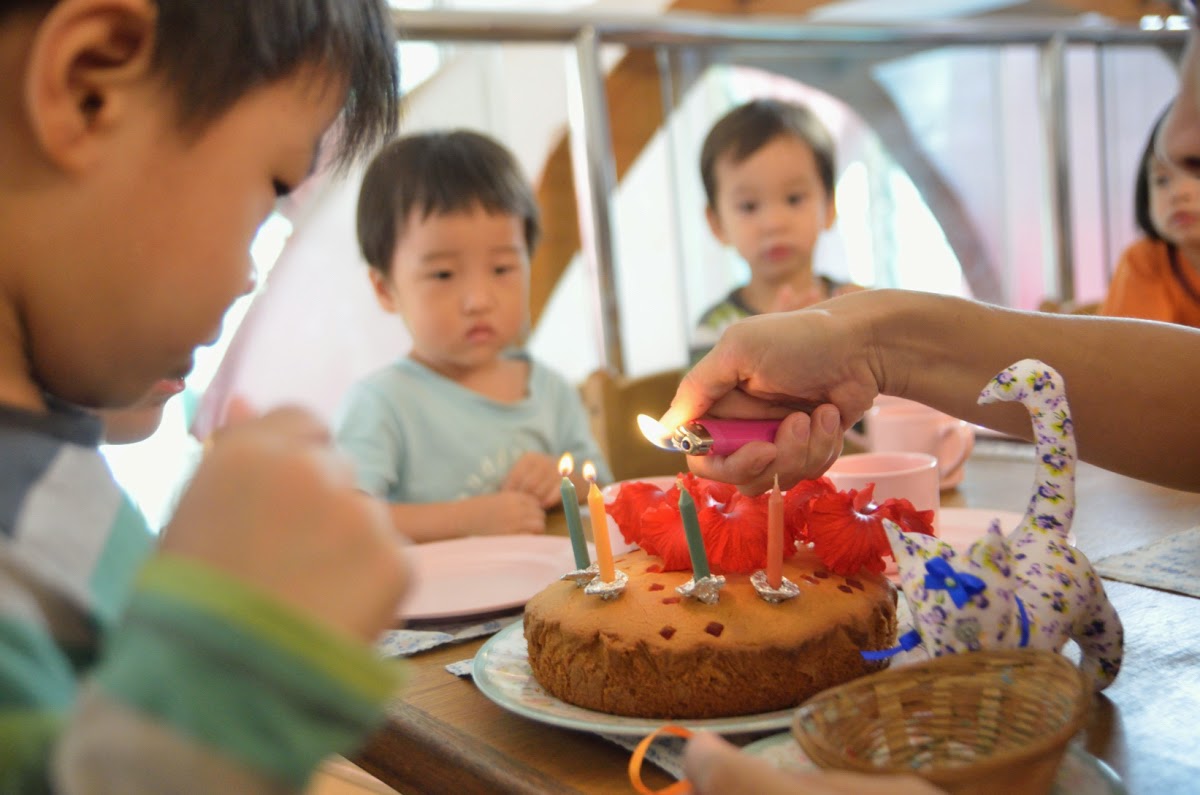 The teacher then told a story about why today was a very special day and then served a freshly baked and still warm butter cake from the school kitchen - bless their hearts - Hubs proclaimed it the best cake he'd ever had. Bubs was provided with red hibiscuses and candles (the tin foil under the candles trick is genius - will have to do that for Hub's birthday) to decorate the cake with. He loved every single bit of it! 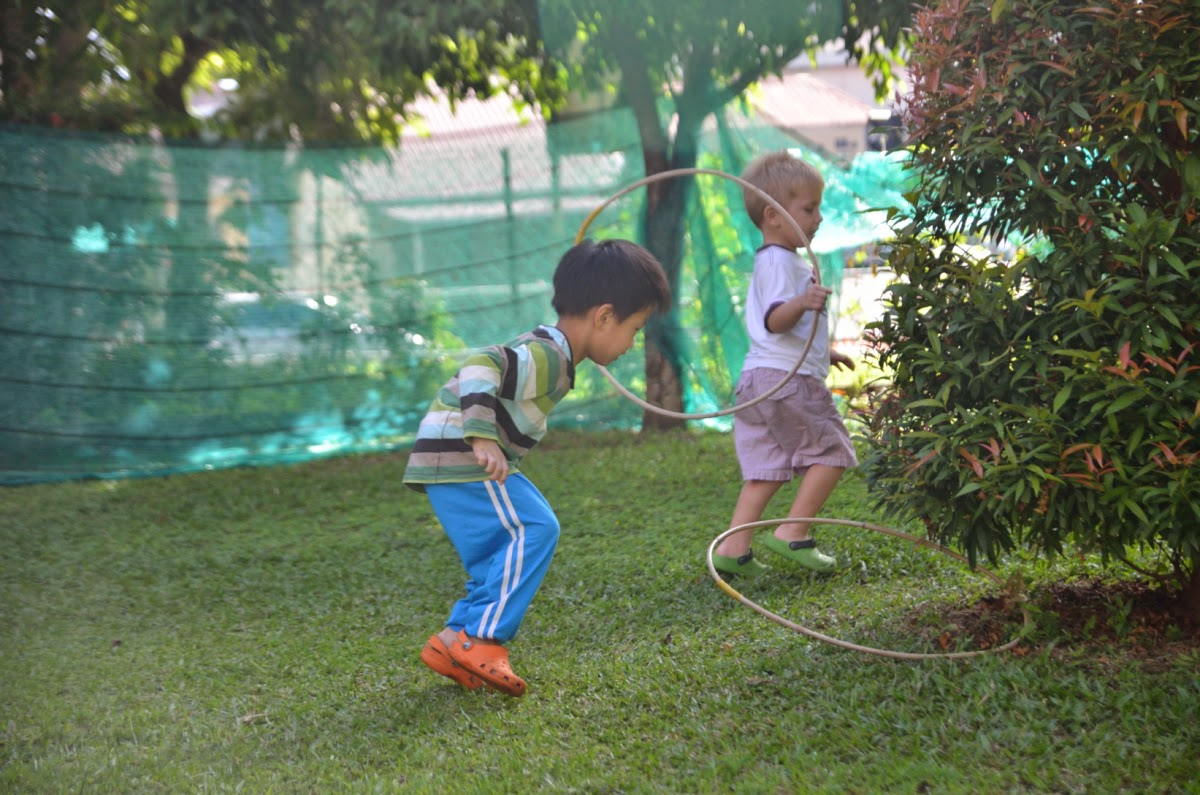 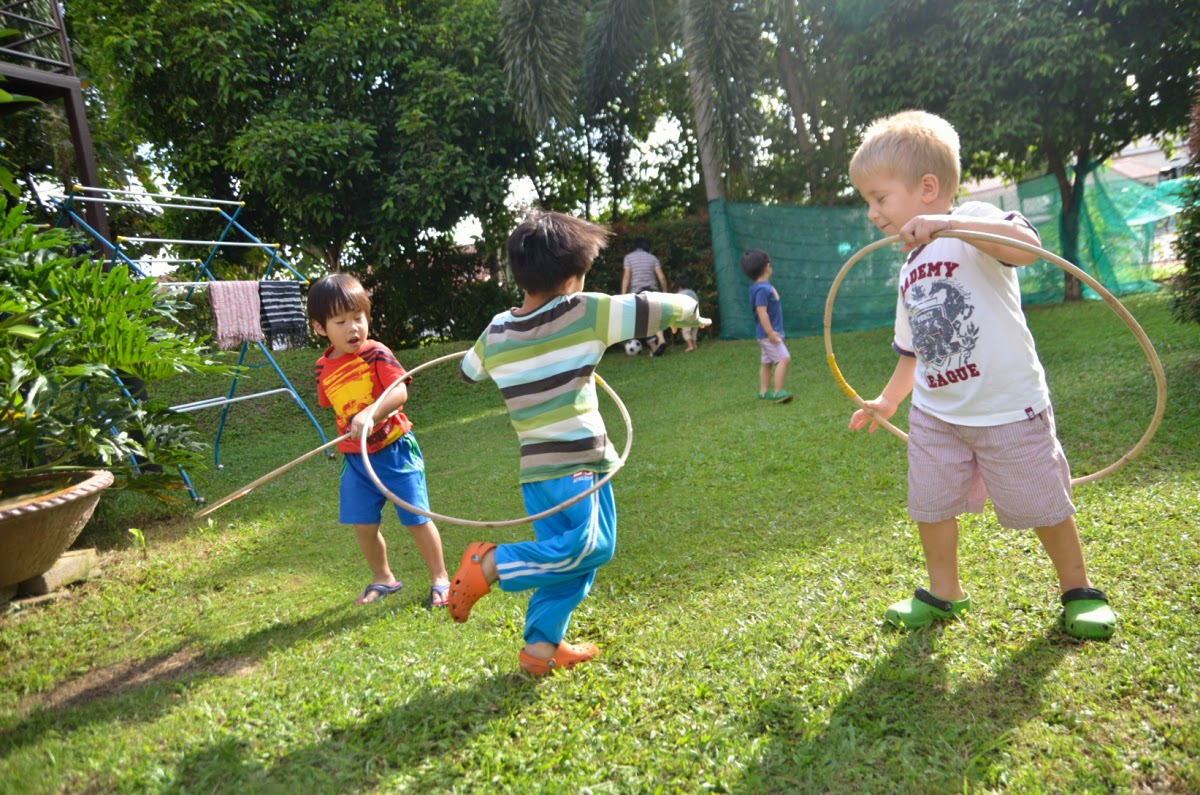 After all of the children finished their morning snacks, they raced outdoors for the playground. Bubs was showing off his crazily awesome hula hoop skills :) Hubs and I then took the opportunity to sneak out of his school without his noticing us.
Posted by The Nonya at 6:08 PM