Hubs usually takes me out to a buffet dinner for my birthday - he knows that I have the appetite of a monster - so this year, I was surprised when instead of heading to our usual haunts, he took a different route with a mysterious smile on his face. 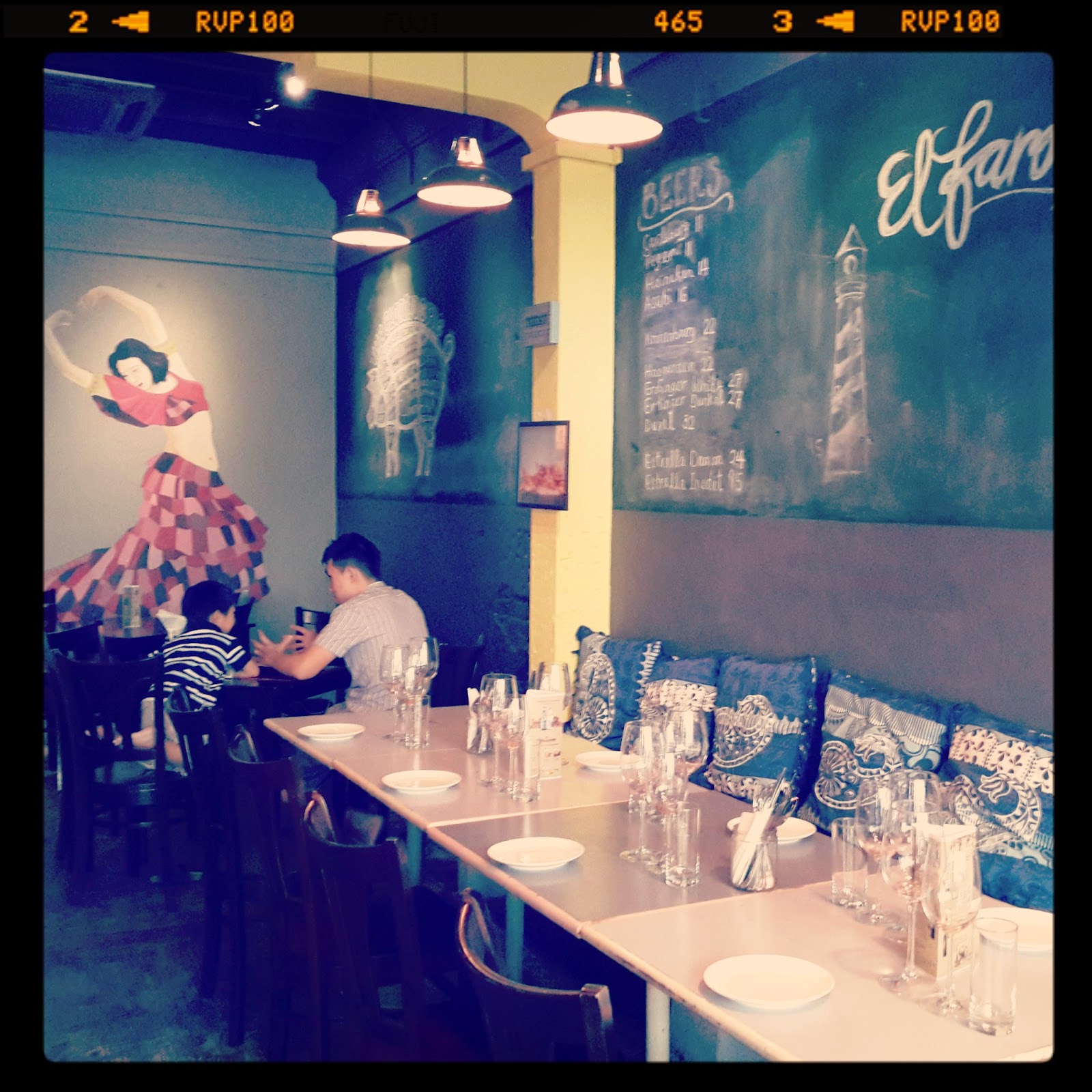 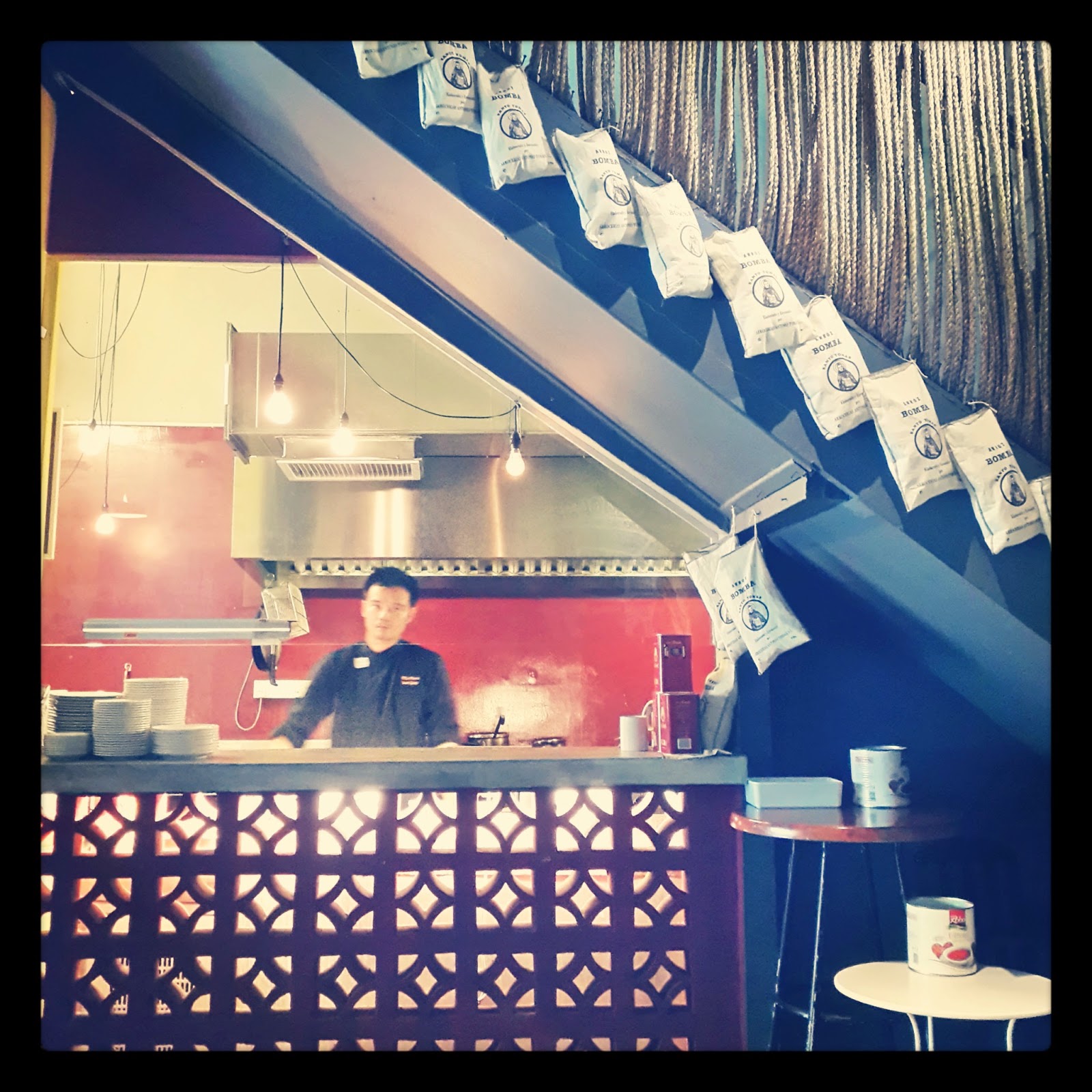 El Faro is a quiet, small Spanish restaurant and quite possibly the only one serving tapas in Penang. Think of Tapas as the ang moh version of dim sum where a plethora of food are available in small sizes so you often end up with a variety of dishes to nibble and pick at. Most of the menu items are available in 2 sizes: tapas and dish and the chef's specials are marked up on a board. I spotted pigs ears (RM15) - which a friend had once told me that they taste a lot better than they looked!

I was blown away by how attentive the wait staff were, they were very polite and rushed to our every request. As parking space is limited there, most of the cars were double parked and each time a car woner wasnted to go out, the wait staff actually remembered who the owners were and would request them to move their cars. 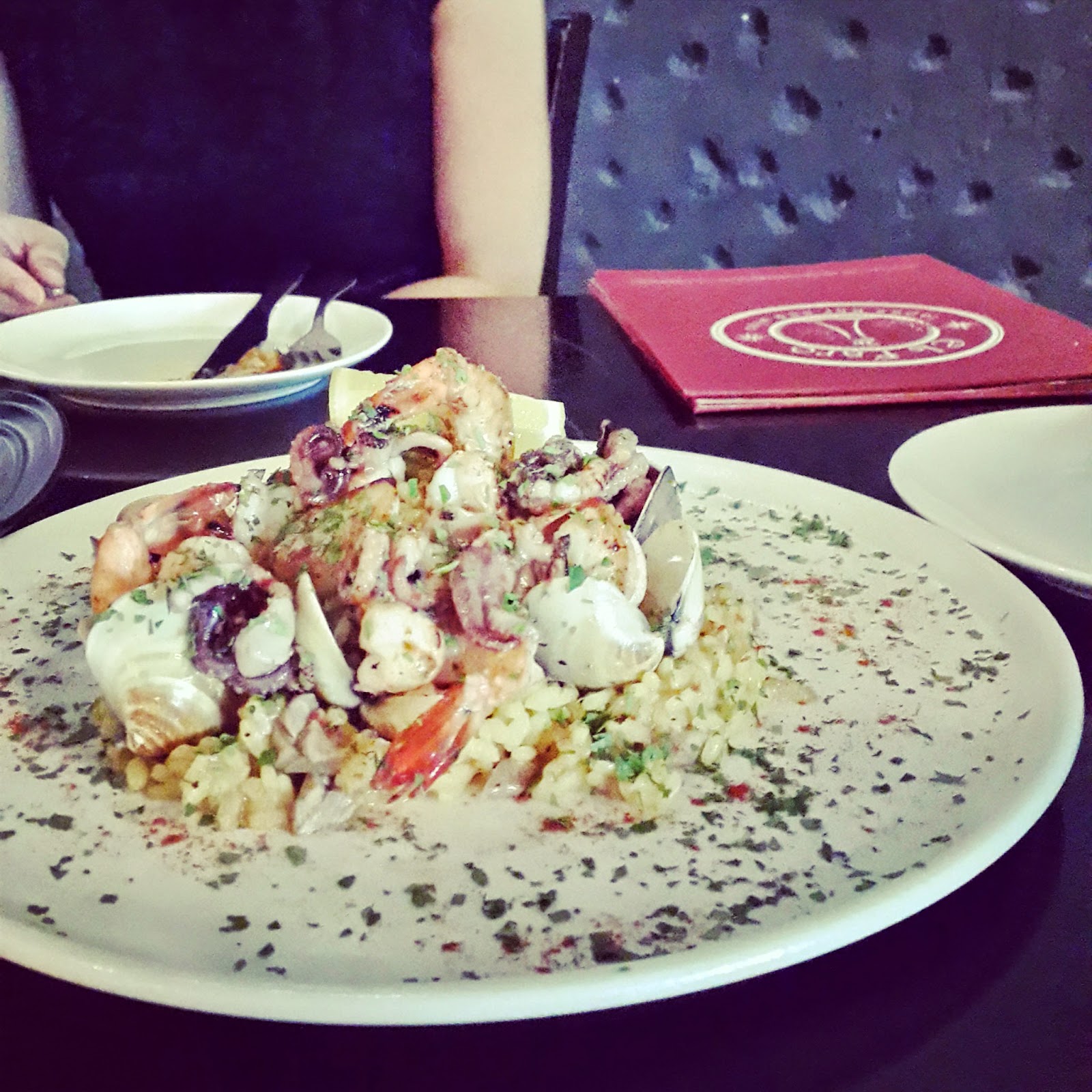 As paella (RM45) usually takes around 20 - 30 minutes to get cooked, we ordered it straight away while we slowly read the menu. Our biggest mistake was not ordering the larger version of this dish :( The flavours were stellar and it came topped with a generous serving of seafood. Even Bubs was crazy over this dish. 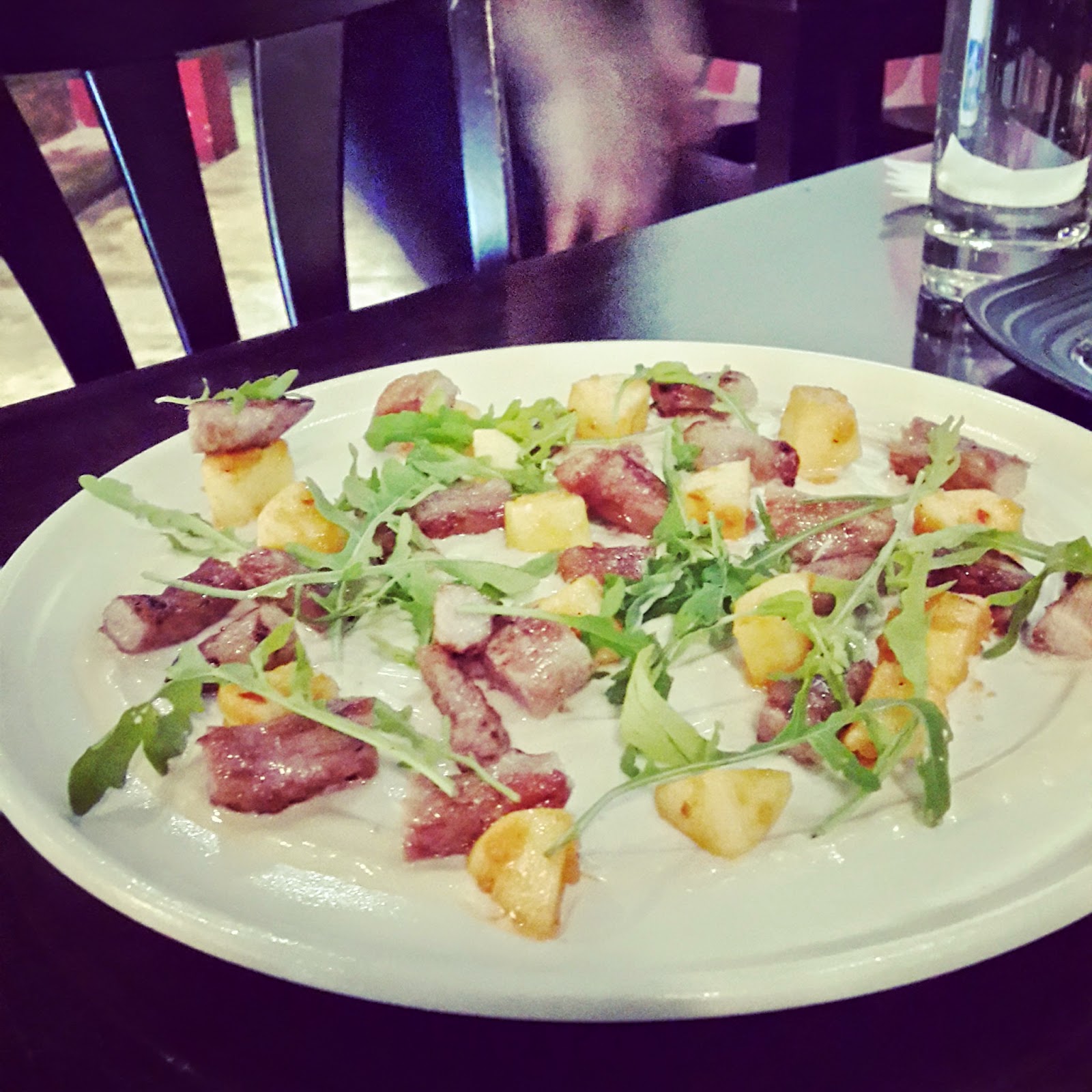 The pork jowl with apple kimchi, maple sour cream and rocket (RM30) was a promotional dish and it was amazing! The tender pieces of pork went nicely with the crisp, slightly spicy apple chunks. I couldn't really taste the tang of sour cream but the smoky sweet maple was the perfect complement for this dish. Bubs couldn't stop spearing the pieces of "siew bak" with his fork and popping them into his mouth. 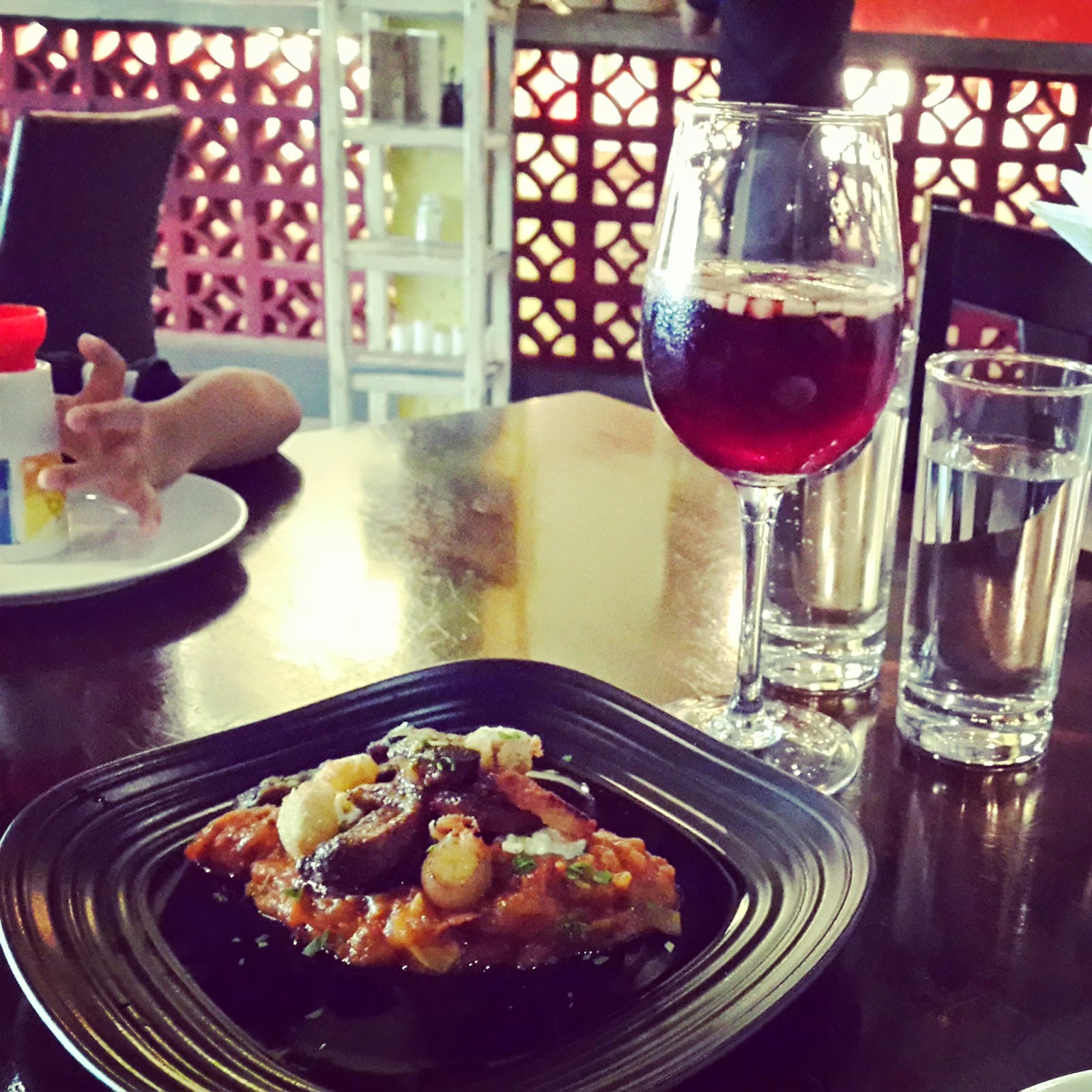 I could never say no to a glass of sangria (RM14). Bubs was pouting because we refused to order a glass of orange juice for him and when he looked longingly at the sangria, I told him it was chilli juice (helped that it was red) and he backed away fast ;) The portabello mushroom dish was served in a tomato based sauce and the strong flavours of this simple dish won us over. 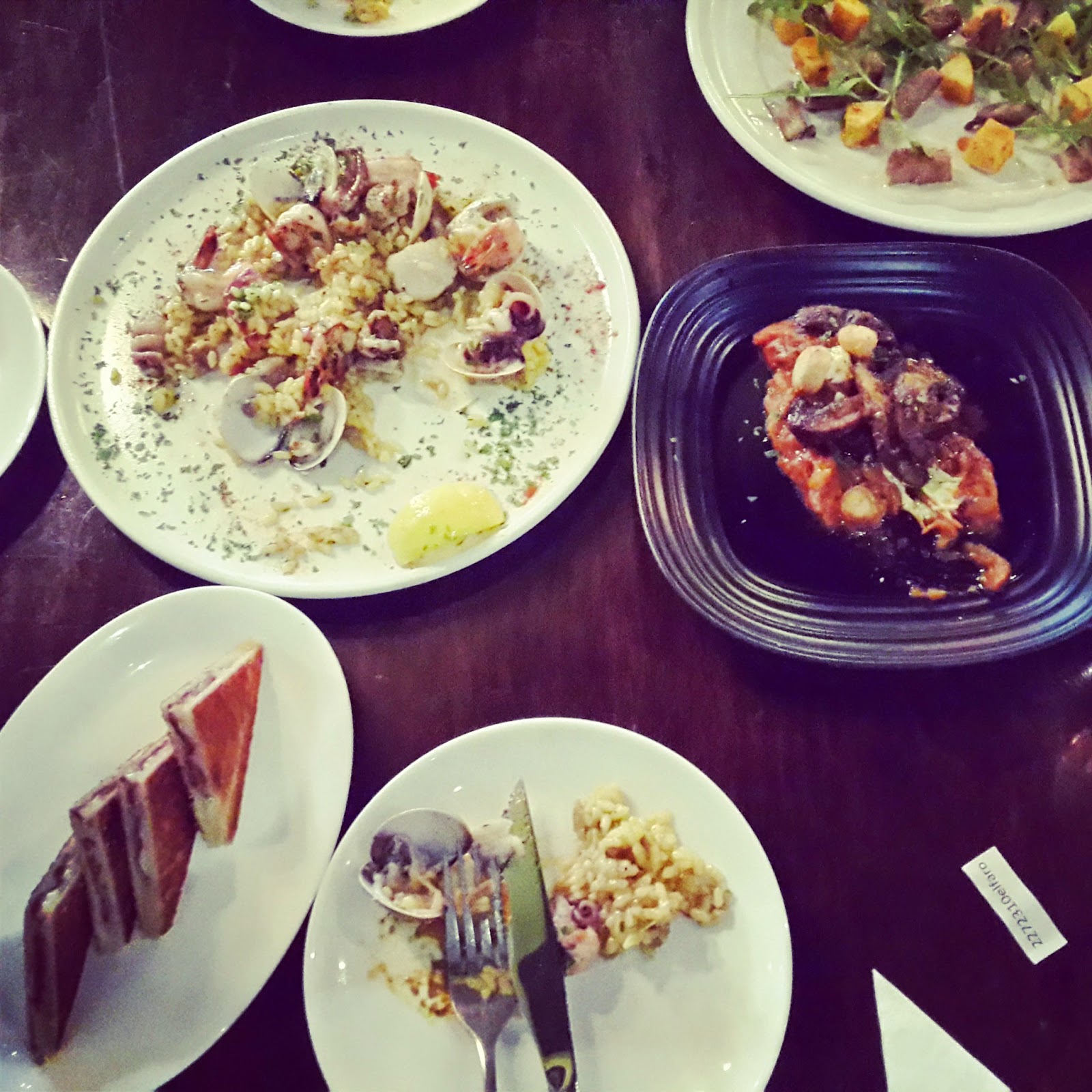 Be warned that tapas size is small so when dining with voracious appetites, don't be surprised if you end up ordering more and more. The bikini with truffle honey (RM18) sandwiches sounded boring but turned out to be a pretty good nibble. Stuffed with cheese and ham slices, the truffle honey added that extra "kick" to the dish and bizarrely reminded me of cempedak! The chorizo sausage was served drenched in a sofrito sauce of tomatoes, herbs and olive oil (RM19) and given that we still had a lot of rich gravy left from the portabello mushrooms, I asked the waiter if they had any bread for these. I was pleasantly surprised when he appeared a few minutes later with a plate of freshly pan fried baguette slices for us. The last dish for the night was the tender pork belly (RM18.90) and although Hubs said it was okay, I thought it was a little meh. The pork belly was overly salted and the shredded cabbages didn't really add anything to the dish. 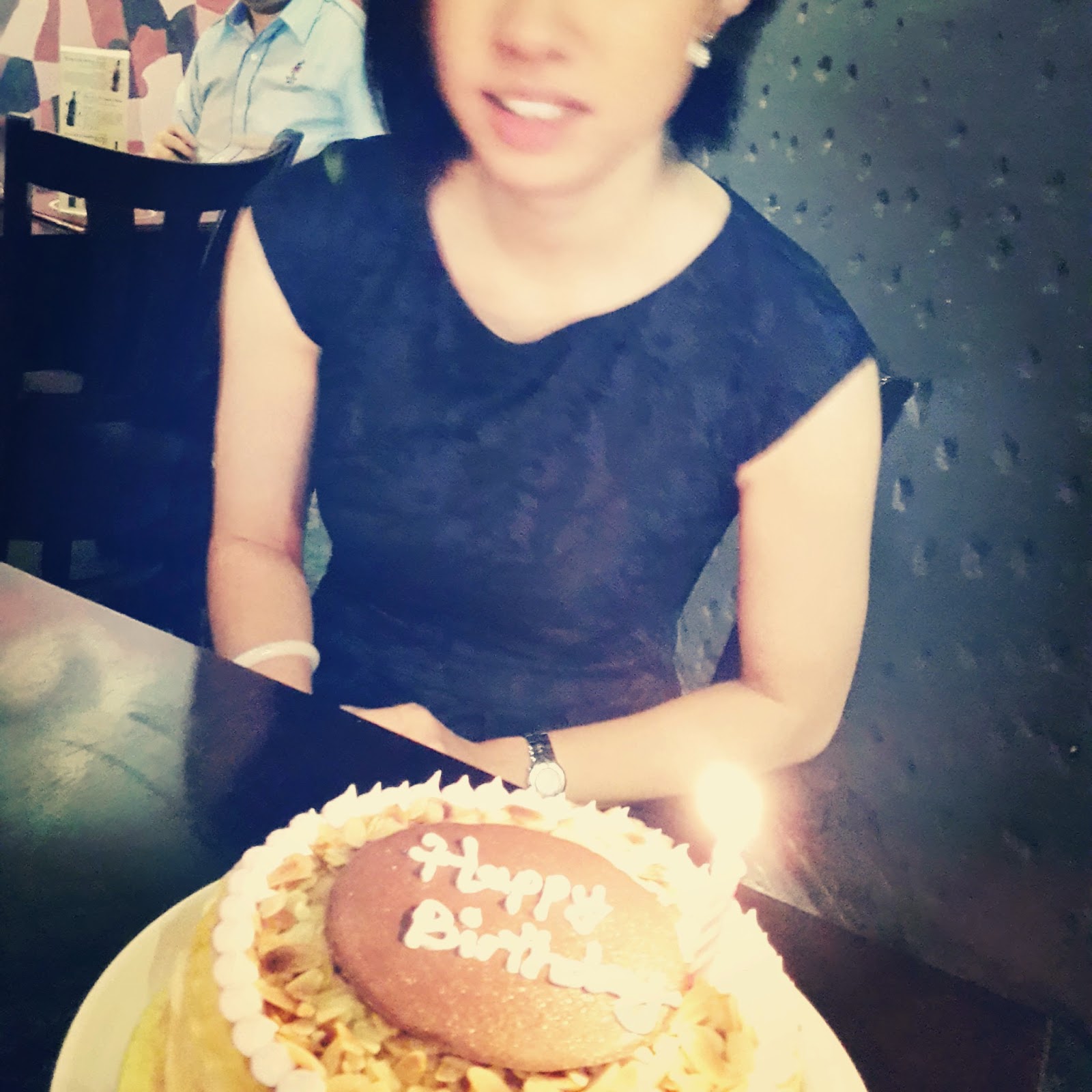 El Faro's wait staff went all out to serve the mille crepes that Hubs got on a nice plate for us and even prepared fresh dessert plates with cutlery. To say that I was impressed with the service is a huge understatement!

We had a really nice dinner, yes, on the pricey side when you add in the service charge and tax but it was worth every single cent. The sangria was potent after a glassful of it and I couldn't stop giggling in the car. Bubs was on a sugar rush after the chocolate peanut butter mille crepes and laughed hard each time I giggled. It was a fun car ride back for Hubs, the only sober person ;)