A Leisurely Lunch and the Jade Bangle

Took advantage of the long weekend to have lunch with my dad. I'm a daddy's girl through and through and always try to bring him out to eat at different places. 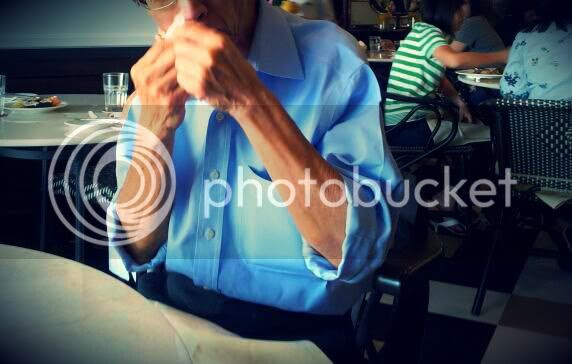 Dad insists on his shirts heavily starched during ironing. He has that many blue shirts that a waiter once asked him if that was his uniform. 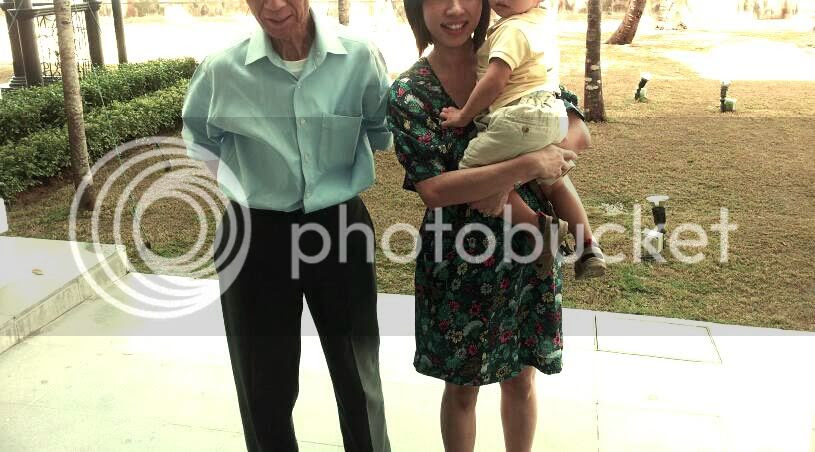 He hates having his photograph taken so we always have to cajole him to take photos together. Last time, he used to complain that it's a waste of film. I pointed out to him that it's all digital nowadays and there's no film wastage. He then promptly said don't waste the battery. 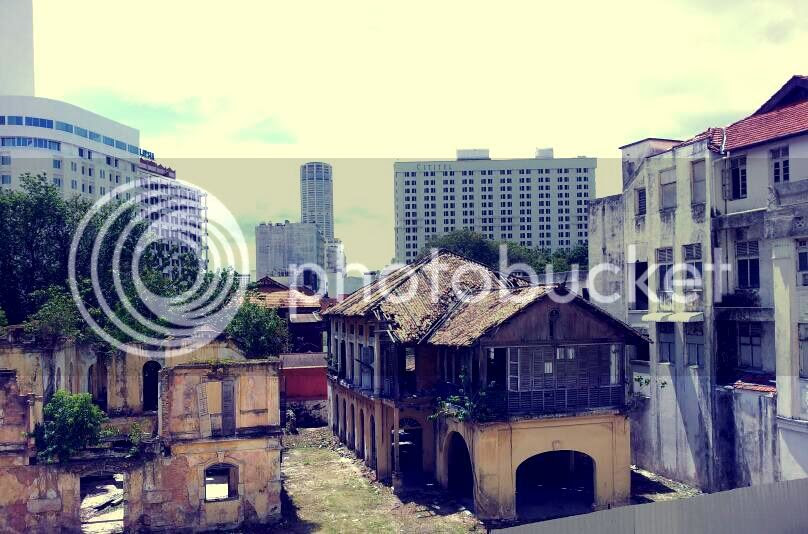 Spotted these old abandoned buildings opposite the E&O. It's such a shame that these are just crumbling to bits and pieces and in the background are skyscrapers, you can tell that sooner or later, someone's bound to buy these up for the land, demolish them and build some hideous multistorey office block/condominium here. 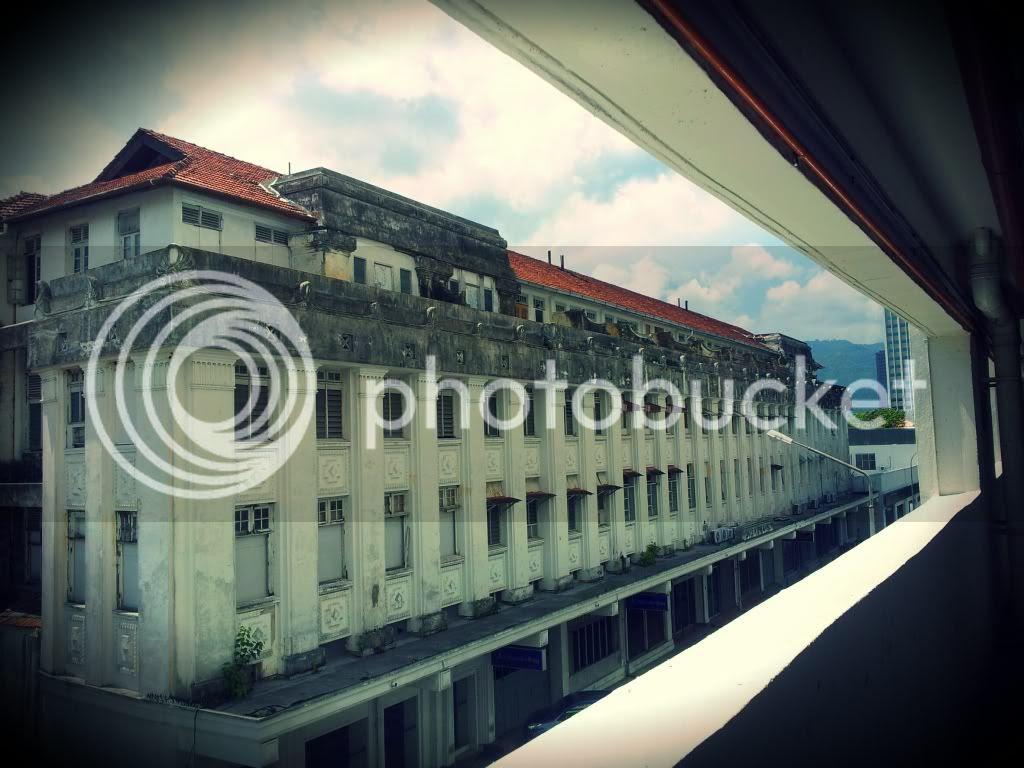 These are still being used as offices, I think. 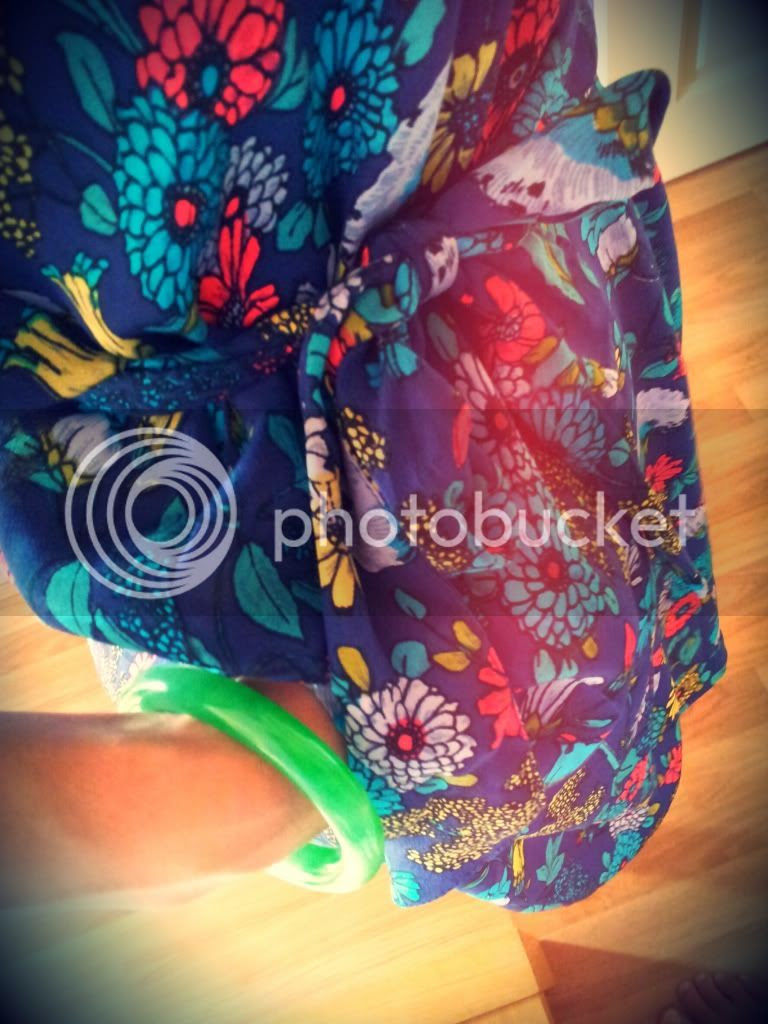 When I was growing up, every female relative I know wore a jade bangle and I used to think that it looked really auntie and frightfully old fashioned. Now that I'm practically an auntie myself (no point trying to deny the truth), I find myself developing an affinity for jade bangles and asked Mum where could I find one that is reasonably priced and hasn't been injected with green dye. She gave me her old jade bangle. Score! Hubs said I instantly took 1 step closer to being like his grandma.

It's a bit loose on me but I totally heart the colour. It's the old school kind of jade bangle, round and vivid green marbled with swirls of paler, translucent green. The tough part of wearing jade bangles are getting them through your hand as there are no fastenings. I got mine on fairly easily by following this tip from a colleague: put a plastic bag over your hand, rub a bit of oil on the bangle and then quickly glide it over the bag.

What do you think of jade bangles? Would you wear a jade bangle or are they too auntie?
Posted by The Nonya at 9:20 AM