Hubs and I find it so cute that ever since Bubs started kindergarten, he has a girlfriend. They play together and she looks out for him when older kids pick on him. He talks about S non stop and once, our conversation went something like this: 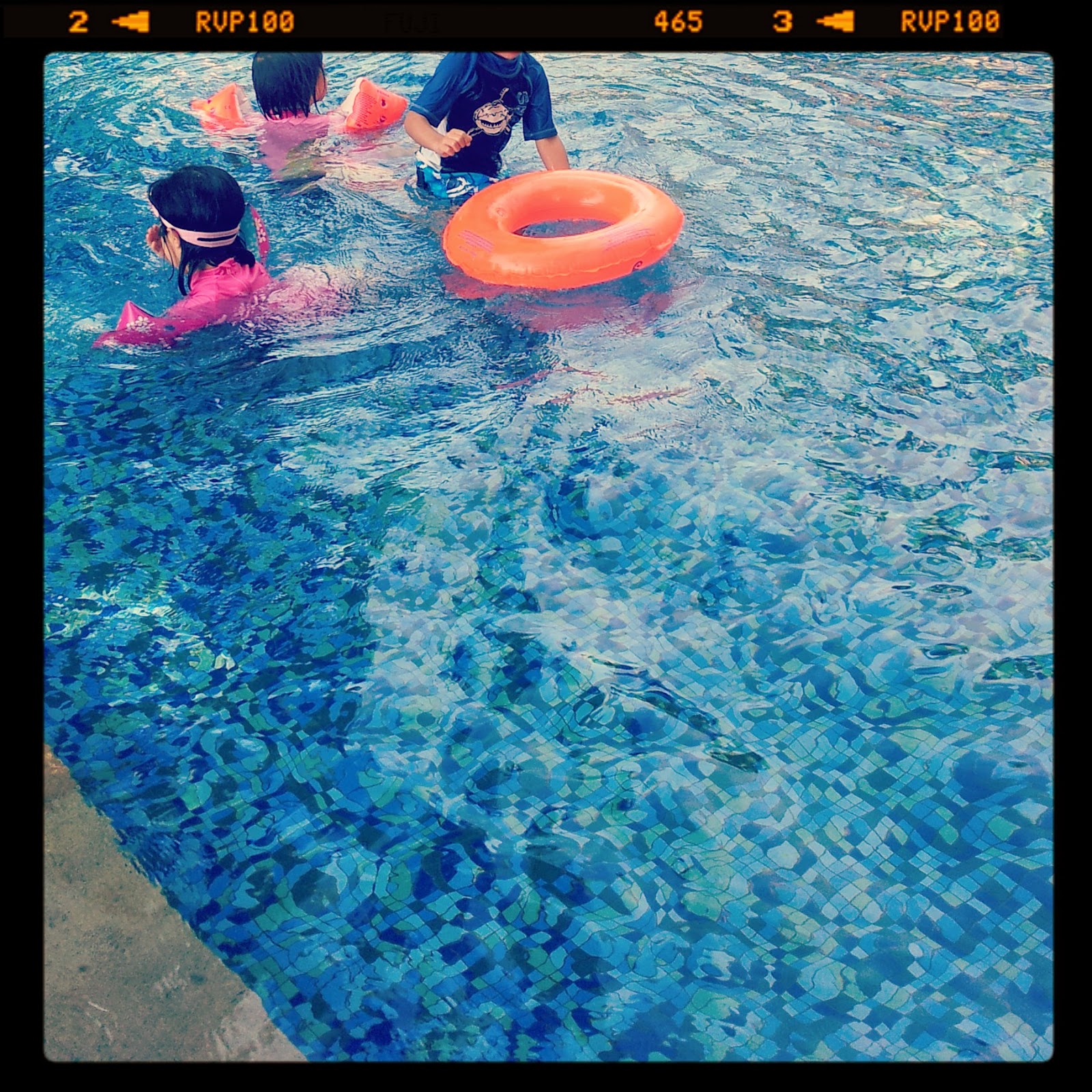 So he was more than thrilled to be invited for her birthday party at the Parkroyal pool side. All of the kids quickly changed into their bathers before plunging in, splashing at each other, using water guns. I'd never seen Bubs so look animated and happy to be hanging out with his pals before! 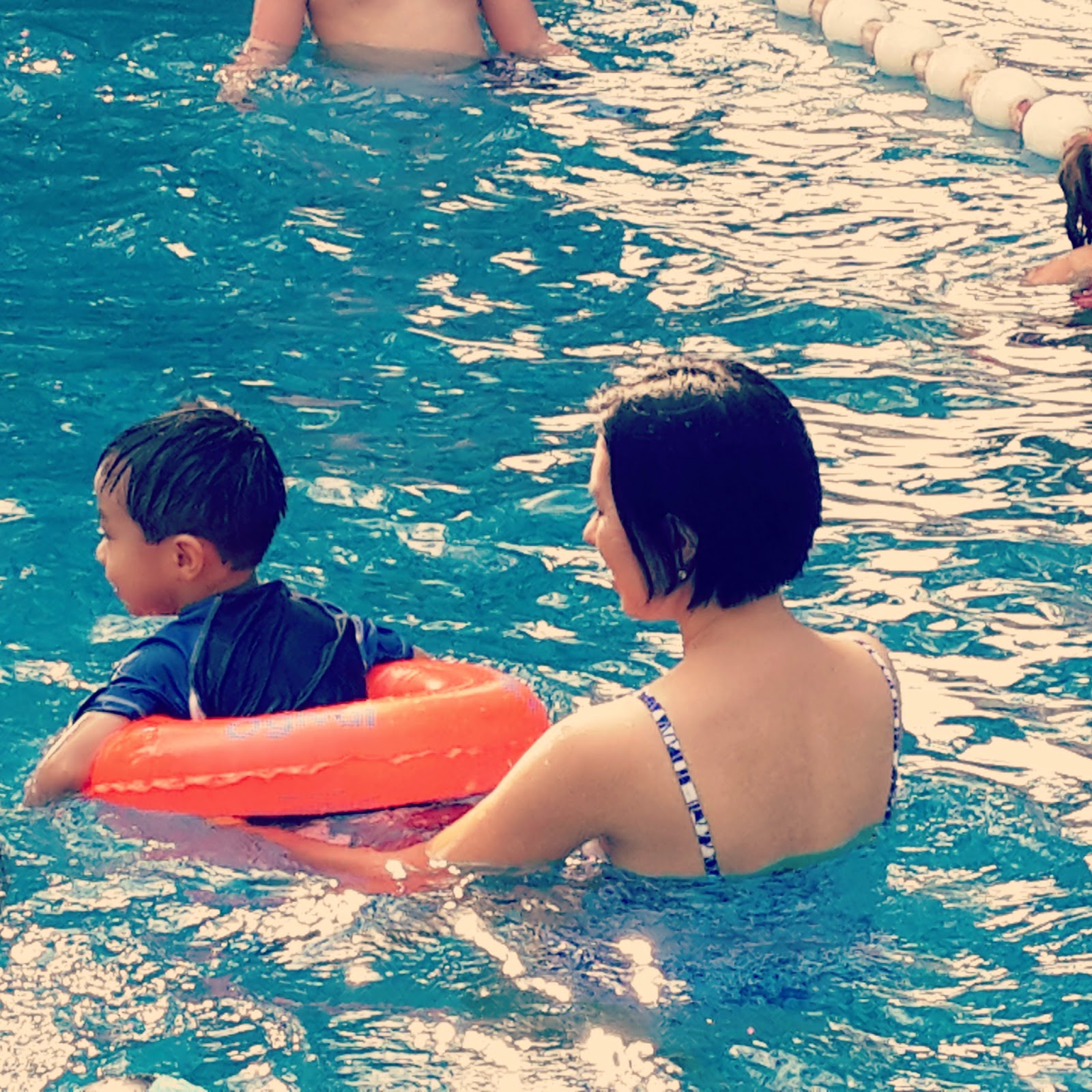 Yes, this was me - the only mum that kept her head above the water, only because I was wearing contact lenses and didn't want to risk losing them. 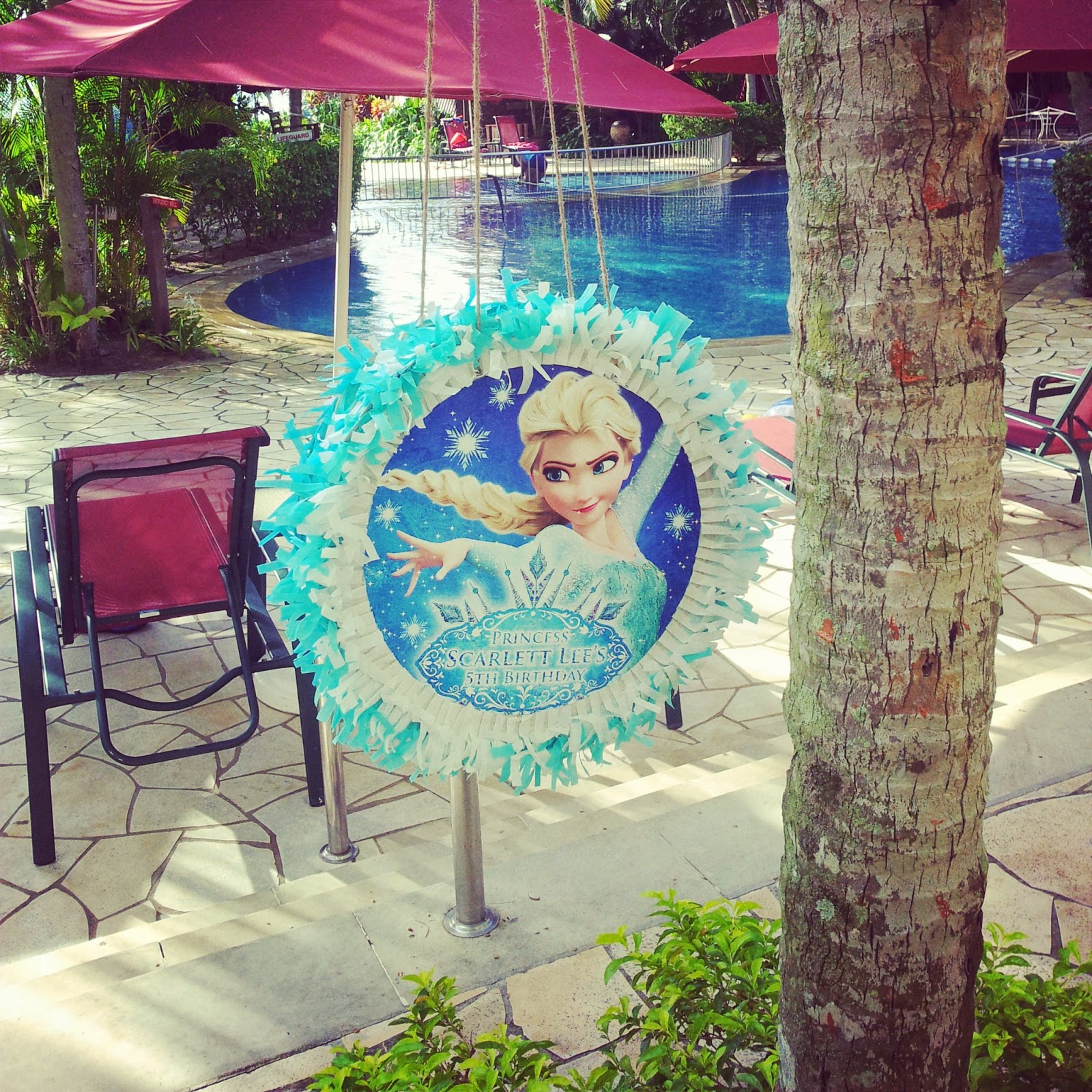 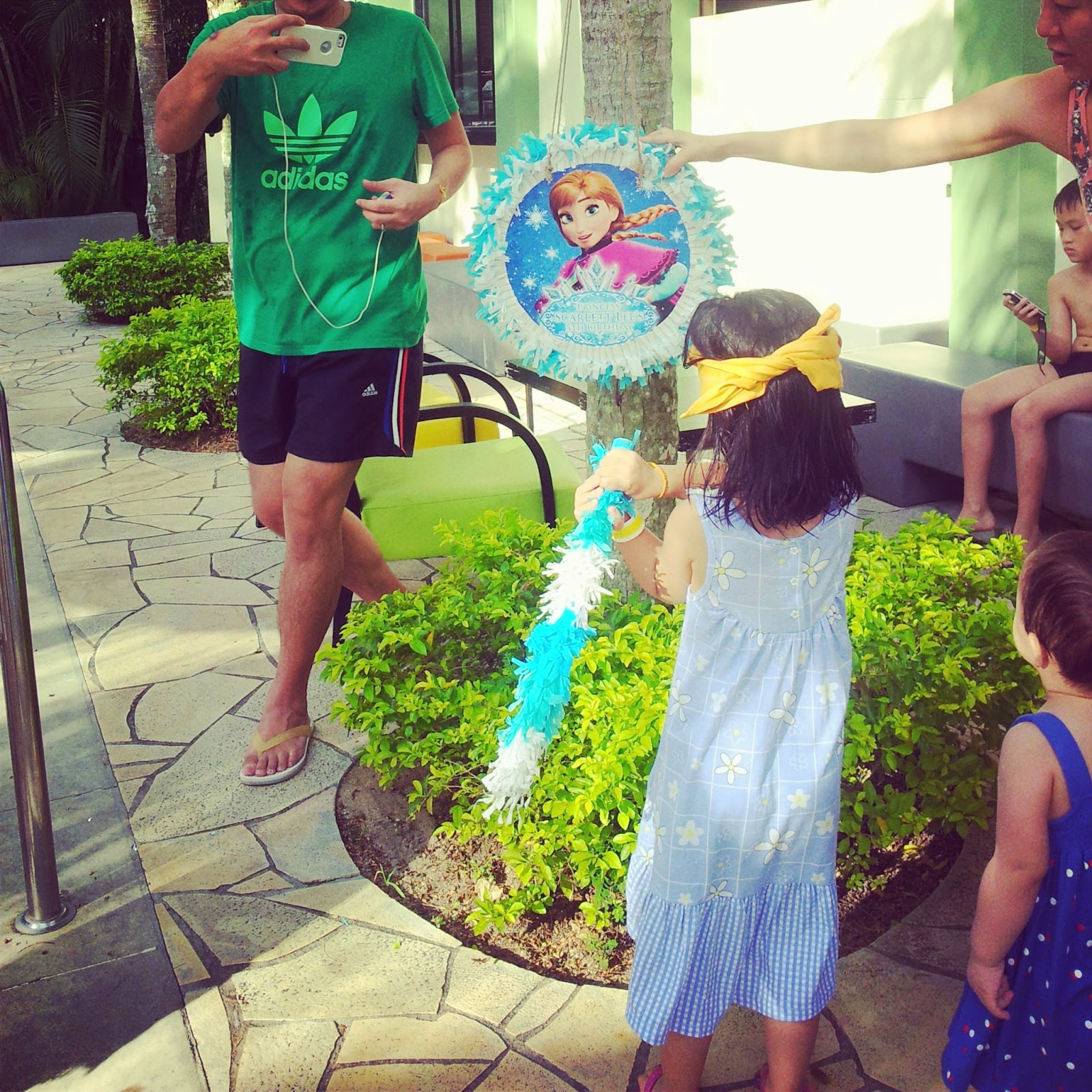 The pinata was a great hit (pun intended) with all the kids and yes, Frozen is very much in trend this season. This pinata was especially tough to break open.The birthday girl tried it initially with a blindfold, then yanked it off and continued whacking at it. Bubs, being the eager beaver he was, tried to help but unfortunately stood just rightttttttt behind the stick and ... you could imagine what happened next. I brought the poor, wailing mite off to a corner to console him and Hubs said S's dad took over the whacking of the pinata and even then, it took him quite an effort to break it! 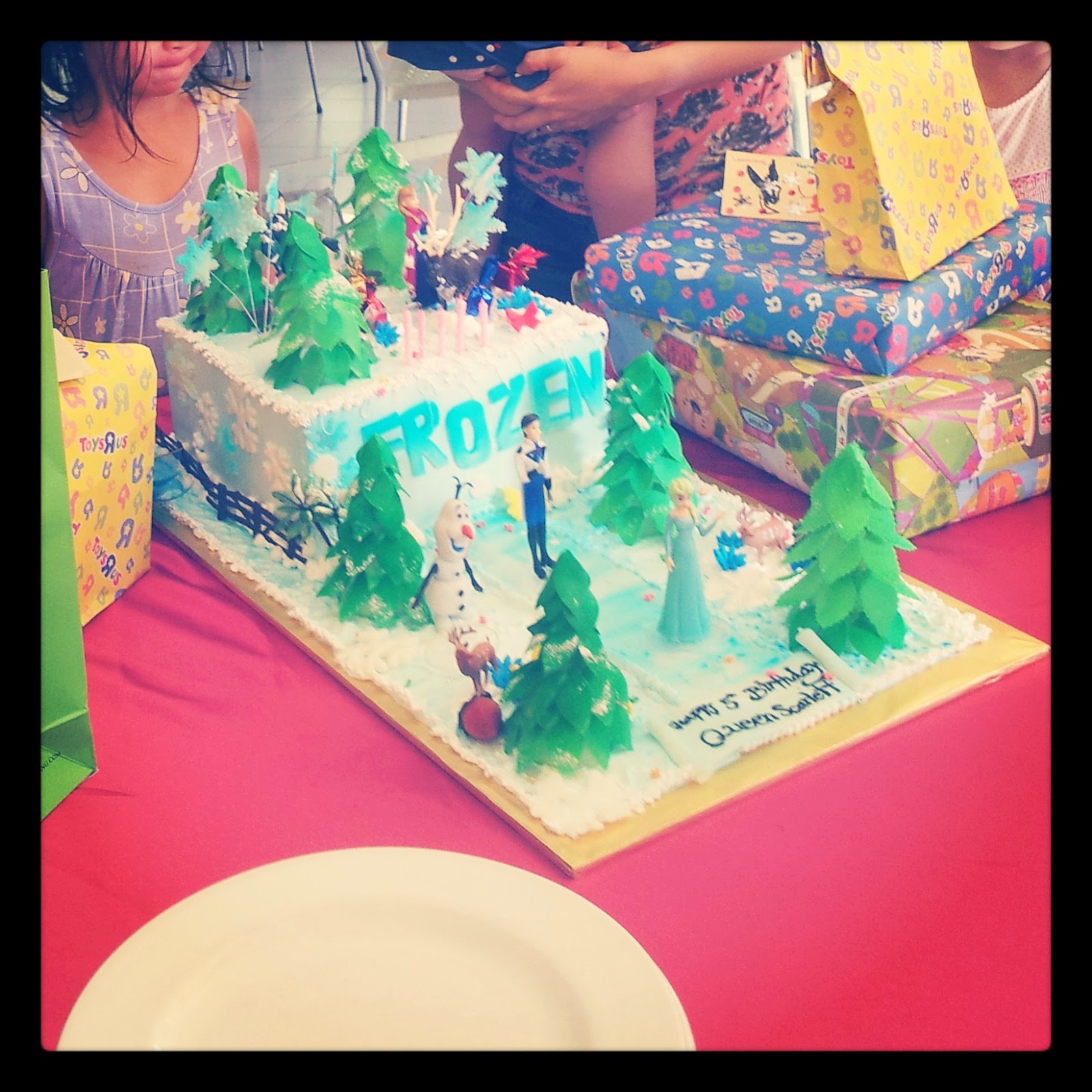 Look at how beautiful the Frozen birthday cake was - the birthday girl was absolutely fascinated with it. All of the kids were crowding around the cake and singing Let it Go at the top of their voices. Bubs went a lil nuts at this point, he wailed because S got all the presents and he even ripped the wrapping off one *face palm moment* I'm starting to realise that kindergarten teachers are very underpaid ...
Posted by The Nonya at 9:58 AM