Usually our team buildings are very tepid affairs with buffets and a movie. This time around, Siew vetoed anything that was sedentary and decided that she wanted to spice things up. This was what we ended up with ... 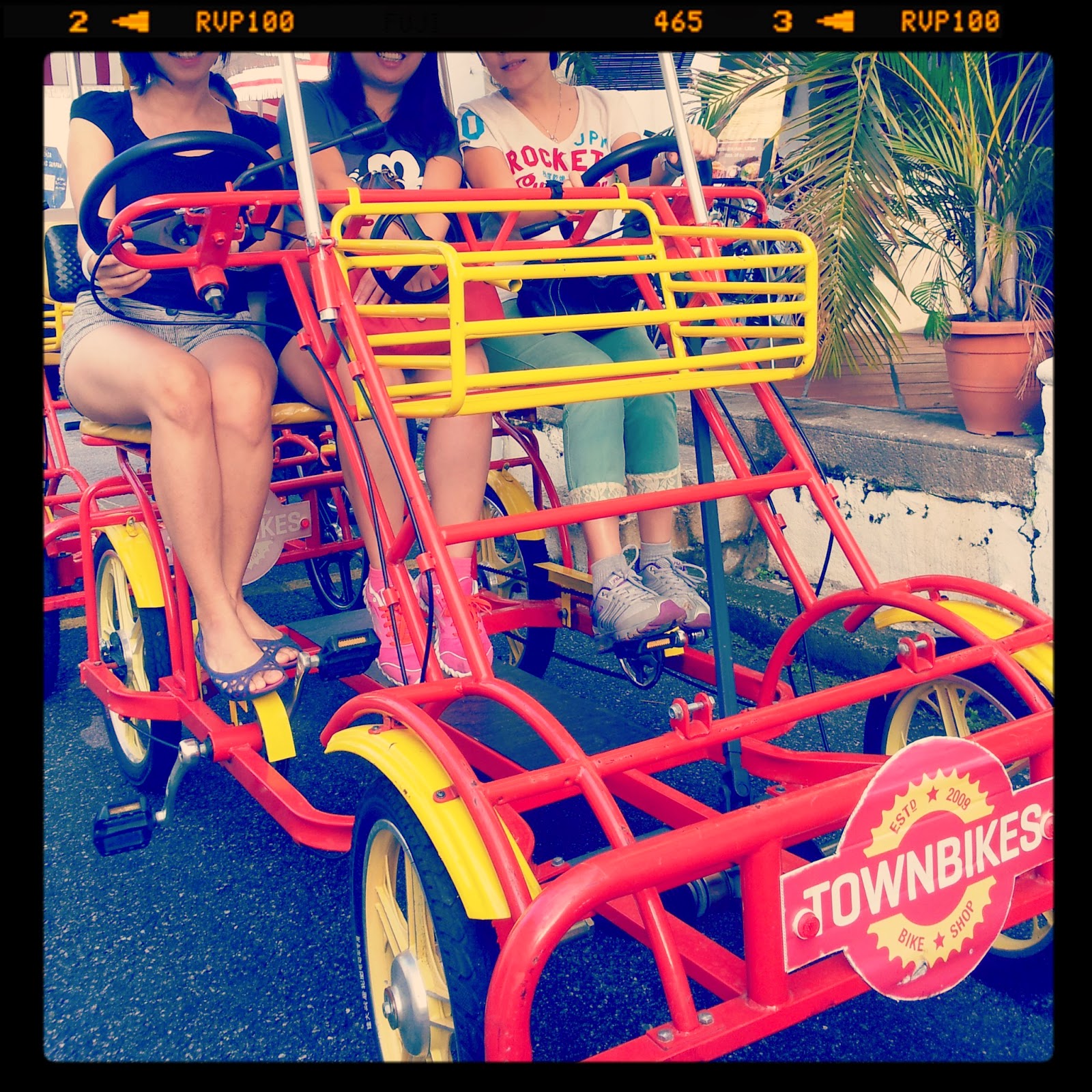 We went on a cycling adventure around Georgetown! Ok, this is the part where I've to admit that my team is truly the nicest and best people in the world because they rented a 4 wheeled bicycle just because I can't ride a bike *blushing tomato red* I knowwww .... they all stared at me in disbelief when I said I couldn't balance on one and I could probably only just go in a straight line but don't ask me to slow down or stop. After giving me a sigh and rolling their eyes, they agreed to stretch the budget a little and rented the special bikes.

To top it up a notch, Siew decided that it shouldn't just be any slow, admiring the scenery as you cycle - it would be a competition between the gals and the guys. The first team to take as many selfies as possible with the Georgetown street art would win. I was secretly terrified on the bike because of all the heavy traffic on the main roads: it was a Friday morning and we are cycling smack in the middle of bustling city traffic! 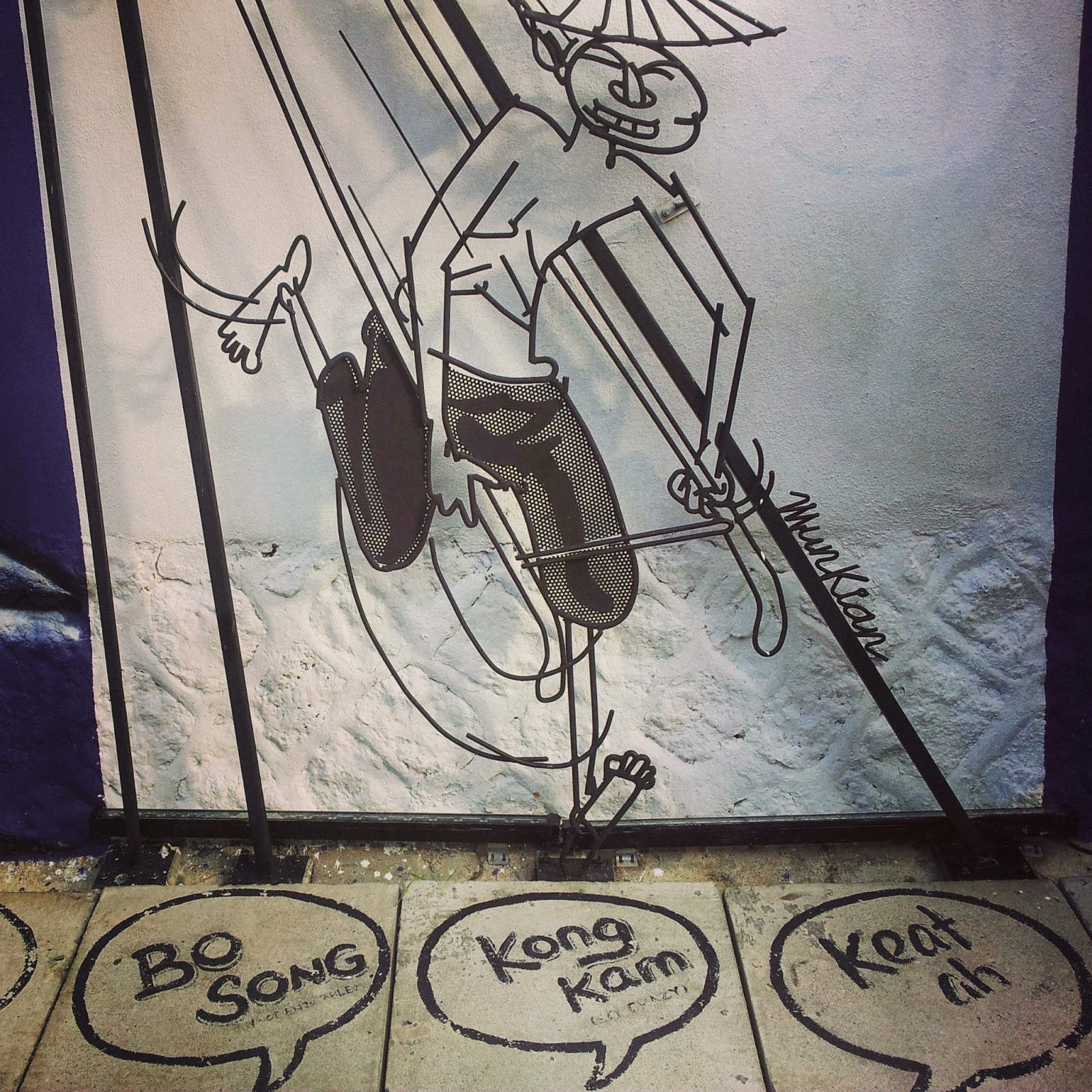 The weather was perfect: it had poured heavily the night before so the air was crystal clear and the canopy shaded us from the sun's rays. We found tiny gems around as we pedaled around the heritage area, such as this sidewalk that doubled as a mini Hokkien dictionary. 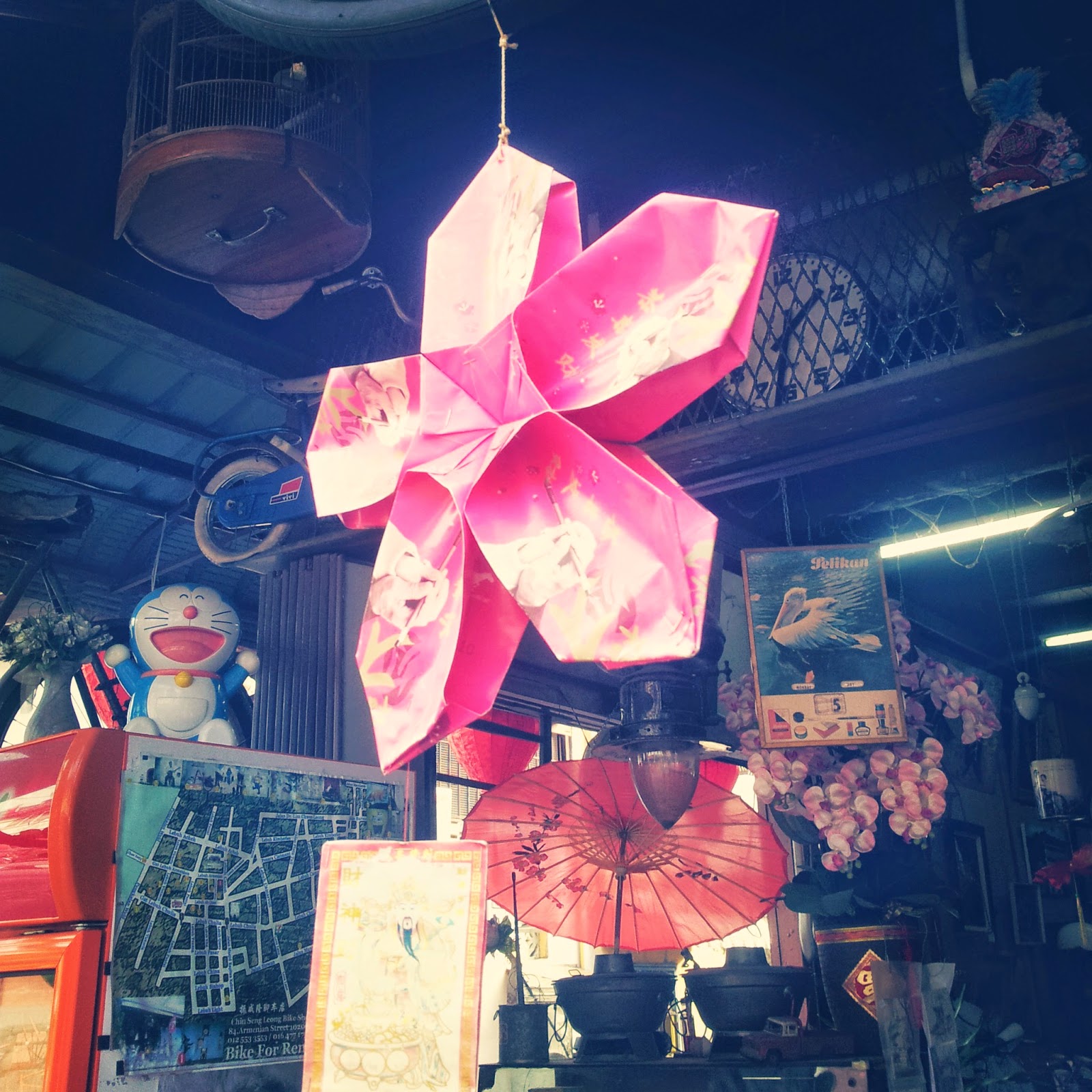 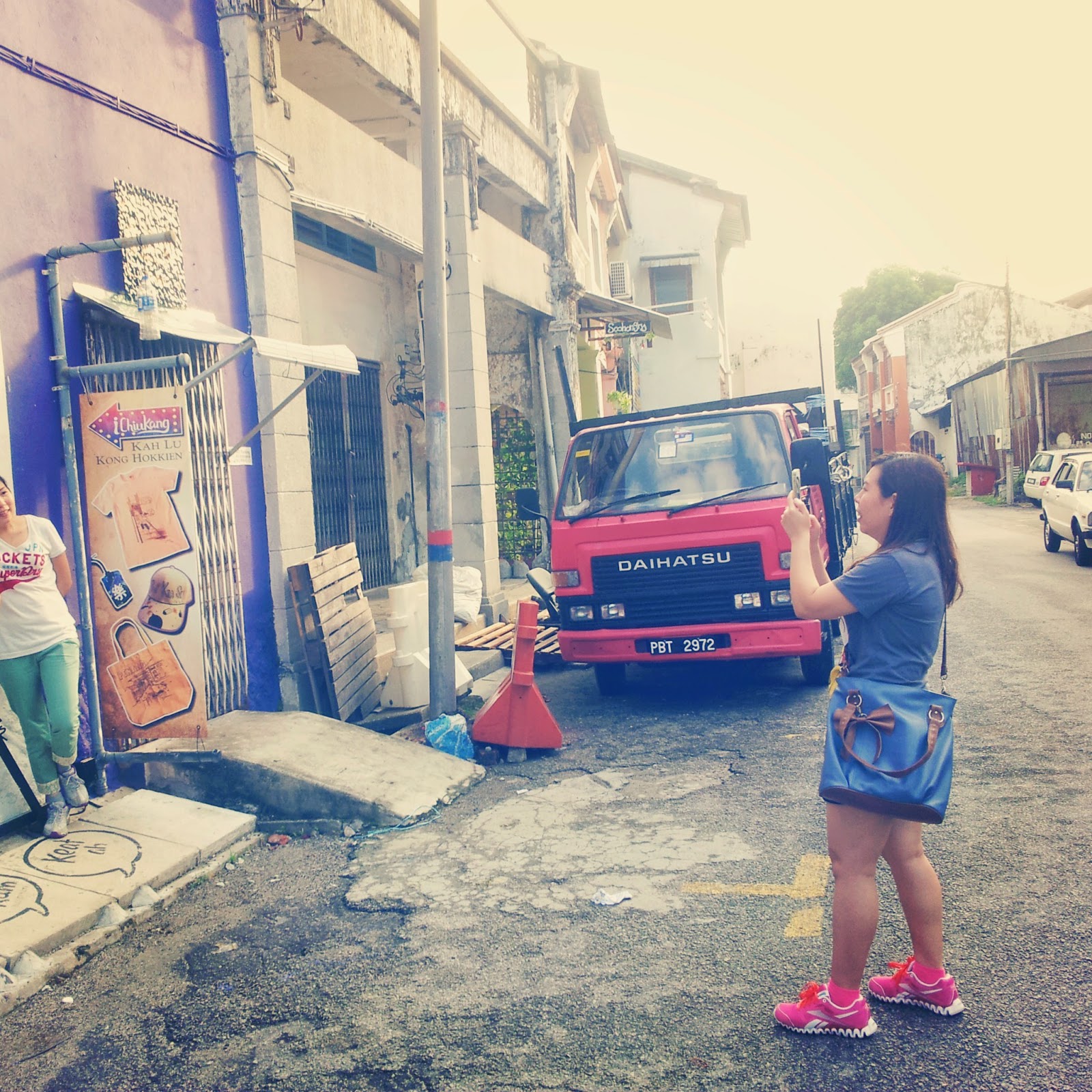 We took heaps of photos at our own pace, confident that the guys (one's from Ipoh, the other can't speak Hokkien) would get hopelessly lost around the area. 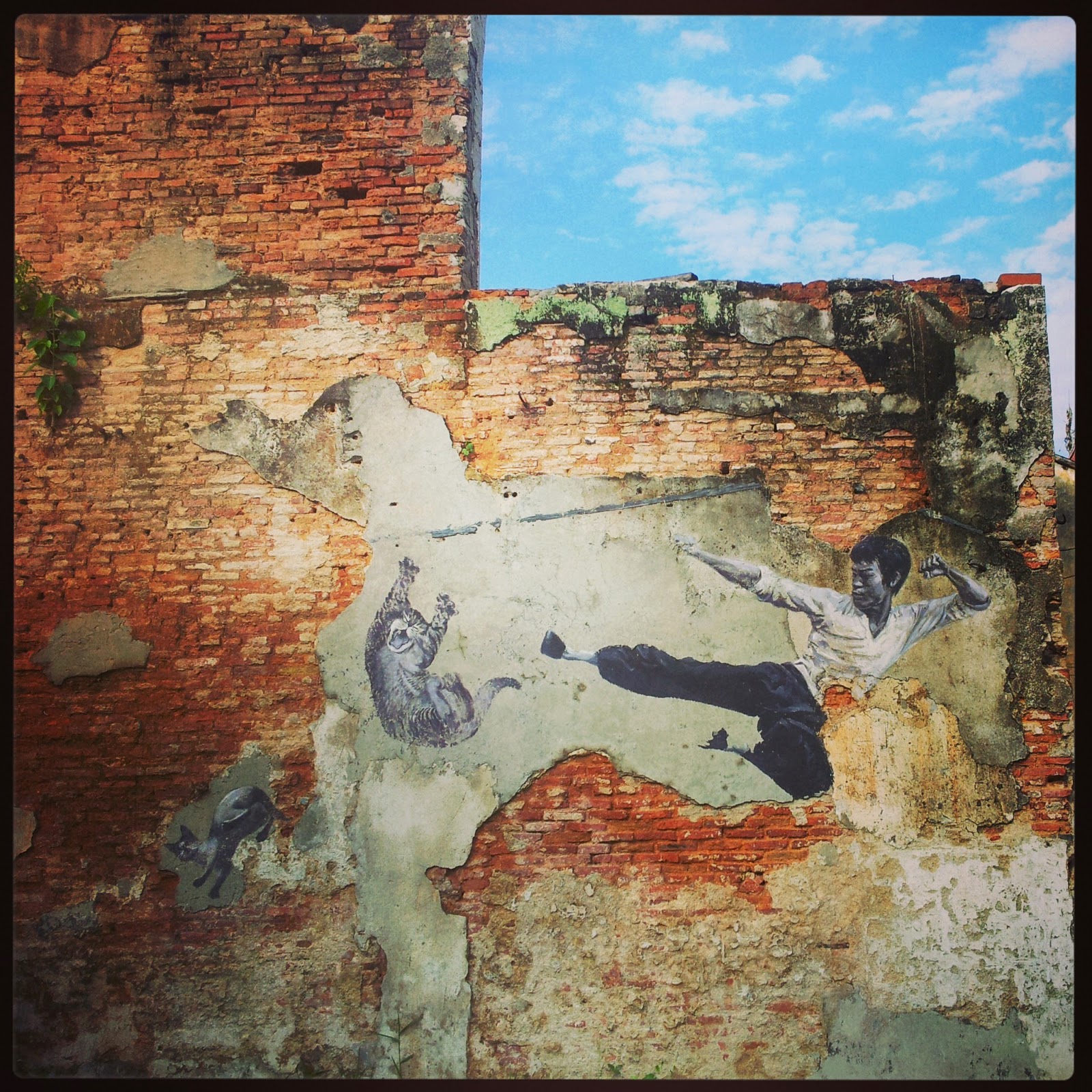 Bruce Lee was a random, quirky find. If you're interested, it's the wall just behind the Boy on a Motorbike. The area was a little deserted though so best to go in a crowd. 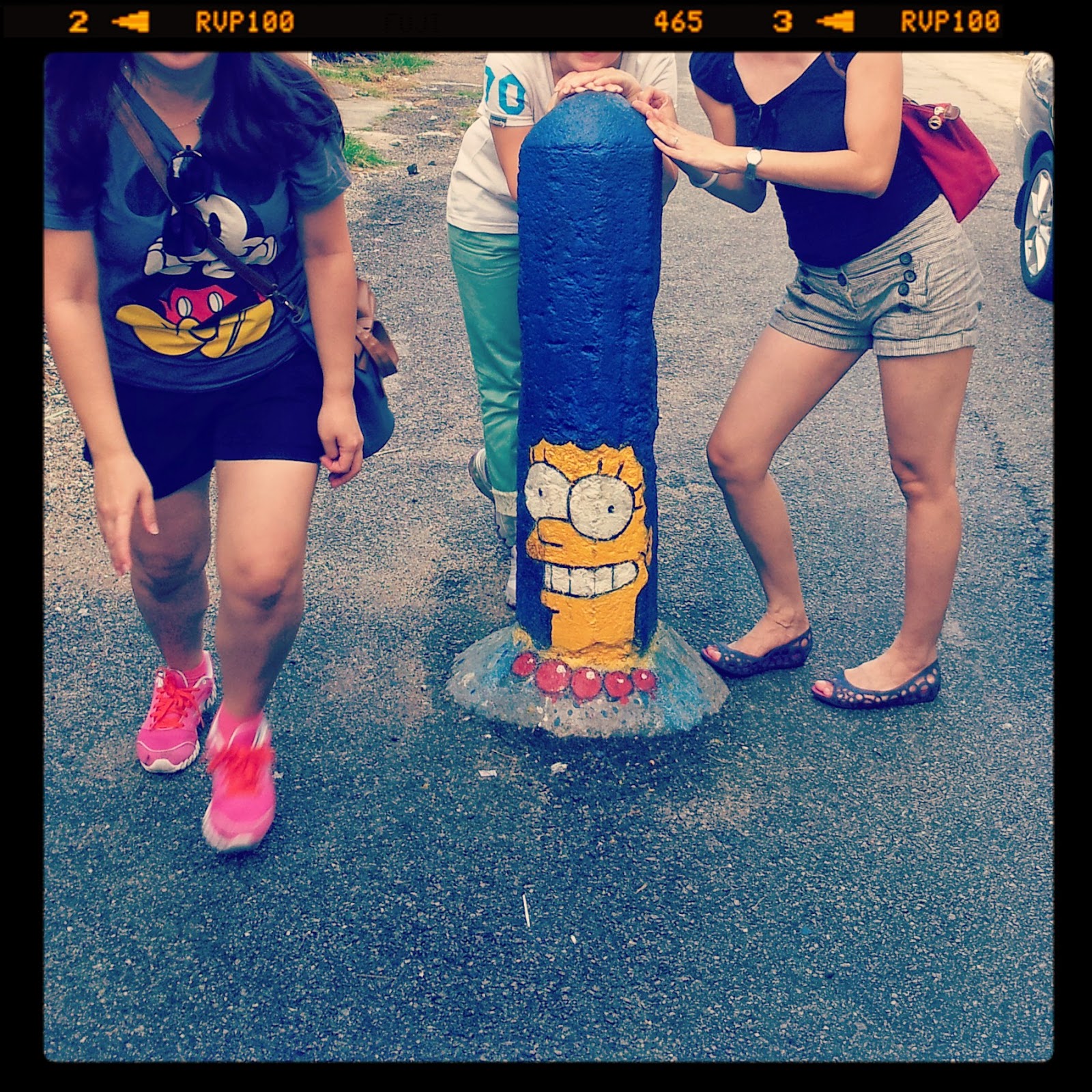 Remember the Soo Hong Lane Minions? The concrete pole has been repainted over now as Marge Simpson. A very kind elderly gentleman got his first introduction to a smartphone by helping us take this photo :D

We had some time before lunch so we squeezed in a mini trip to Escape at 1st Avenue. Remember the movie Saw where the characters were locked inside a room and they'd to solve clues to break free from the room? It's exactly like that but minus the crazy psycho killer (I hope!). The puzzles were TOUGH and so random. Plus there was a digital clock that kept flashing out the time left in red, ominous looking numbers. With only 45 minutes to escape, we kept buzzing the assistant for help and even though she patiently and very generously gave handy hints, at the end of it, we ........... 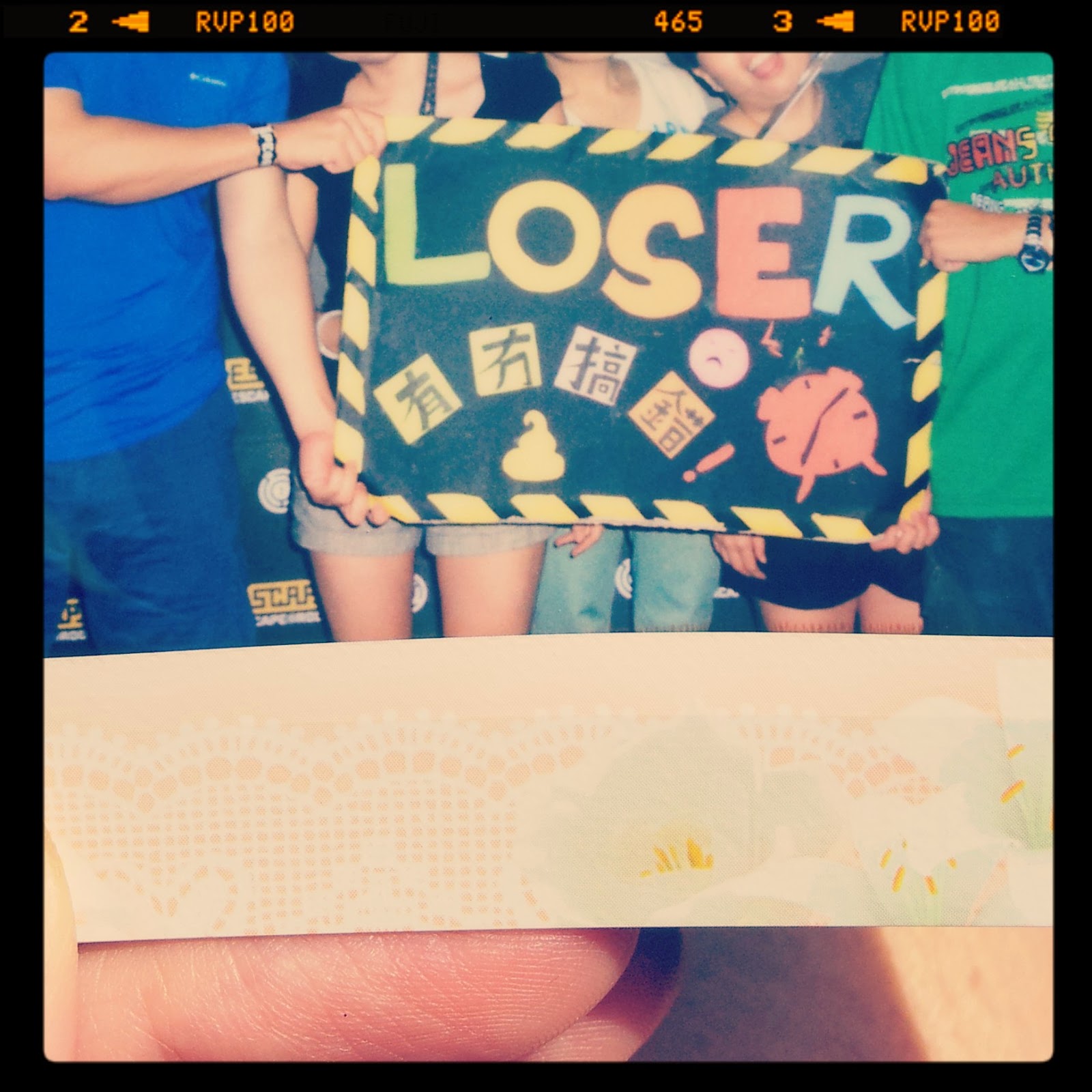 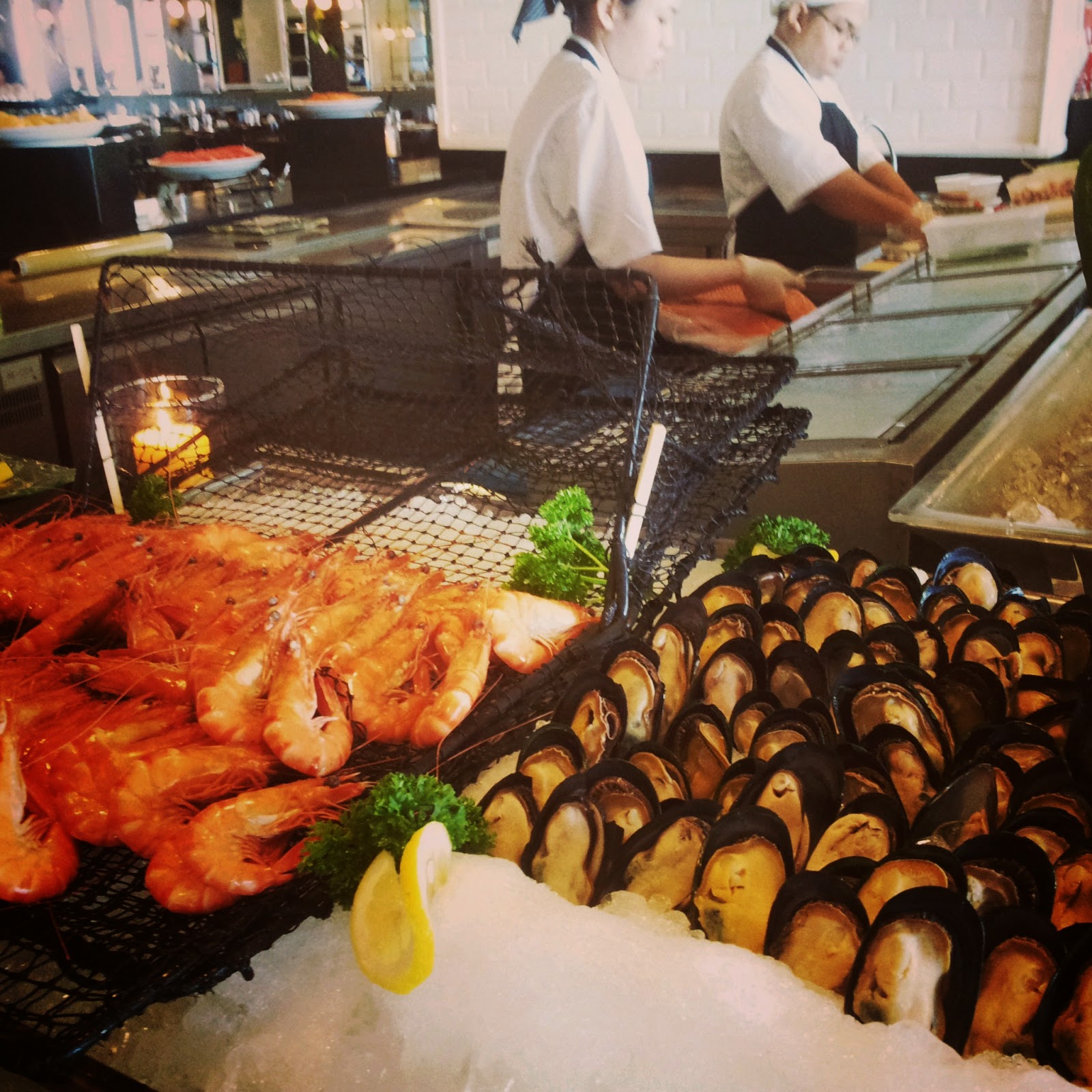 After working up quite an appetite, we headed over to the E&O for a very decadent buffet lunch. I'm talking fresh prawns, mussels, chunks of fatty salmon sashimi ... and those are just the starters ;) Pretty sure we piled back on the pounds that we burnt off during the morning cycling!