Bubs adores the sandpit at his kindergarten and never fails to make a beeline for it everyday. The teachers tell me he wallows in it, make sandcastles, dig trenches and flood them with water. Part of the weekday laundry headache involves washing the sand thoroughly off his school clothes, that kid even smuggles home fistfuls of sand in his pockets! 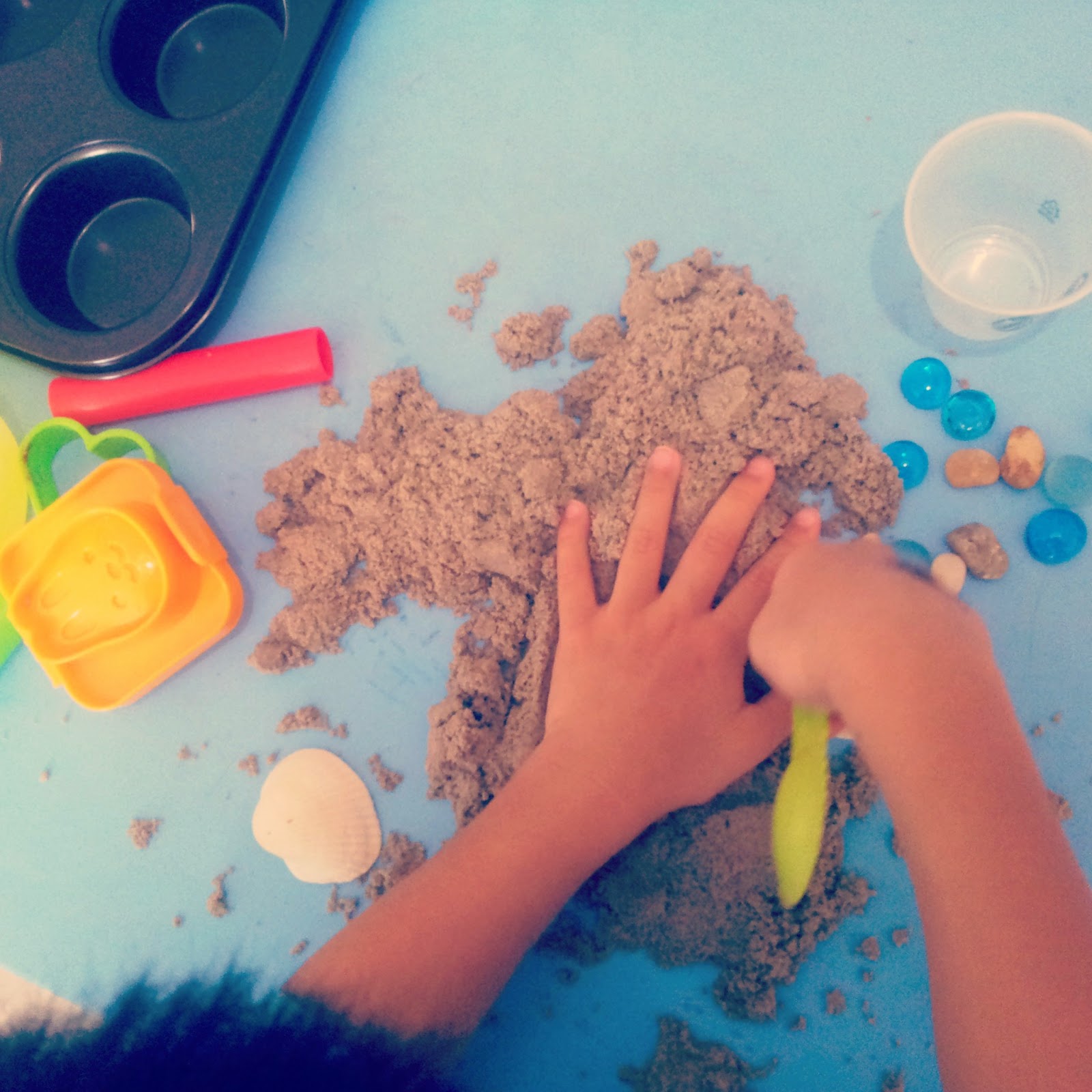 So he was more than thrilled when his aunt gave him a 1kg packet of play sand. The texture of this is similar to moon/kinetic sand and I couldn't resist joining Bubs in messing around with it. It looks exactly like sand but instead of the grainy, coarse bits of it, it was soft, powdery and the fun part was that when you squeeze and pack the sand together, it actually holds its form. Never mind Bubs, I was obsessed with holding it up high and watch tiny bits of it fall down in little, fibrous looking clumps. It was such an interesting sensorial experience!

While play sand isn't as messy (and insect ridden as Hubs would be worried about) as real sand, this does still go around everywhere even though I nagged reminded Bubs to contain the mess only on the table. I placed an old, worn out bed sheet under the table so that helped with cleaning up. 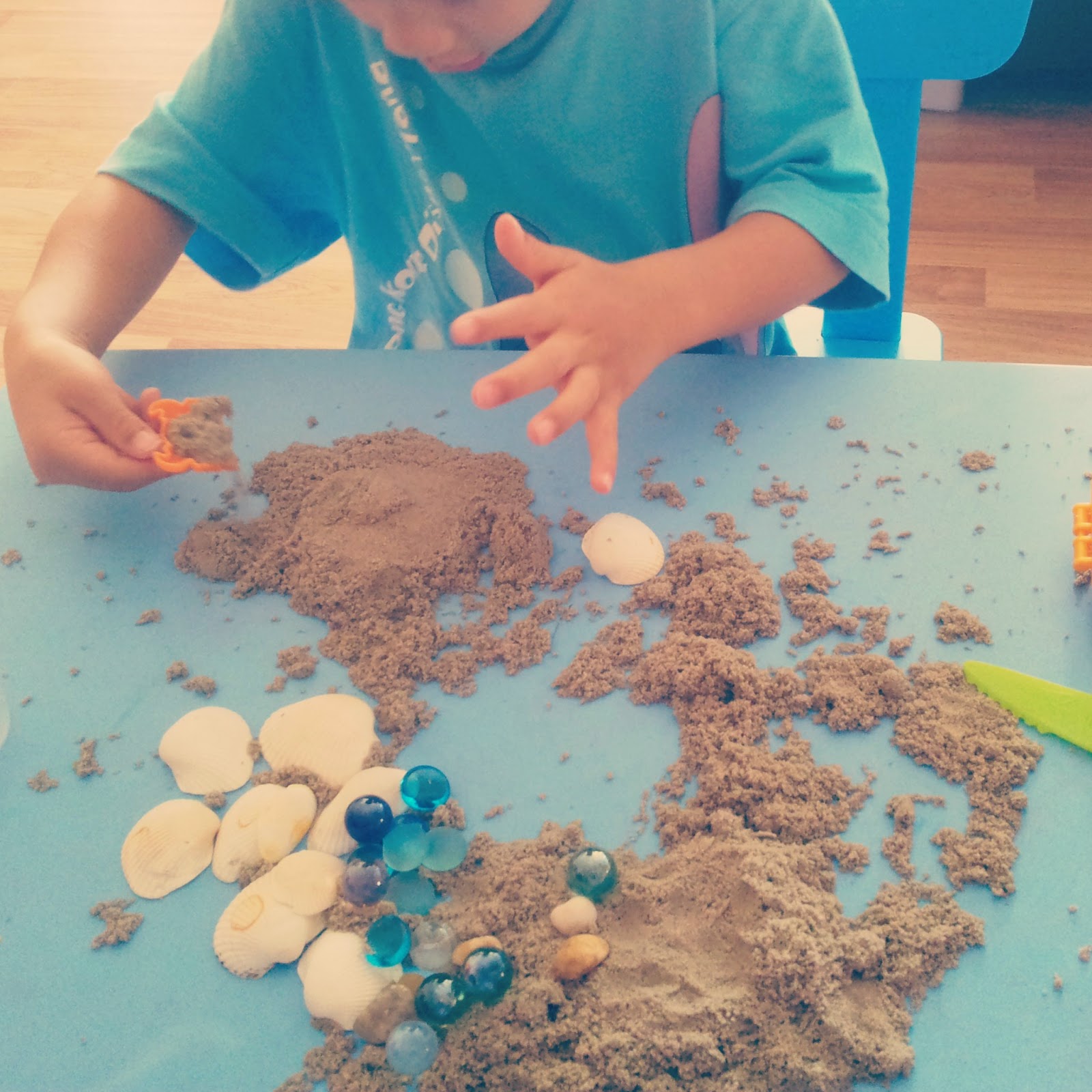 Bubs used most of his play dough toys - all the moulds, plastic knives and I added in a bunch of marbles, glass pebbles and seashells. He sat there for close to 2 hours, which translates to an eternity for kids! He'd have sat there even longer if it wasn't time for dinner. 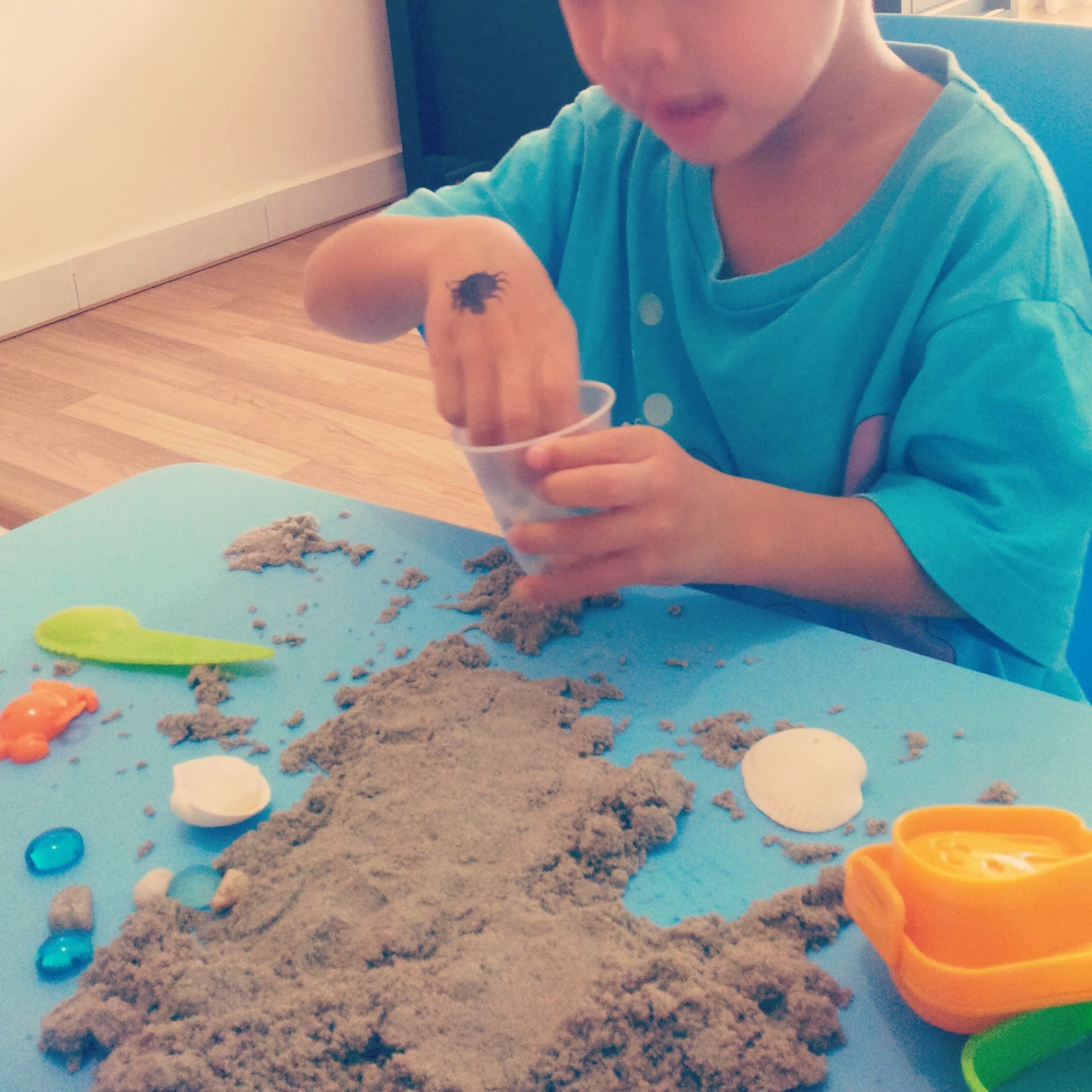 He formed little mountains and valleys. He squashed, squished and made little superheroes (his latest obsession), squealed for help in a high pitched voice and answered back in a deep, manly superhero tone. Hubs and I stared at him in fascination; who knew that he had all that going on in his head!
Posted by The Nonya at 11:32 PM