I found Bubs playing with a bunch of colourful cupcake liners - and have no recollection of buying them at all - so I was wondering how could we use them up to avoid him shredding them eventually. Lo and behold - this post came in super handy and it was so quick and easy to set up. 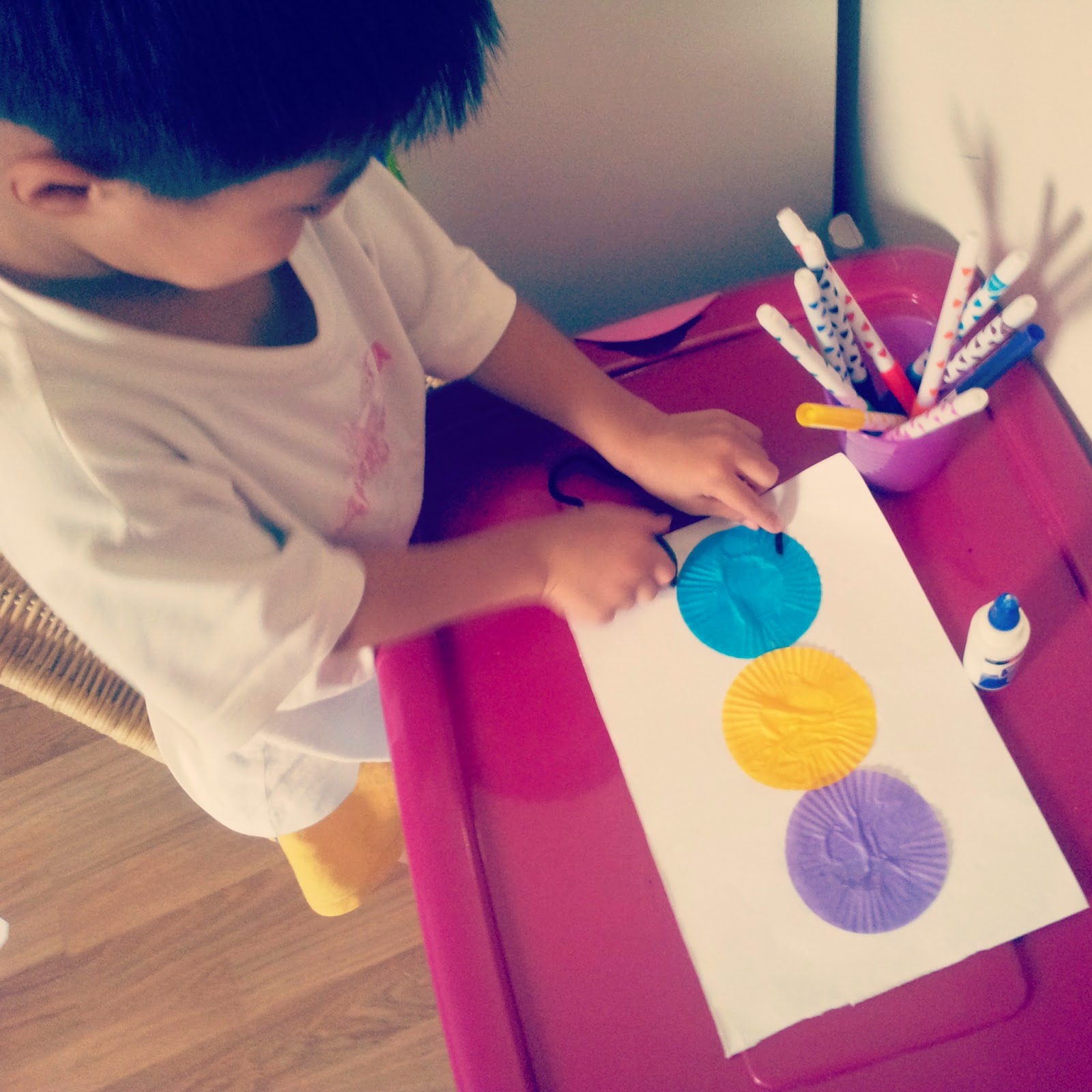 Glue the cupcake liners in a row/any arrangement you want. Bubs was enthusiastic about this and I'd to remind him not to be over generous with the glue and to be gentle when pressing the glue sodden liners on. 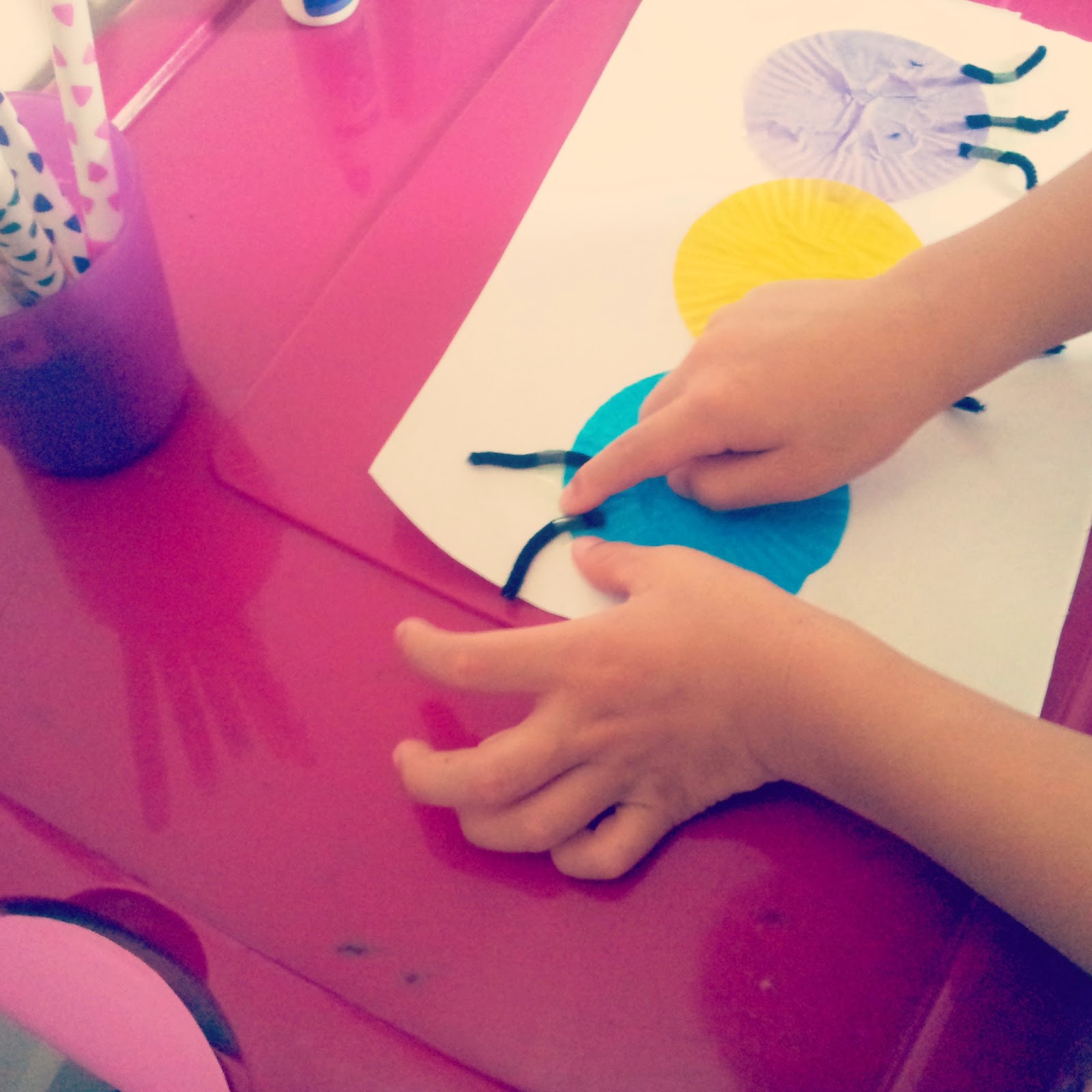 We didn't have yarn so the pack of Daiso pipe cleaners came into handy. I snipped them into shorter lengths and cut out some tape. Bubs then carefully stuck the wriggly bits onto the liners, forming antennae and legs. 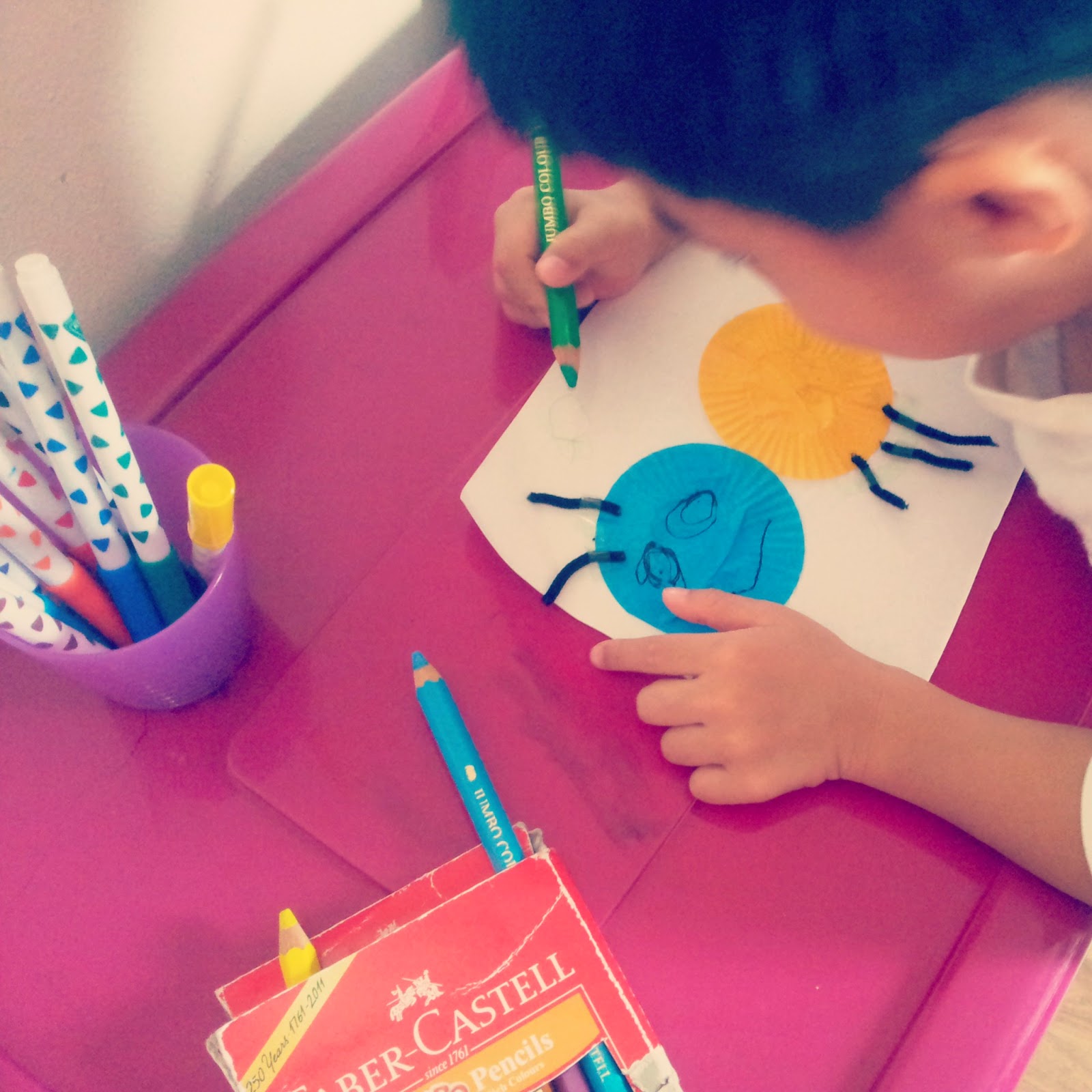 No bug is complete without a happy smile - Bubs then drew on a face. I couldn't find cheap googly eyes in Penang so we just skipped it. 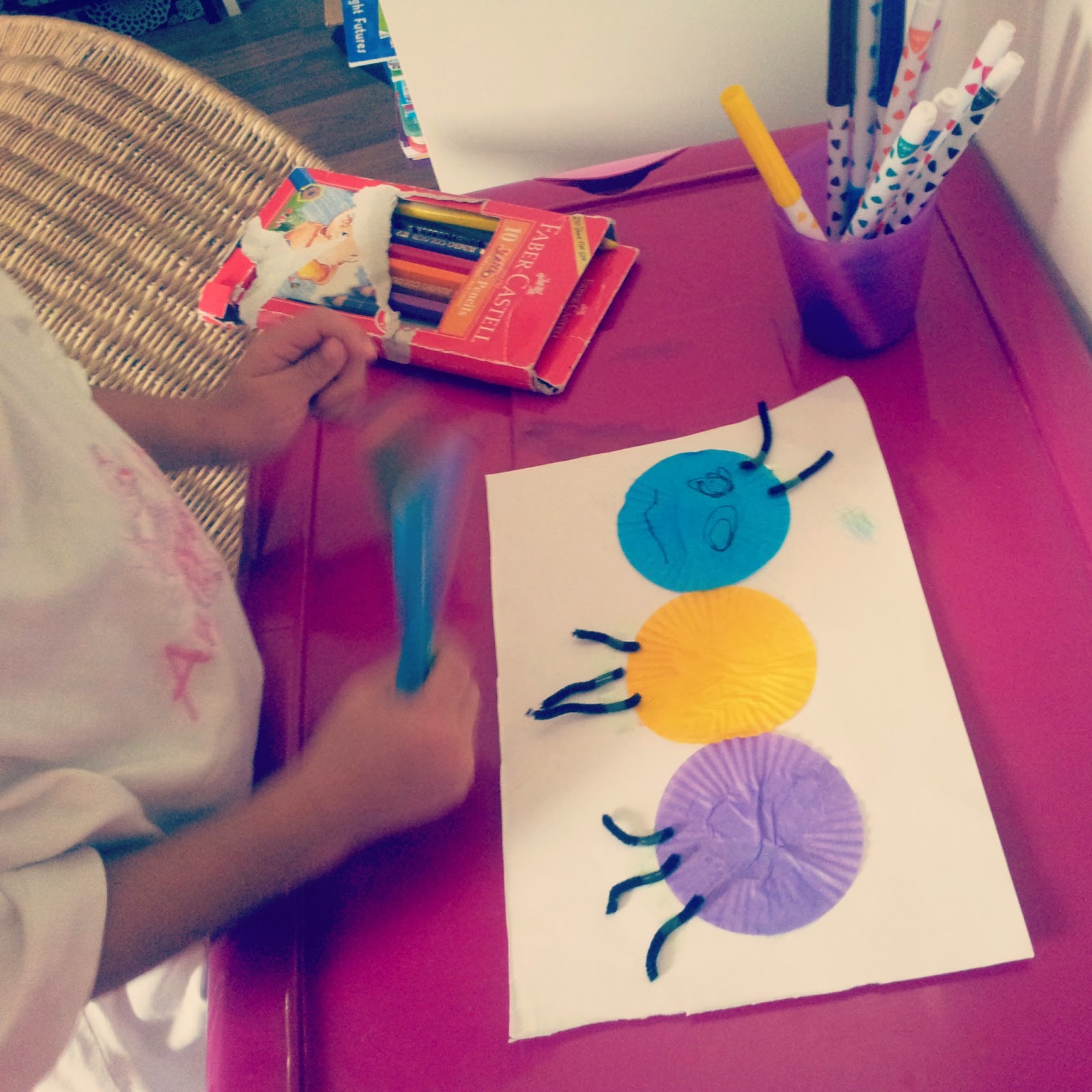 I told Bubs that the bug was hungry so he obliged by using his colouring pencils to draw some food, leaves and grass for his "very hungry caterpillar". 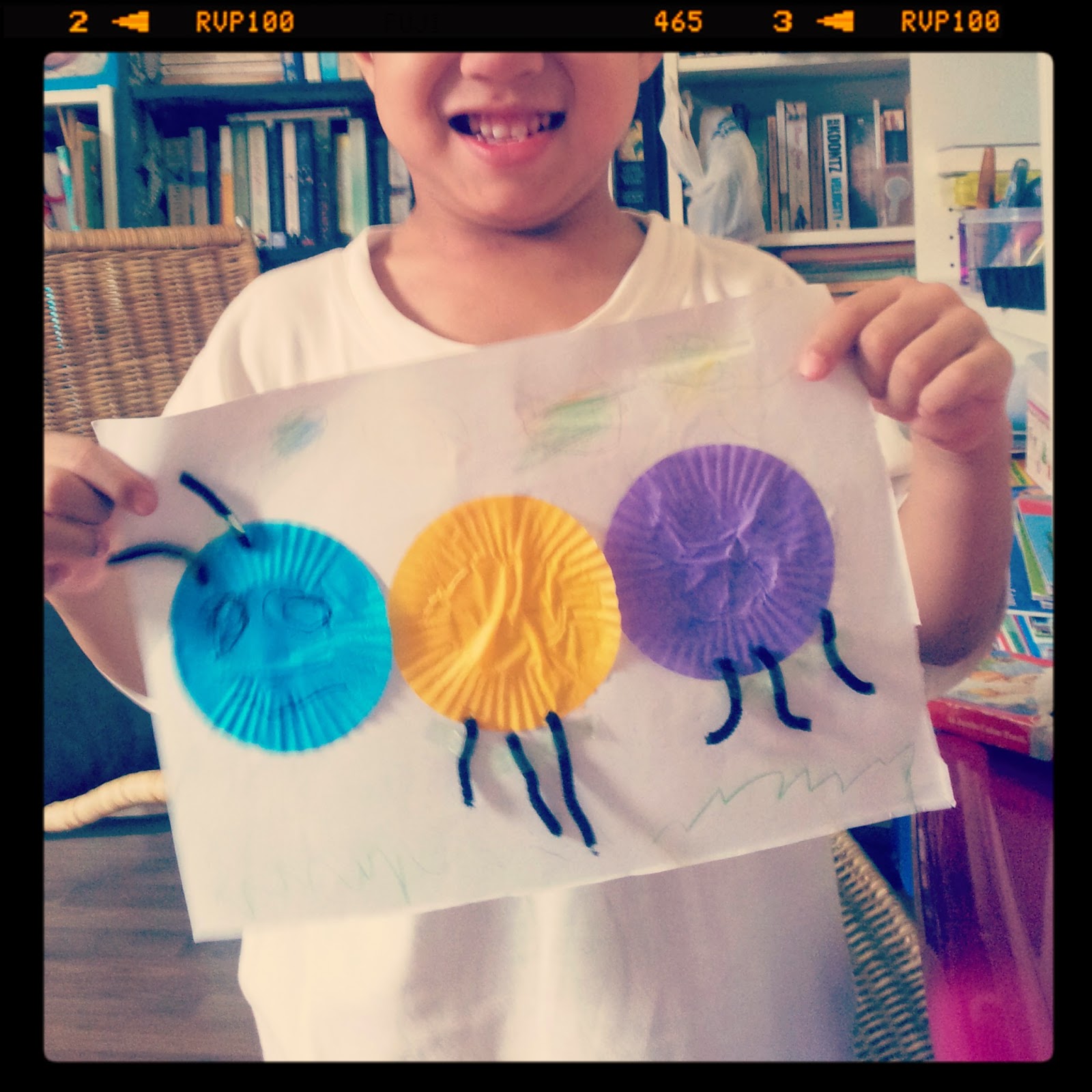 Et voila! He loved his creation and immediately asked to make another one again :D
Posted by The Nonya at 10:49 AM