A peek into what we were up to during the weekend :) 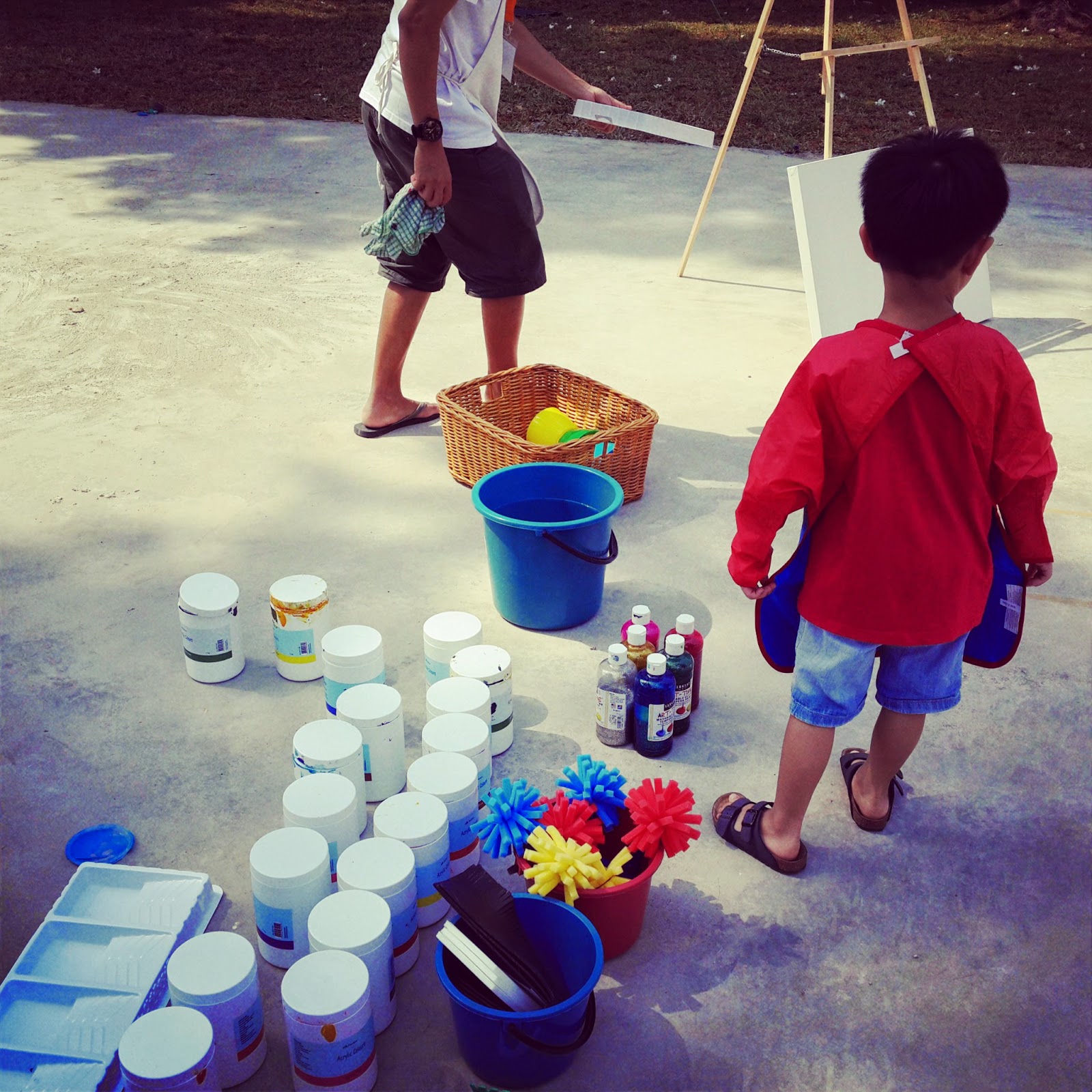 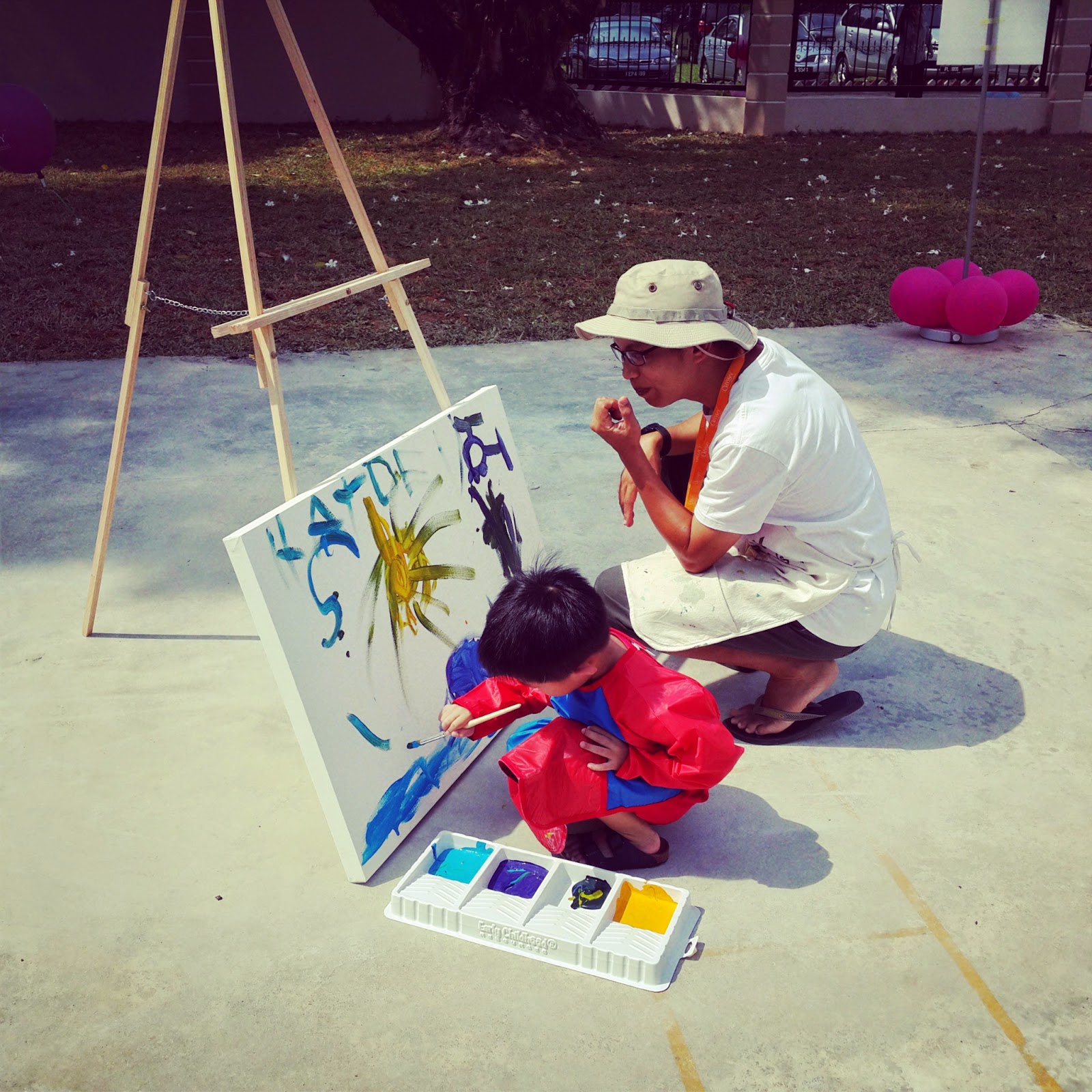 We went to a pre school's open day and were blown away by the sumptuous learning materials - it was the first time I ever saw a light table being used in a Penang kindergarten. I was in love with the books they had, the wooden building blocks and their methods. The teachers were very warm and invited Bubs to have a go at the outdoor art centre. He put on a smock and went straight to business. This is his painting (on canvas, no less!) of the ocean, a whale, a helicopter and the sun shinning :) 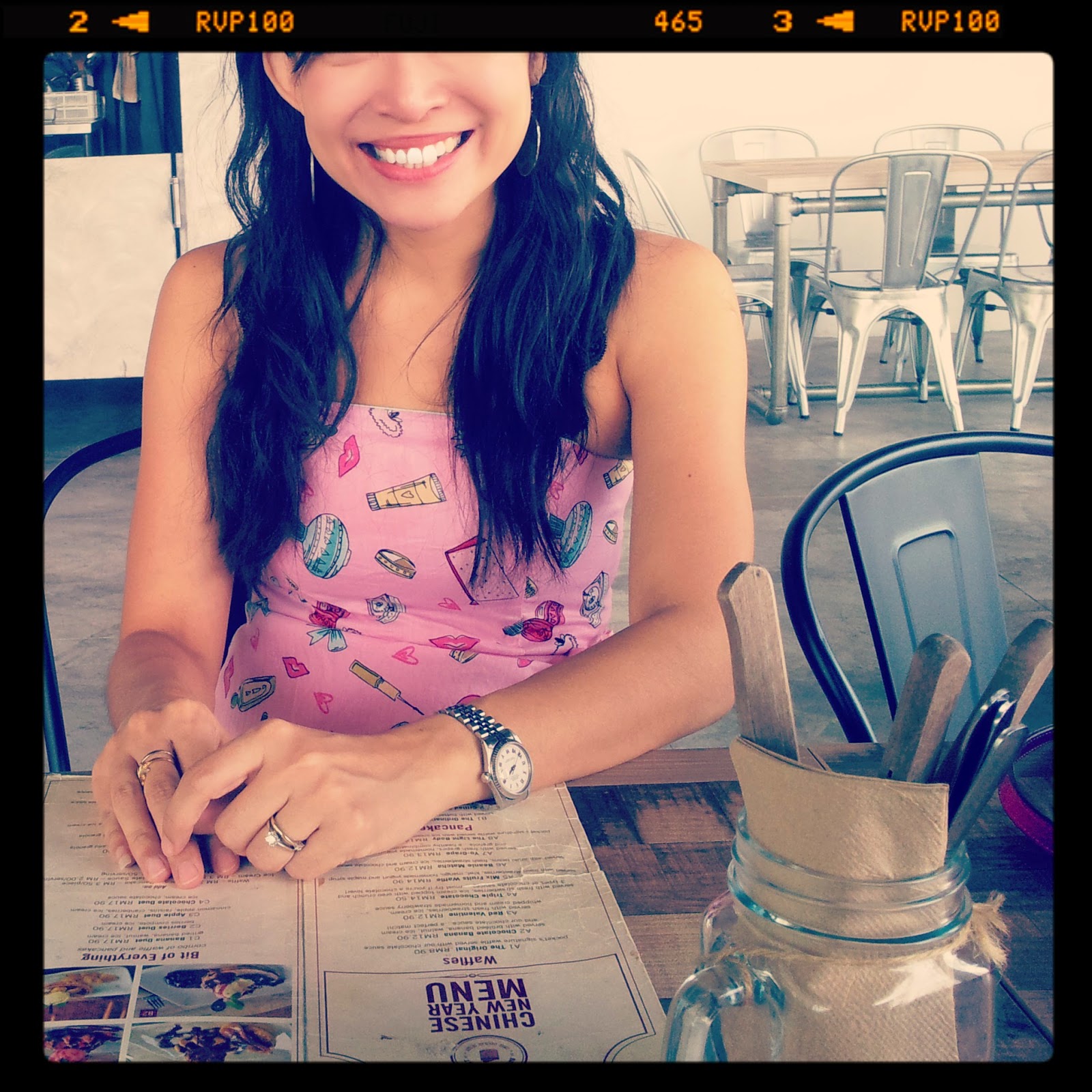 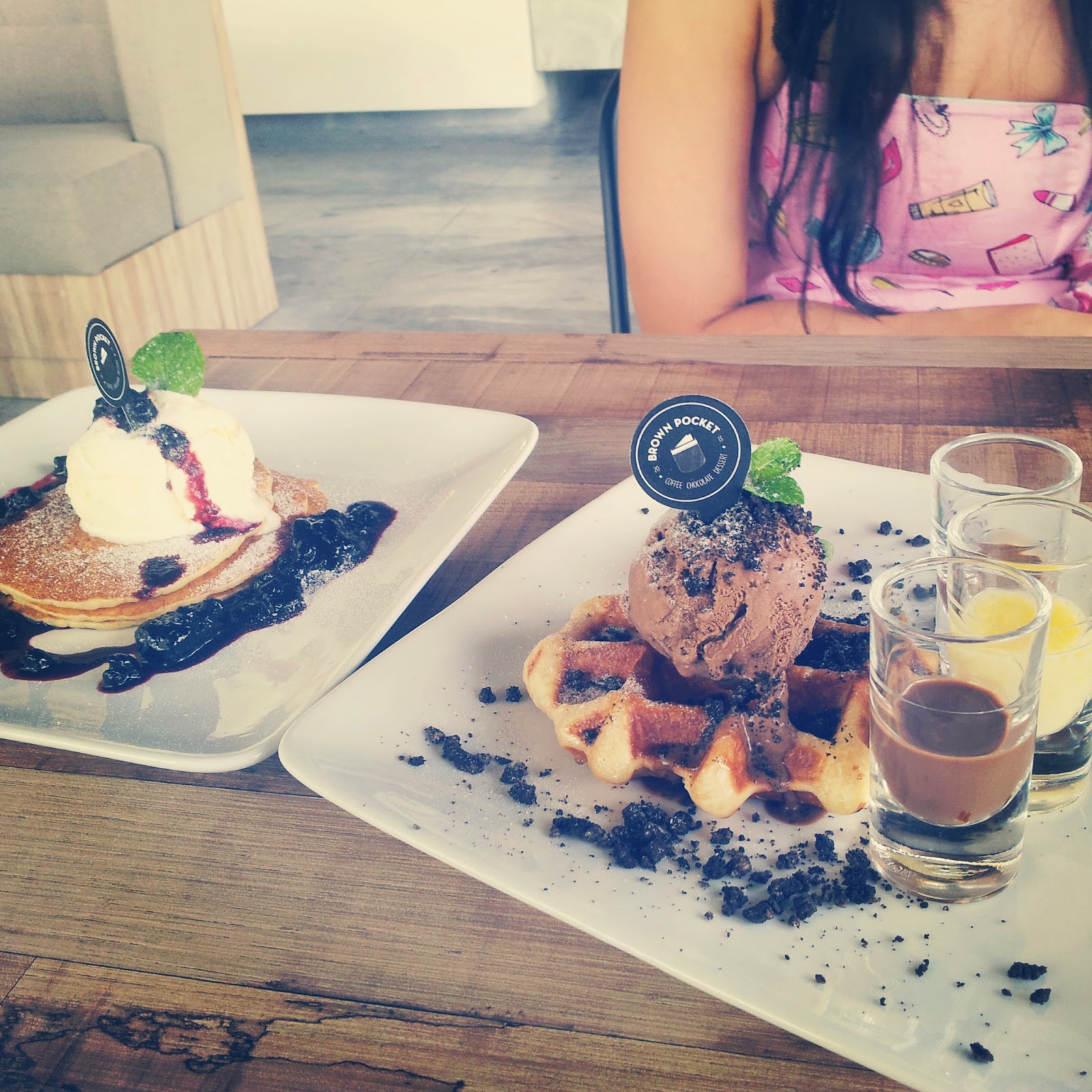 Met up with Glam Girl at Brown Pocket where we caught up on a girly chat over yummy waffles and pancakes. Her pink dress was so cute and summery that a little toddler girl couldn't help but smile at Glam Girl :D 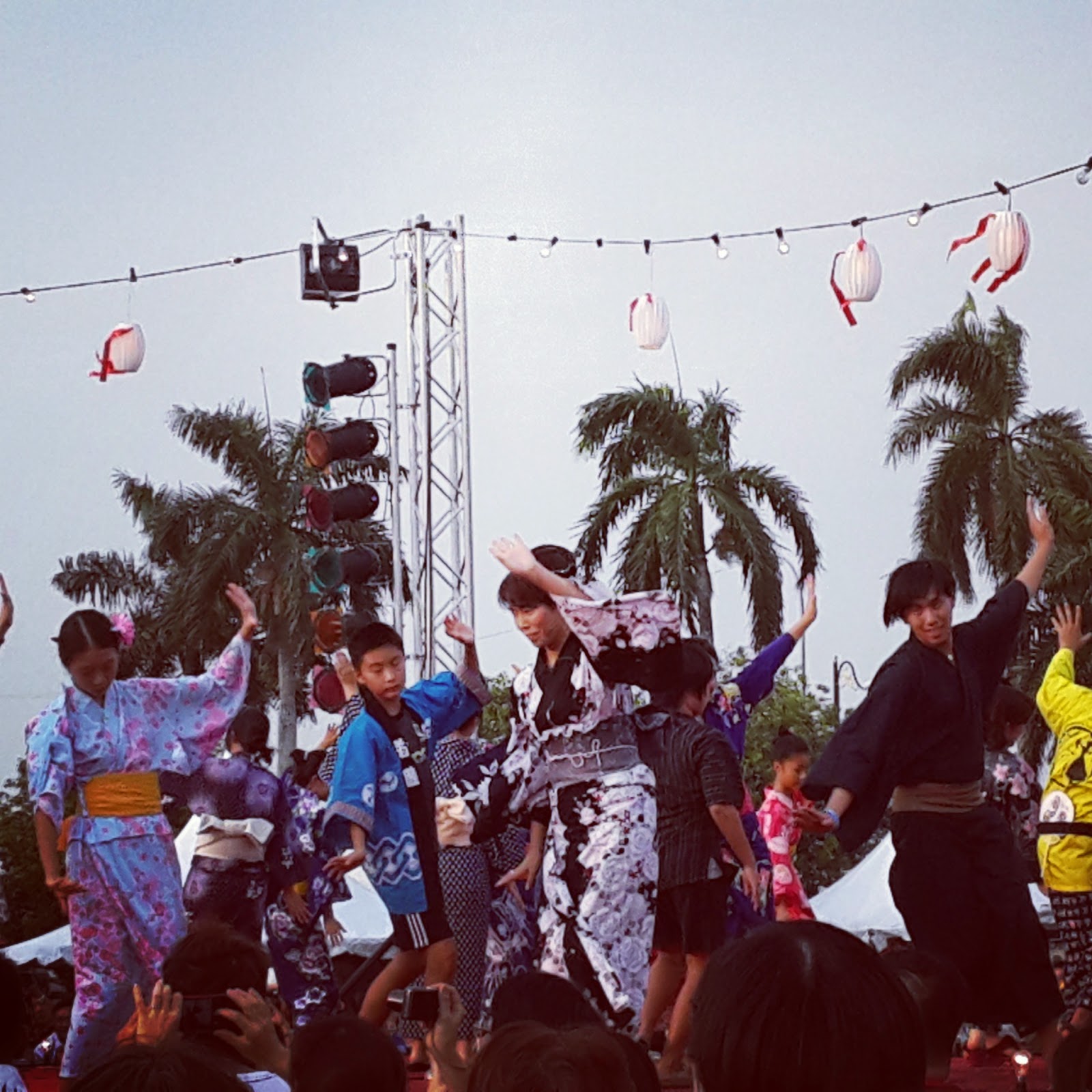 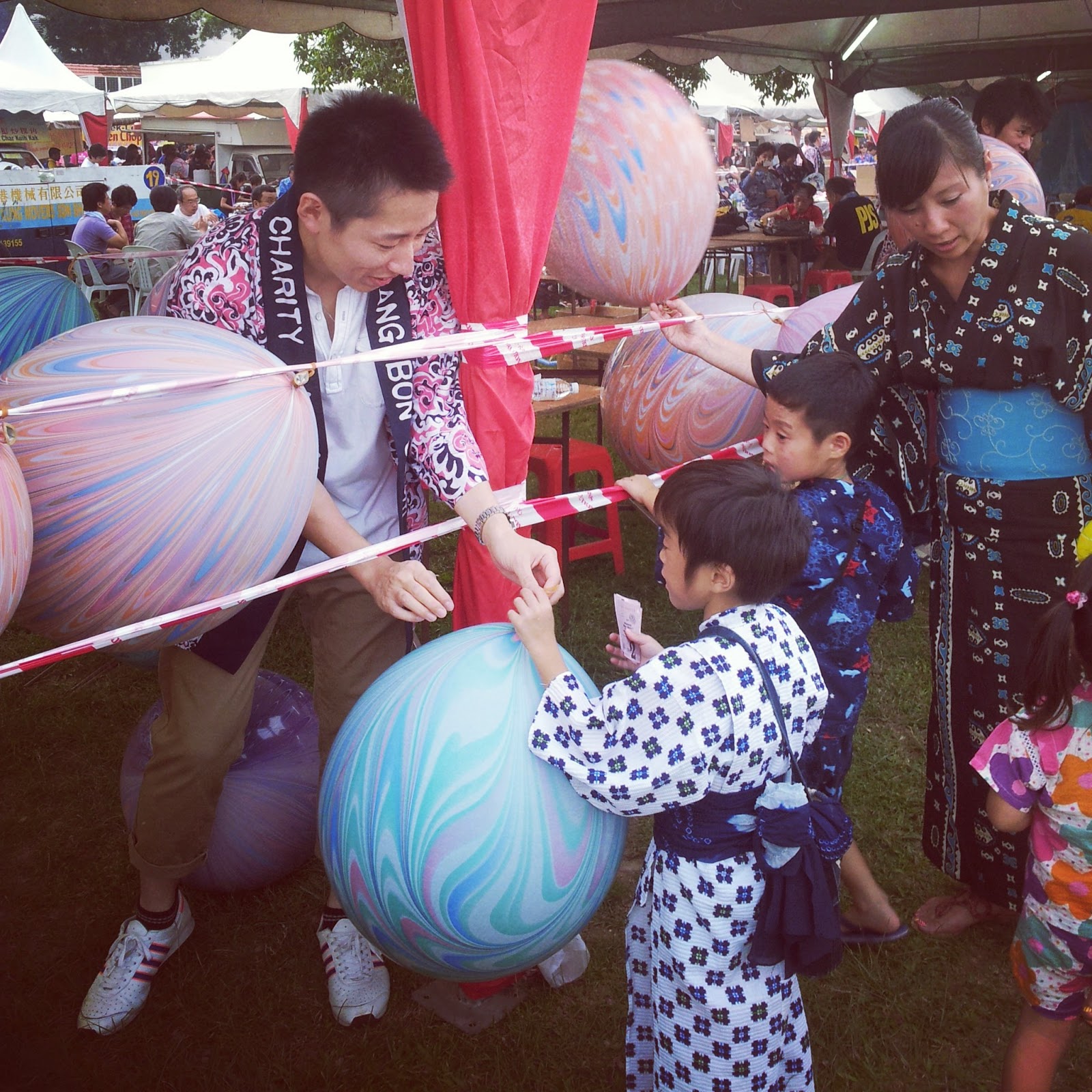 We popped by Bon Odori at the Esplanade for a while and regretted that we didn't join the rest of the crowds in bringing a picnic mat and snacks. There were Japanese dancers and drum performances on the stage, stalls filled with heaps of people. Look at the ginormous balloons that they had! 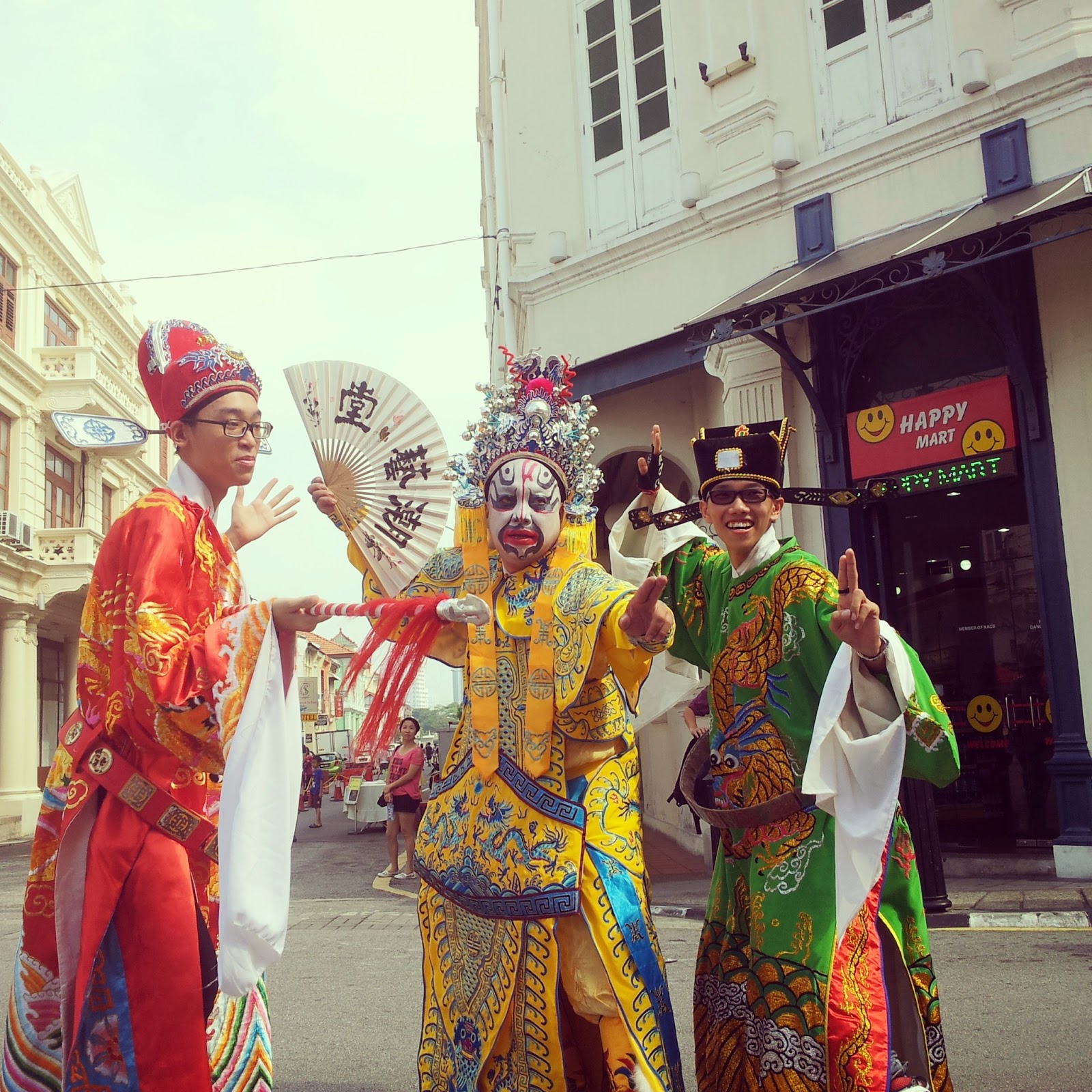 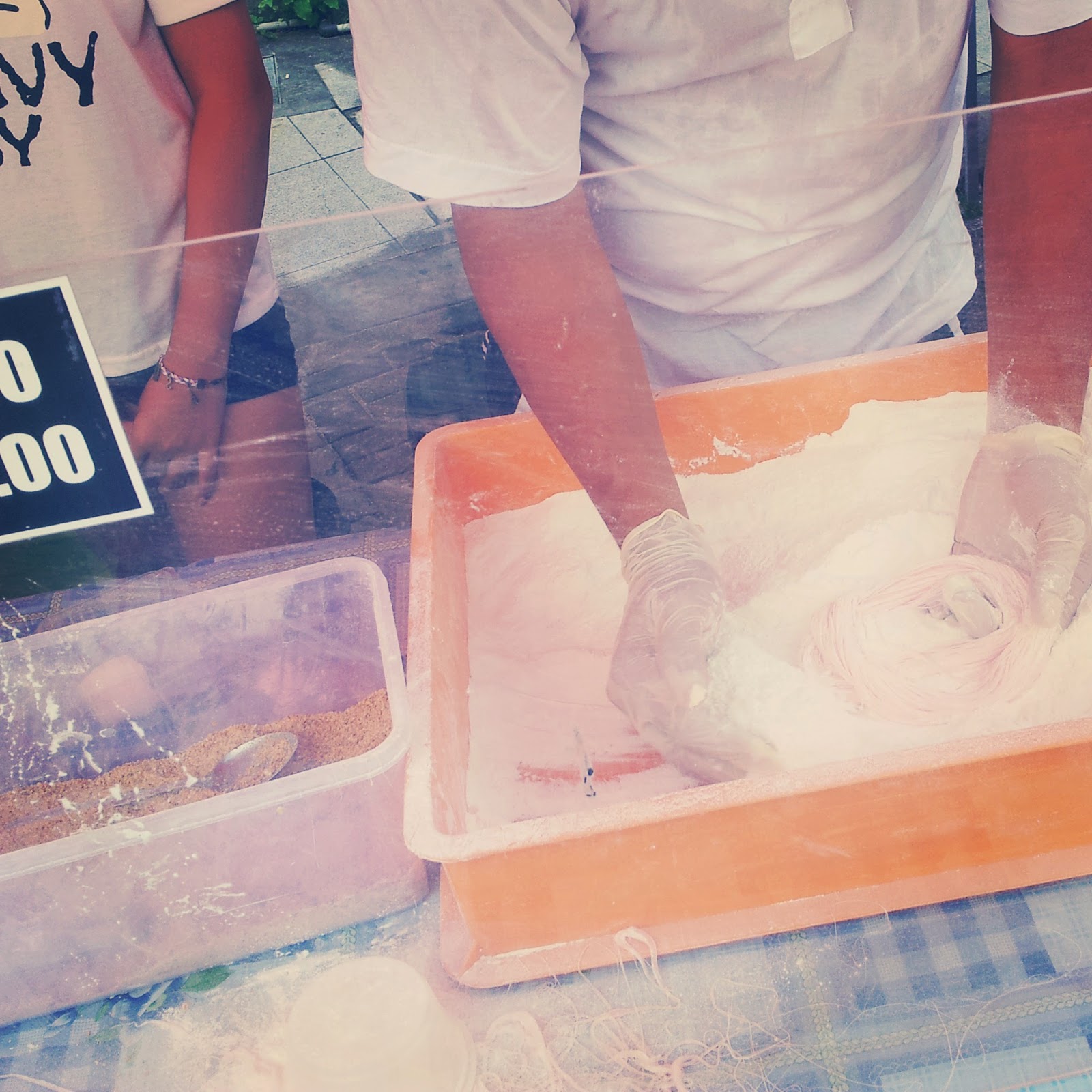 It's been a while since we headed to Occupy Beach Street. This time around, there were less events but the number of cyclists and rollerskaters were still plentiful. We found a stall making dragon beard candy and couldn't resist standing there to watch the skillful guy in action. 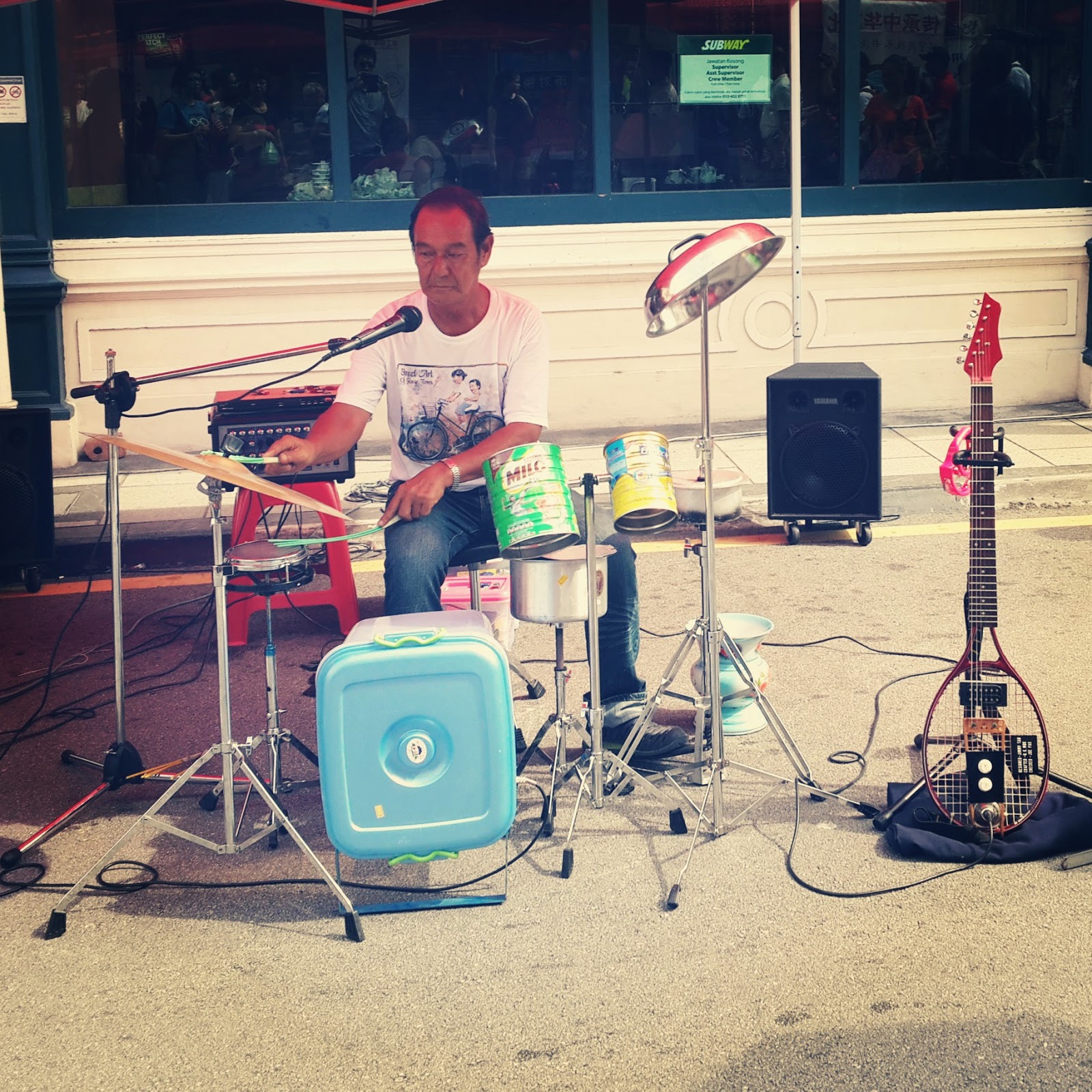 Back when Bubs was a baby, one of his favourite things to do was to slam pots and pans together into what he thought was a symphony. This uncle took it to a whole new level by constructing a drum kit from old tins in aid of charity.
Posted by The Nonya at 7:11 PM