As part of the month long George Town Festival, there was a kite flying opening ceremony at the Esplanade. Bubs has been asking us to take him go play with kites for a while now so we thought it'd be the perfect opportunity for us to have some family fun time together.

It was a lovely day with the blue skies dotted by colourful kites flying high above us. There was a sea breeze and with the warm sun shinning down on us as we walked across the grass, I couldn't help but feel like a little kid again without a worry in the world. There was festive music playing, a drum circle going on, children running about with their fingers clasped tightly around the strings of their kites, adults launching the most massive kites I'd ever seen. 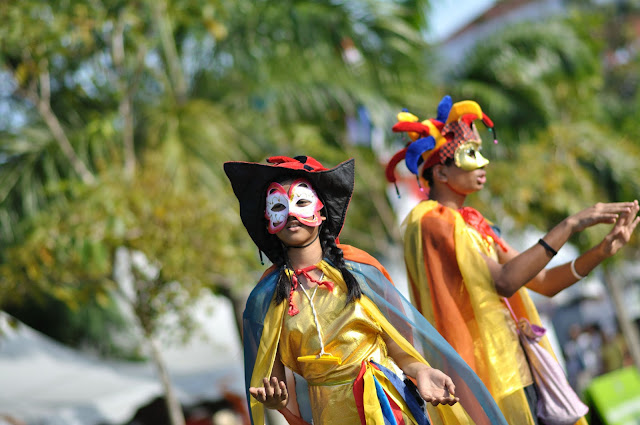 We saw a group of stilt walkers and Bubs was terrified of them, he refused to move a single inch closer. 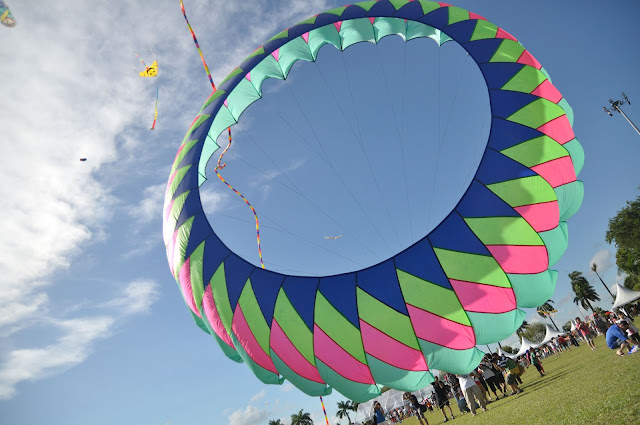 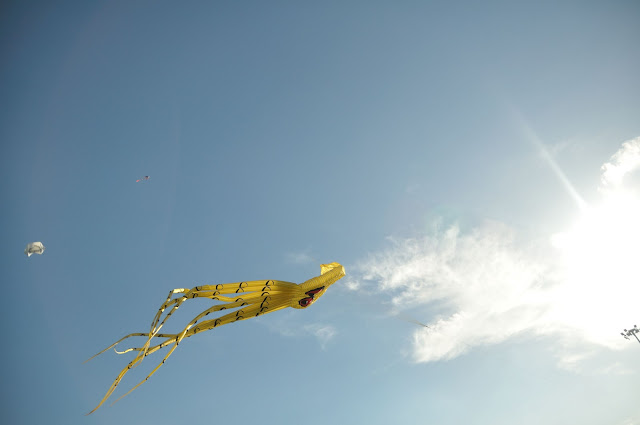 There were all kinds of kites, from paper kites from the kite making workshop, kites with attached bamboo flutes that played haunting melodies buoyed by the strong winds, kites the size of a small car, kites that had bright yellow tails fashioned to look like a giant sotong in the sky. 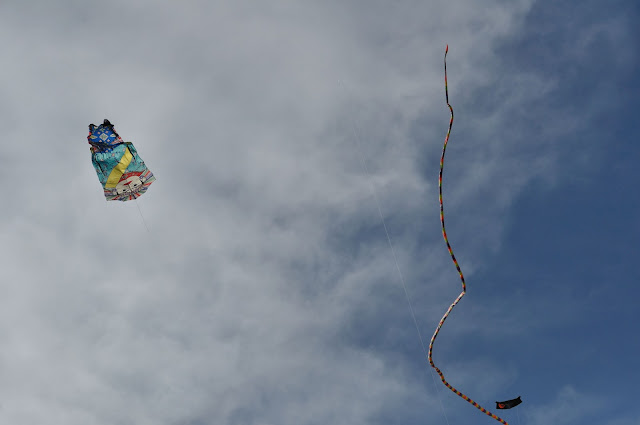 Lo and behold, a nonya kite :) 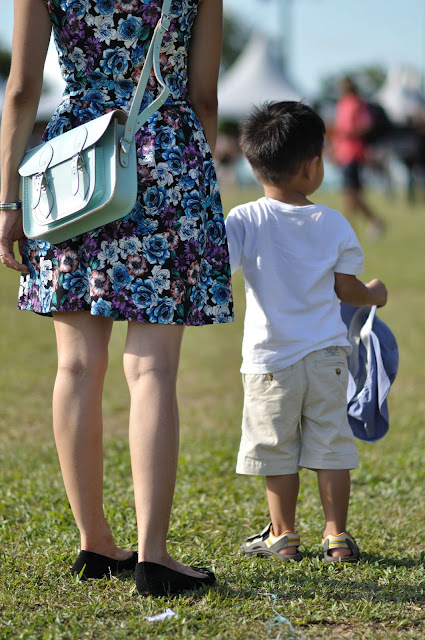 After watching everyone, young and old, with a kite, Bubs decided that he wanted one too. It took some walking around the giant field to find someone selling kites. We got a mini one, very simply constructed, and I was grumbling about having to pay RM5 for something that looked like we could have DIY-ed at home. 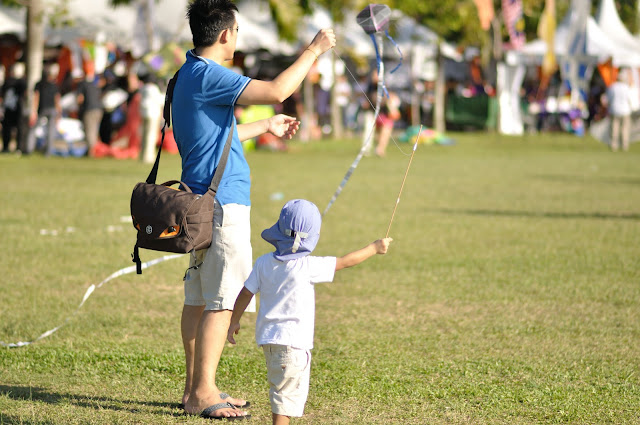 I changed my mind the moment I saw Bubs's eyes lit up when the first gust of wind propelled his little kite up high with its long tails trailing gracefully behind it. The sense of wonder, joy and excitement on his face as he laughed to see it fly. He had the biggest grin stuck on his face and he was skipping along the field. All of us took turns holding that kite and to feel the the string tugging against our fingers, the gentle bobbing of the kite, the hot sun upon our backs. I could feel my heart soaring higher than that kite.