Decadence. That's the word that slips into my mind the moment this creamy and indulgent dessert hit my taste buds. I cannot believe that something as ridiculously yummy as this could be classified healthy. 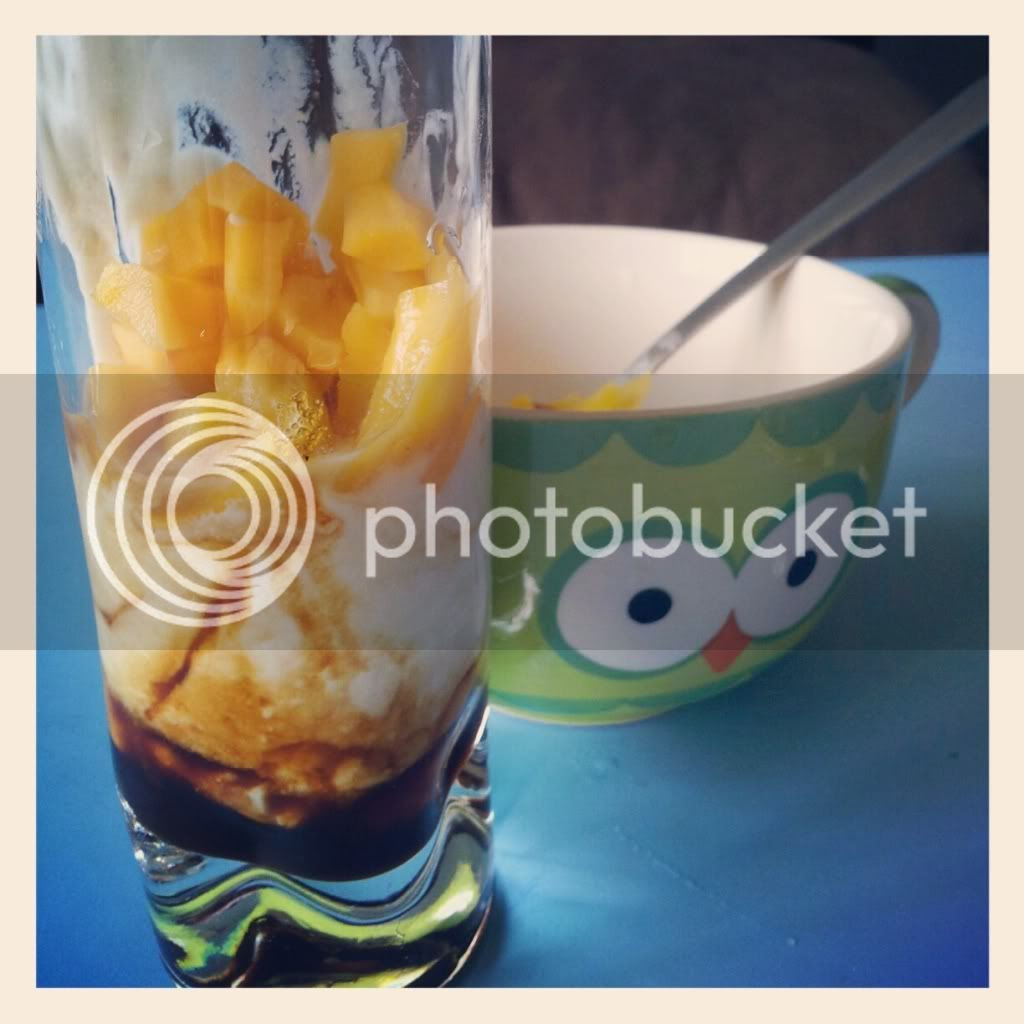 After I was inspired by a cafe selling these, I tried making my own version of yogurt with gula melaka (coconut palm sugar) topped with jackfruit. A friend makes yogurt fresh for me every couple of weeks or so and it's a lot cheaper than store brought ones so unless she's too busy or skips a week, I've stopped buying commercial yogurts.

It was my first time using gula melaka and took a bit of trial and error to get it to the right consistency I wanted. Coconut palm sugar is made from the sap of coconut flower buds and is supposedly healthier than normal sugar as it's less refined. I don't want to get into a discussion on whether if it's low GI/better for you/etc but I am crazy over its divine, smoky caramelised taste.

Gula melaka is usually sold here in hardened blocks so to get it to a syrupy form, I heated up some water in a pot, added in the gula melaka and kept stirring it. It burns easily so I took it off the stove and continued stirring until all the bits melted.

I drizzled quite a lot a bit of the gula melaka, layered it with yogurt, heaped fresh jackfruit on it, offered Bubs a spoon to tuck in. 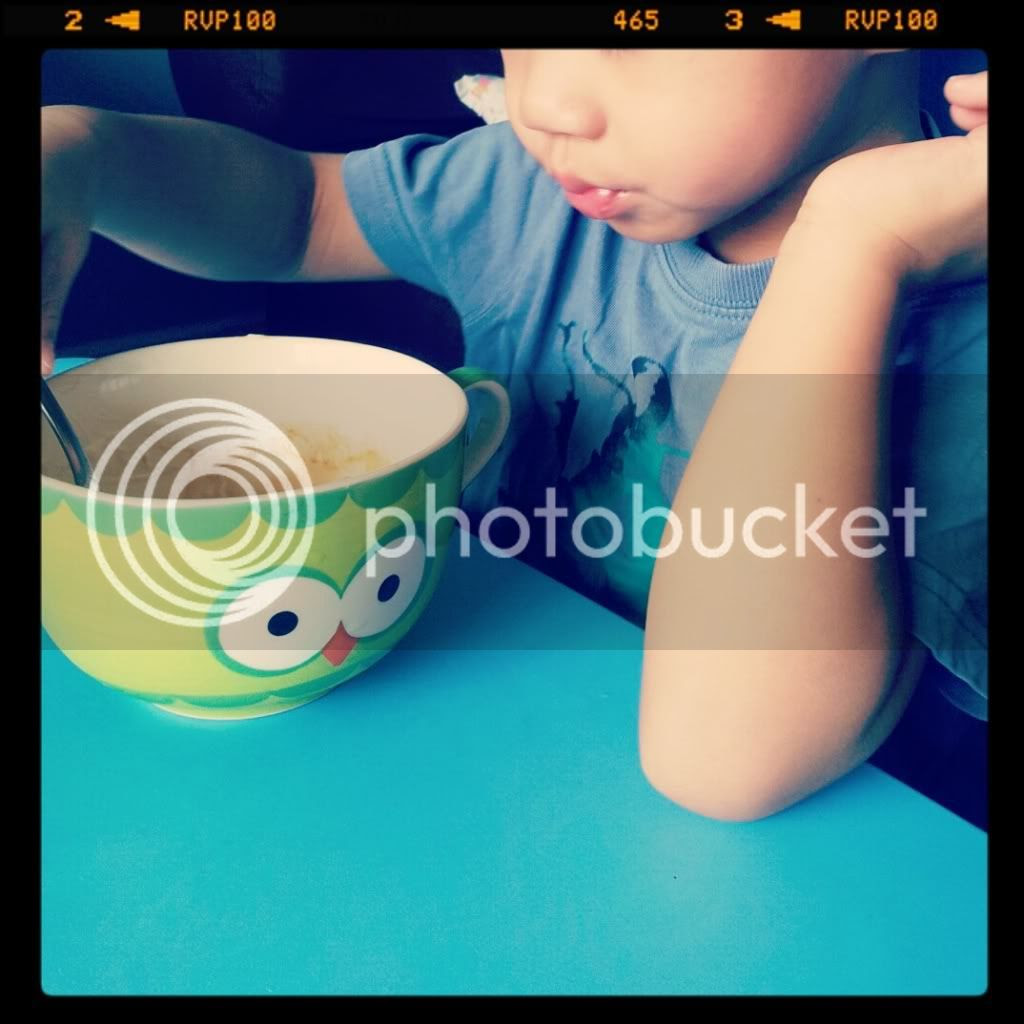 The combination of flavours were out of this world, the burnt taste of gula melaka rounded out the sweetness of the jackfruit and when paired with the creamy, tangy yogurt ... wow. Bubs called it nangka (jackfruit) ice cream and licked his bowl clean.

We still had quite a bit of the gula melaka syrup left so I made sago (tapioca pearls) pudding to go with it. Again, a very simple dessert and though the jury is out on whether santan (coconut milk) is good for you, we thought a little bit of it would be fine. 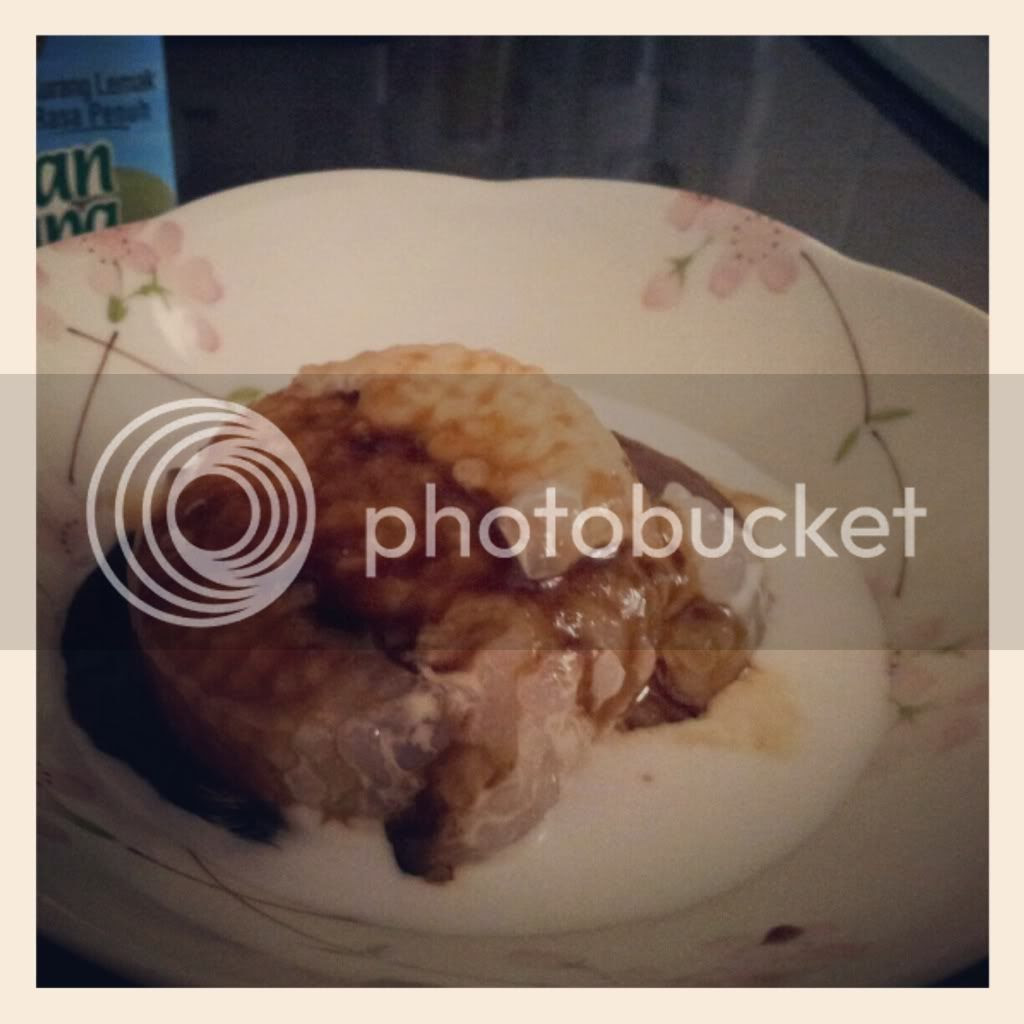 Hubs and I described this as frogs eggs to Bubs who misheard us and called it "porks eggs".
Posted by The Nonya at 10:14 AM