Fairy Godma's family were staying at a hotel in Tanjung Bungah and generously offered us the use of the washroom so it was the perfect chance for Bubs to spend a couple of hours at the beach. I was surprised that the tiny stretch of sand was relatively secluded and pristine. There wasn't much litter and to my delight, I spotted plenty of seashells, yay! 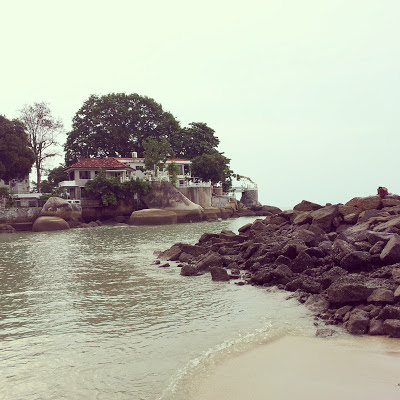 There was a rocky little cove at the side where the waves were very tranquil, almost like a small lake. We spotted a bungalow that had a bridge leading out to a make shift viewing platform. Fair Godma said this was her dream house. 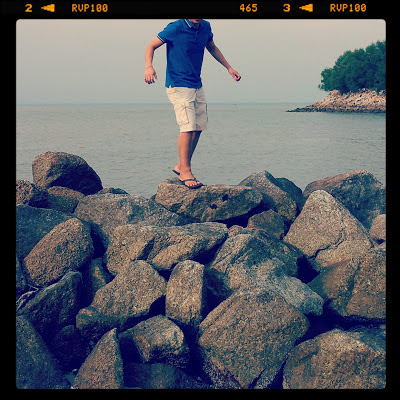 Hubs attempting to fly ;) It was slightly hazy in Penang during that weekend and though we had some misgivings about bringing Bubs to the beach to play, the skies at Tanjung Bunga were relatively clear. 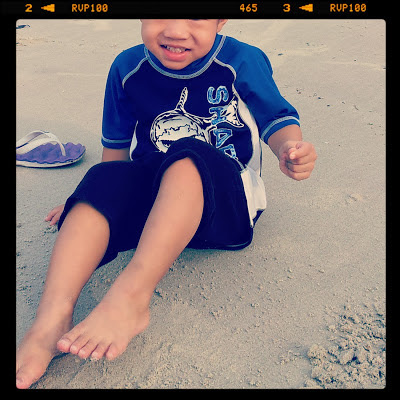 My little beach bum as happy as a clam doing what little boys love the most: digging around in the sand, being hyperactive and getting all messy. 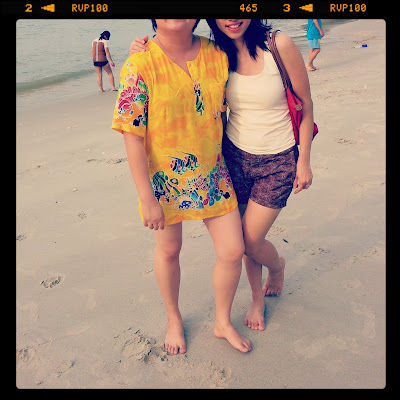 Fairy Godma and me. If you're curious about our relationship, we were colleagues (her cube always had the best snacks and toys) a decade ago and bonded over a mutual love for good food, good music and Calvin & Hobbes. 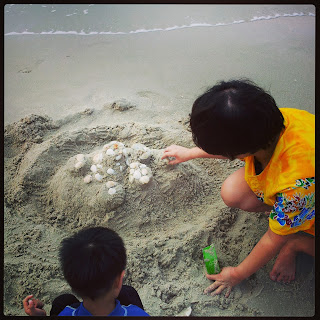 I bought Bubs a set of beach toys months ago but he lost all of it so we went with makeshift gear instead: a plastic bowl and a soup ladle, LOL. We tried to build a sandcastle and a moat ... which pretty much ended up as a mound of sand with seashells stuck all over the top. Bubs still had a blast though. 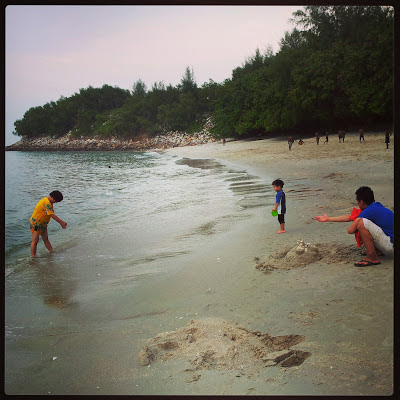 He was still freaked out by the sea and refused to go near it. Every time Fairy Godma tried to lure him to inch closer to the waves, I'd shout "Watch out, the sea monster's going to get you" and he'd wail as he ran away. Evil mum, much? ;)
Posted by The Nonya at 2:17 PM