Long Weekends Are Meant For ... 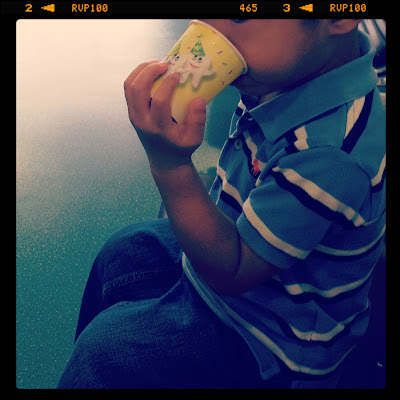 We took a day off work together to bring Bubs to the dentist. A couple of months ago, Bubs had a checkup at our regular dentist and we were floored to hear that he had 3 large cavities. Considering that we weaned him off the bottle since he was about 8 months old and have been strict with his diet, we must have failed in the brushing department :( The dentist didn't want to do the fillings as Bubs was already freaking out and suggested that we bring him to a hospital to see if they were able to sedate him before the cavities got worse. A friend recommended a child friendly dentist so we gave it a go and was pleasantly surprised.

He got to drink from a cartoon tooth printed paper cup while waiting. The dentist was so nice to him, she let him sit in the dentist chair and showed him up it went up and down, explained what all the tools were for, misted his hand with the water from the whirling thingamajig, gave him his own mirror and sunnies to protect his eyes from the glare of the light and ... played cartoons for the TV deprived kid while on the chair. That totally won his heart and he was such a brave boy throughout the fillings. After he was done, she even rewarded him with stickers. I couldn't stop thanking the dentist enough! 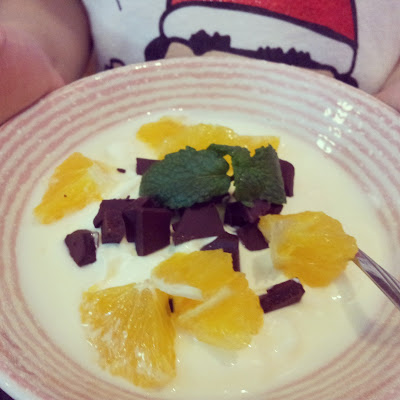 And a totally random shot of the best breakfast for a long weekend: freshly made yogurt (once you've tried the real thing, you'll never go back) topped with chunks of dark chocolate, orange pieces and drizzled with runny honey. I like to be sneaky and sprinkle in chia seeds, flax seeds and wheatgerm for a nutritional booster for Bubs. Mmmm ...
Posted by The Nonya at 3:48 PM