After reading this post about modeling beeswax, I was so keen on getting some for Bubs but was intimidated by the shipping charges on Amazon so I put that idea on the back burner for a while. 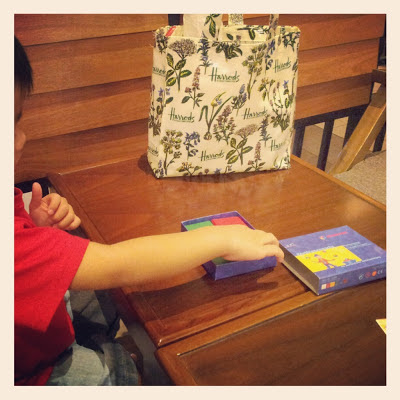 While we were at the Straits Quay weekend market, I was thrilled to find a stall that sold - lo and behold - Stockmar modeling beeswax plus a bunch of other beeswax crayons. Each bar sold for RM60 and if you get the boxed set, it works out to be cheaper. I immediately grabbed a pack of 6 colours for RM52. The stall owner was super friendly and they had a tiny kids size table and chair for children to play with the modeling beeswax and crayons, too bad I lost the name card :(

It kept Bubs occupied for some time while Hubs and I had an iced coffee and cake at Starbucks. I'm not a big fan of the colours getting messed up so I limited Bubs to only play with one block first. The wax was stiff initially, not to mention the air con there was freezing so it took quite some warming up in between our palms for it to be softer and more pliable. 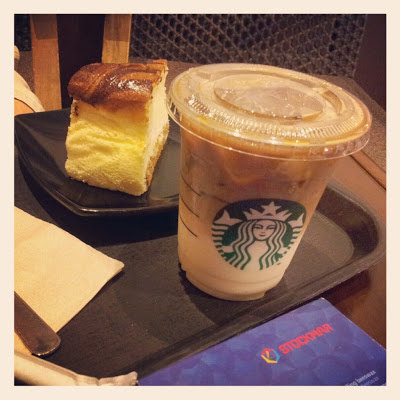 Too bad the Starbucks Asian Dolce Latte is limited edition and most places have already stopped serving it :( I really like it iced. 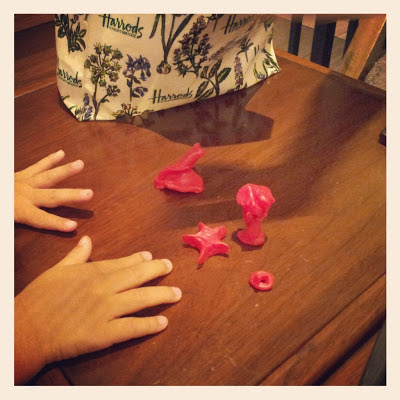 Bubs found the beeswax to be tougher to mould as compared to play dough. I like it for precisely those reasons. Play dough tends to be a bit messy at our place and you could always find where Bubs is by following behind the trail of crumbled play dough bits that he leaves behind. Our artworks were ... well, lol, need more work on, I guess. This is going to be one fun and very portable plaything to bring along on road trips.
Posted by The Nonya at 2:57 PM