Given that Hubs and I had crazy work schedules, the long weekend was very much welcomed and Bubs loved all the extra attention he got. We lazed around at home, took him to the park, played toys with him, it was sooo good to just recharge our batteries for a while. 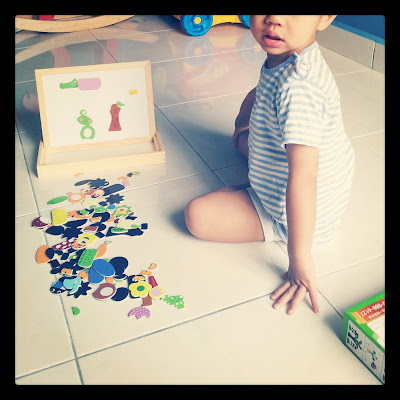 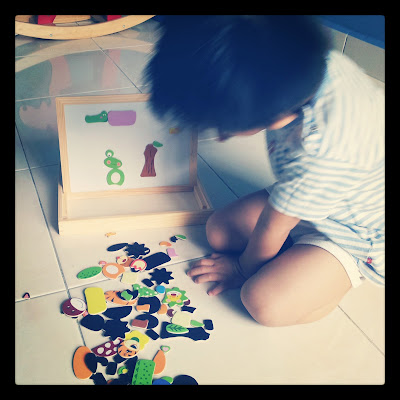 CS got this magnetic animal toy set for Bubs and he is hooked onto it. It comes with a mini  whiteboard which flips over to a blackboard, an erasable white board marker, chalk sticks and a jumble of  magnetic animal pieces that you can mix and match to create a jungle scene. Bubs is such a stickler for getting all the animals done "proper-berry". When I tried to put elephant legs onto the frog, he wouldn't let me and insisted on finding the correct froggy legs. 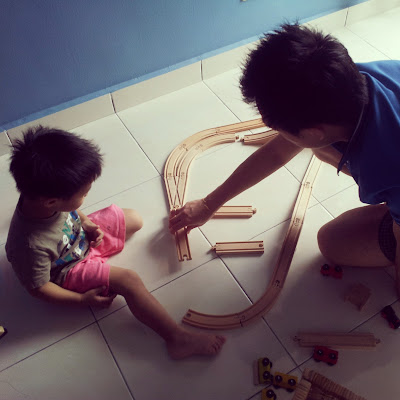 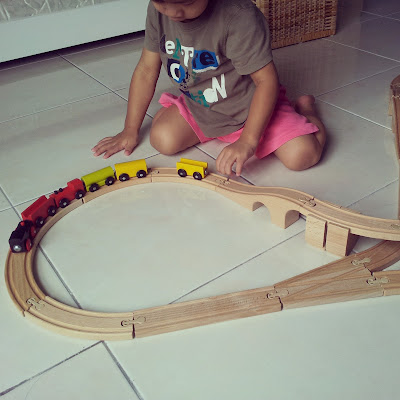 We got another expansion set for Bubs's Ikea trains and even though Hubs refuses to admit it, I think he gets a kick out of setting it up with slopes, intersecting tracks. Bubs can sit there for quite a bit going "choo choo" as he pushes the trains along. I love to annoy him by suddenly stealing half the trains and pushing them away onto a different track ;) 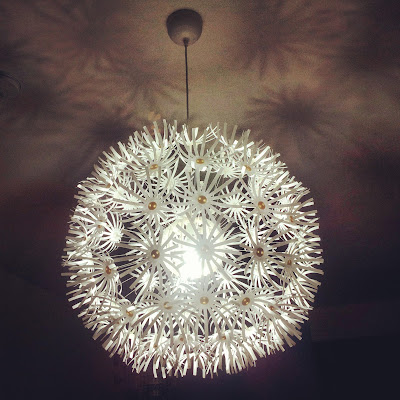 We finally got the electrician to install the Ikea dandelion light. I fell in love with it years ago but the original one was far too big so when they came out with a smaller version, I jumped at it. Hubs had the unenviable task of putting all the paper petals together. 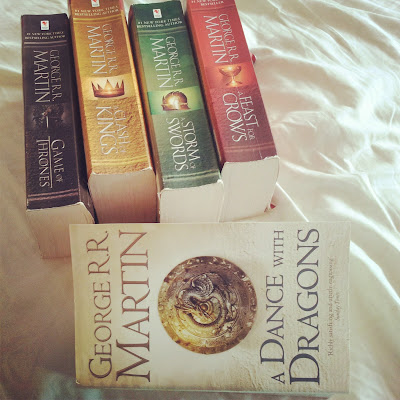 Ever since my boss raved to me about Game of Thrones (on HBO), I picked up a copy of the book and never looked back. I'm onto Book 5 now: A Dance with Dragons and reading it oh-so-slowly because it's the last book and the Book 6 isn't published yet. It's ironic that I love reading the books but don't have the patience to watch the series. 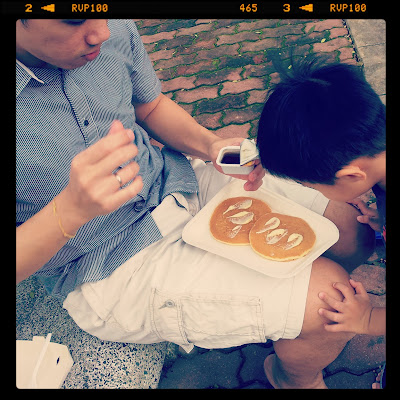 We took away Macca's breakfast and had a sort of picnic at the Youth Park. Bubs devoured the hotcakes and Hubs drank what was left of the hotcake syrup, gross. We washed everything down iced Milo so we were all on a sugar high for some time. 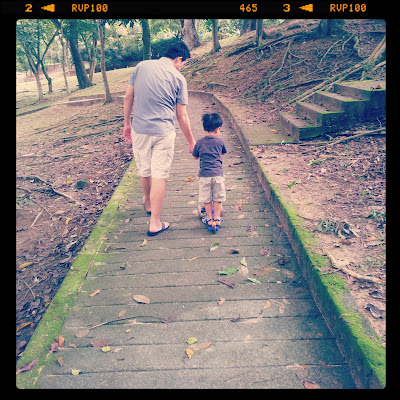 We brought Bubs's scooter together and he was so chuffed about that, though he was lazy and refused to kick along so Hubs ended up having to pull the scooter for him while he stood on it like a boss. Once when I was pushing him on the scooter, we hit a curb, it tipped and Bubs sprawled to the floor, Hubs gave me an accusing look and muttered something about being a terrible mum ... until it was his turn to pull Bubs and he did the exact same thing, hah! Poor Bubs ... 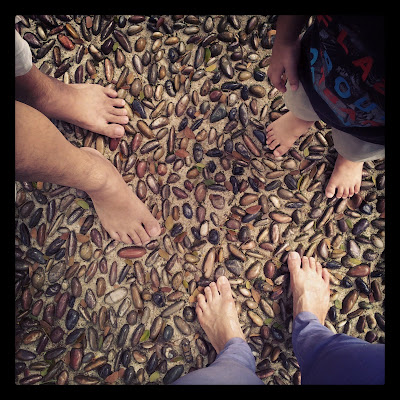 All three of us went tried out the reflexology path. I yelped in pain while Bubs said "it's not painful" so Hubs and I pretended to walk away fast and when Bubs tried to run after us, he shouted ow ow ow. Okay ... we're kind of sadistic. 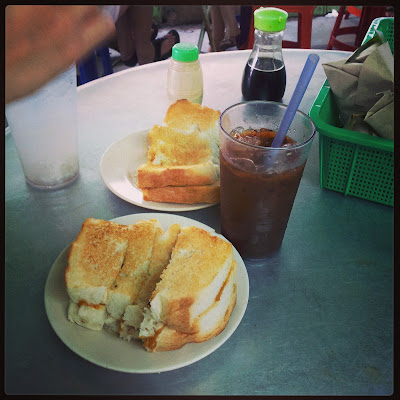 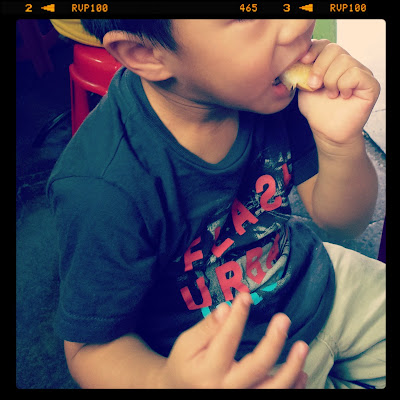 The best place in the world for breakkie or a leisurely afternoon tea has to be at Toh Soon. Some how the world seems to slow down, the toasted bread, nasi lemak and iced coffee just doesn't taste as good anywhere else as compared to here. Bubs agrees, with two little greasy thumbs up for their buttered toast.
Posted by The Nonya at 6:26 PM