Now school holidays have started, I've been cooking up some stay/play-at-home activities in an effort to minimise screen time for Bubs and keep us all sane. 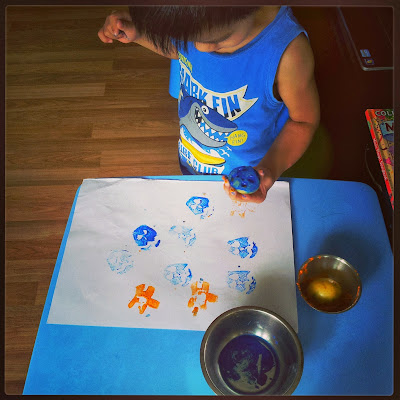 Remember this old gem? Potato stamping was what every school kid in the 80s did. Hubs carved the potato halves and Bubs picked his own colours. 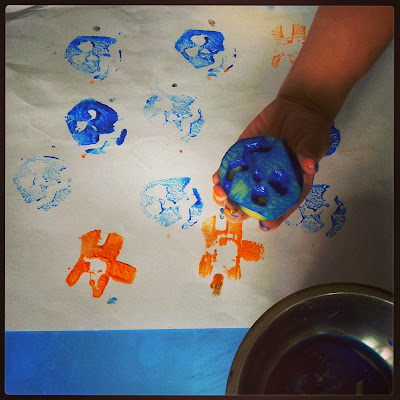 In case you can't tell what these are: Hubs etched out a scary face and a turtle - long story. This kept him (Bubs, not Hubs) occupied for a while. 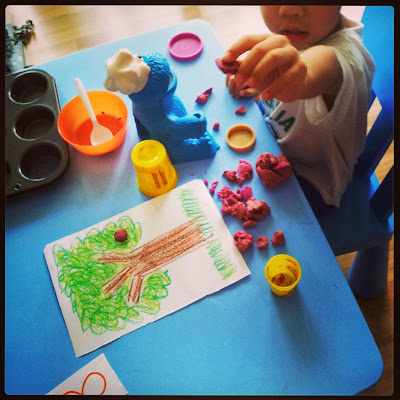 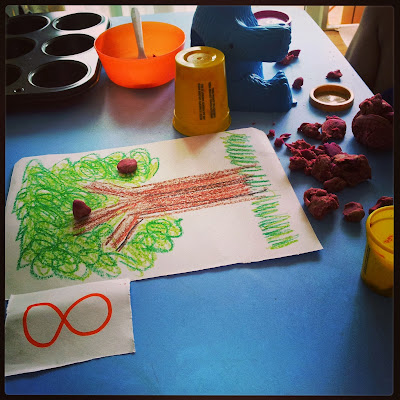 Inspired by this blog post, we're also learning numbers by using play dough. I sketched out a tree and Bubs picked a number. He then rolled play dough into mini apples to go onto the tree and carefully counted the number of apples required.
Posted by The Nonya at 2:45 PM