Bubs has a really easy to remember Chinese lunar birthday and we do a mini celebration every year. His birthday is always around the corner of the Mid Autumn lantern festival so we always get him a moon cake. 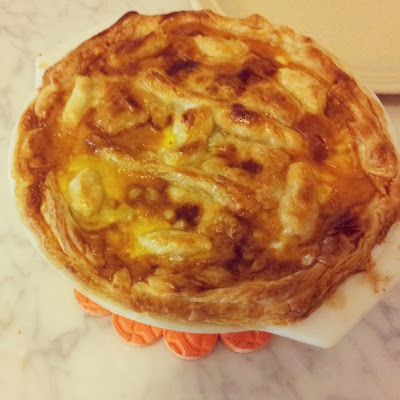 Mum baked a chicken and macaroni pie. If you're a kid of the 80s, you'll recognise this dish from lots of Hainanese restaurants. It's filled with chicken, macaroni, mushrooms, green peas (which Hubs and I hate and dug them all out for Bubs) in a cream based sauce and topped with a fluffy egg white crust. Mum usually cheats and uses ready made puff pastry, if you look carefully, you can spot Bub's initial on the crust ;) 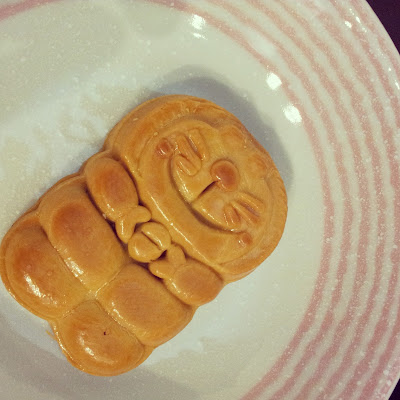 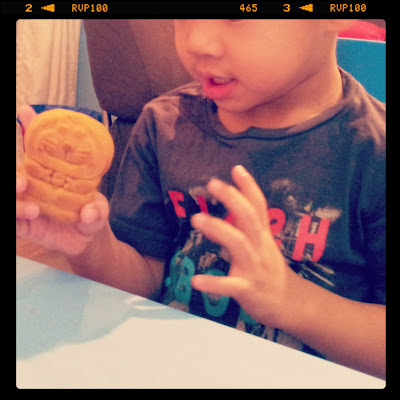 Siew got him a mini Doraemon moon cake. Bubs has never seen Doraemon before so when I asked what he thought it was, he said a cat! I actually had no idea what Doraemon is and was really surprised when Siew said it's a robotic cat, LOL. I always thought it was some kind of pancake eating alien. 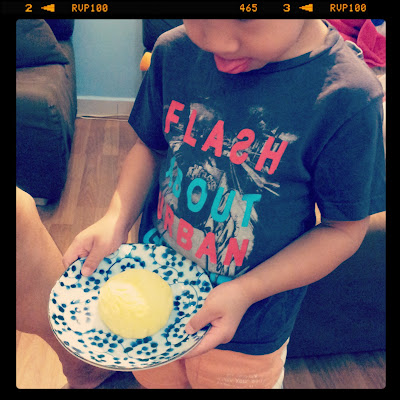 Bubs and his moon cake: chilled snow skin with a durian filling. This was so decadent, the filling inside was luscious and right in the centre was a goey durian coulis. Bubs and I were fighting for the lion's share of this moon cake. If it weren't for the steep prices of moon cakes this year, I'd have happily bought a few more of this, it was that good. Poor Hubs who can't stand durian stayed far away from us!
Posted by The Nonya at 3:44 PM