Our team had a team building event by volunteering at the SPCA. I've to admit, I wasn't very keen on the idea because *please don't kill me* I'm not that big an animal lover and I get very princess-y about cleaning up poop incidents. I don't hate animals or anything, I'm often guilty of feed strays the local food court my leftovers but I don't really get excited about them either.

We were split into 2 teams: one would clean up the cat enclosure while the other would socialise with the animals. I murmured something about being allergic to cleaning detergents, volunteered Bubs (I figured animal exposure would be good for him) for the socialising bit and tagged myself as the official camera man. 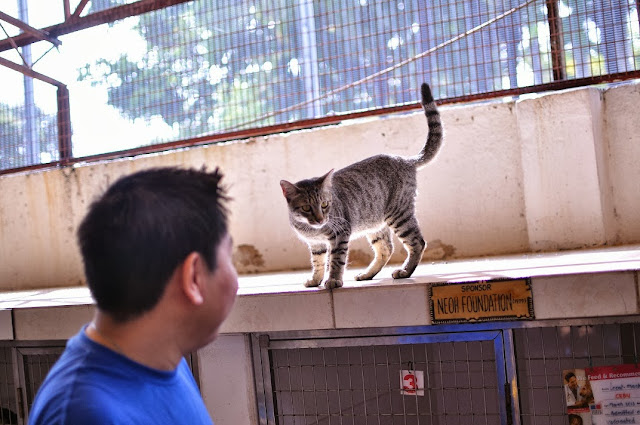 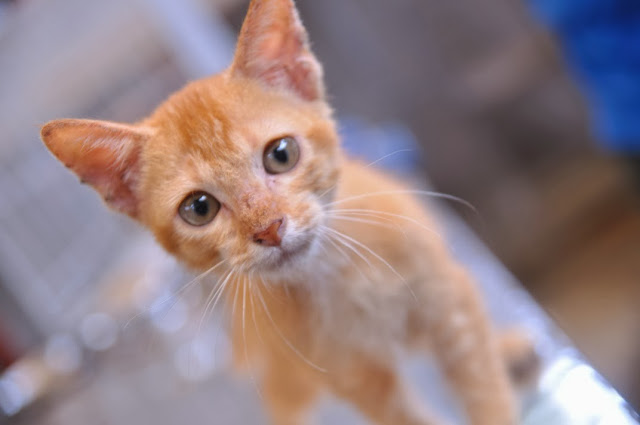 I think my team was half ready to kill me as cleaning the cat enclosure took at least a couple of hours. I won't lie to you, the whole place had a very strong, musky cat scent and there were "accidents" scattered around. You really need to be an animal lover to volunteer to clean the area. I was so proud of my teammates, they brushed the area, hosed and cleaned it thoroughly. 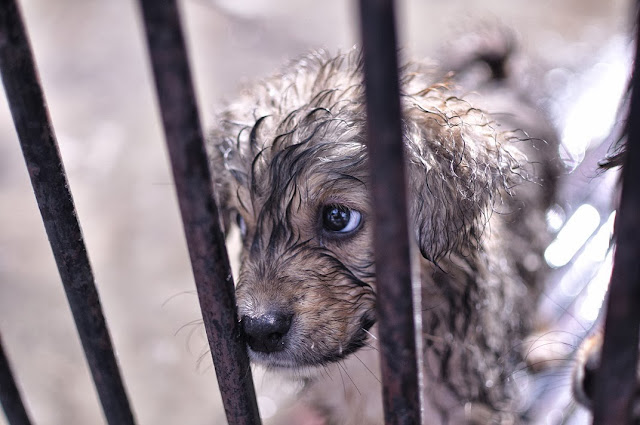 While I was playing with them :) The puppies just had their bath and had the most melting-bring-me-home eyes. 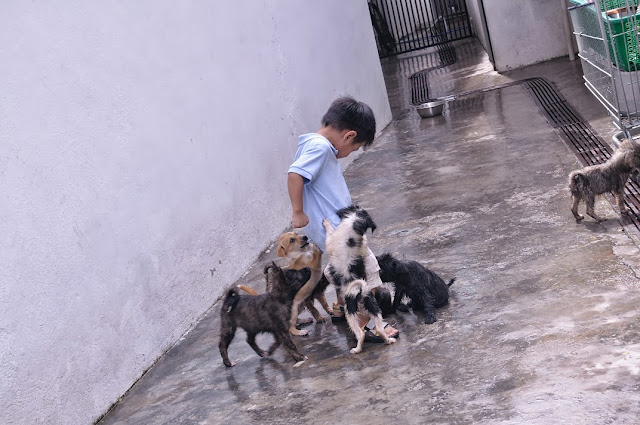 Bubs was certainly Mr. Popular to his furry, four legged friends. He got along with them like a house on fire. They were all swarming around, gently scratching, nipping and playing with him. Bubs was half confused and half amused as it was his first time playing with so many dogs at one go. 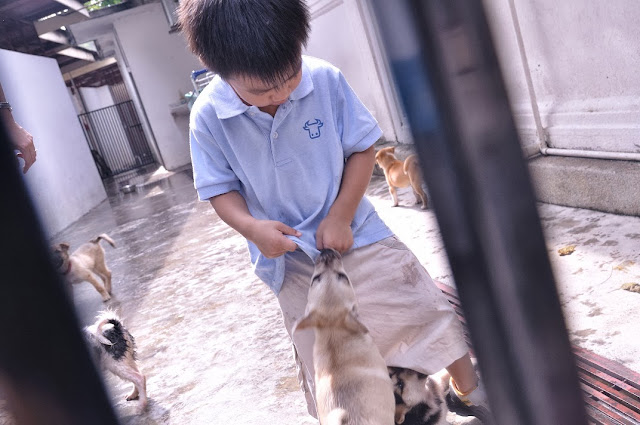 Most of the time, they were trying to yank his clothes off. At one point, he got so exasperated with them pulling his tee and pants down, he even lifted up his tee to try to get it away from them. Though Bubs hasn't had much contact with animals, he wasn't scared and was very gentle with them. I worried that he would be rough or accidentally hurt them so I hovered close behind him. 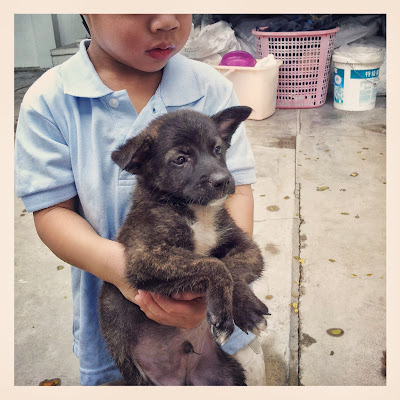 Such an awwwww moment. Bubs was attached to this little puppy and pretty much carried him wherever he want. He kept asking if we could bring him home and burst into tears when we gently told him no :( I wish we could but it takes so much commitment to adopt a pet at we're not ready yet at this point, when we reach that point in time, we'll definitely rescue a stray.
Posted by The Nonya at 12:13 AM