There was a Japanese themed parade - Yasakoi Festival in Penang and I thought it'd be fun to drop by for a quick look. We were lucky that it was slightly overcast so it wasn't scorching hot when we parked our car a few streets away and walked to the Esplanade during the evening. As expected, most of the major streets were closed for the festivities so it was an unusual experience walking right in the middle of Beach Street (where all the banks are and it's usually congested with heavy traffic). 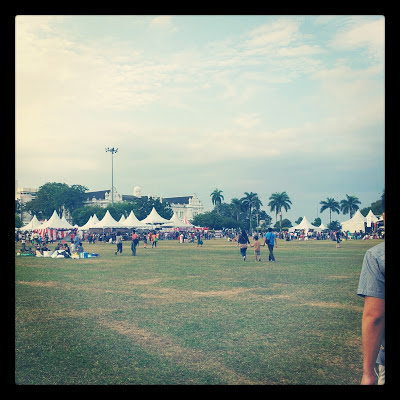 The Esplanade was set up with lots of little tents housing different stalls. There was a main stage up in front with dancers performing to both Japanese and local music. Many people were dressed up in Japanese costumes and the little ones looked soooo cute! Bubs enjoyed the wide, grassy area for him to run around in - which made me feel slightly guilty for not bringing him to parks more often. 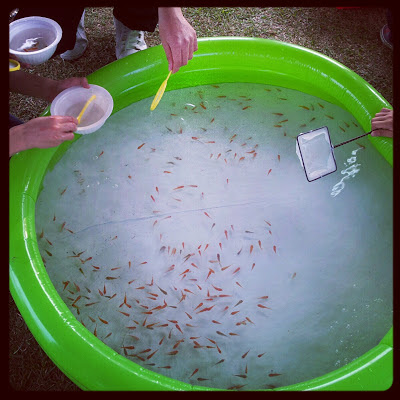 There was a goldfish bobbing game where dozens of tiny little fishies were swimming in a wading pool and you could scoop them up in a net. I wanted one but Hubs said NO pets :( Killjoy. 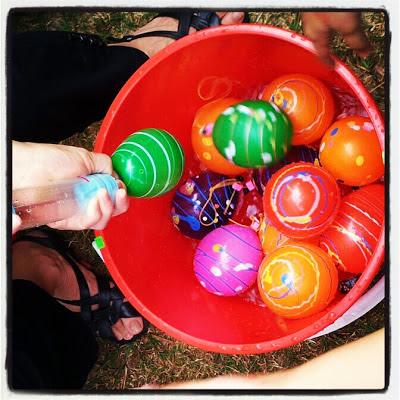 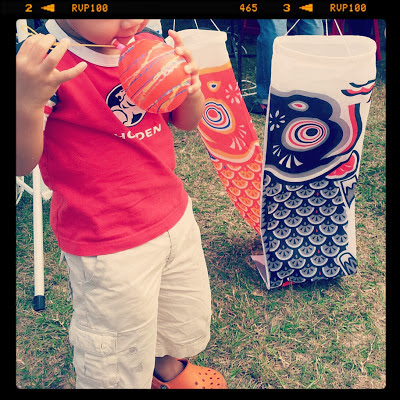 There was a nice lady providing children with free yo-yo balloons. Don't you love how pretty and colourful they are? Bubs promptly tried to eat his. 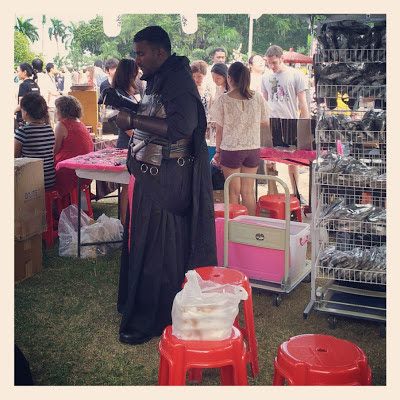 A Dark (Sith?) Lord (I'm sorry - I know nuts about Star Wars) tucking into his food. I thought it was nice of the 501st Legion Malaysia-Brunei to collect donations and help out the Child Protection Society. 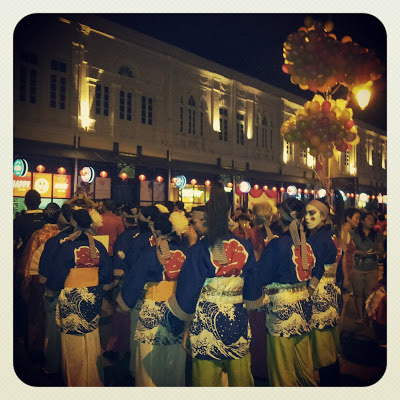 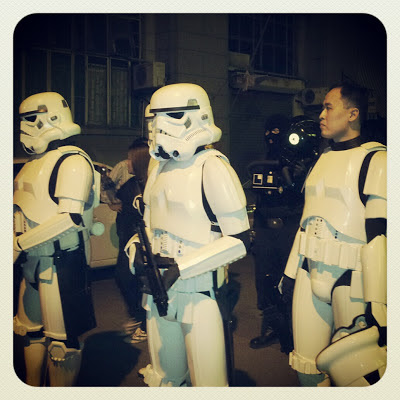 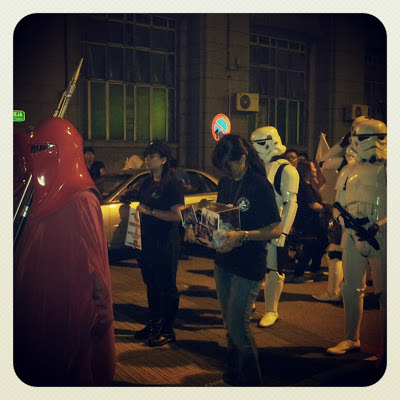 At around 8.30pm, the street parade at Beach Street started. There were sooo many performers and costumes, from the MPPP to little kids - even spotted one dressed as a giant slipper. I wasn't carrying a camera and my handphone doesn't do too well under low light conditions so these photos are blurry. Bubs was dancing along to the music and had so much fun that he didn't want to leave at all! :)
Posted by The Nonya at 11:58 PM