Bubs has been spoiled with gifts this Xmas and lets just say this better be a one off for this year ... 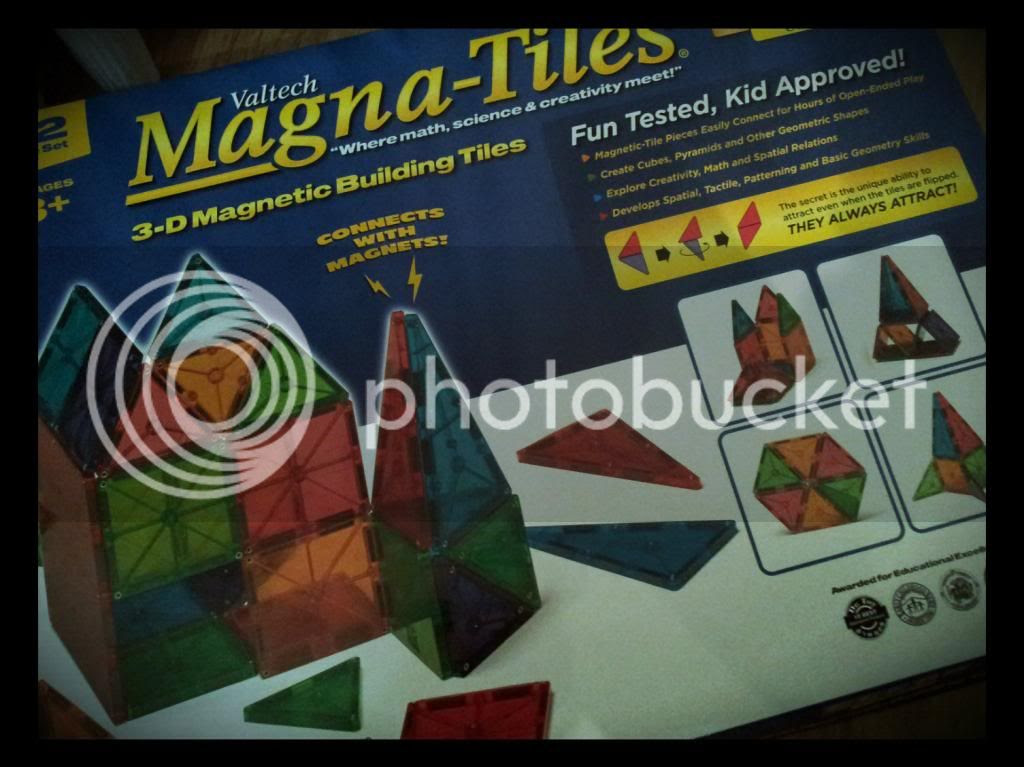 When I heard Sue was going to the US, I begged her to cart me back a box of Magna Tiles. The reviews for them were stellar and I couldn't find a retailer either in Malaysia, Singapore or Australia so I was psyched when Sue got them for me Bubs. 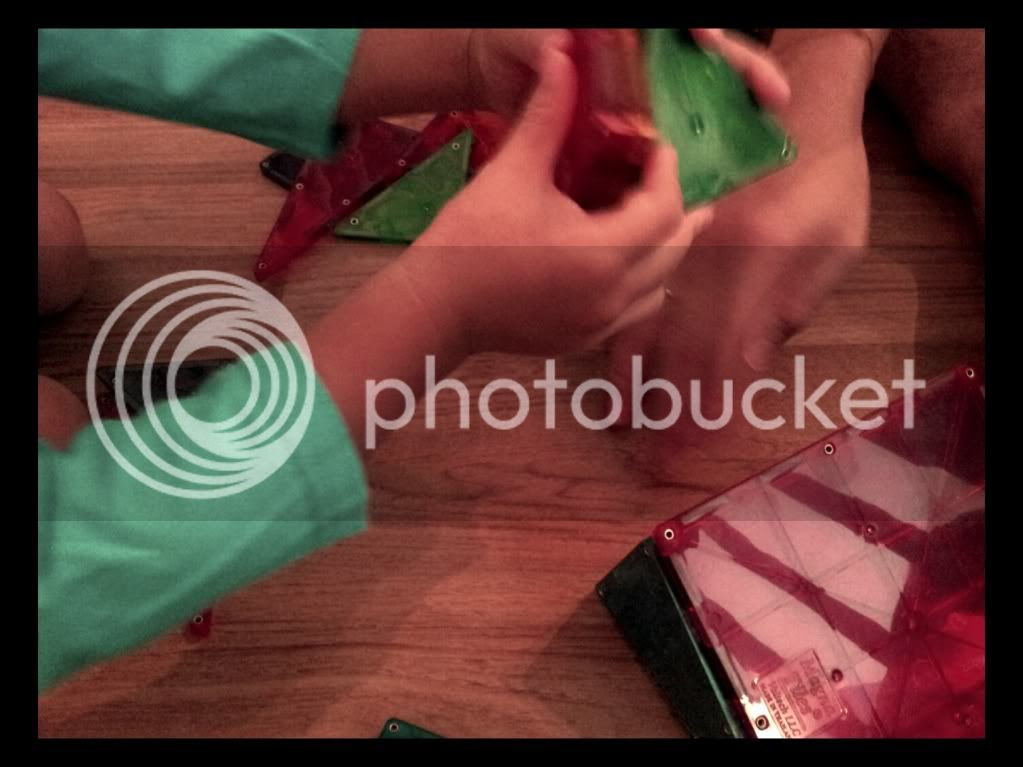 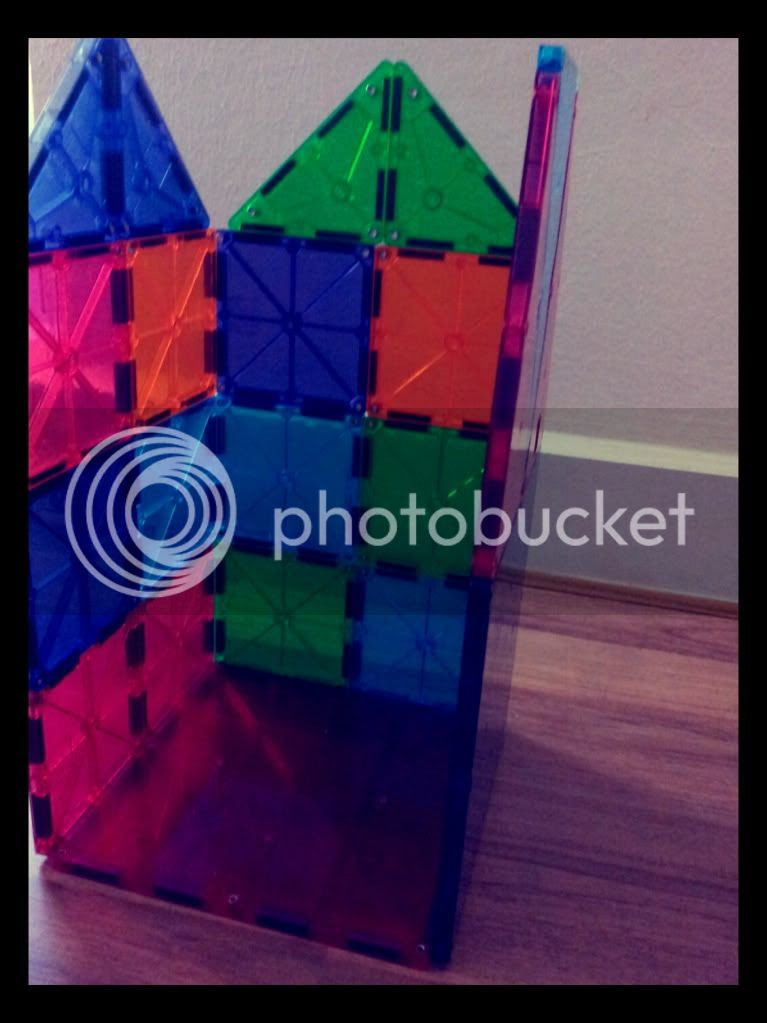 The concept is relatively simple: colourful magnetic tiles that snap together to form geometric shapes. I couldn't agree more with the tagline "where maths, science & creativity meet". We're using them now to build mini buildings and I'm introducing shapes to Bubs. When he gets a bit bigger, I plan to teach him basic geometry with these - Hubs is rolling his eyes and branding me as a tiger mum.

I initially thought that we'd stop at the Magna Tiles, until I went into the Mothercare store during their year end sale and carted this out at half price (score, bargain!!!) 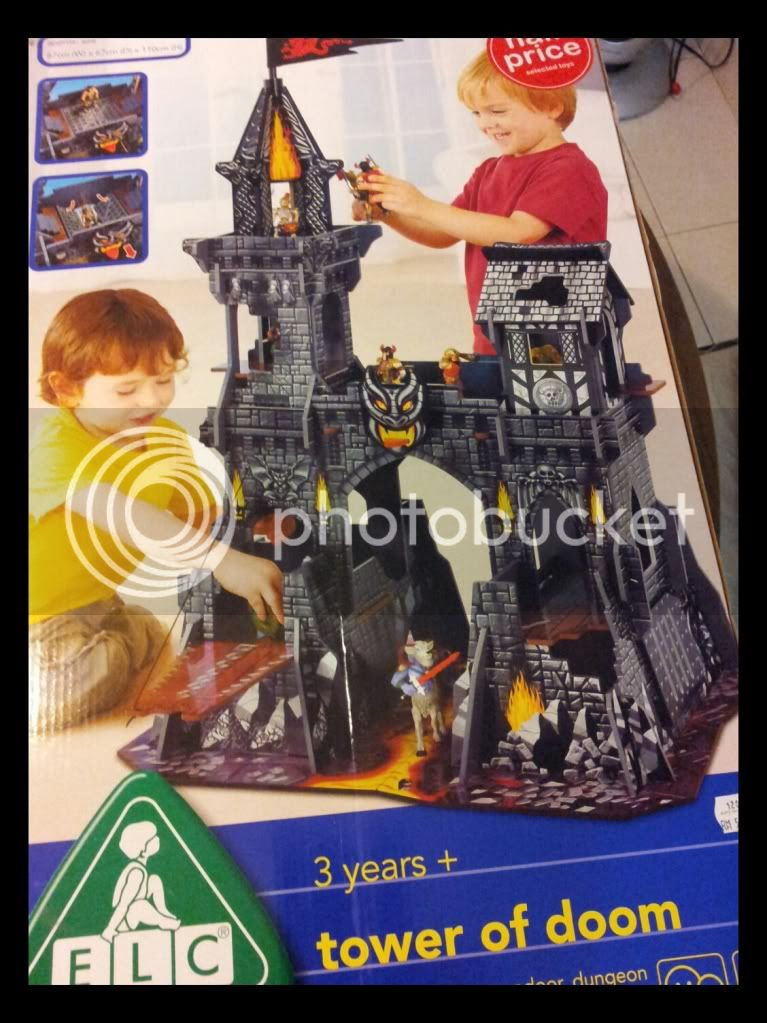 People, I present to you ... the Tower of Doooooom. 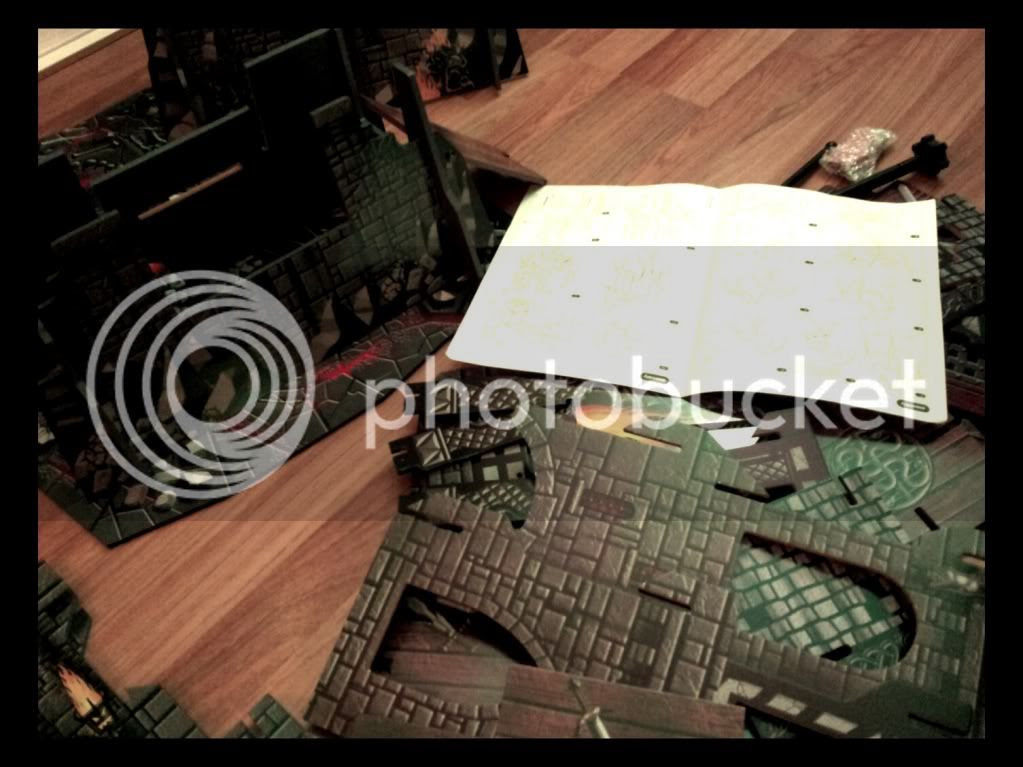 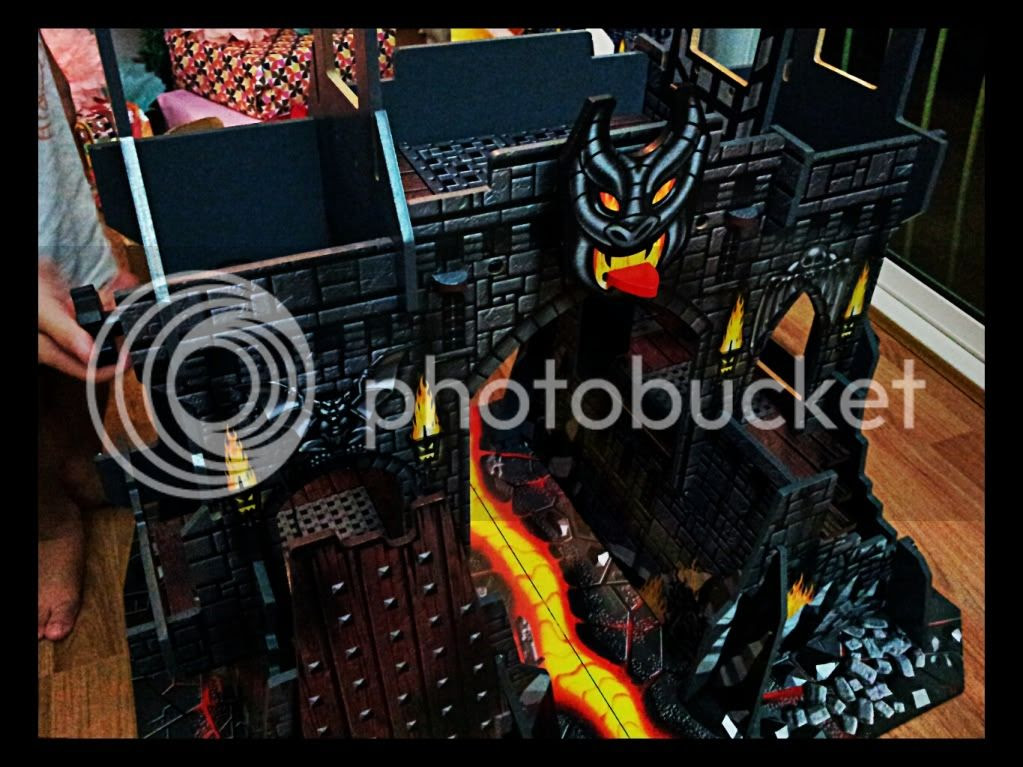 It took quite a while to set this up, sort of like a 3D jigsaw puzzle but believe it or not, I built 3/4 of this all by myself before I got bored and left the rest to Hubs to complete. 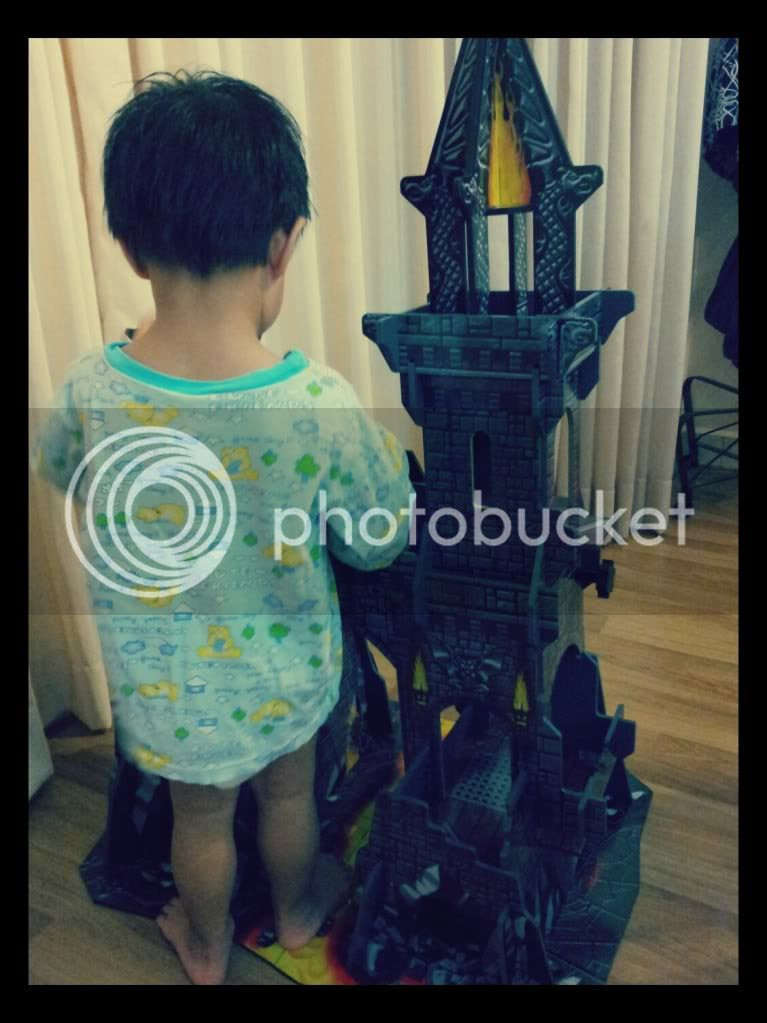 It's even taller than Bubs, lol. We had fun playing exploring all the nooks and crannies in the tower of doom - it comes with a working drawbridge, trapdoor and beautiful details. Can foresee that this definitely be something to play over and over again for a long while.

The last 2 pressies were complete surprises from Aunt D. She is really generous in passing to Bubs fantastic hand me downs that are still in fabulous condition. 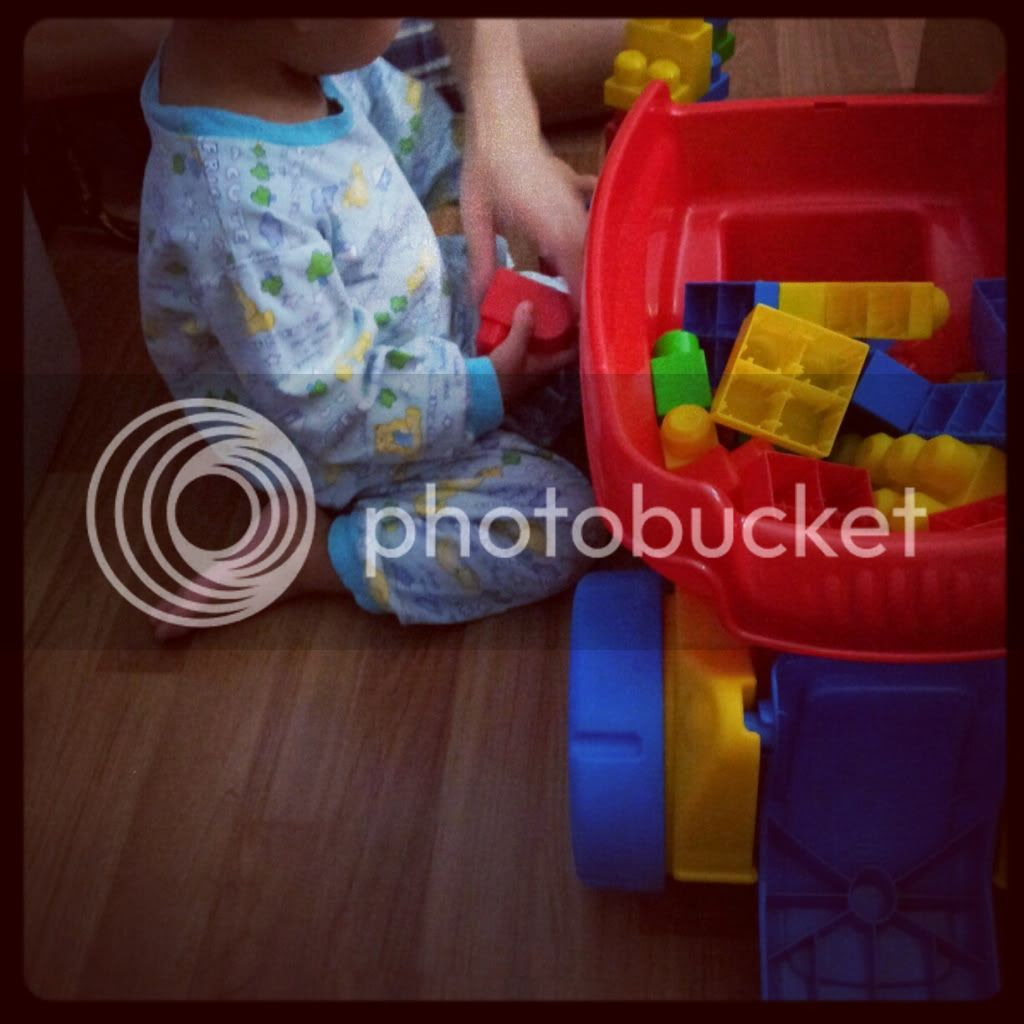 Bubs had a blast with the MEGA Bloks Fill & Dump Wagon. The blocks are a good size for his little hands and easier to put together. The wagon is a huge bonus for him, it's so cute to see him drag the it around on its wheels.

I was lost for words when I saw this. 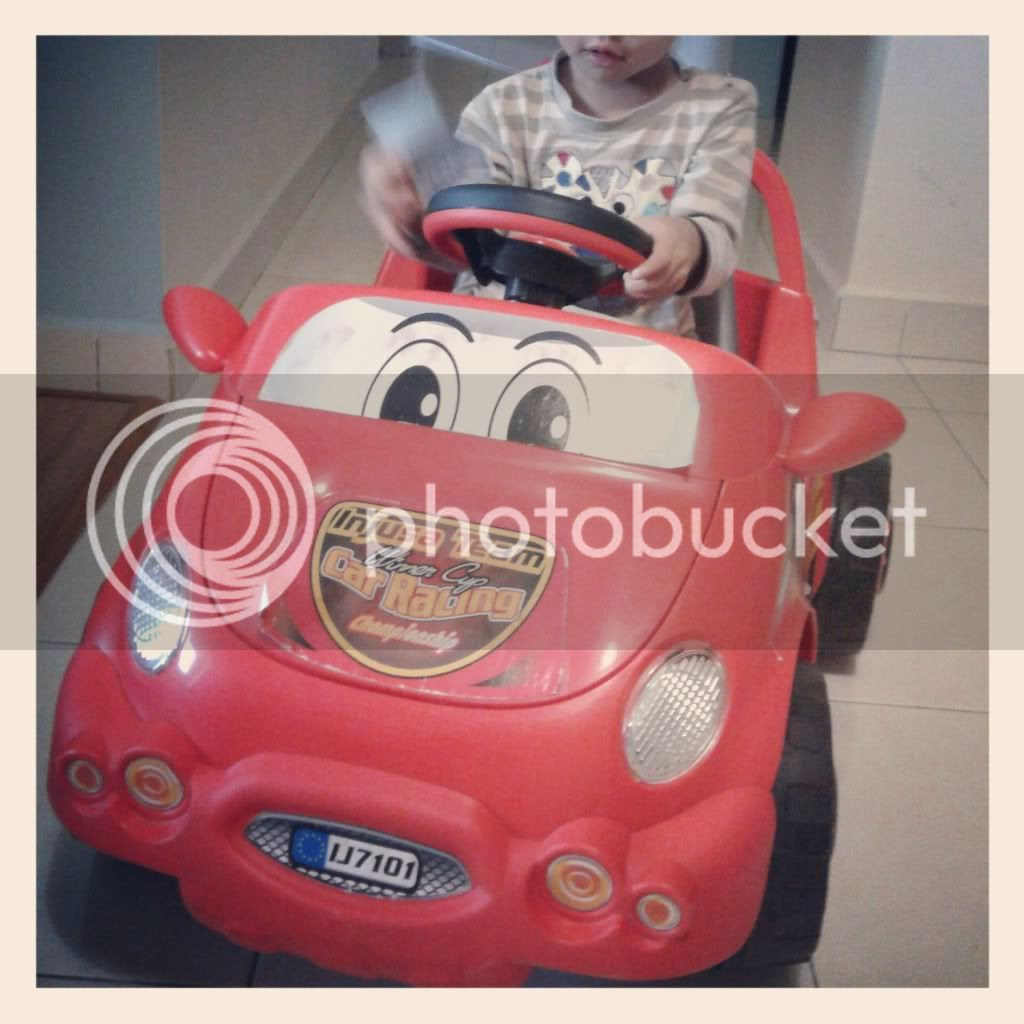 The Injusa electric car has to be the most generous hand me down she has ever given us and Bubs is in total lurrrve with this. It is very sturdy, easily charged and surprisingly fast. It has 2 gears: forward and reverse and when Bubs floor the pedal, it speeds off really fast that even Bubs is jerked to the back. He picked up the concept of changing gears but laughs maniacally whenever he hits walls or runs into us (very often). When asked to steer, he twists the steering wheel left and right frantically while being very heavy footed on the gas pedal. Safe to say, he won't be allowed to drive Hubs's car anytime soon ;)
Posted by The Nonya at 1:10 PM

Email ThisBlogThis!Share to TwitterShare to FacebookShare to Pinterest
Labels: toys