Bubs is attending a play school so the kiasu mum in me worries incessantly about his learning to read. Here's a snapshot of our reading journey so far with Bubs: 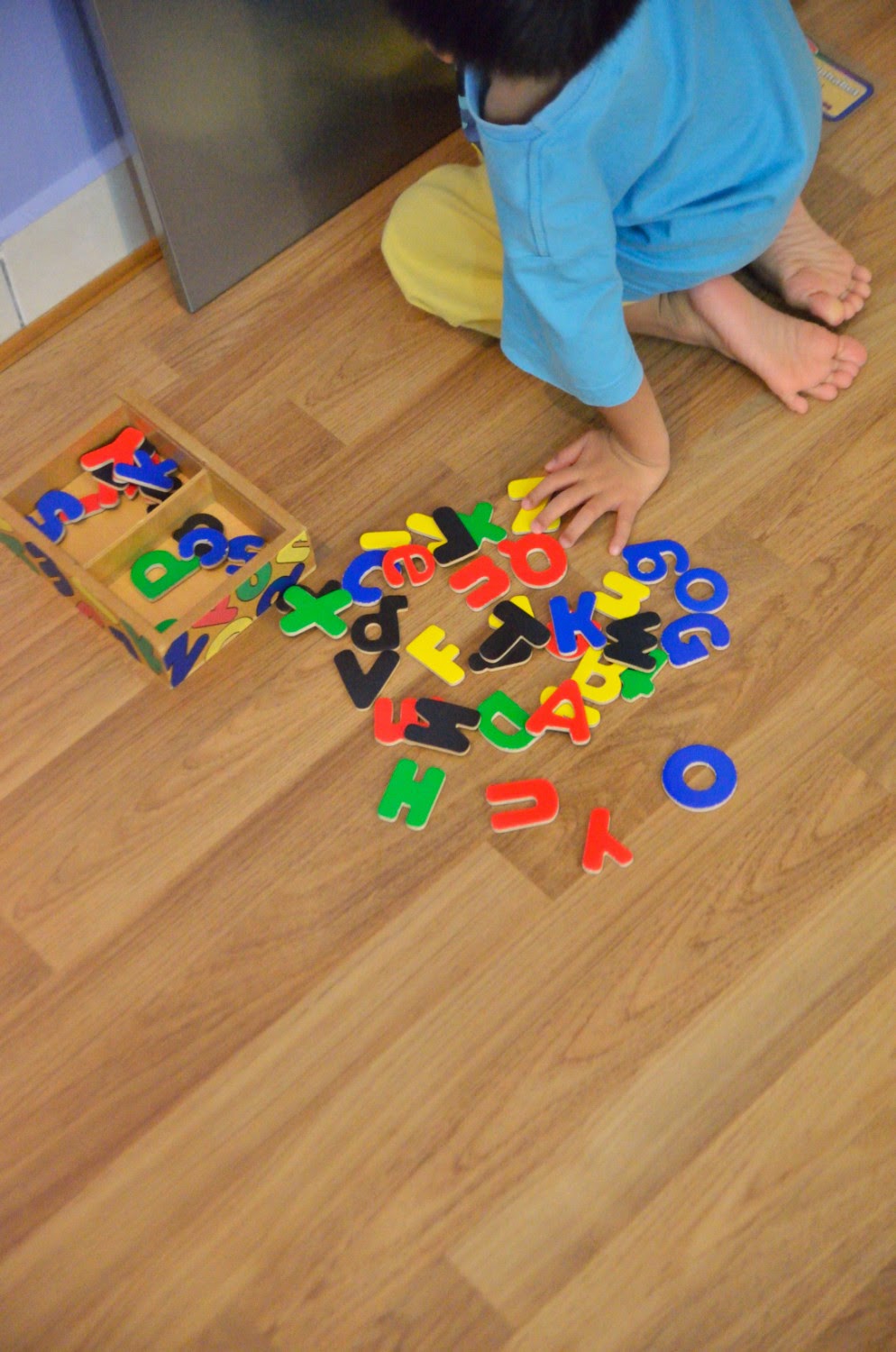 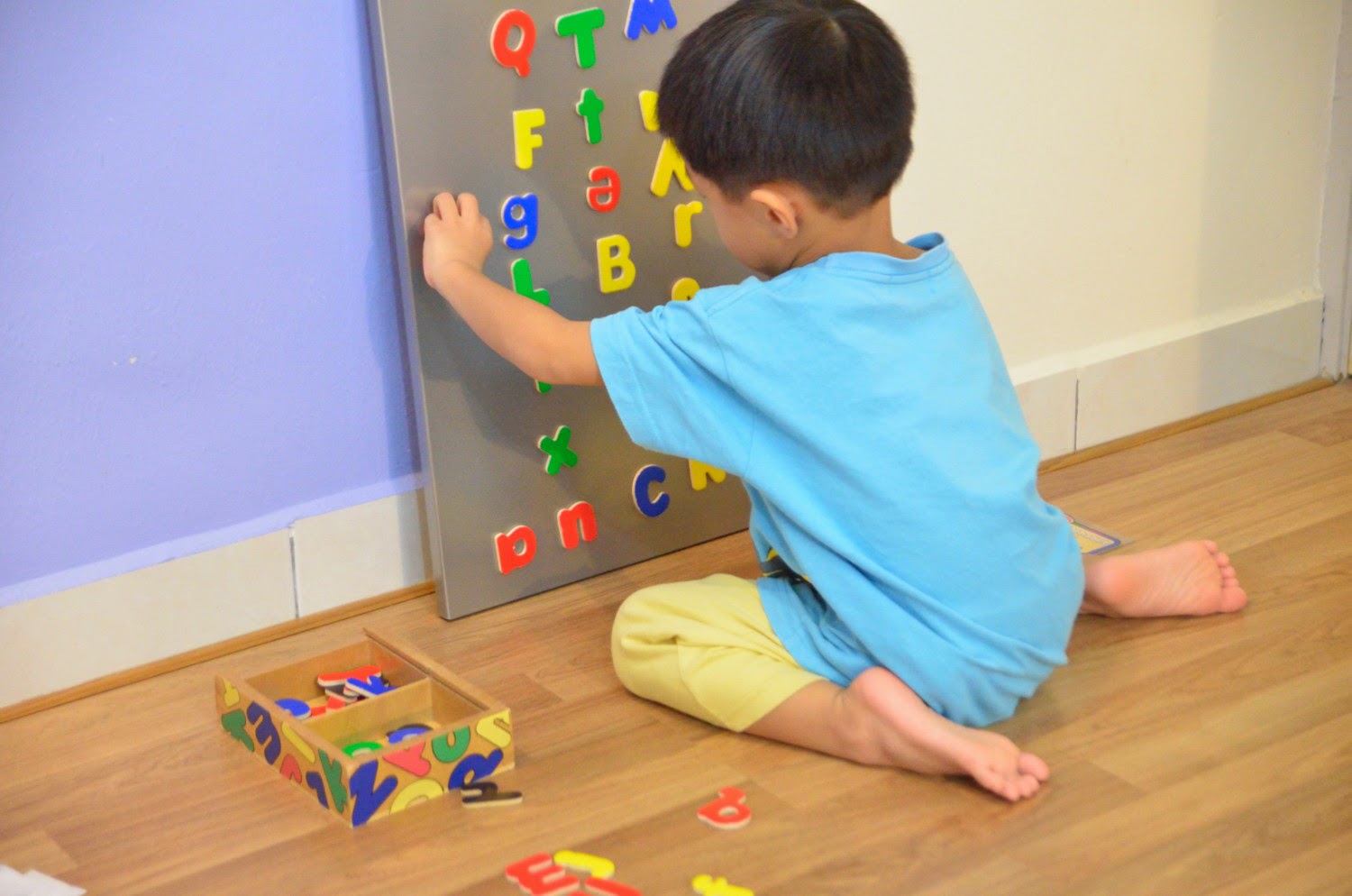 Phonics is a relatively new discovery for me so Hubs and I are learning along with Bubs. We try to keep letters fun for him by mixing the mediums. So far Bubs loves messing around with magnetic letters and shaving cream in the shower too. 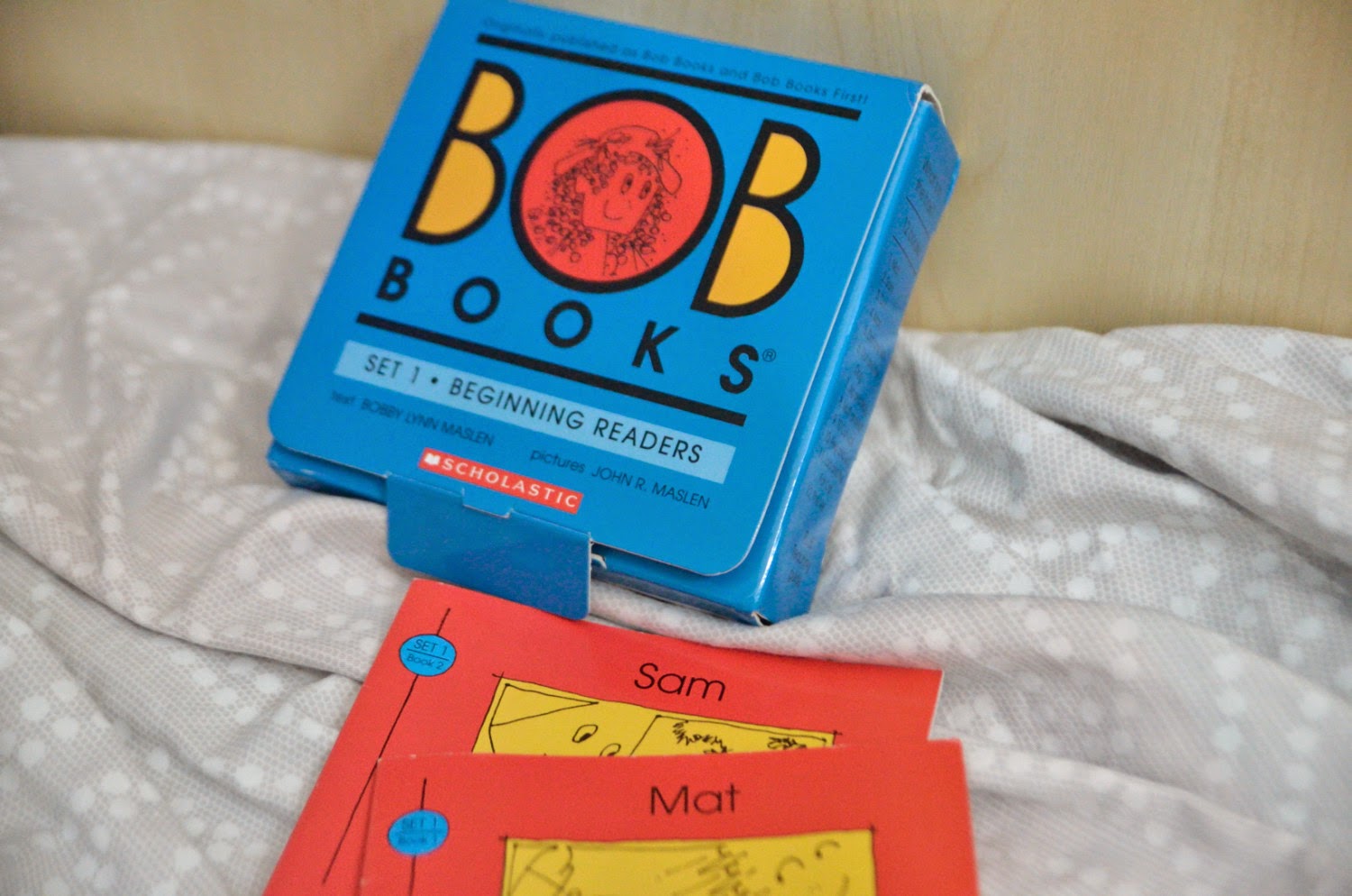 My aunt has been a huge help and support in our teaching Bubs how to read. One of the best bits of advice she gave us was to use Bob Books. I'd never heard of these before but bought them eagerly and after the first book, I can see why they are more intuitive for children to learn to read. You start out with the easier set of phonics, eg: M, A, T and are able to play around with the letters until you realise - voila - you're reading a sentence by yourself! 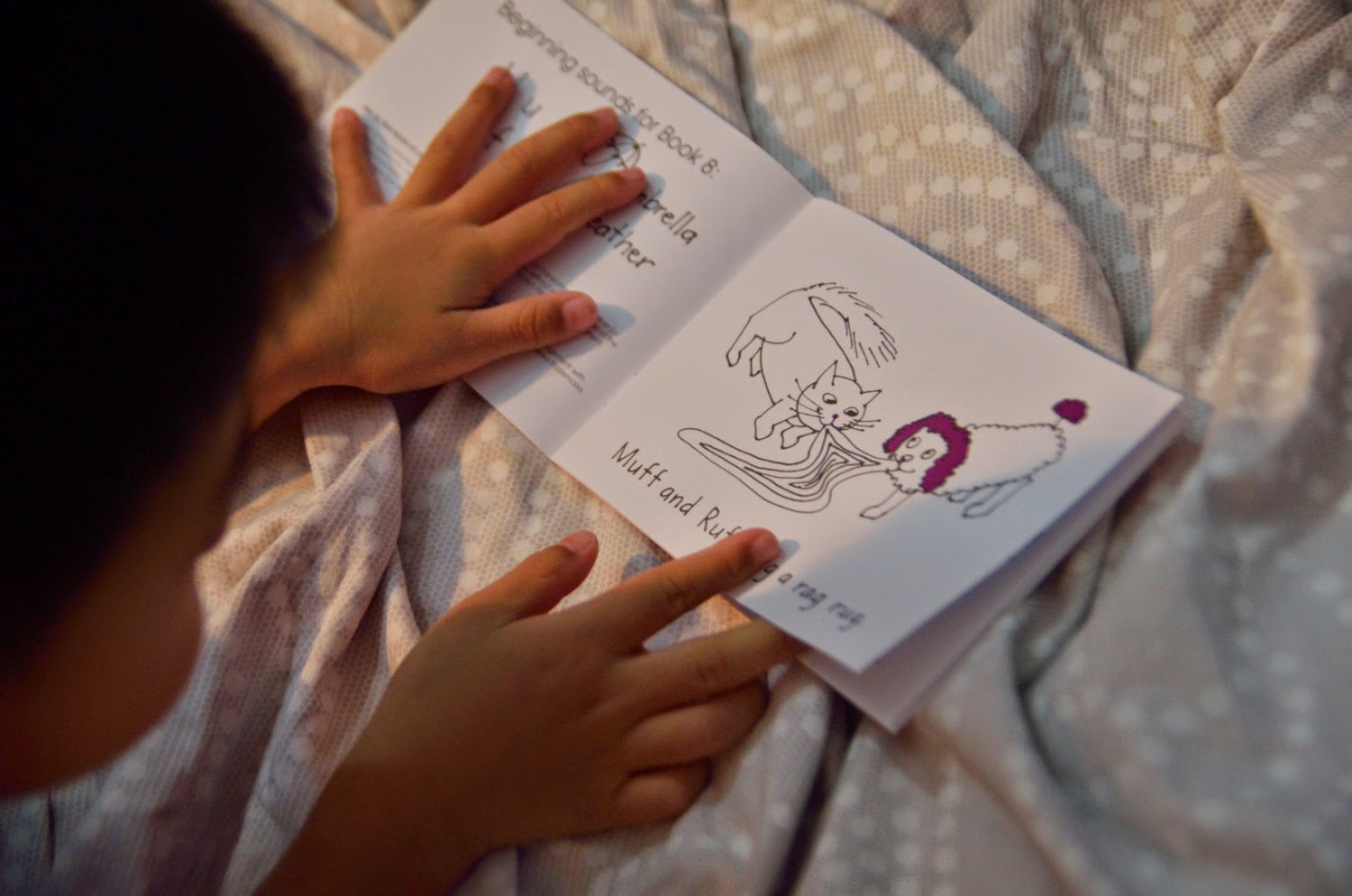 We're on Set 1 and these looks pretty promising. We don't read these daily, maybe every couple of days. Bubs is currently stuck at the U sound so we've been repeating the pages. The only gripe I have is that I wish the fonts were in a more consistent typeset instead of a handwritten style because Bubs sometimes find the letters confusing. 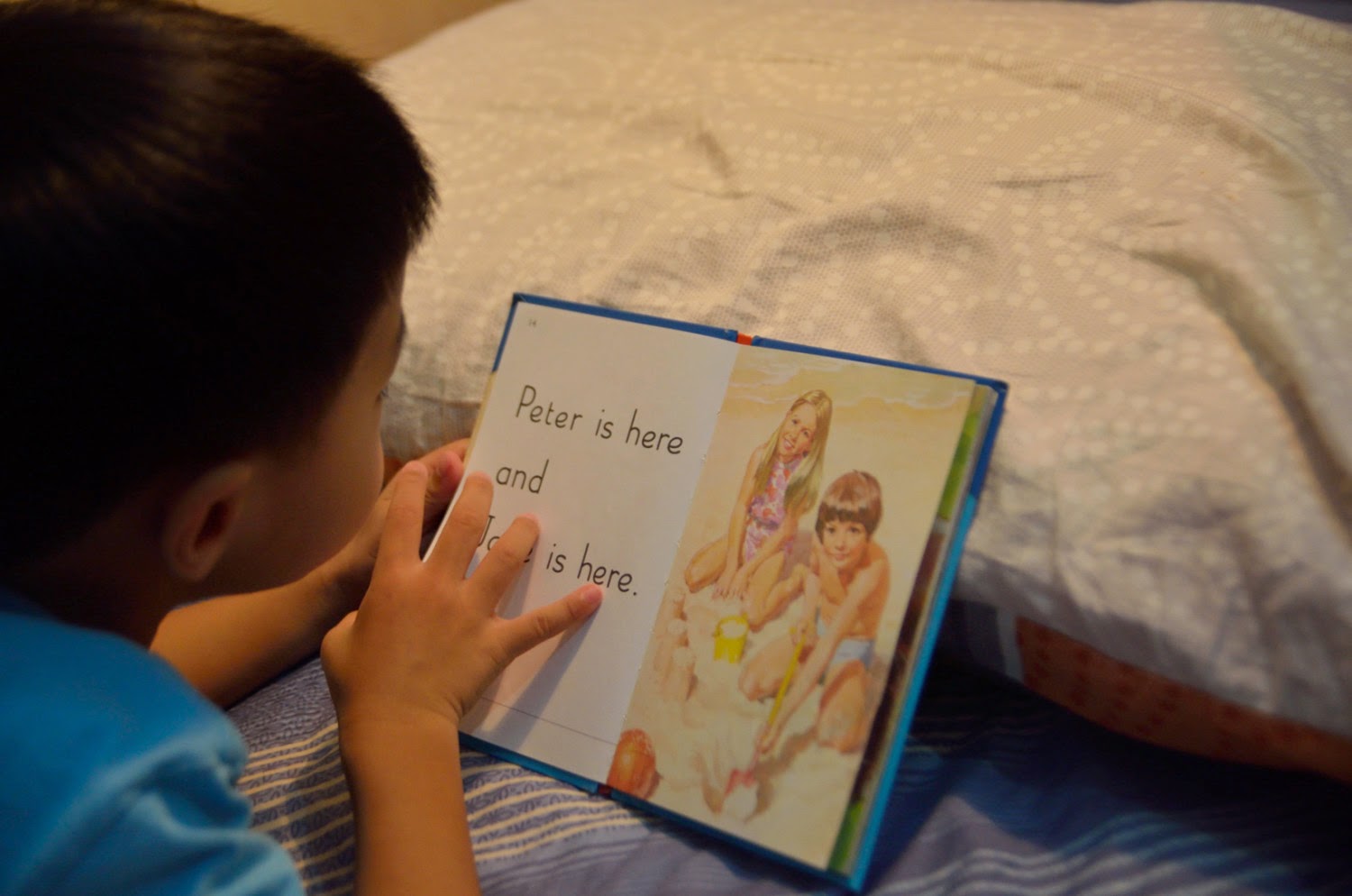 This is an even more kiasu experiment from my end. My mum taught me how to read using Peter and Jane - which in hindsight, seems to be focusing on word repetition so I decided to see how Bubs would fare with it, given that some of the words are a little tricky to sound out using phonics for a beginning reader, eg: likes, here, shop.

Bubs seems very taken with the vintage illustrations and enjoys reading a few pages here and there. I suspect he memorises the words instead of sounding them out (as he would with Bob books) so I'm keen to see if I write out the words Peter, Jane on paper and without opening the book ... would he be able to read them?

Enough of messing around with Bubs :) 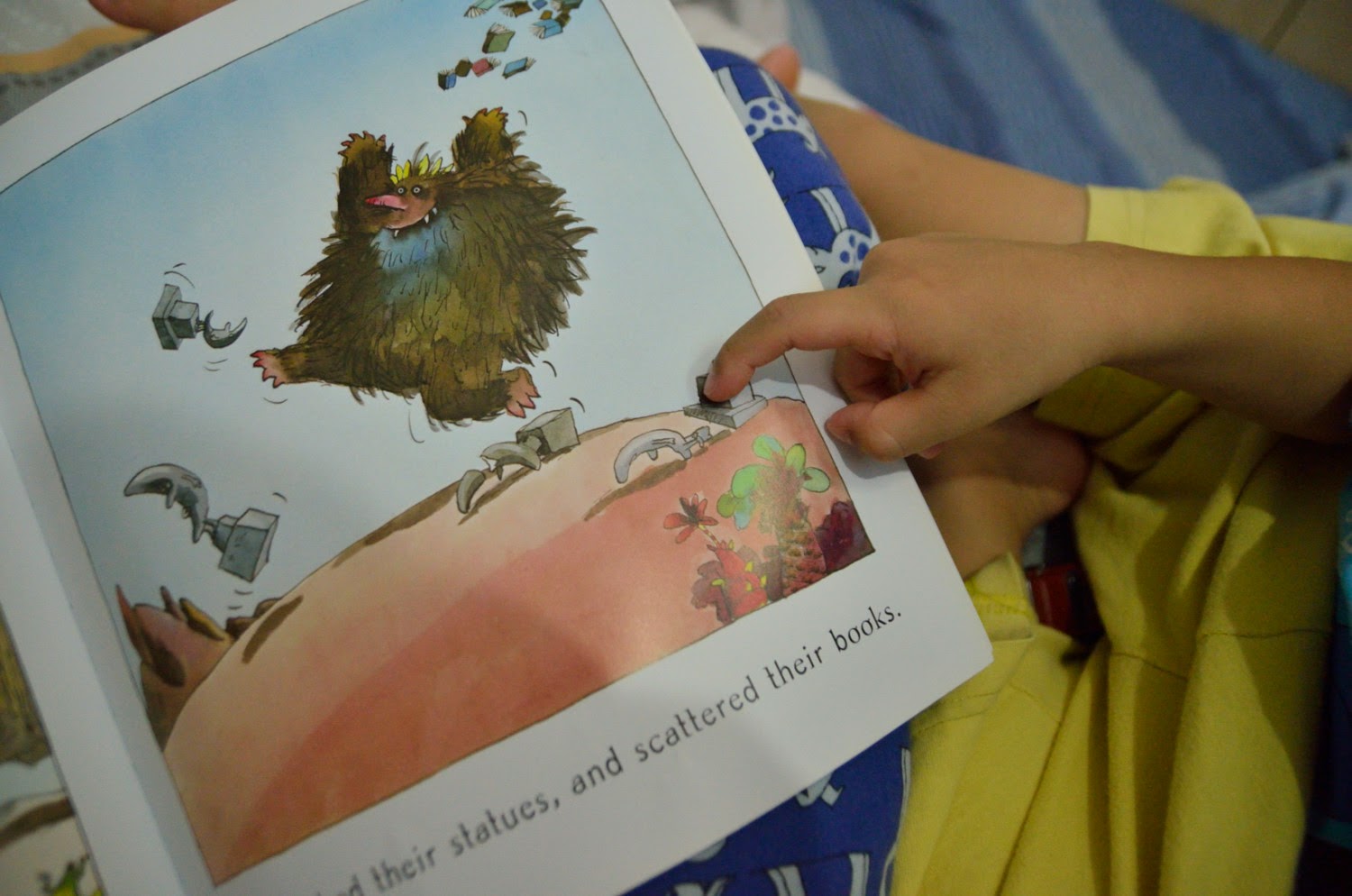 Now onto my favourite time of the day: the bedtime storybook ritual. I particularly love picture books that stretch the imagination and have fabulous illustrations (this is Tony Ross's I'm Coming to Get You). We haven't tackled Grimm's fairy tales because I find them a tad too gruesome yet for Bubs - how do you explain why Hansel and Gretel's parents abandoned them in the middle of the forest?

I don't touch on the learning to read part during this time, it's more of a story telling, ask questions about the story, admire the interesting pictures kind of thing. Now and then, I'll maybe point at a word that he knows how to read and ask him what it says, to boost his confidence and to bridge the link between his learning to read books and picture books.
Posted by The Nonya at 10:24 PM