As Bubs had a great time at our workplace's Family Day last year, we decided to drop by again this year. Unfortunately the haze was sooo bad this time around *boo hiss* and we'd to skip the 2km walk. 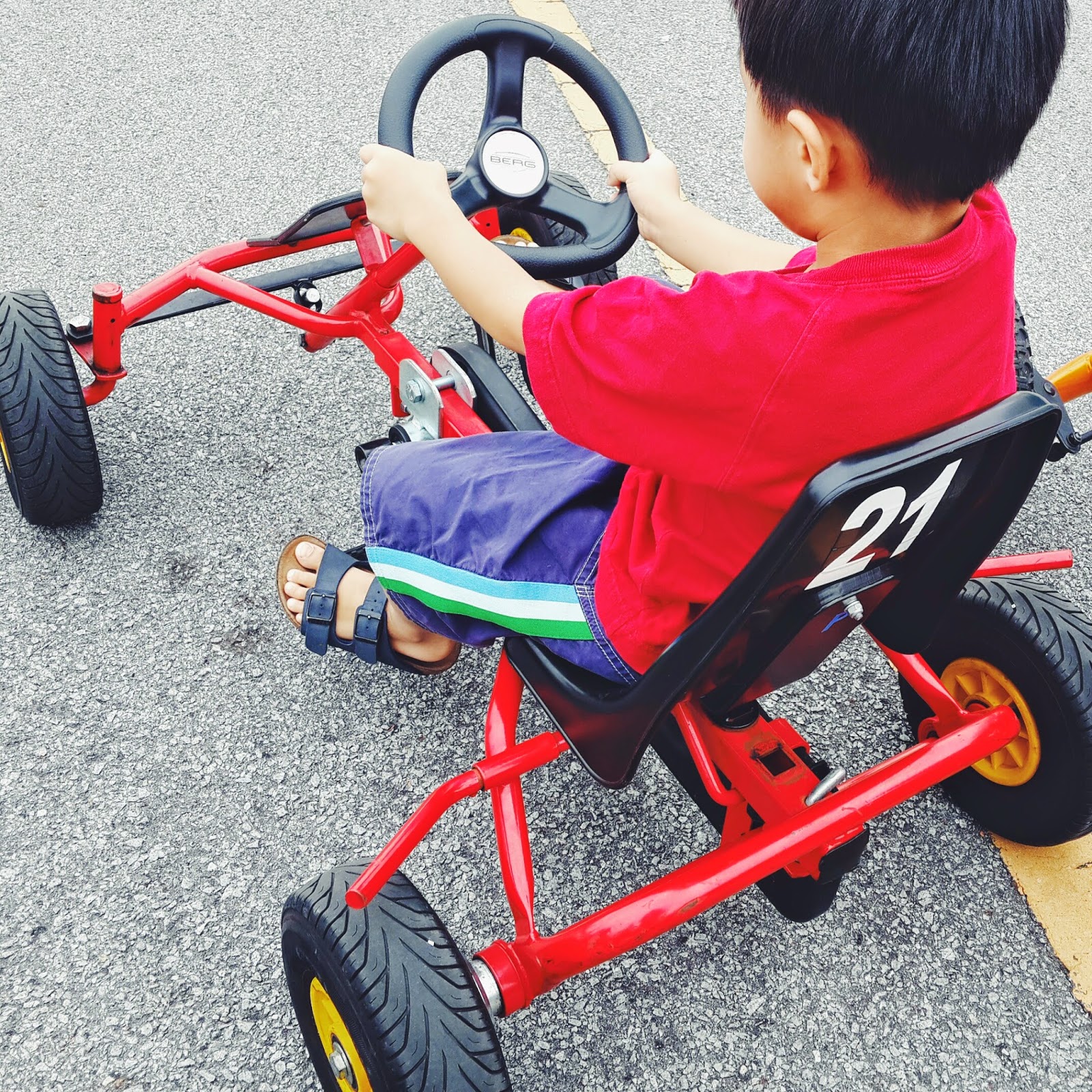 Bubs eagerly went for the go karts ... until we realised that he didn't know how to pedal. We tried showing him how to move his legs round in circles but I think it was a little too challenging for him so he gave this up pretty quickly. 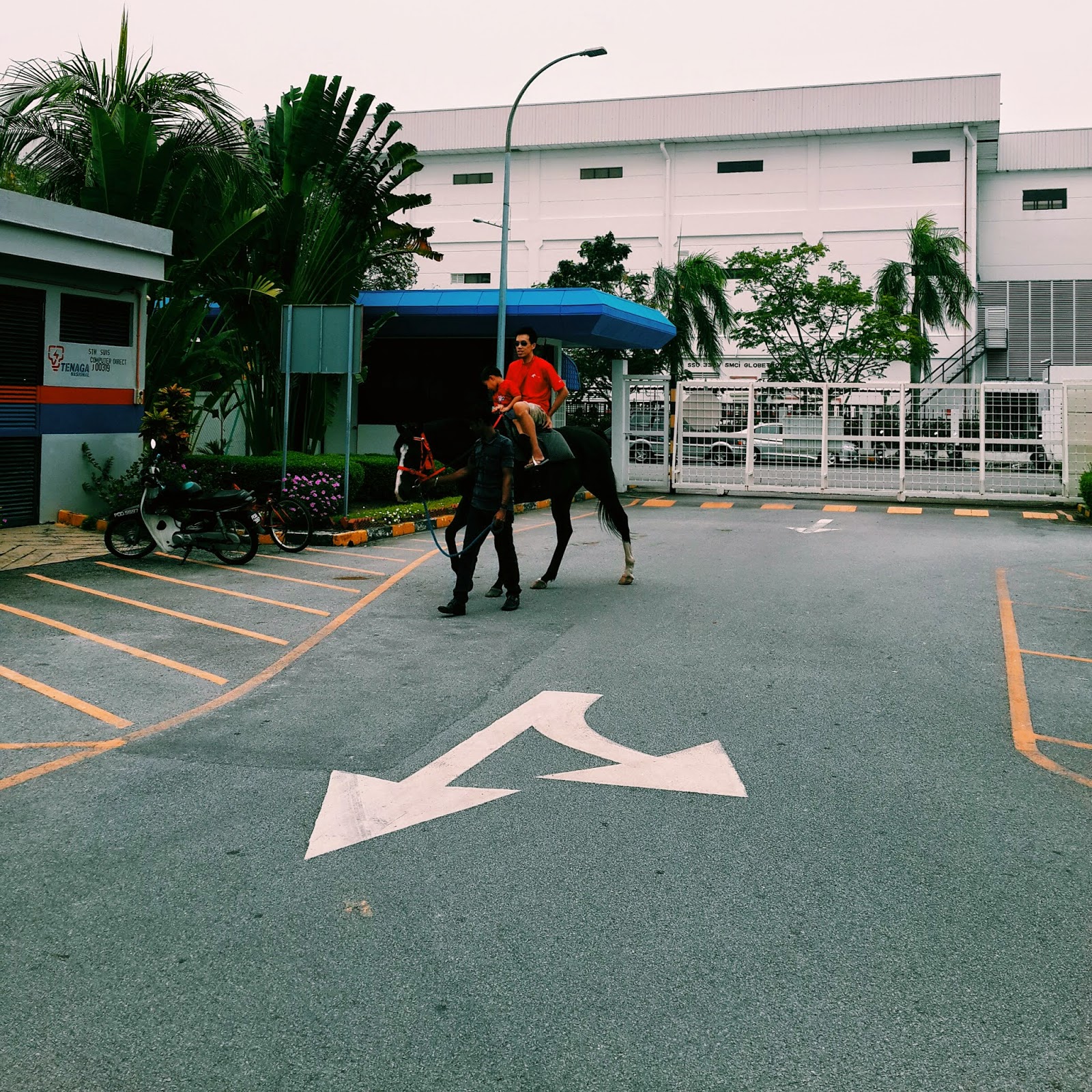 I gave Hubs a piece of my mind when he initially wanted Bubs to go on the horse ride all by himself. Men! 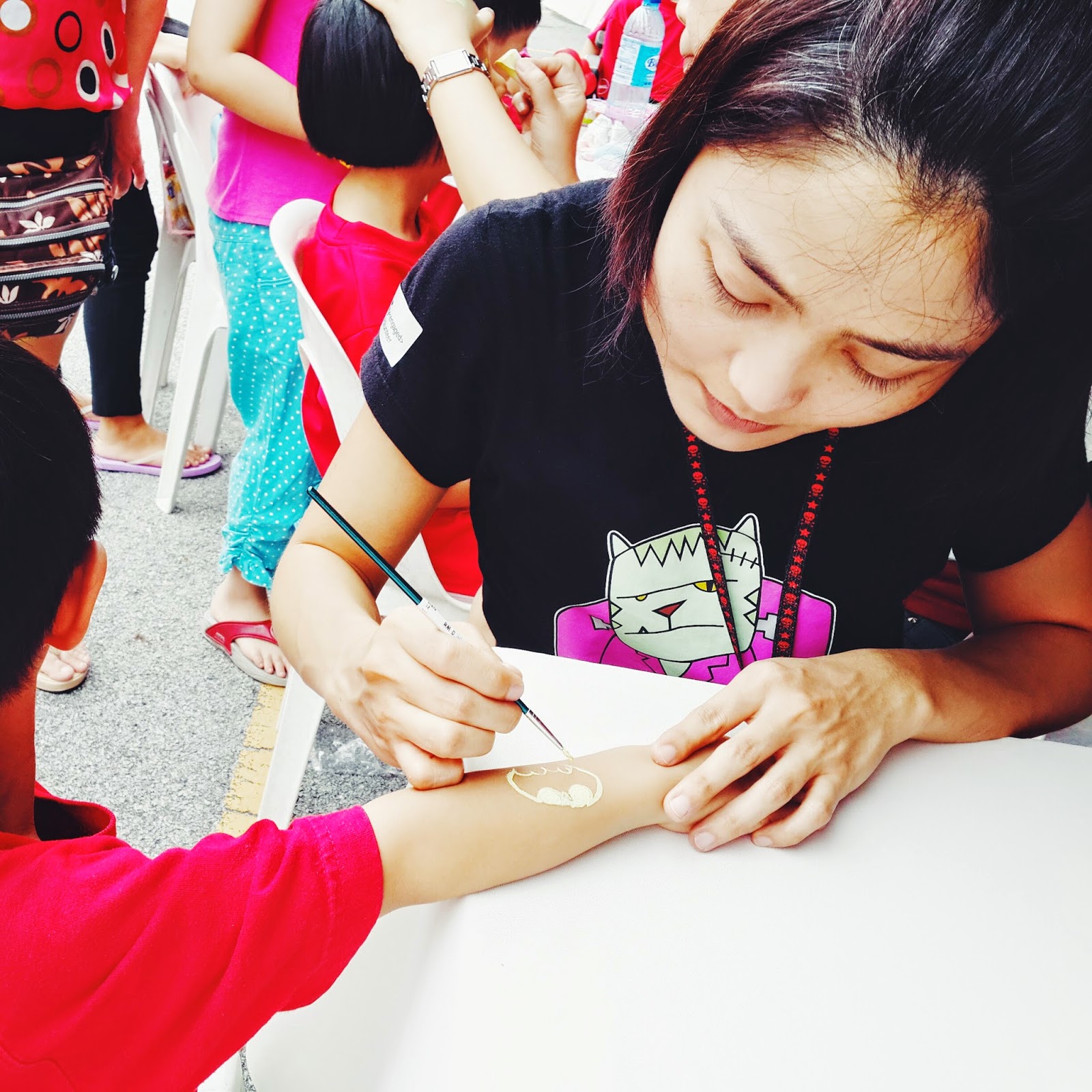 Somebody was thrilled to bits with this Batman painting. He pouted a little because he wanted a full face painting like a mask so I cheered him up by asking him, does Bruce Wayne go around telling everyone his secret identity? Wide-eyed and struck by the realisation, he shook his head.

And ... what I thought was the best part of the day, though Bubs might beg to differ ... 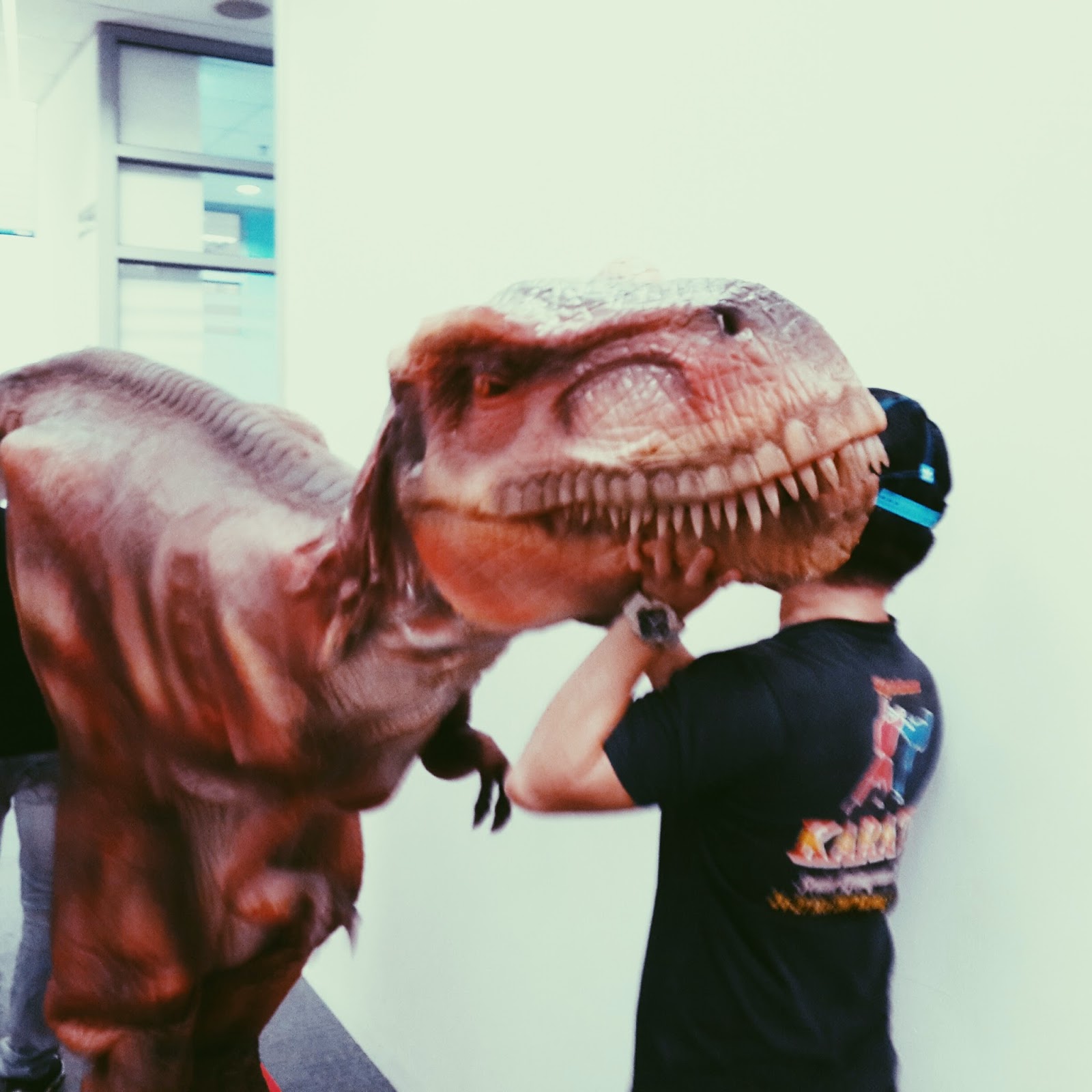 A life sized walking dinosaur complete with pre-recorded roaring sounds. To say that Bubs freaked out would be an understatement. 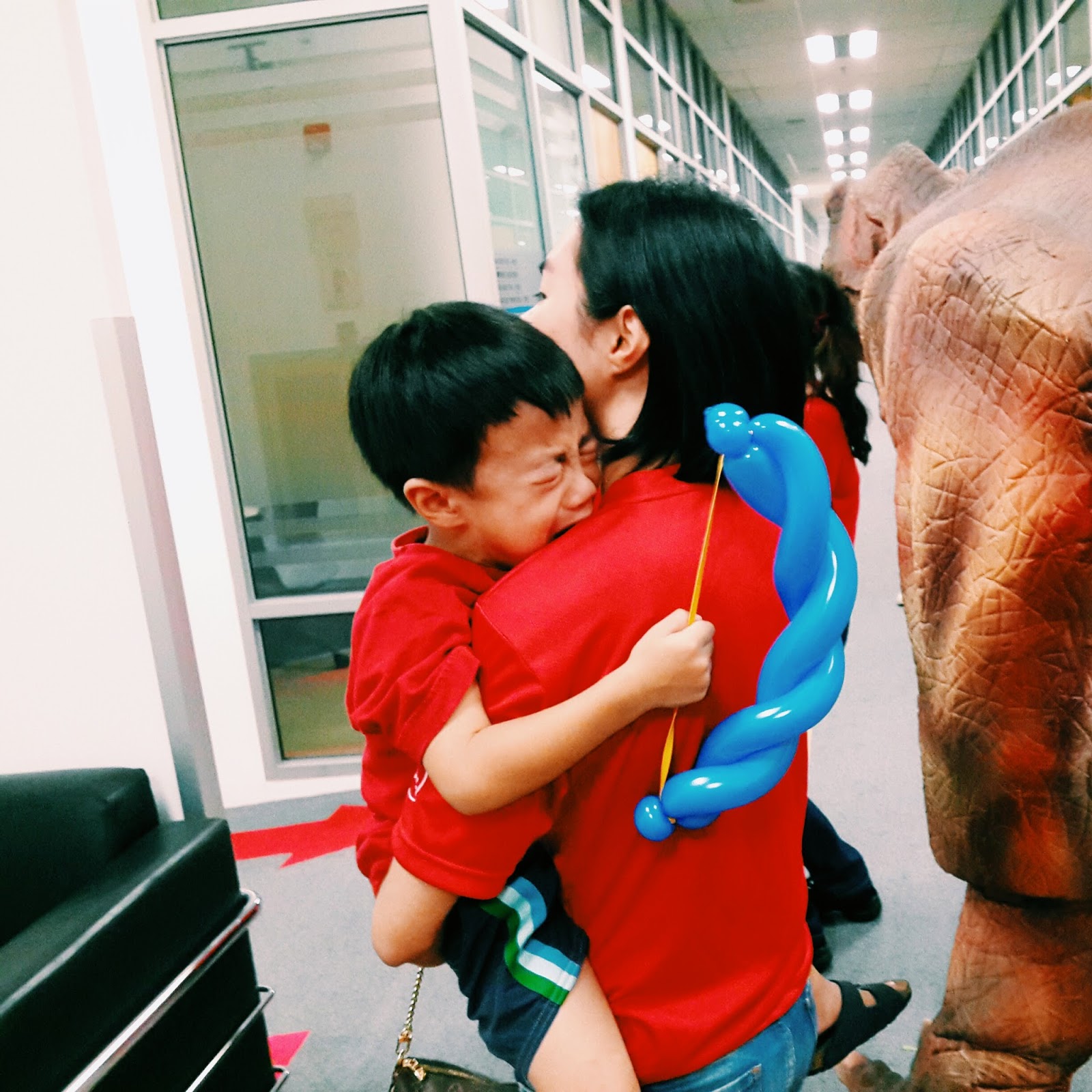 He screamed his little lungs out, scrunched up his face and cried incessantly.

Bubs: Mummmmy, I don't want the dinosaur to eat me!
Me: Don't be silly. The dinosaur's tummy is already full from all of the children it ate earlier.
Bubs *wails louder*

Hubs thinks that this qualifies me for Mum of the Year :)
Posted by The Nonya at 10:39 AM