Do You Want to Build a Snowman?

Bubs is enamoured by the animated movie Frozen and sings along each time the radio plays Let It Go so this post came in handy at the right time. I've just discovered Tesco brand shaving foam (RM4) and we've been playing so much in the shower so he was thrilled to be painting with it. 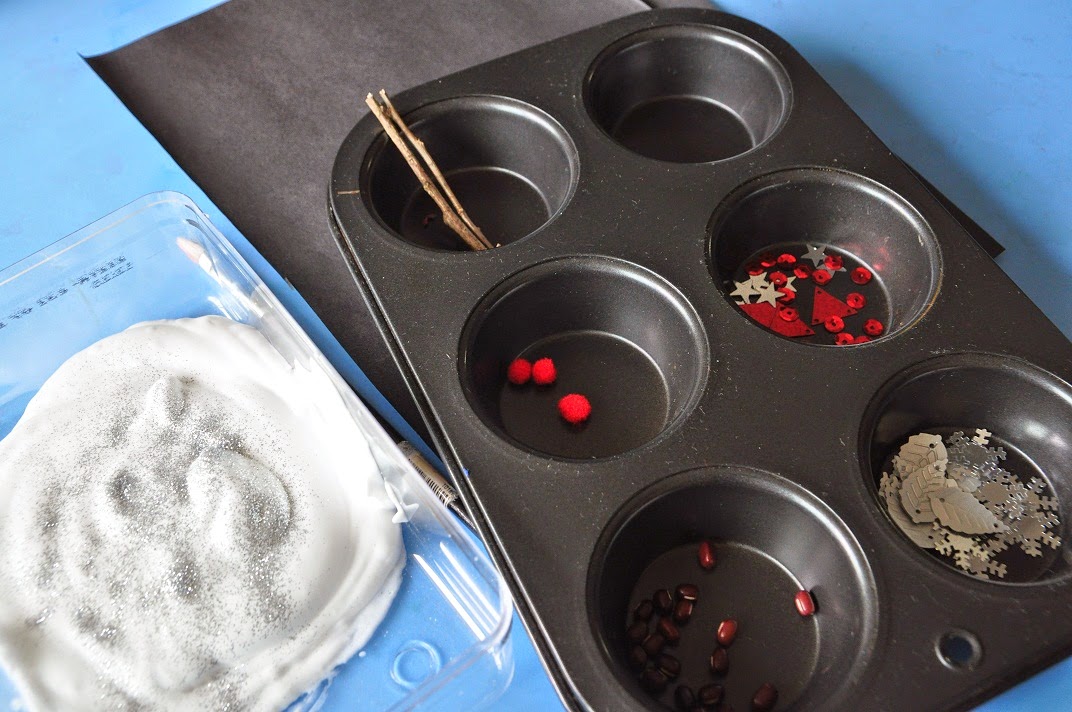 I played Do You Want to Build a Snowman on Youtube for Bubs to watch as I mixed equal amounts of shaving foam and white glue together followed by a sprinkle of glitter. Okay - I'd never watched Frozen before and I thought it would be a happy song - I'd no idea it'd be that sad! 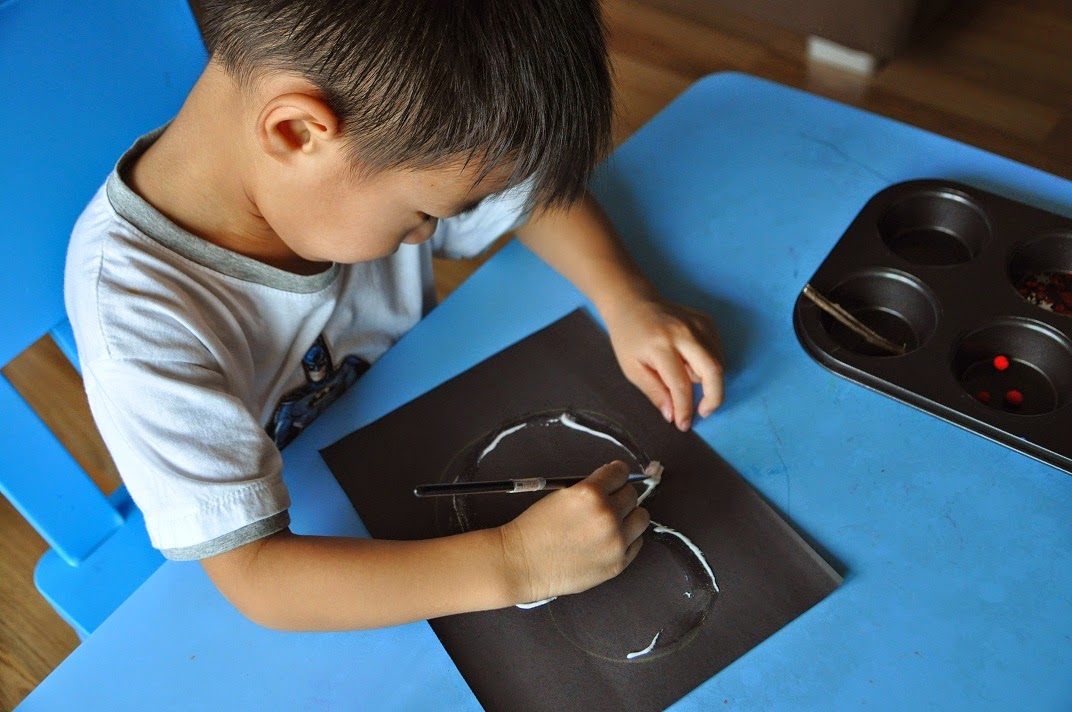 Bubs requested me to sketch the outline of a snowman on the black construction paper so he could paint within the lines. He surprised me by doing a surprisingly good job of keeping within the lines. However, the puffy paint mixture is not the easiest medium to work with and was very streaky. The paint was uneven, plus Bubs kept rubbing hard at the empty spaces with the brush that I was a little worried he might rip a hole into the paper and have a meltdown. 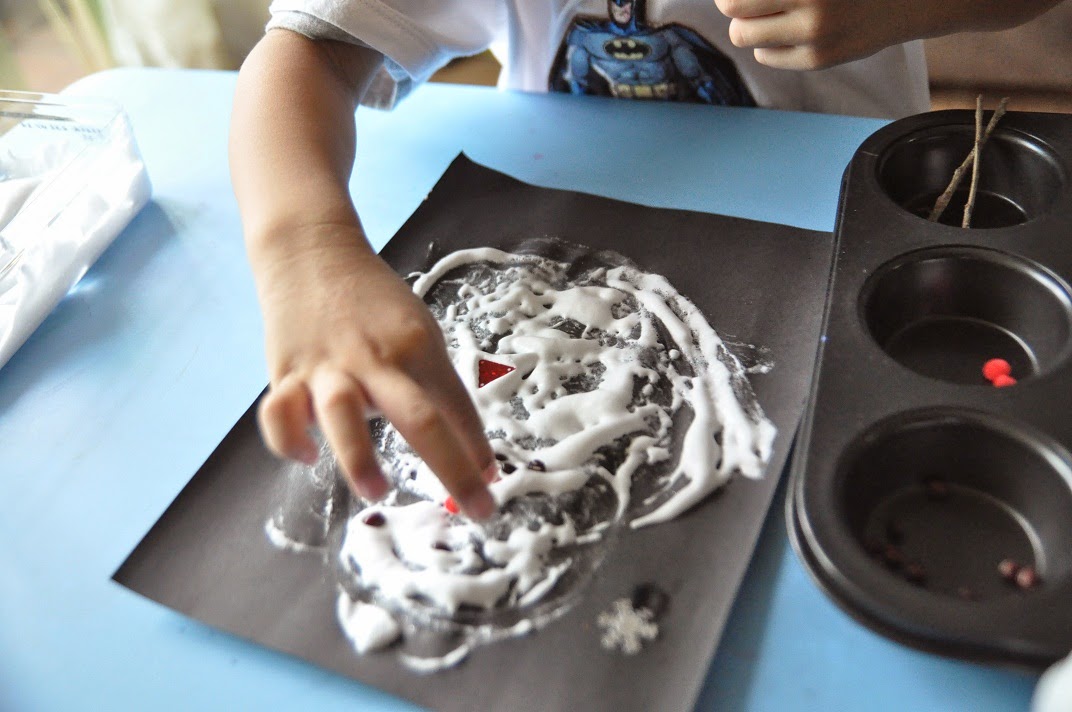 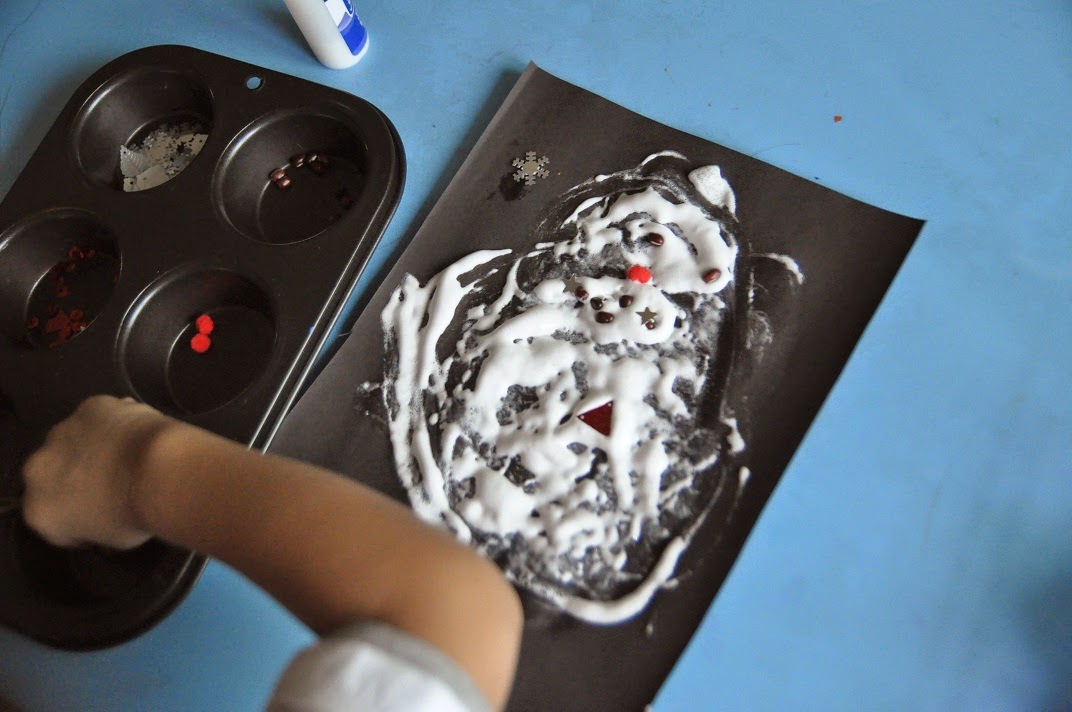 I helped him coat the paint on some spots so he could stick the embellishments on his snowman. I'd some Christmas-y sparkles leftover from last Xmas so he picked out some silver snowflakes, glittery triangles, mini red pom poms and really enjoyed himself decorating it. 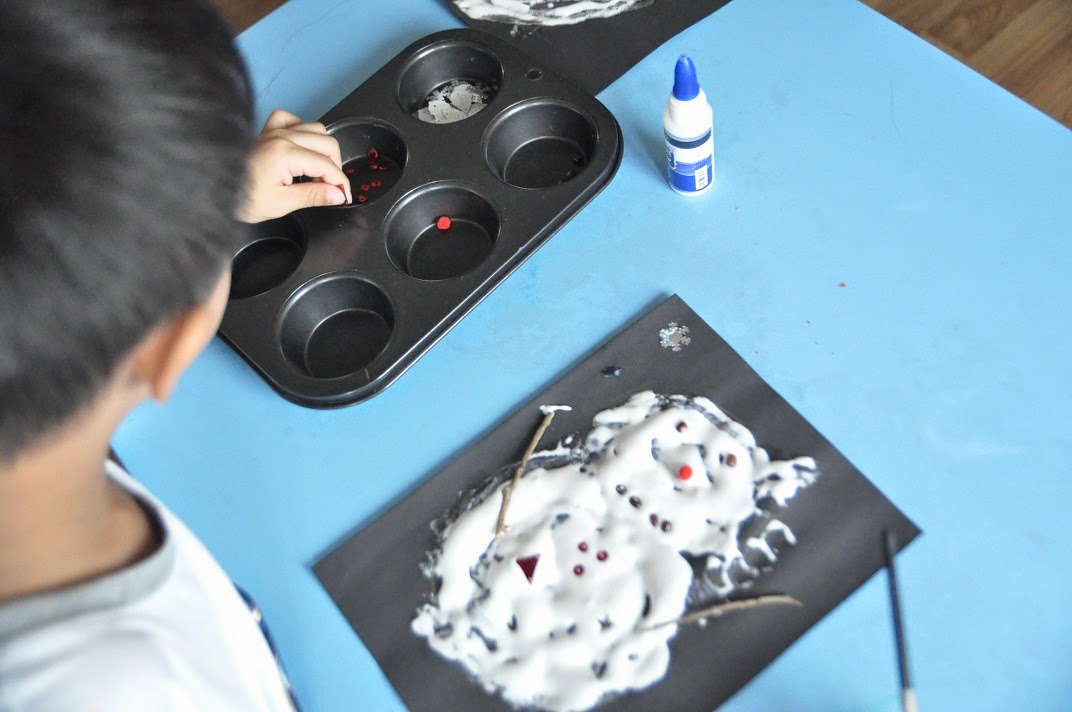 Since we had enough puffy paint leftover, this time around, I helped him paint the snowman evenly which really helped when he started sticking the embellishments on. He had so much fun! Do you want to build a snowman? ;)
Posted by The Nonya at 3:55 PM