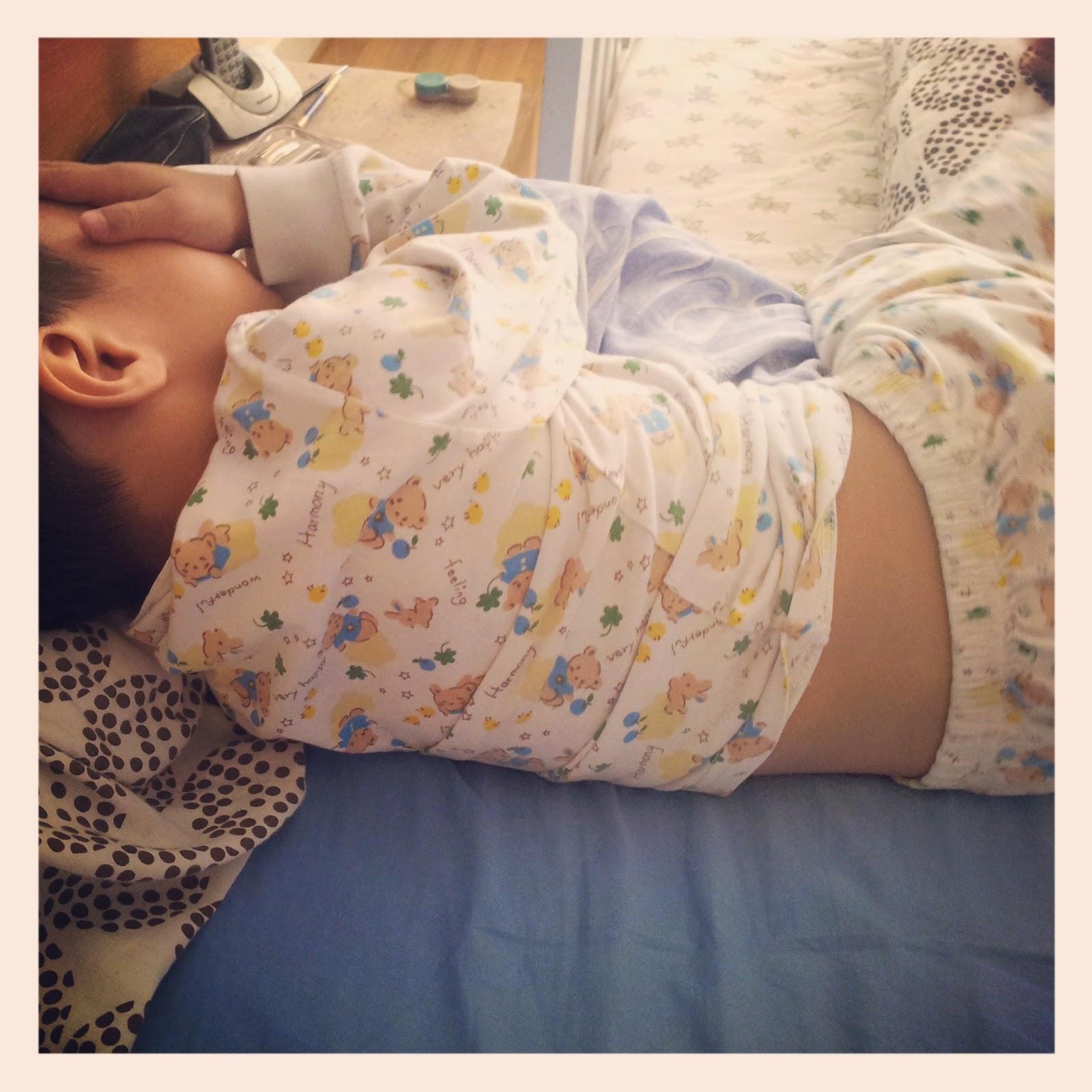 We've reached yet another milestone which makes me feel thrilled that Bubs is now toilet trained at night ... and wistful that my little baby is growing up so fast. Night toilet training was something that Hubs and I have been postponing for quite a while because we usually have night conference calls so we dreaded the idea of getting up in the middle of the night to wake Bubs up to go to the loo.

After we've finished yet another huge packet of Mamy Poko, Hubs put a stop to it and said no more diapers. Period. I grumbled, I groaned, I tried to persuade him to re-consider, maybe a few more months later, Bub's bladder would be stronger enough to sleep through the night but Hubs was adament. We spoke to Bubs about it, repeatedly reminding him that he could no longer wee in his bed and Bubs kept saying okay.

Hubs actually set an alarm to wake up in the middle of the night just to get Bubs to go to the loo. I blissfully slept through it so it fell to Hubs to do the dirty work ;) The first few times were comical, Hubs would wake up Bubs and as Hubs turned his back to get out of the bed, Bubs flopped back into bed like a starfish and continued snoring.

It is now Day 5 and with the exception of one incident (note to myself: cut out heavy liquids before bedtime), Bubs has been proudly diaper free! I've promised him a special something if he's able to keep this up ;)
Posted by The Nonya at 8:53 AM