Every kid starts out as a natural-born scientist, and then we beat it out of them. A few trickle through the system with their wonder and enthusiasm for science intact.” - Carl Sagan.

This quote is the reason why I'm so adamant about giving Bubs the gift of curiousity and wonder. What better way to do that than through on hands experience?

We loosely based this ice and salt experiment on this post. I asked Bubs how would you tie a piece of string around an ice? 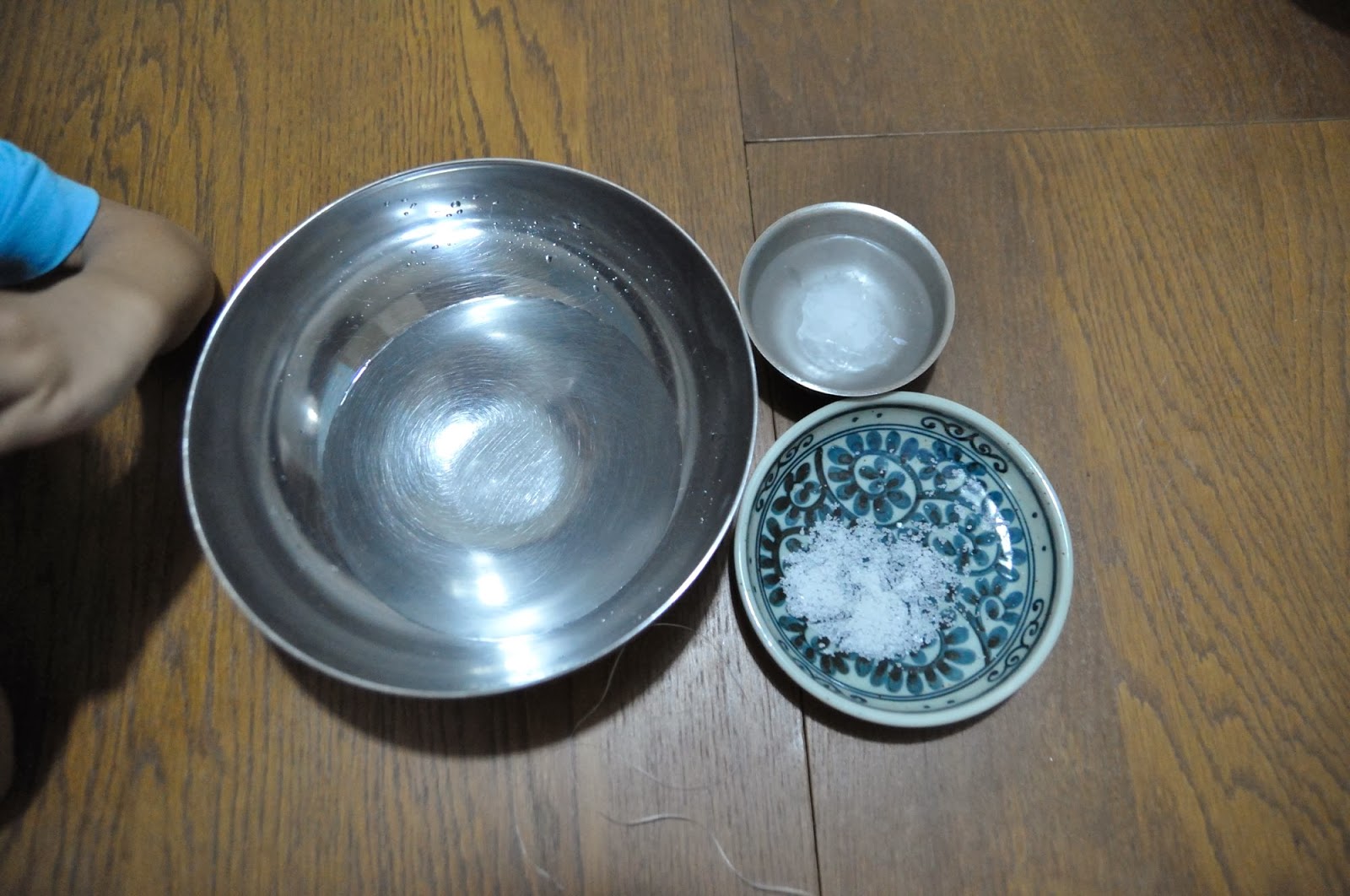 We set out our supplies to solve this puzzle.

You'll need:
An ice block
Some salt
Piece of string 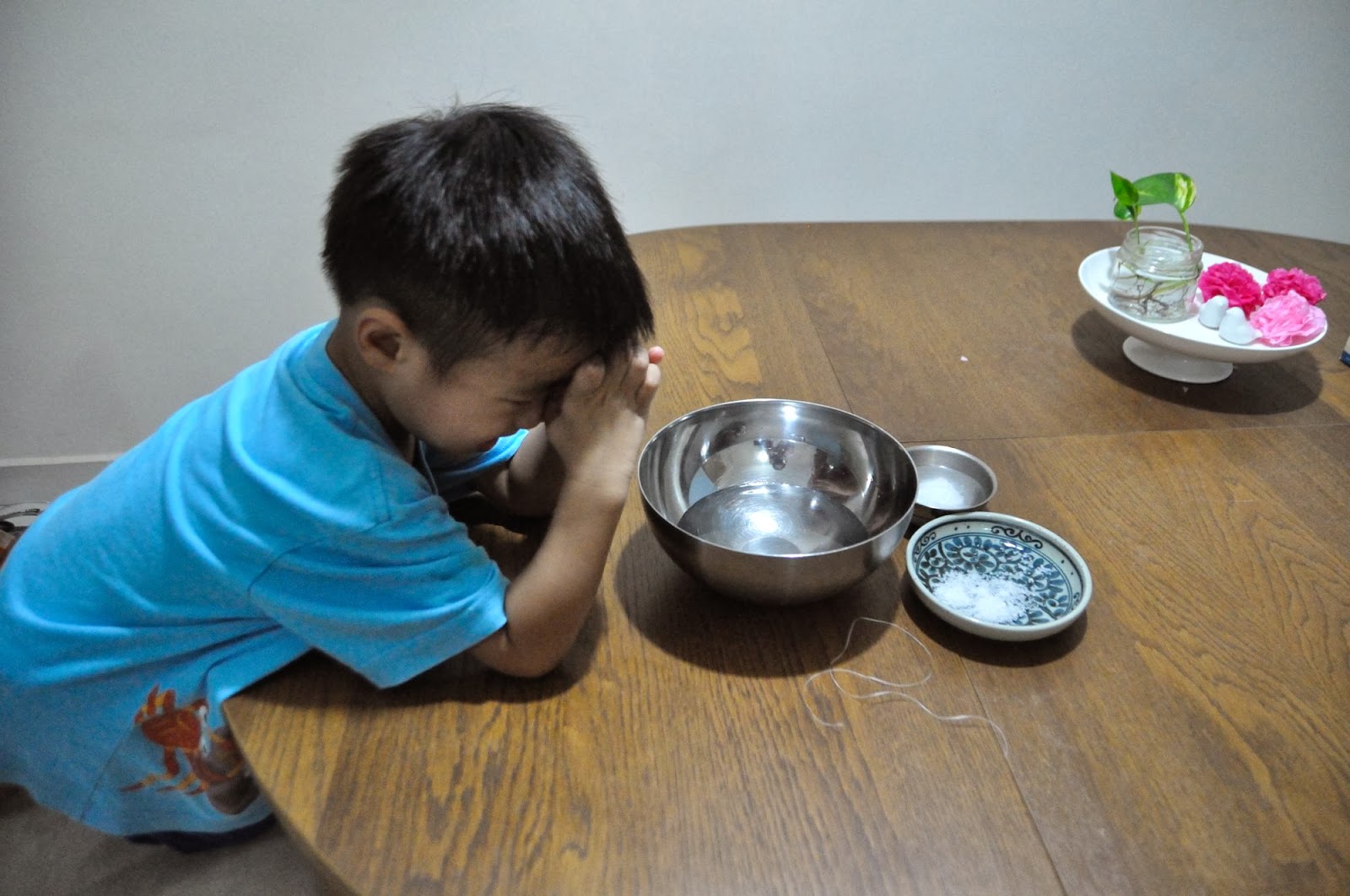 And of course, a photographer to document every step ;) 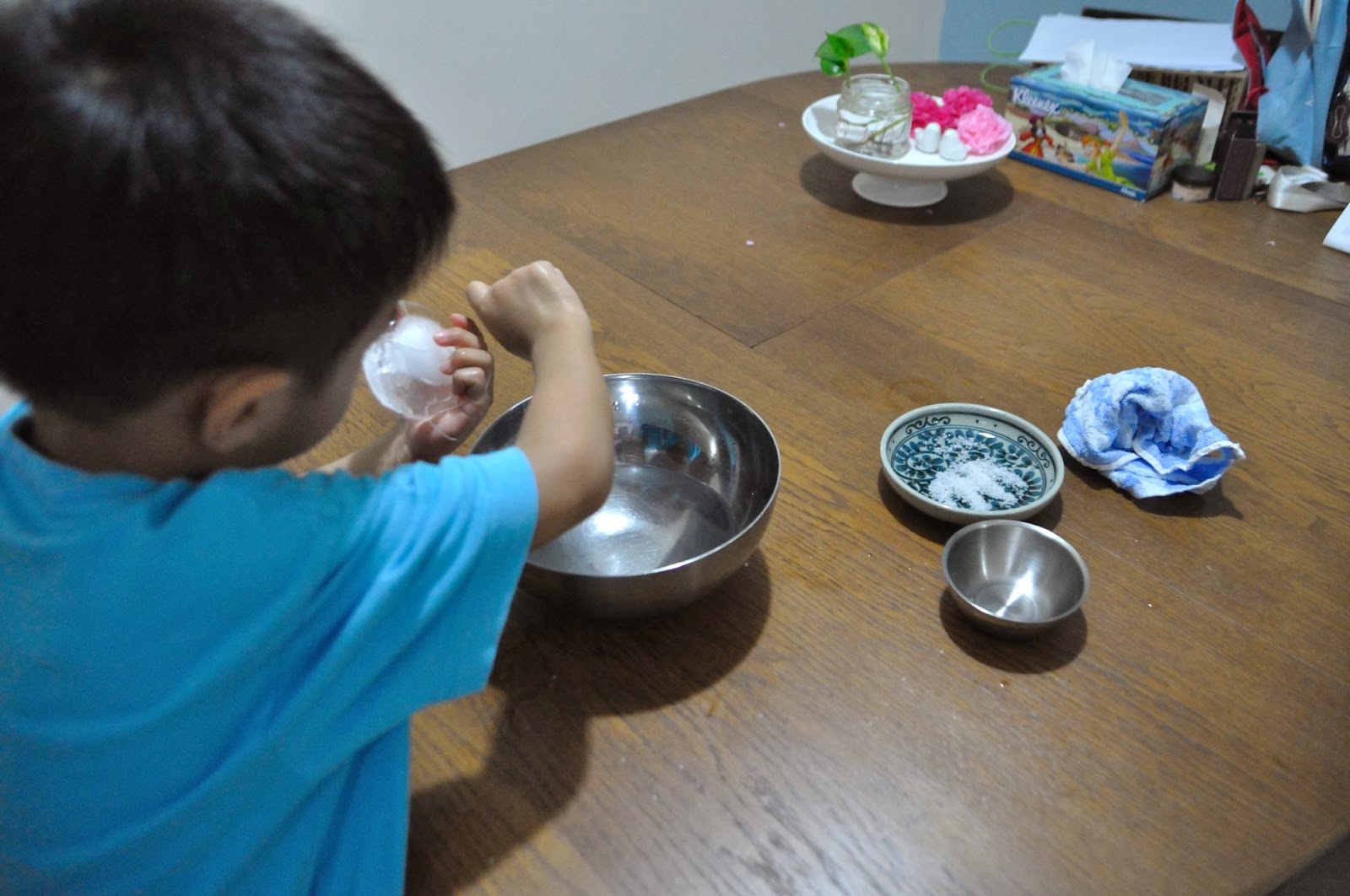 We talked about water, what would happen in you put water into the freezer and if an ice block felt hot or cold. Then Bubs set off to do his task, attempting to tie a piece of string around the ice. 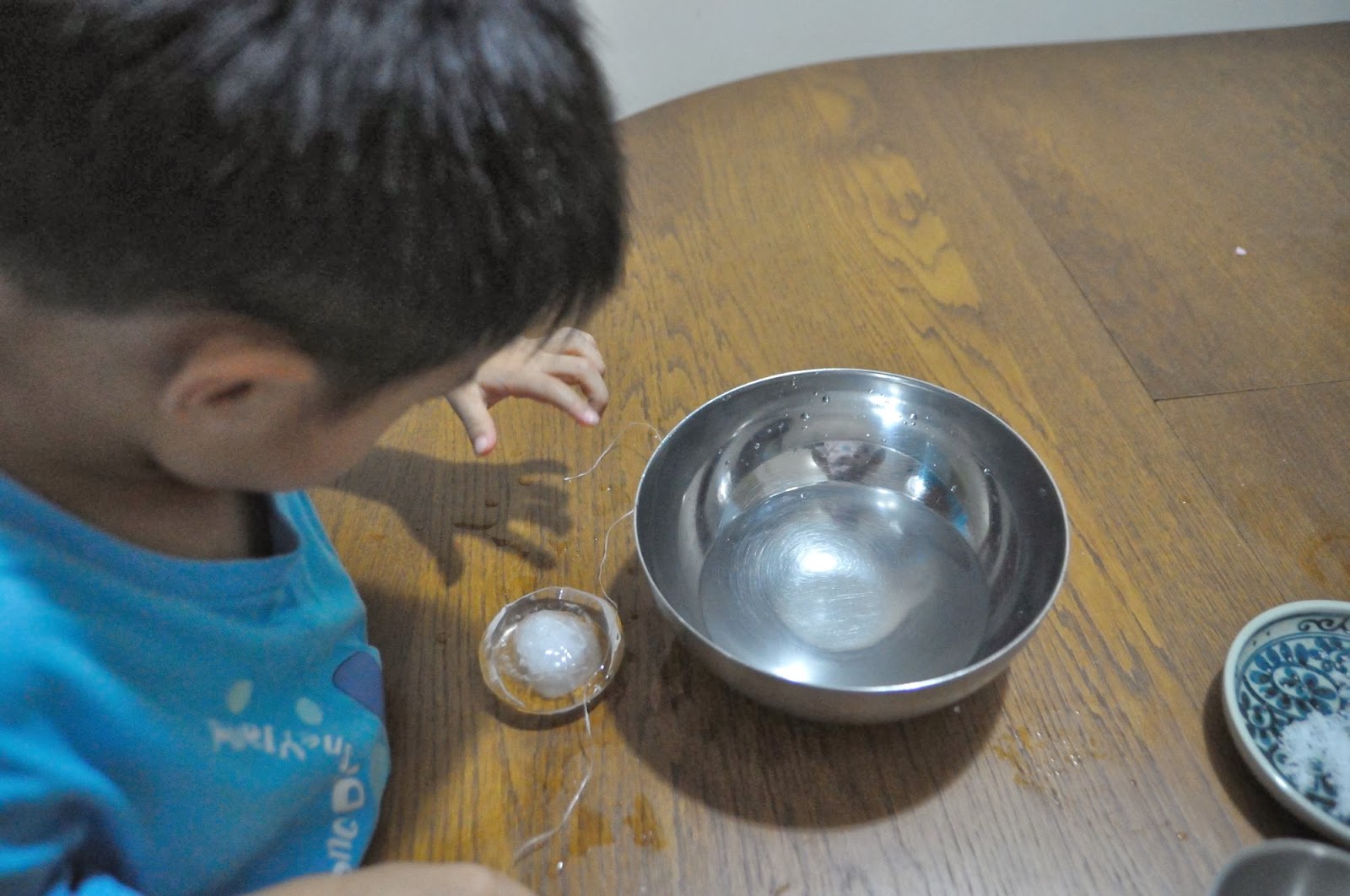 It slipped out of his hand and then frustrated, he put the ice on the table and attempted to wrap the string around it. 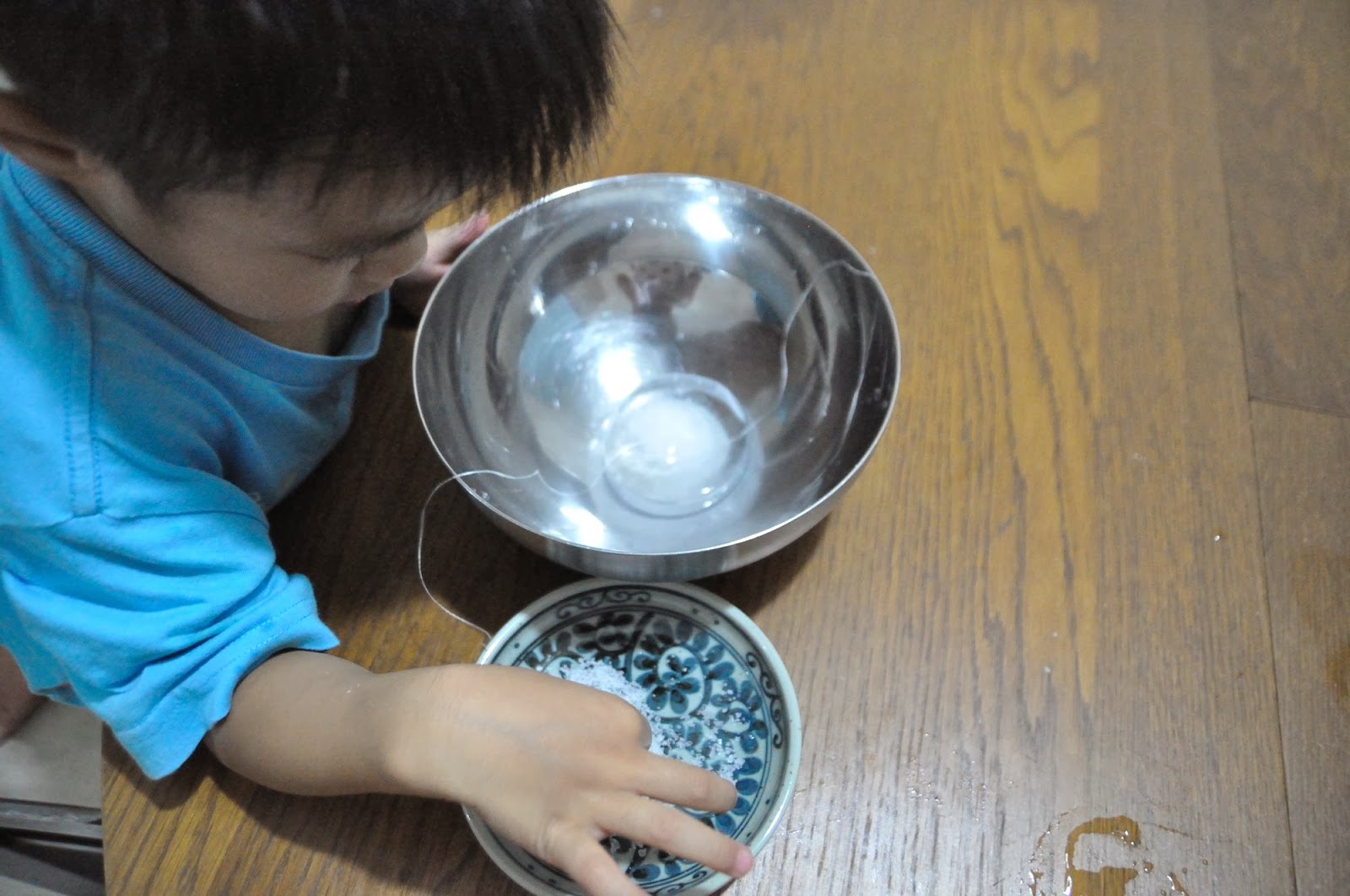 I then nudged Bubs to the dish of salt. I asked him to put a finger in, taste it and tell me what he thought it was. "Salt!" he exclaimed. I asked him to sprinkle some of the salt onto the ice and see what will happen. To his delight, the smooth surface of the ice started to melt and form ridges. The more he sprinkle the salt on top of the string, the more ridges there were. I explained that salt melts ice. We attempted to see if the string would sink into the ice block and if it'll refreeze over it so we could lift it out neat but since it wouldn't, we attempted plan B. 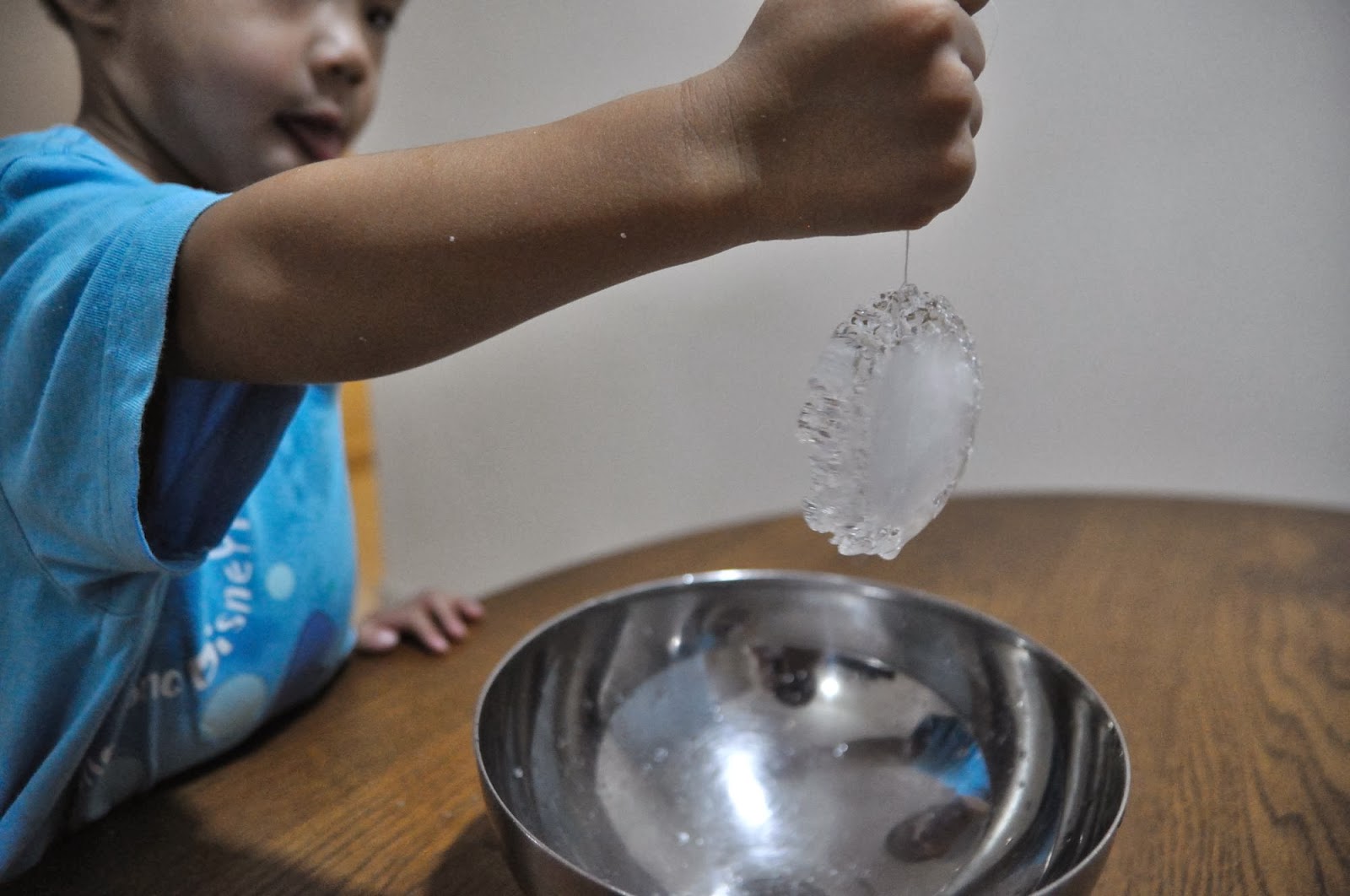 With the grooves formed around the string, I helped him lift it up and knotted the string. around it. To his surprise, it stayed fast and did not slip. 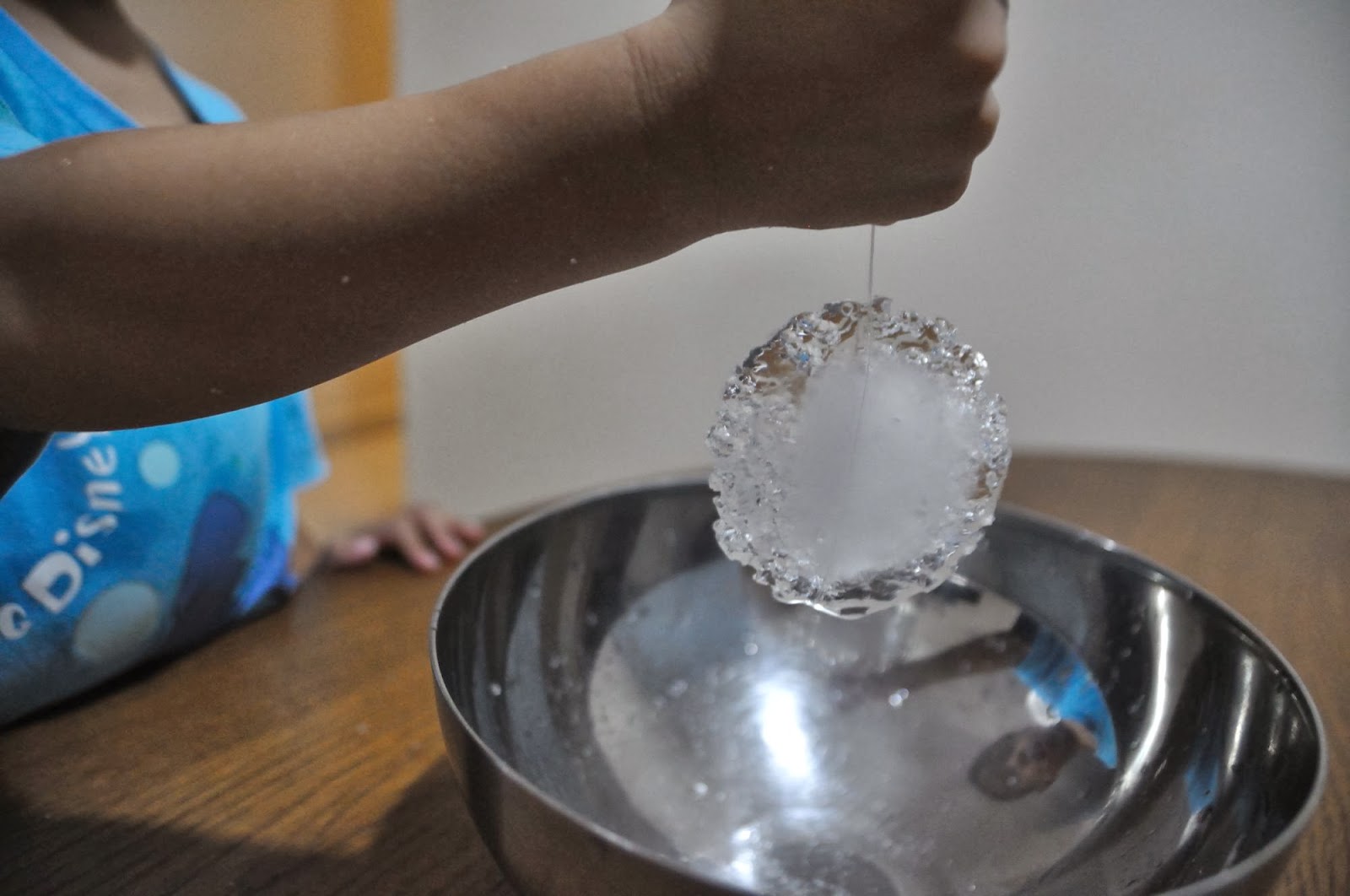 A closer look at how pretty and crystalline it was. Mission accomplished :)
Posted by The Nonya at 10:30 AM