Hubs and I still rave about that fantastic steamboat we had in Hong Kong years ago on our honeymoon; the soup was top notch, the meat was fresh and everything about it was perfect. So when we drove past Tanjung Toking, I was ecstatic to spot a newly-opened branch of Xiao Fei Yang in a standalone building next to the drive through Starbucks. 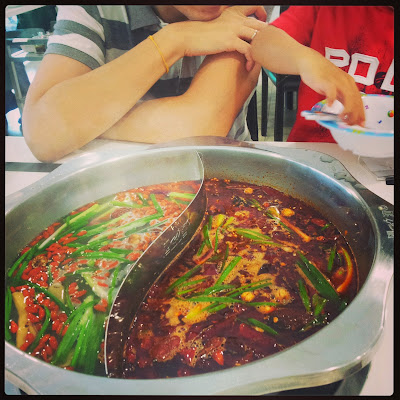 Be warned that unlike many restaurants in Penang, Xiao Fei Yang doesn't do sets. You got that right. You have to pay separately for the soup and each dish. And yes, you've to pay for water as well. Soups come only in 2 options: herbal and ma la (its loose translation of mouth numbingly fiery hot does not disappoint) and you can pay extra to have a combination of both. Both soups come studded with lots of Chinese herbs, plenty of wolfberries and red dates to add sweetness and whole garlic cloves.

I'm a bit of a chilli addict so I had to have the super spicy soup. The first few mouthfuls were okay, so I shrugged and heaped more dried chilli to my soup. Big mistake. I begged the wait staff for refills of ice water with Hubs looking pointedly at me "have we learned our lesson now? 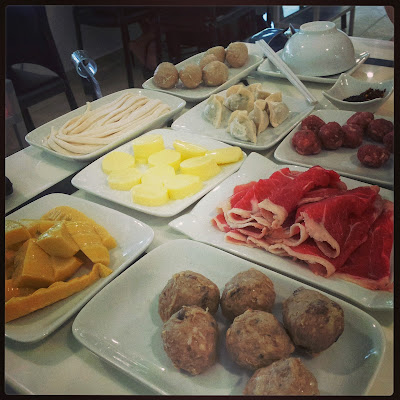 Here's a little tip - everything on the chef's recommendation page from the menu is reallllllly good! The lamb slices were tender and mouthwatering, I quickly found out why the "exploding beef balls" were named so with a bite into the succulent meat and the freshly made noodles were so perfect, Bubs demanded a second plate of it. 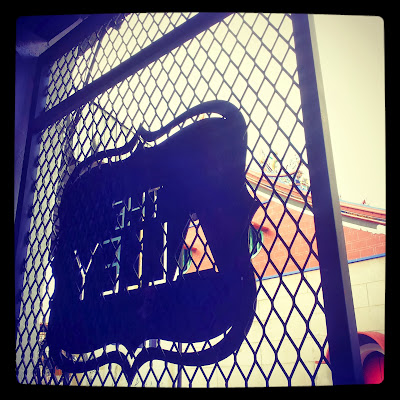 Dessert was at our favourite haunt: the Alley. Hubs was talking incessantly about churros, I was salivating over the thought of cronuts while Bubs demanded for "cake". I told you we're big on desserts here in our family :) 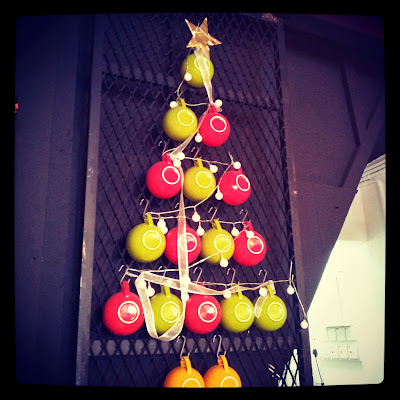 A place like this that can be creative with just the little things in life definitely deserves return visits. 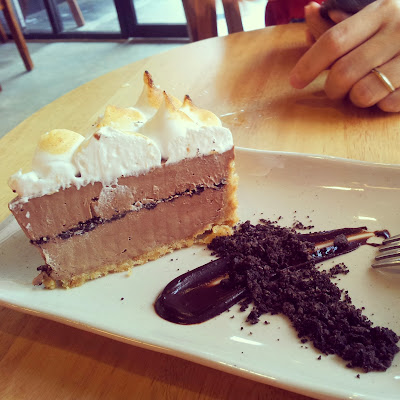 Unfortunately, they ran out of cronuts (which are baked twice daily for optimal freshness) when we were there so we had churros, a latte plus a slice of  s'more cheese cake that tastes as perfect as it looks. All three of us were fighting each other for more bites of this luscious chilled creation, the cheese was so smooth, it was almost like eating chocolate ice cream sandwiched between layers of fluffy marshmallows and a delicate crumb base. 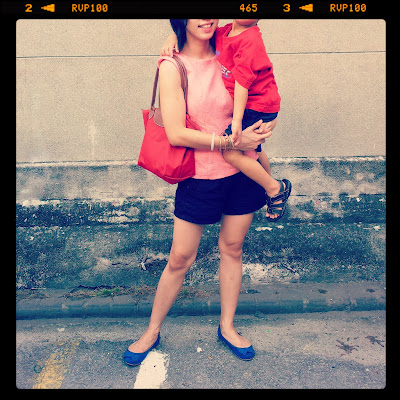 Happy campers with bellies full of good food :)
Posted by The Nonya at 11:21 AM