When I first found out that Bubs was a boy during the pregnancy ultrasound, I remember wailing to Hubs that I wouldn't know how to play with boys. Boys live in a world filled with vehicles, spaceships and robots whereas I only know how to put pretty dresses on Barbie and make stuffed toys drink from dainty tea cups. Stereotyping, huh? ;) I've found a bridge between both worlds and I can't believe it took me so long to think of it: Lego!

I was nuts about Lego growing up and it kept me busy for hours. My parents gave away my old sets, which is such a pity, those things are meant to last forever but it's the perfect excuse for me to get new ones for Bubs! Hubs has never played with Lego growing up so he's re-discovering this childhood staple each time Bubs hounds him to build something together. 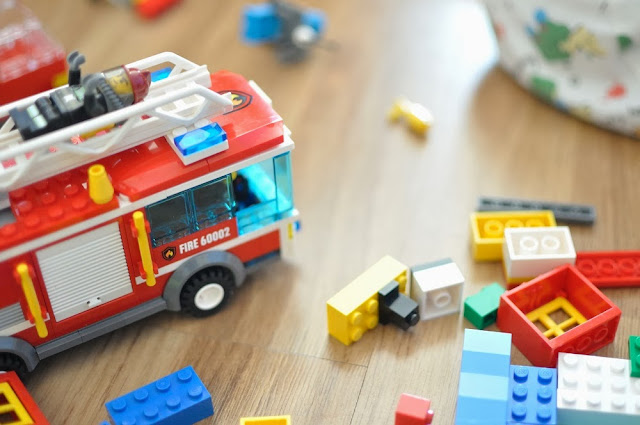 Bubs is slowly graduating from Duplo (he can easily build them now) to Lego (he fixes simple stuff based on pictures but needs a lot of help with fiddly bits). His favourite at the moment is the fire engine set my Dad got him for Christmas.

I've to admit, the first time I went to the Lego section at the toy shop with Bubs, I was shocked at the prices. I didn't expect it to cost that much and when we got home a set to play with, here are a few observations: 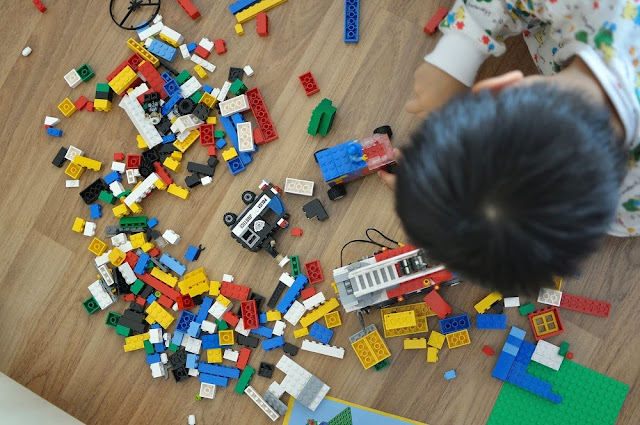 Hubs is not so much of a Lego snob purist as me and has no qualms over getting a few sets of "inspired" bricks that are compatible with Lego's bricks. I've resorted to asking friends heading to the US to get me a couple of sets and have hidden them away for a rainy day. I'm not so much of a vehicle enthusiast as Bubs, I prefer constructing houses and Hubs enjoys building things like robots and spaceships. It's going to make for a very varied Lego collection, that's for sure! 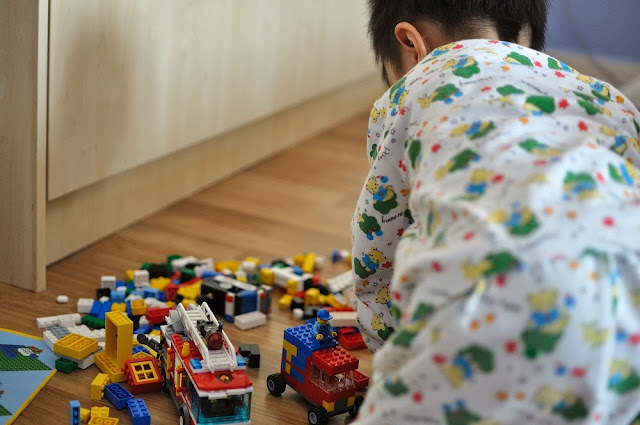