It's no surprise that I'm forever looking out for family activities that keep Bubs away from anything that has a screen so when I spotted a cryptic looking banner for Penang Cruise Day at the pier, I gamely dragged Hubs and Bubs along. 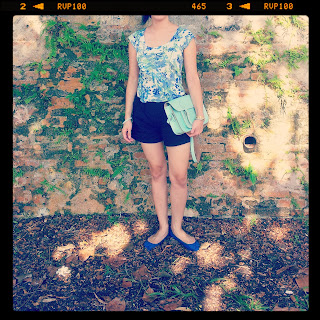 Stopped for a quick outfit of the day photo outside Fort Cornwallis. Hubs gave me a this-is-a-very-significant-piece-of-history-that-you're-using-as-a-background-prop? Vanity, thy name is woman ;) 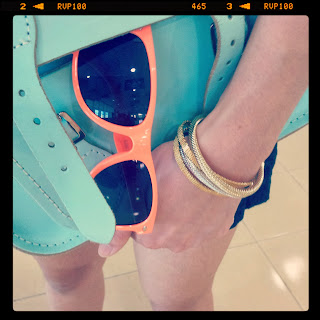 These are actually Bub's sunnies but since you can't get him to keep anything on apart from his clothes for longer than 15 minutes, they became part of my outfit for the day. 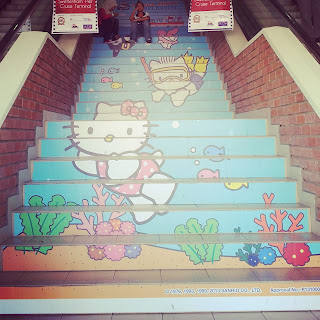 We went up this flight of Hello Kitty stairs because we thought there there was a boat tour or something for the day and we already promised Bubs that we'd be going on a ship. It turned out that the cruise ship wouldn't be ready until late afternoon but they promised us that we could go on a tour on a small boat.

That sounded promising so we walked a little further. 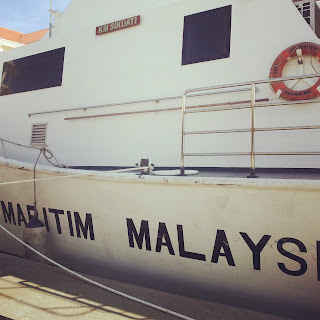 This was the boat - a Malaysian Maritime boat used for patrolling. It was a lot smaller than what I'd been expecting but we were pleasantly surprised that the crew went out of the way to help us on board, explain their roles. 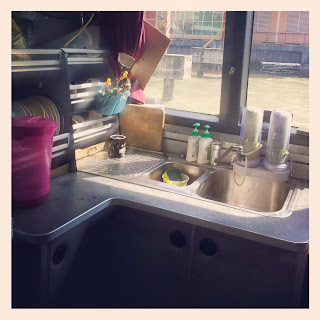 Teehee - I found this tiny kitchen onboard so cute, plus it was clean as a whistle too. 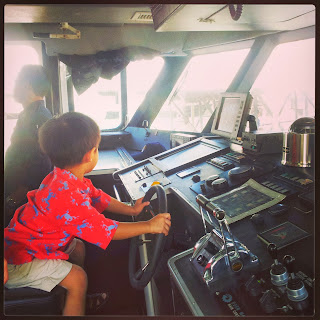 Aye, aye, Captain Bubs! He had so much fun looking at all the levers, buttons, screens and was thrilled to bits to be allowed to play with the steering wheel. The crew was so patient with all of the kids and answered all our questions about the boats, patrolling duties.

One thing's for sure, Hubs and Bubs had a good pair of sea legs. The boat was bobbing from left to right very persistently. Even the refreshing, salty tang of the sea breeze couldn't help ease my nausea :(
Posted by The Nonya at 11:33 AM