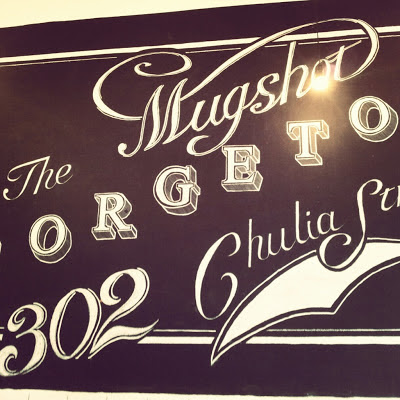 If you are enamoured by the artisan breads at Rainforest Bakery, then you're bound to be doubly enticed by their new offering: the Mugshot. It's a narrow but looooong cafe just right next to the bakery at Chulia Street. 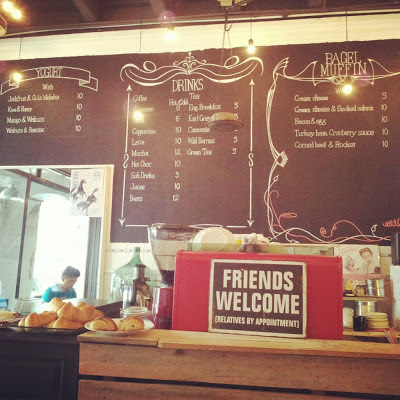 It was filled with backpackers when we were there on a rainy Saturday afternoon. We were drawn in by how cosy it looked plus the inviting scents of freshly baked goodies. The Mugshot offers a small selection of yogurts, bagels and coffees. The jackfruit and gula melaka yogurt sounded tempting but we ended up with the bacon & egg bagel and corned beef & rocket bagel (RM10 each) 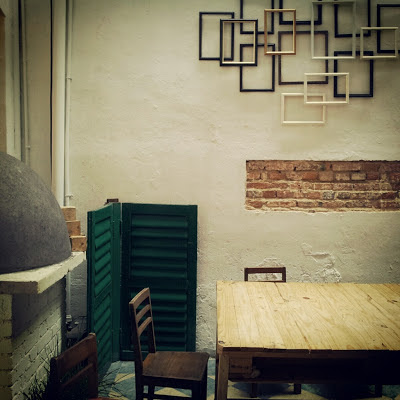 Bubs loved the low chairs that were toddler friendly. There is a small courtyard at the back with more seating choices. See that grey round thing nestled on top of white bricks? That's a wood fired oven that they use to heat up the bagels. 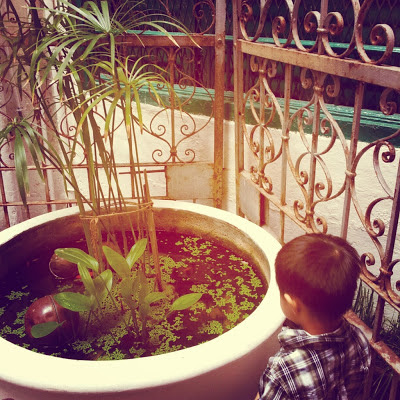 A little fish pond with lots of tiny fishes darting around. Bubs had a naughty gleam in his eyes so I quickly moved him away before he could even think of poking at them with his finger. 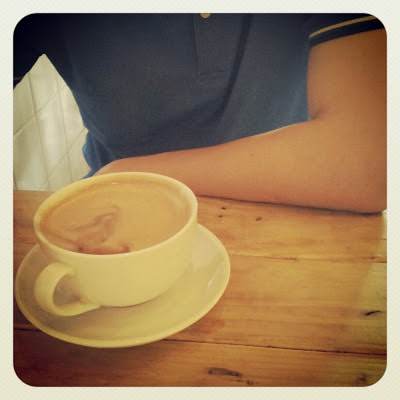 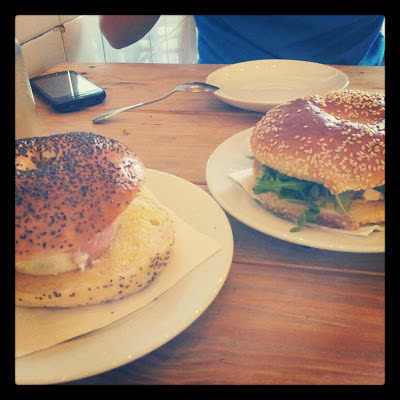 Hubs thought that the mocha was okay though he'd have preferred something richer and stronger. Maybe that's just him. I loved my bacon & egg bagel. The egg was done to perfection and when you bit into it, the creamy yolk oozed out. Hubs liked his corned beef & rocket bagel though I'm not the biggest fan of corned beef. The Mugshot makes the yogurts and bagels by themselves and while we were there, I saw them whipping up a batch of yogurt. 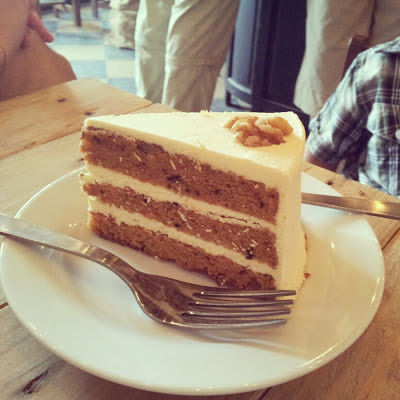 Everyone gave a thumbs up for the carrot cake, it was nicely spiced and I could see fresh, grated bits of carrot. The icing was just right too, not too sweet. 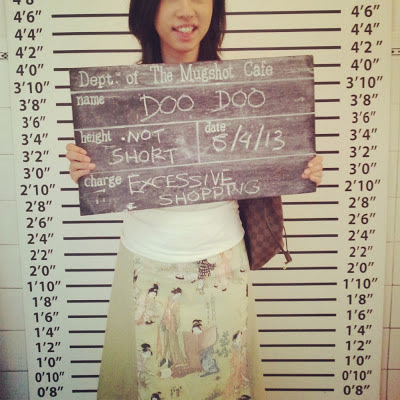 We couldn't resist playing around with the chalkboard to make our very own mugshot. 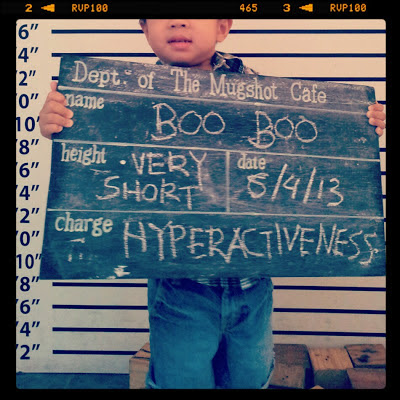 Hyperactive Bubs - guilty as as charged ;)